After giving myself a day to think about it, I decided to go ahead with the idea of filling the remaining rod ends with epoxy. The main thing that had kept me from doing this last night was worrying about the rivet holes. I didn’t want to totally fill the rod ends and then have to drill those holes again; to me, that was just asking for a misdrill and who knows what kind of ugliness.

So the plan I came up with was to basically cast the rivet holes in place, as it were. First, I set aside six of the AD4-12 rivets. These are the rivets called out for the pushrod ends, but they’re too long and so I’m not going to use them anyway. I coated each rivet with a thin layer of car wax to act as a release agent. After all, I don’t want to permanently install the rivets at this stage! Next, I mixed up a batch of epoxy, stuffed each rod end with epoxy, and then inserted the waxed rivets into each hole. Finally, I cleaned up the squeezed-out epoxy as best I could. 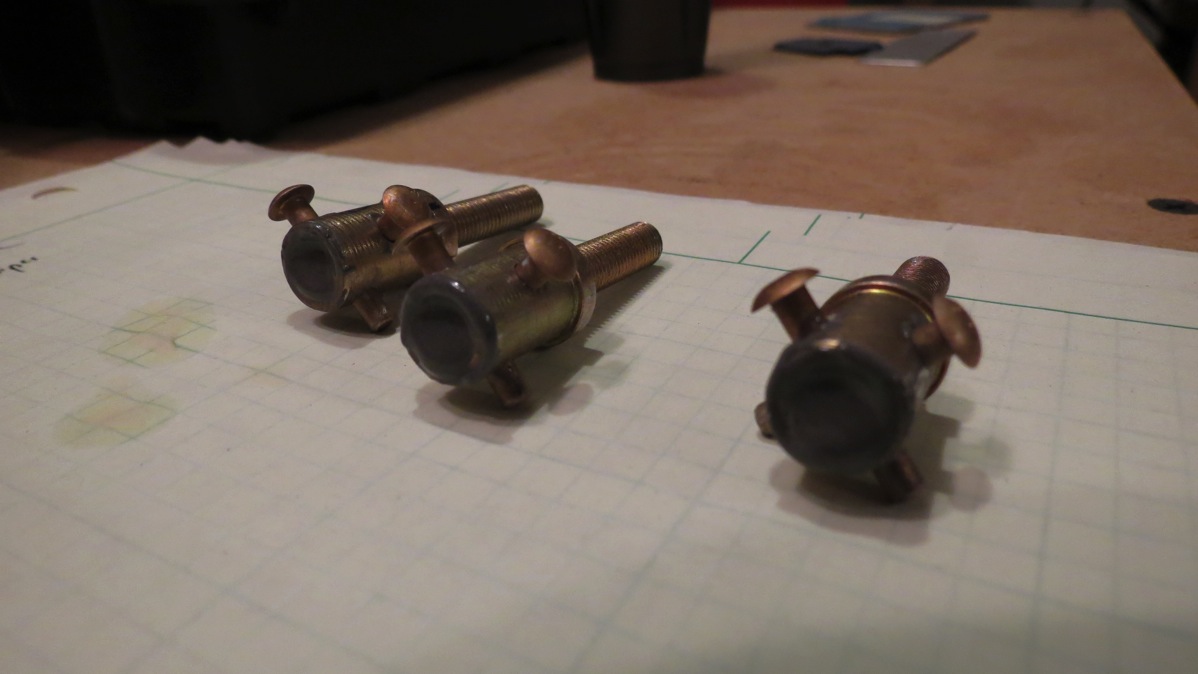 Once that epoxy hardens, it should provide some extra support for the rivet shaft and hopefully prevent the shaft from buckling during riveting and contributing to the clinching problems I had.

With those sitting aside to cure, I got out the flap components and went to work preparing them. I knocked down the edges of the inboard reinforcements with a vixen file, then finished polishing the edges on the bench grinder. Then I sat down with the ribs and spars and took care of deburring all the holes.

I suppose I should shoot an email or phone call to Van’s to see if my fuse kit shipped yet, and if they can get me the tracking info. I’m kind of surprised that they don’t notify you of the shipment without being asked; I figure most people probably prefer to have more than a couple days advance notice of the delivery date so they can arrange to be home, or on my case, to go pick up the kit.

I also gave Grove a call last Friday and it sounds like my gear legs should ship out in the next couple of weeks. I’m about to be up to my ears in airplane parts…