Kind of a token night of work this time. I considered taking the night off, but I like the feeling of momentum I have on the project right now, so I figured I’d at least do a little bit.

What I wanted to work on was squeezing the rivets between the trailing edge of the top skins and the rear spar. Initially I tried squeezing those with the wings in the cradle, but that was rather challenging. So I got Josie to come out and help me move the right wing to the workbench: 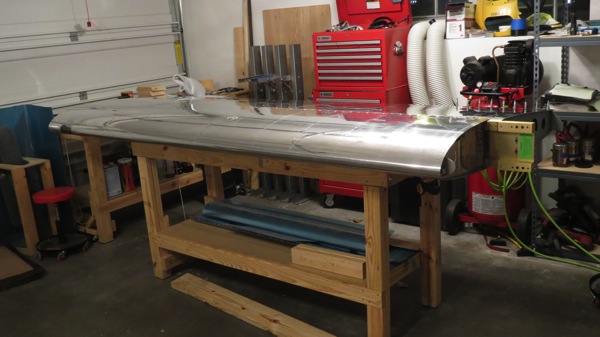 After a fair amount of squeezing, I had almost all the trailing edge rivets done: 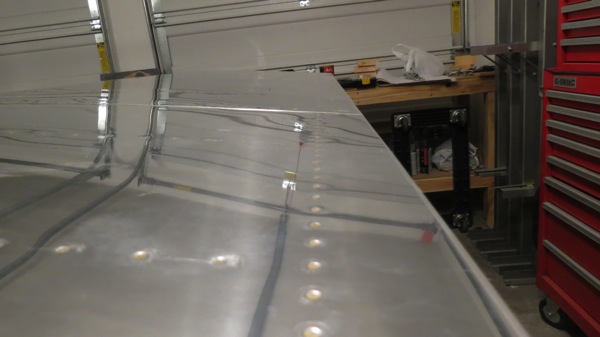 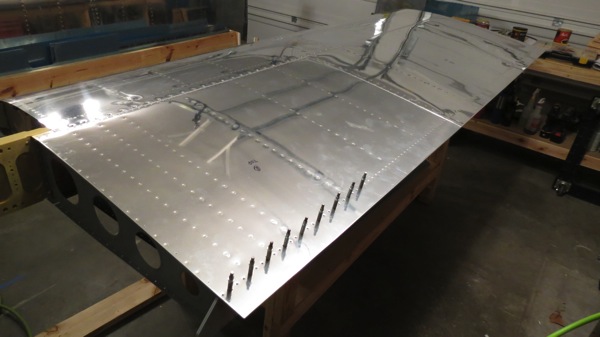 The remaining rivets are on the inboard end, where the spar channel is reinforced by a doubler. Access there is going to be tight, so I’m going to do those another night. I might actually have to shoots those, especially the lat few inboard ones, where there are two doublers. There’s just precious little space to work here, and I don’t think even the thin-nose squeezer yoke will work here: (also, I need to clean my camera lens) 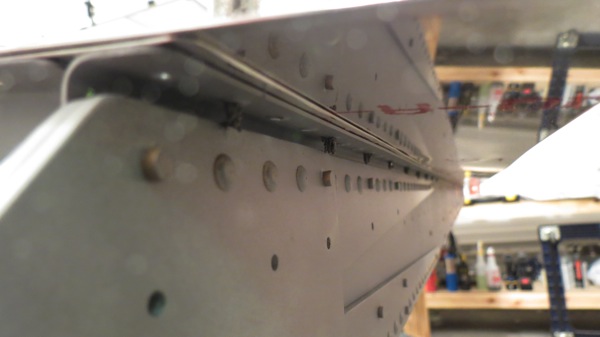