As planned, I went in and left work early today. Got home not too long after 5, changed, and went right to work on the wing cart. The tough part of this is that, since I was recycling the bases for the wing stands into the cart, once I started, I was committed to finishing this thing, unless I could find somewhere to lay the wings overnight.

First I unbolted/unclamped the wings from the stands, then got Josie to come out and help me carry them out of the garage. We just set them out in the grass while I worked: 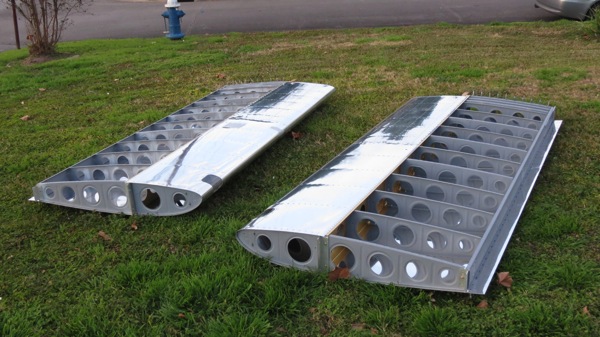 Then there was a lot of unscrewing and unbolting to take the stands off the bases and get the bases apart. I managed to get it done before it got dark, and so I was able to cut the long 2x6s to final length in daylight instead of having to set up a work light or something. Then I assembled the lower channel of the cart; this was a modification of the “normal” cart design I made. Instead of having a single plank serve as the cart’s “backbone,” I used two 2x6s, with a 2×4 in between. The result was a U-shaped channel at the bottom of the cart. I also added two more 2x6s at the top running lengthwise. This creates a nice little pocket between the wings where I can store the bottom wing skins, and thusly solves a logistical and organizational problem.

I was going to add some diagonal braces for stability, but with just the channel and two more 2x6s, this thing is pretty much rock-solid: 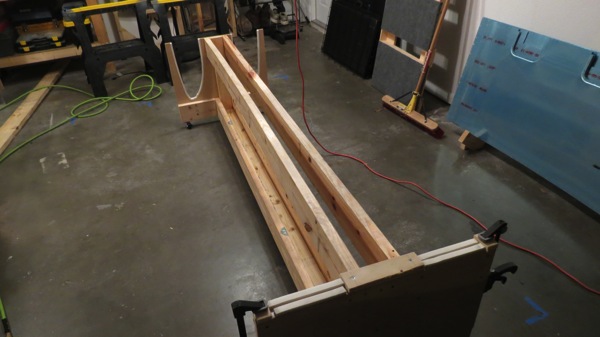 With the bottom wing skins stored in the middle: 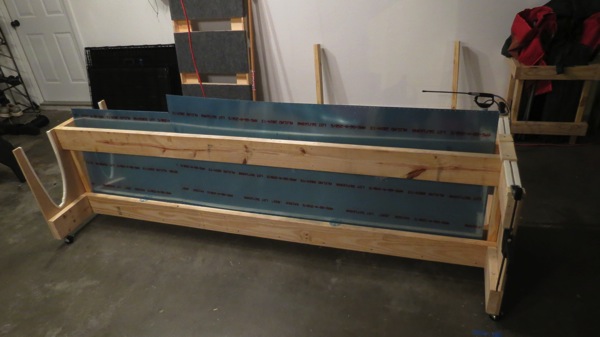 Then I rolled the beast out into the driveway and we loaded the wings into it. Perfect fit! 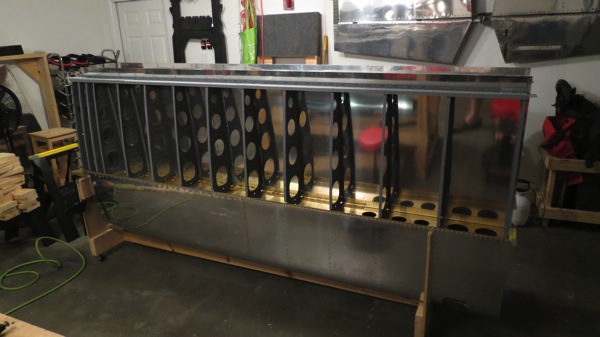 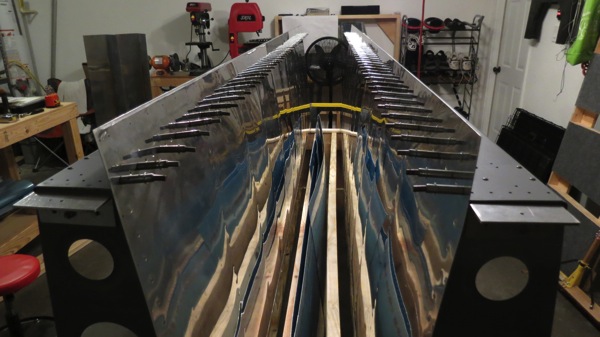 I quit at this point; it was almost 9 and I hadn’t even had dinner. I still need to clean up the garage from all this work and get things rearranged at some point. My next task on the wings will be squeezing all those remaining skin rivets, and then I can fit the flap brace and aileron gap fairing to each wing. I might be able to get the control surfaces done before the fuse kit arrives in a couple weeks; if not, it won’t be a huge deal.