Well, that does it…unless I find some leaks in this tank in a week or so, I am done dealing with tank sealant for the foreseeable future. And boy, does it ever give me pleasure to write that sentence.

Anyway, not really a lot to write about today. Mostly it was a replay of closing out the left tank a couple weeks ago. The major differences were me putting the sealant for the baffle on right the first time, and avoiding that whole annoying process of taking the baffle back off and doing it all over again. There was also the flop tube to deal with – I’d safety-wired it to the inboard anti-hangup guide to keep it from flopping around, so I had to be sure and remove that before closing the tank. I also was a little worried about the flop tube weight getting stuck in some excess sealant after I put on the baffle, so I made sure to give the tank a shake after I was done so I could hear it moving around in there.

I also was a little too task-oriented to take a lot of pictures today. Again, just go look at the photos of the left tank if you feel cheated.

Here’s the finished right tank on the spar: 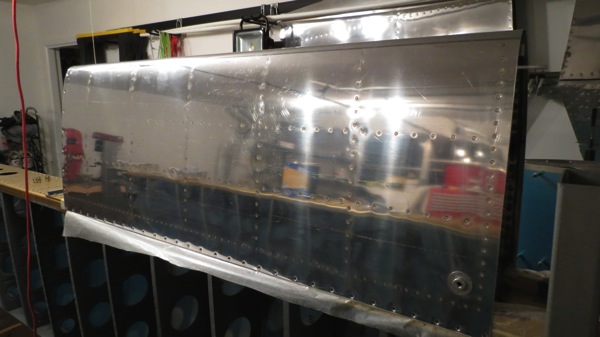 And I got another pic of the workbench. This thing looks like it’s been through the apocalypse or something. I guess it’s thoroughly broken in now… 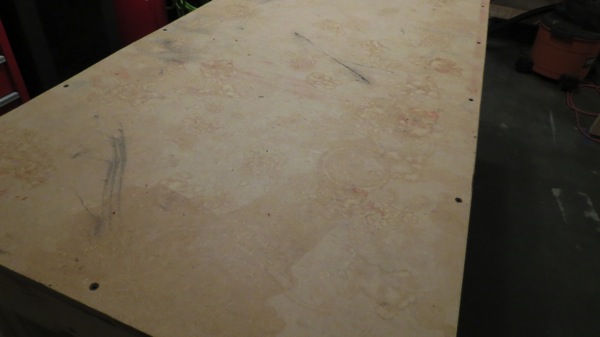