Well, after a fort-of celebratory night off after closing out the second tank, tonight I went back to work on the landing light cutout, this time in the right leading edge. I learned a little from last time, most notably with the protective vinyl getting in the way. So this time, I marked the general area of the cutout and preemptively removed the vinyl: 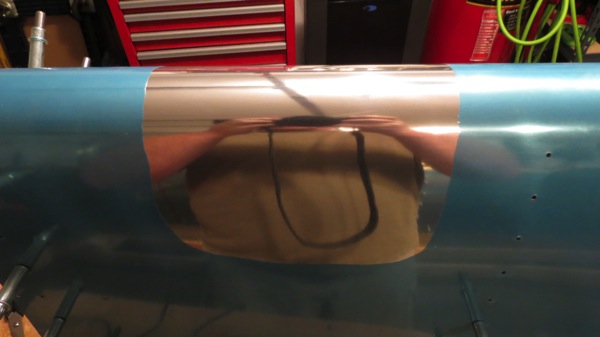 Then, as before, I traced the cutout and went to work rough cutting it with the Dremel cutoff wheel. Except I got a little sloppy at one point and let the wheel get away from me: 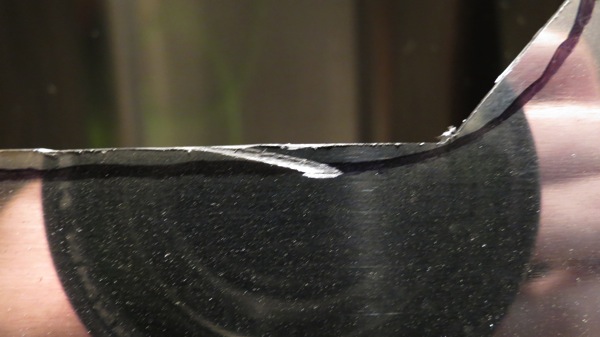 Fortunately, it’s just barely outside the line, so no big deal to just trim all that out when I finish the cutout. It’s not like these cutout are going to be precisely matched down the millimeter or anything. Sadly, that was not the last time I was sloppy. While easing out to the cutout line with the cutting bit, I let it wander out of the hole at the curved area, and the result was this lovely scratch: 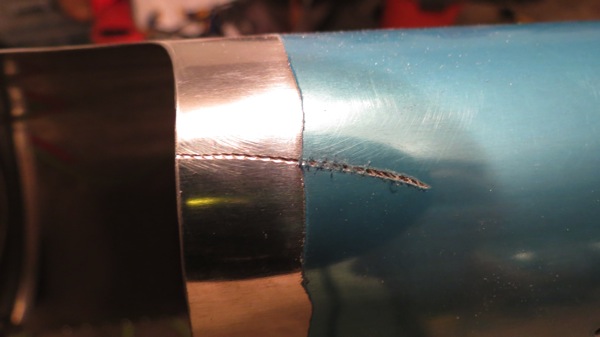 Ugh. I went ahead and finished the hole itself with the file and flap wheel, and then I set about removing that scratch. It ended up being more of an operation than I expected, mostly due to it being on the curve where any imperfection was really obvious. But after about half an hour of work, first with the flap wheel, then with emery cloth, and finally with a green scotchbrite pad, things were looking good as new: 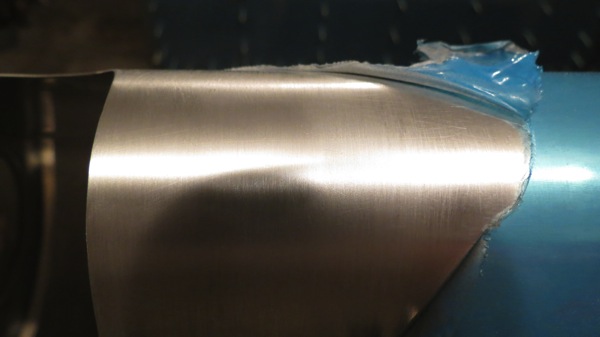 I decided to stop short of drilling the pilot holes around this one though; I’ll leave that for another night. Maybe tomorrow I can drill those and then locate and drill the reflector mount holes in the ribs. I think that once that’s done, there really won’t be much left to do on the leading edges but to deburr, dimple, prime, and then assemble. The simplicity is quite a relief after the fun of the tanks…