Not much going on today, but I did get the water leak test done on the tanks. I checked the leftover sealant from Monday last night and it was pretty well cured, so I decided to go ahead and to my leak test tonight. Not really much to this, just put a tank in the cradle, plug the drain and fuel feed fittings, and try to ghetto cap the vent line fitting (the leak test kit doesn’t come with that cap; you’re supposed to use a balloon instead).

I have to admit that it felt a little wrong to just start running water from the hose into these things. All the hours I’ve put into them, the electrical connections and so forth, and here I am just blasting it with water. I know everything in here will eventually be submerged in fuel, but still…

I filled each tank to the highest rivet line, then let the water sit for about ten minutes to give any seepage time to happen. And at no point did I see any water seeping out of anywhere. That was satisfying enough to offset the discomfort at getting these things wet. 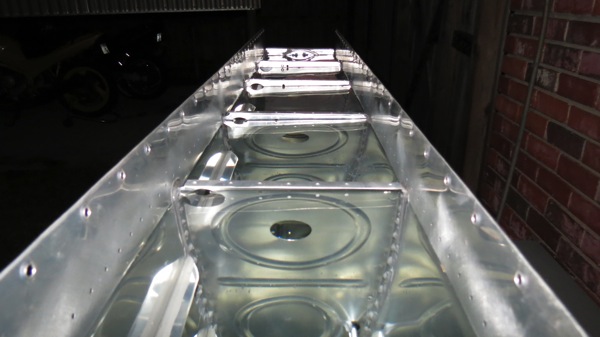 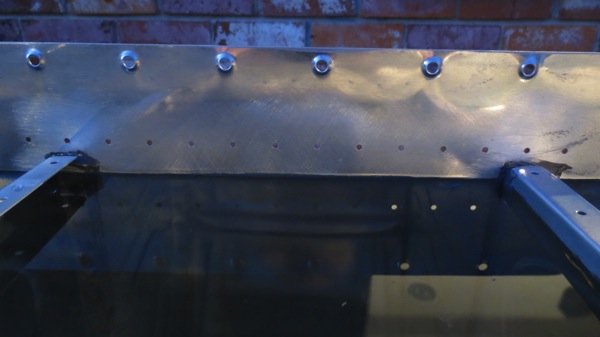 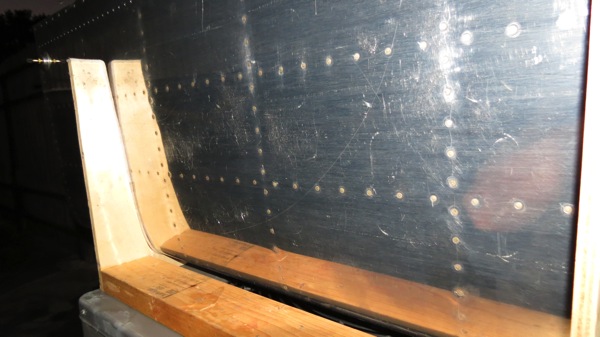 I was hesitant to do this test for several reasons, but in the end, I’m glad I did. It’s a big confidence booster to see these hold water. This still doesn’t mean that fuel won’t seep through somewhere, but it’s a very good sign.

Anyway, the tanks are now sitting upright on the workbench. I won’t touch them until Saturday; that should be enough time for the water to evaporate, especially in the toasty garage. (we’re still getting highs in the 80s here in Houston).

I also spent a little time tonight looking over the Duckworks landing light kit instructions. Doing the cutouts for those will probably be the first thing I attack once I get to working on the leading edges…which won’t be long!