So yeah, that whole notion of maybe closing the tanks this weekend didn’t work out. It probably would have been a stretch anyway, but Josie had a really crazy week at work and worked later every night (sometimes into the early morning hours). So she wasn’t able to help me rivet at all during the week.

Today, however, we finally went to town and finished the skin riveting, including replacing all the rivets I drilled out of the left tank. Once that was done, I used the leftover mixed sealant to seal up the nose rib regions in the left tank, and also to get the tank drains in place. I didn’t bother with the fay sealing stuff for those; while it was messier, there were only six rivets each, so no big deal. Before putting the drains in place, I pushed a wad of masking tape inside the drain hole. I’d read about guys using Q-tips to clean sealant off the drain threads, but that sounded like no fun at all, so I decided to make it my mission not to get sealant on the threads at all.

Drains with the holes plugged: 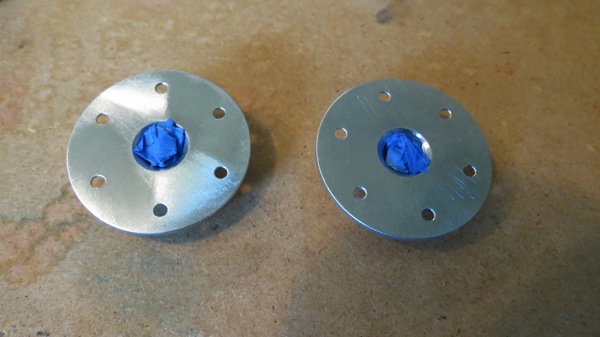 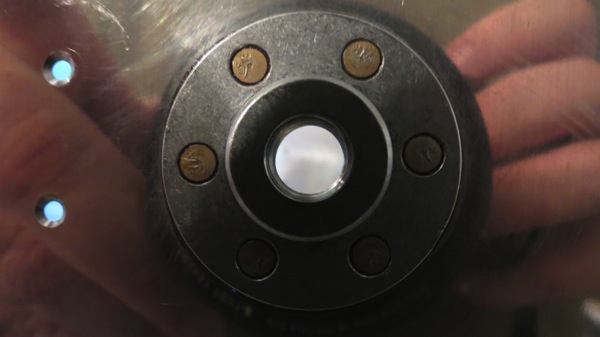 After taking a quick break inside, I came back out and mixed up another batch of sealant to cover all the shop heads with. This batch also finished off my first can of sealant. According to Van’s, it’s possible to seal both tanks with just one can if you’re frugal, but it seems like a stretch to me. I’ve wasted some sealant to be sure, but not enough to do the end ribs and baffles.

Anyway, I put that batch into a bag and went to town on the shop heads (though it occurs to me as I write this that I neglected to get the shop heads on the drains): 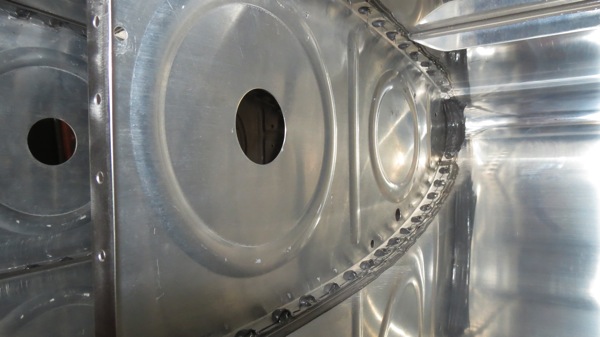 Finally, as an aside, I actually had the workbench cleaned off at one point today, which allowed me to reflect on how well-used it looks now that it’s been repetitively stained during the tank-building process: 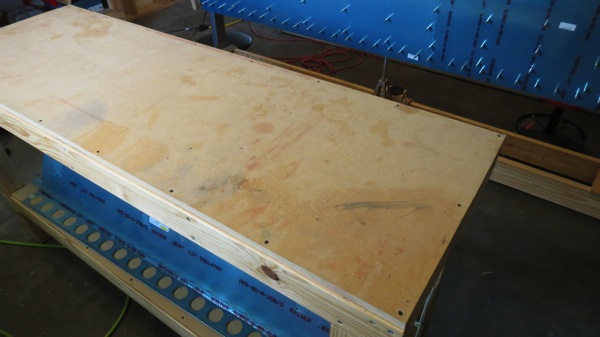 I also worked on the flop tube. I’d been thinking all along what a pain this was going to be; the tube needs to be safety-wired to the bulkhead fitting, and I’d been imagining all along that I’d have to work inside the tank to do that. It abruptly occurred to be today that I could just put the two pieces together outside the tank and do the safety wiring with plenty of room…so I did it: 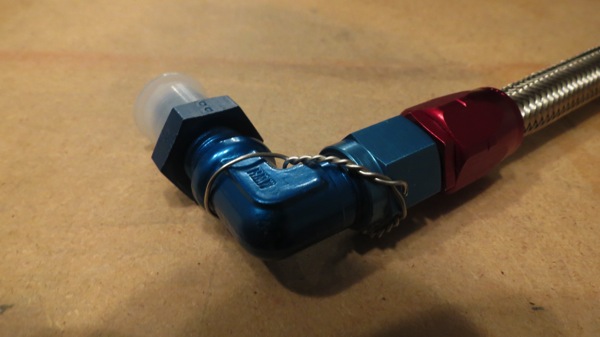 That’s it for tonight. I started to go ahead and put the vent lines and other interior stuff in place, but I want to go back tomorrow once the sealant has cured a bit and mash down all the blobs on the shop heads. The vent lines would definitely get in the way of that, so better just to wait. Tomorrow I should be able to get all the interior work done and put the end ribs in place. Next weekend really should be the time to close these things out. I imagine I’ll go ahead and do the access covers to, then let the tanks sit around and cure for a couple of weeks before I do my leak tests.