So once again, riveting didn’t happen tonight, cause Josie had to work late. However, I got a prompt response back from Van’s about the ding I put in the spar, and as I expected, the word was that it was fine to remove the ding and prime the area. So that was what I started on tonight. Fairly simple repair, though being right up against the spar reinforcement bar made it a little tight at times. 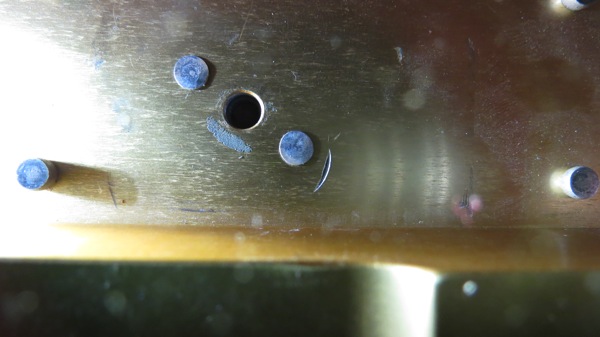 First I applied a few layers of painter’s tape to the spar bar to prevent accidentally damaging it: 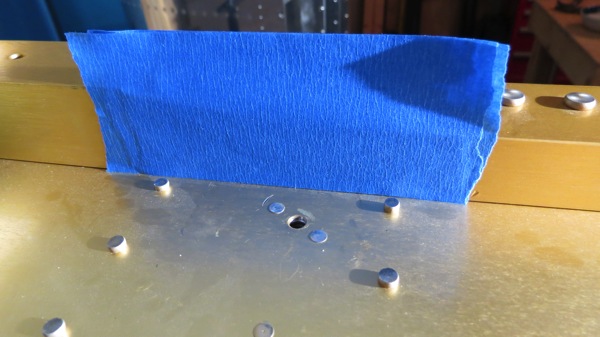 I started with a flap wheel in the Dremel at low speed, and that made short work of removing most of the ding. But the spar bars prevented me from getting the entire thing with the flap wheel, so I ended up using some 220 emery cloth wrapped around a bucking bar to sand out the rest of the ding: 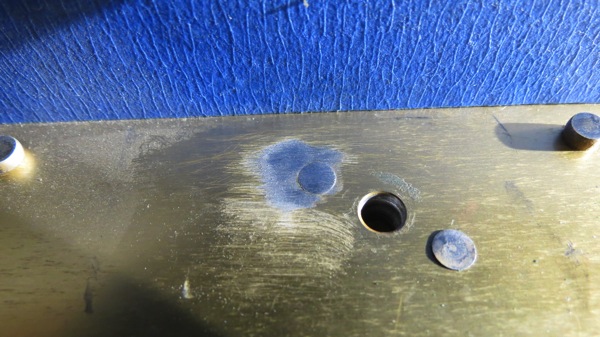 Next I smoothed and blended the area first with a scotchbrite pace, followed by 600 grit sandpaper: 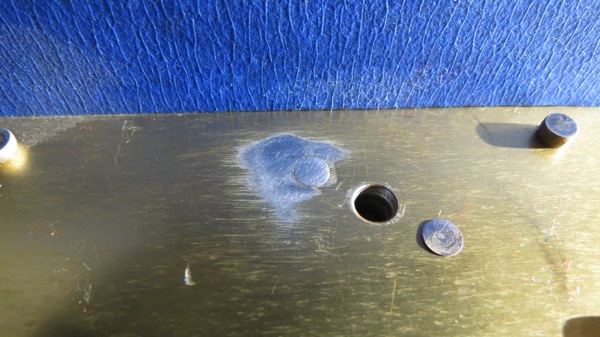 Then, after a good cleaning with an acetone-soaked rag, I masked the area for priming: 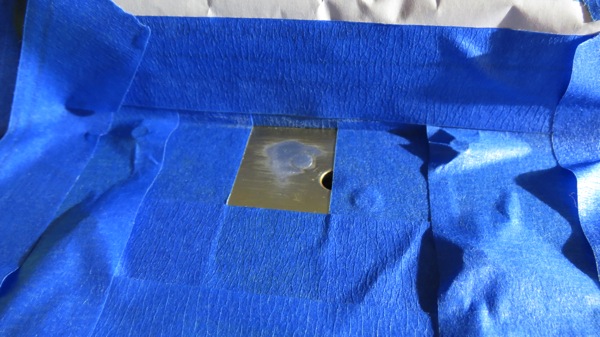 And here we are, good as new. Sort of: (I need to replace that other rivet though, it’s really sitting proud) 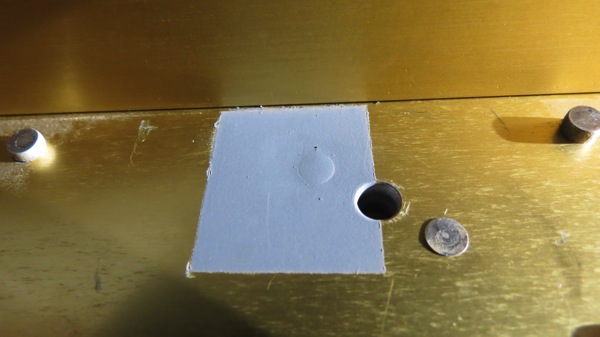 After this, I did some general cleanup, and in the course of that, I noticed an amusingly dumb oversight: on one of the left wing Z-brackets, I only riveted one side of the nutplates. Not quite sure what happened that night… 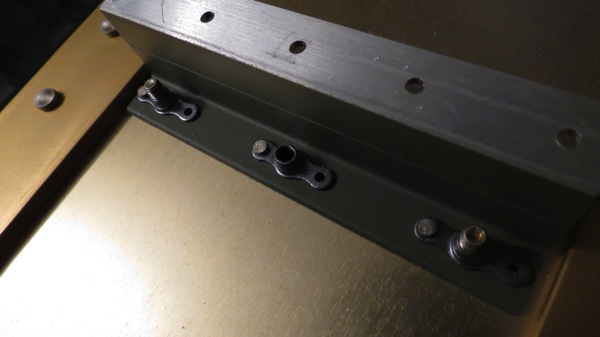 So I pulled that bracket off and squeezed those rivets. Then, since I already had the tools out, I went ahead and unbolted al the other Z-brackets and deburred the rivet holes to the tanks. One more little task out of the way before the tanks get closed.