Well, the general plan for tonight was to try and finish riveting the left tank, but first there were some prep items to tend to. Most importantly, I needed to deal with that mis-dimpled hole. Someone suggested using a NAS1097 rivet in the hole, but when I tried that, it sat a little below flush and I didn’t really like the look. So instead, I decided to countersink the hole. I knew the skin was thick enough to countersink – after all, the baffle holes in the rear of the skin get countersunk instead of riveted. And in this case, with a slight dimple in place, I’d be taking even less skin off. There will be a slight void between the rib and skin, but it’ll be filled with sealant and shouldn’t be in a high-stress area.

I’d also noticed on Sunday that a few rivets seemed to be sitting high, so I went back and inspected all the rivets I’d set. I found about eight or so that I felt were high enough to necessitate replacement. I was a little worried about this – in my mind, the rivets would be welded in place with sealant and impossible to remove. But in truth, it was no trouble at all. As a side note, I’ve been doing so much structural stuff lately that I’ve forgotten how easy it is to drill out these skin rivets. I’d just broken out a new drill bit before getting started, and I actually drilled all the way through one rivet instead of just going partway into the head. Fortunately, I was right on center and didn’t damage the hole.

One of the proud rivets before drilling out: 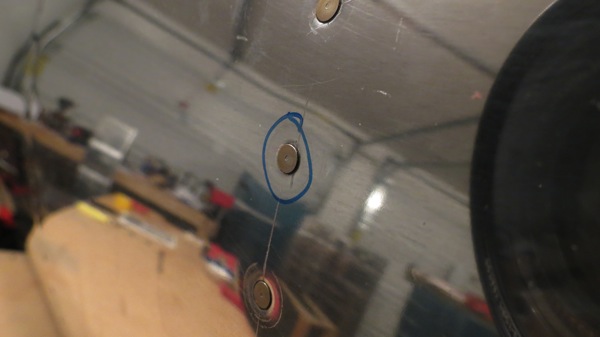 Next, I cleaned the dimples for these holes and used a long 426 rivet to test fit for flushness. I ended up spinning a countersink bit in each of the holes to help remove leftover sealant and to get a better fit. Finally, I gave each dimple a good scrubbing with an acetone-soaked rag. At this point, though, I decide that it was too late to go and mix up sealant and rivet. Better to do that when I have plenty of time ahead, even if I’m only shooting a few rivets.

So instead I figured I’d just work on some minor tasks. First up, I got out my outboard ribs, to which I’d sealed the reinforcement plates earlier. After cleaning the surfaces up a bit, I riveted those in place: 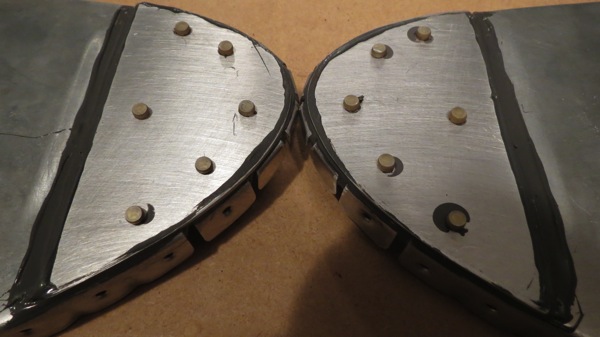 Next, I needed to modify the snap bushings to accommodate the fuel sender wires. These bushings are intended to route the vent line inside the tank, but since I’m using the capacitive senders, I’ll need to route a wire through them as well. This was easily accomplished with a cutting bit in the Dremel, though it made a mess of plastic shavings: 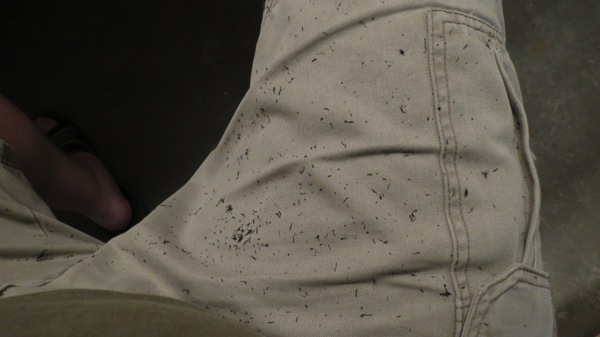 Quick look at a modified bushing with a piece of sample tubing and wire routed though it: 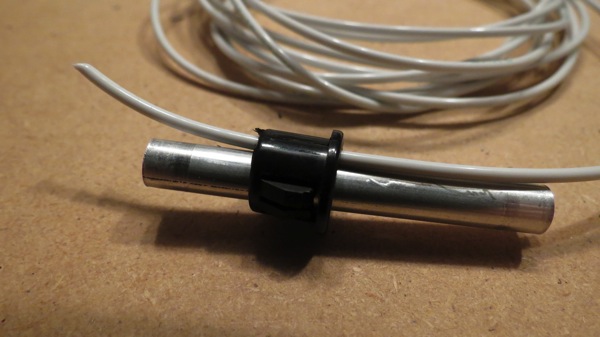 Finally, I wanted to finish up the hinge pin setup for the trapdoor in the right tank. Earlier, I bought an extra piece of hinge pin stock from Spruce just for things like this. I cut a piece to the length I wanted and put a couple of right-angle bends in it. The idea was to drill a couple of tiny holes in the rib and use safety wire to hold the pin in place. Here’s an initial test-fitting of the setup: 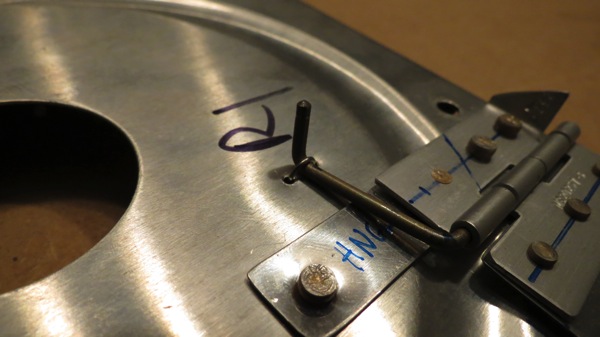 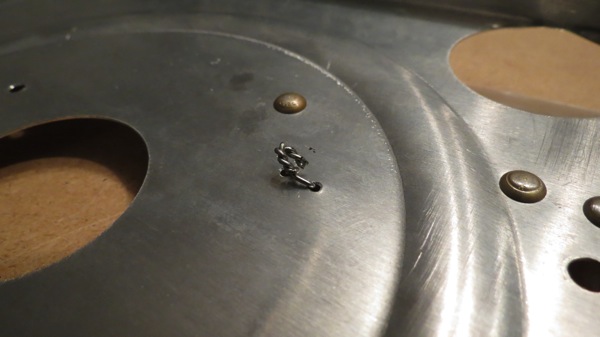 I’m not all that pleased with my wiring job, but that’s OK, cause I’ll probably just remove this again for the time being. Having the trapdoor flapping around would be a pain while assembling the tank, so I’ll reassemble it before the baffle goes in, and probably add some sealant on the works just to help ensure everything stays in place.

So maybe tomorrow I can finish this riveting. I also still need to put the vent line fittings in place and get them sealed…