Well, tonight marked my first real foray into the world of sealant. The reputation of this stuff is well-earned; it’s about the consistency of peanut butter and ridiculously sticky.

First up, the mating surfaces needed to be scuffed; to do this, I used an abrasive sanding wheel I bought for the drill. I got that thing after reading where another builder used it for his tanks, but I wasn’t too impressed with it to be honest. Maybe I was expecting more scuffing action than I got. I’ll probably keep trying it, but I expect I’ll often be falling back to the good old-fashioned maroon scotch brite pads. 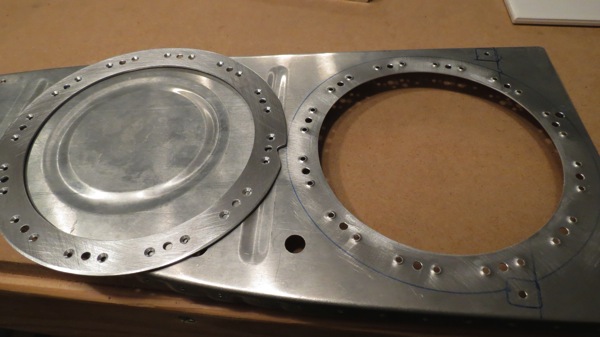 Next I mixed up a two-ounce batch of sealant and then transferred it into a gallon food bag, which served as my applicator. I put two beads on each ring, inside and outside the rivet/screw holes, plus a dollop between nutplate locations for good measure: 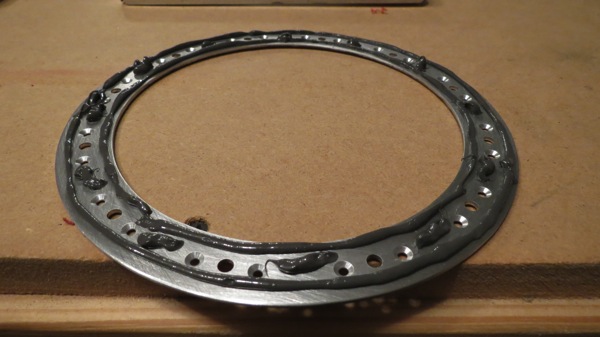 Finally, the rings were put in place and 100% clecoed through the rivet holes. At this point I was thinking that this had been surprisingly painless; I hadn’t even had to change my gloves yet. But there was one thing left to do: clean up excess sealant from the inside of the access holes and smooth the outside excess into a fillet around the rings. And it was through these tasks that my entire world got covered in sealant. After much wailing and gnashing of teeth, plus a few pairs of gloves, numerous acetone-soaked shop rags, and my first T-shirt with a sealant spot on it, I finally had things looking good: 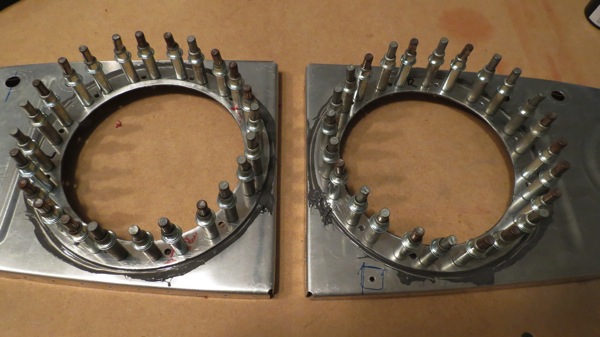 Well, mostly good. The version of me from two hours ago wouldn’t have liked all that extra sealant outside of the fillet, but the current version of me doesn’t care. It’s inside the tanks, no one will ever see it.

Tomorrow I get to find out about the joy of riveting with this stuff. I should go ahead and cut up a few hundred shop rags just so I’m prepared…