So what has to happen is this: the rib is slid into place inside the leading edge skin, aligned, and the rear flange is drilled in assembly with the main spar and clecoed into place. Then the joint plate is weaseled into pale between the rib and skin, everything is aligned carefully, and the holes are drilled. The tough part is that with the rib flanges out of sight, there’s no real way to get direct feedback about whether the alignment is good.

To start with, I wanted to prebend the joint plate to make it easier to slip into place. The easy way to do this seemed to be to just bend it around the rib itself. First I did a rough check to compare the joint plate length to the length of the rib flange. Turns out there’s a little extra: 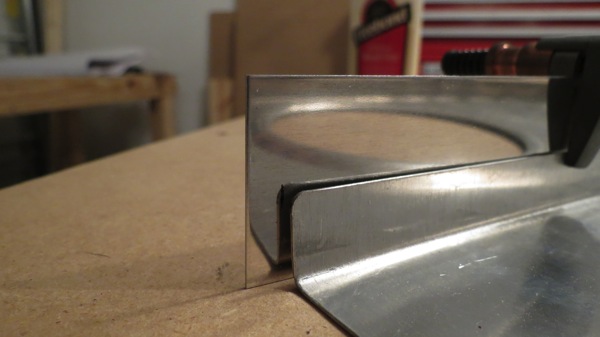 Because I’m a little OCD, I had a strong desire to have the same amount of material overlapping the rib flange on both sides. So I measured that overlap above, cut it in half, and made an alignment mark. Next, I drew a layout line 1/2” from the edge of the joint plate. This line will align with the skin holes to help me set the depth correctly. Then I went to town clamping the plate to the rib: 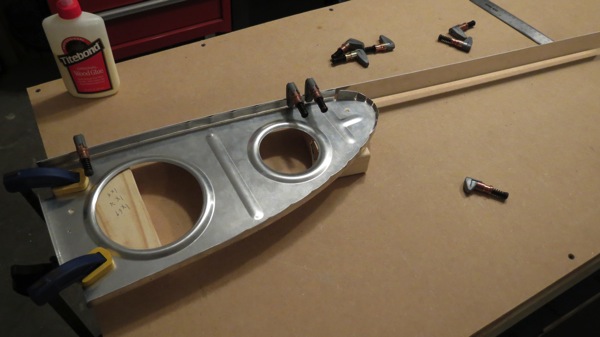 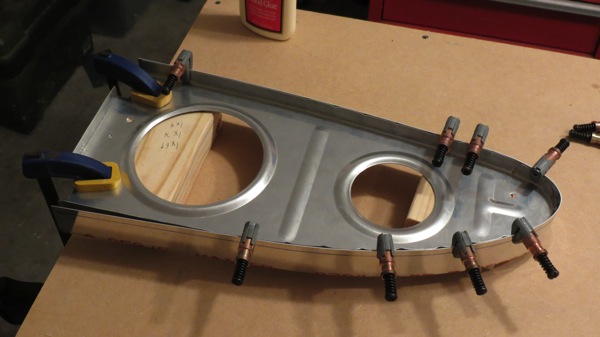 This didn’t really have a huge effect on the plate; only the area at the leading edge of the rib really had any plastic deformation. Still, better than nothing. Next up, time to slip that rib in place and drill the main spar holes. Those holes sit really close to the main ribs aft of the spar, so space is kind of limited. How to deal with this? With an absurdly long drill bit, of course: 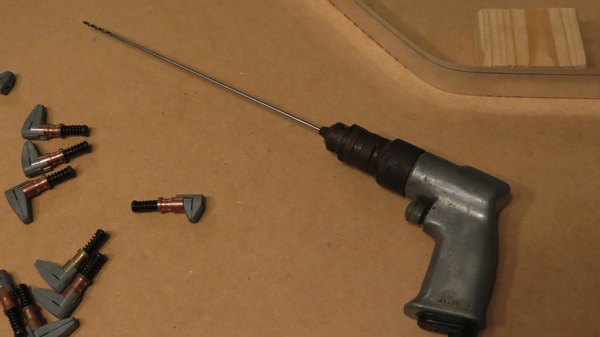 I triple-checked alignment between the skin and the rib, added a clamp just as insurance to keep everything in place, and did my drilling. Nothing to it: 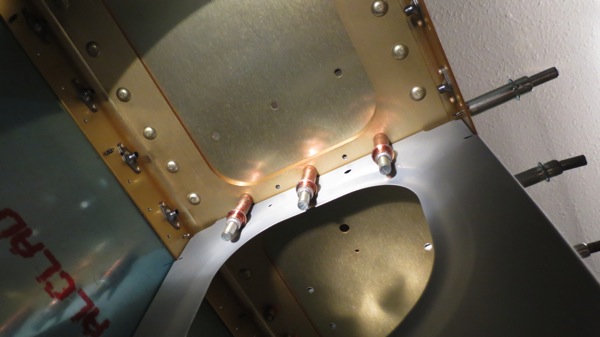 Okay, now to slip the joint plate into place. This is where it gets fun. I painstakingly got the plate aligned, then ensured the rib was in place too, tapping to and fro with a mallet. The fun part is that moving the rib tends to move the plate and vice versa, so there’s a bit of tail-chasing that goes on here. Finally I had things straight, and I went around measuring another time just to be sure. But there was an anomaly – according to the instructions, there should be 11/16” of joint plate exposed for the tank to mount to. I had more like a full inch. It seemed like a small amount, but if it interfered with the tank rib, that would be A Big Problem.

To check the fit, I grabbed the inboard tank rib and a Z-bracket, clamped them together, and held them roughly in the spot where they’d live. It was hard to be certain, but I felt that there might well be some interference. So I decided to move the joint plate outboard a bit; instead of having my layout line in the skin holes, I shifted it until it just disappeared. This still left me with some excess joint plate, but only by a couple sixteenths. Once again, I measured, re-measured, measured again, etc. Finally, there was nothing to do but to start drilling.

I wasn’t too worried about accidentally hitting the spar, but I used a drill stop just for good measure. I started with the aft most holed on the top side, drilled, clecoed, re-measured everything, drilled a couple more holes. clecoed, re-measured, and so on all the way to the rib tip. Then I went around to the bottom side and repeated the whole thing. I was pretty obsessive about re-measuring to make sure nothing had shifted.

Finally, all the holes were drilled, and it was time to remove the clecos, pull the rib and joint plate out, and see if I’d violated edge distances anywhere: 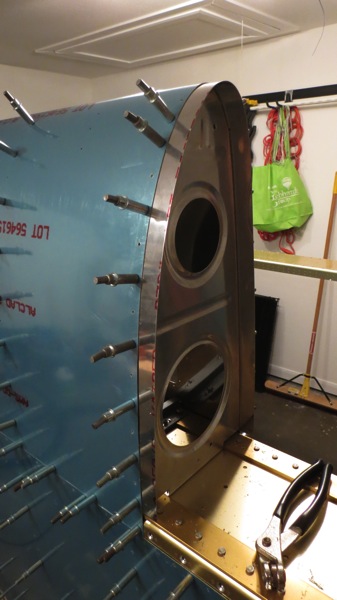 Oh boy…nervous…don’t want to have ruined parts…oh boy……..Whew! Everything looks great. If anything, the holes are a little close to the rib face; they’re definitely nowhere near too close to the edges: 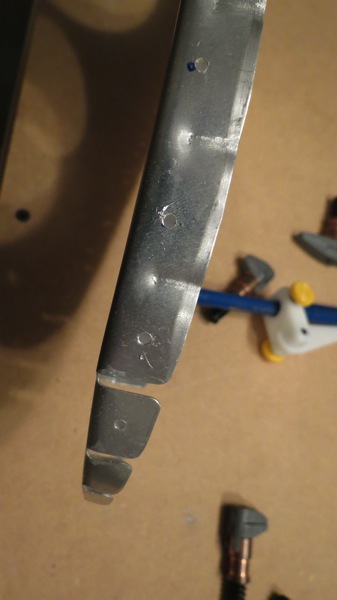 That’s it for tonight. Tomorrow, I’ll be moving on to the left tank. I’m continuing to put off right wing work because of another thing I want to settle. Back when I was riveting the left skeleton, I went ahead and riveted three nutplates that will mount the most inboard tank attach bracket. Well, I realized there’s a reason to leave those nutplates off; the tank attach brackets are not predrilled, and have to be drilled using the spar as a guide. I’m confident I can do this effectively with the nutplates in place – all it should entail is drilling the brackets to #30 in assembly, then enlarging the holes for the AN3 bolts. But I want to test that procedure before riveting the left wing skeleton, so I can make an informed decision on whether to rivet the same three nutplates ahead of time there too. If I have problems on the left, I can leave the nutplates off and not waste time.

At the rate I’m going, I’ll probably end up finishing all the basic tank fitting on the left wing before moving on to the right. Meanwhile, I’ve got an order list going for Van’s. Come to think of it, I’ll have to make that order before I can really get going on the right wing, since I need to replace the two skins that got ruined in the move. I guess I should go ahead and order the Proseal for the tanks too. I’ve been holding off on that since the stuff has a shelf life of just a few months. Better to wait until I’m  close to doing the tanks, which I think I am now. I figure I might be ready to start sealing those SOBs in the next few weeks.