First thoughts: Everything from the empennage seems tiny after touching all the wing parts.  From 10-foot main spars to fiberglass wing tips that a small child could use as a canoe, the scale has definitely bumped up quite a bit.

Even though my delivery was scheduled for the afternoon, I got a call from the driver not too long after 11 AM, asking if it was possible to do the delivery earlier.  Since I work close to home, I agreed.  I’d been planning on stopping by Lowe’s to get a furniture dolly to help with moving the crates, so the only wrinkle in the accelerated delivery was that now I had to really move to get the dolly and get home to meet the driver.  He actually beat me to the house; when I got there, he already had the larger of the two crates partway onto the lift gate.

I had a couple friends heading over to help out, but meanwhile the driver and I kept going on the first crate.  We moved it back and I stabilized one end while he lowered the liftgate with the other end.  We got it onto the dolly and rolled it down the driveway and into the garage.  I’d kind of been worried about the muscle needed to move the crates, but doing it with two people and the dolly was easy.  I did, however, notice when it came time to get the crate off the dolly that it was upside-down, so we carefully rolled it upright.

As we headed back out to the truck, my friend Rich showed up, the first of my two requested helpers.  Actually kind of good timing, since crate #2 was the 16′ long spar/longeron container.  An extra set of hands was helpful for getting that one down and onto the dolly, after which Rich and I rolled it into the garage.  About the time we got that crate off the dolly, Cristian (aka Friend #2) arrived, just in time to sort of stand back and say, “Yup, looks like some airplane parts.”  After writing a check for the freight charges, it was time to grab some lunch and head back to work.  Surprisingly, I didn’t have a lot of trouble being productive the rest of the day…probably because I’m trying hard to wrap up a project, so I’ve got plenty to do. 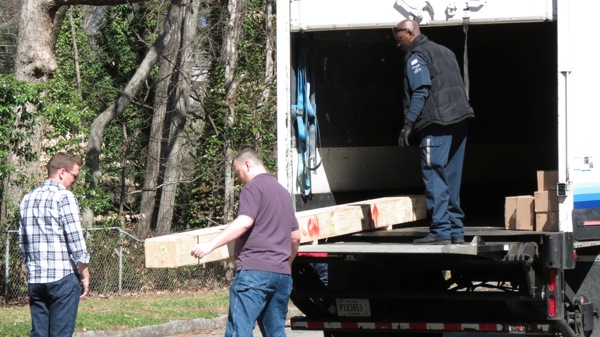 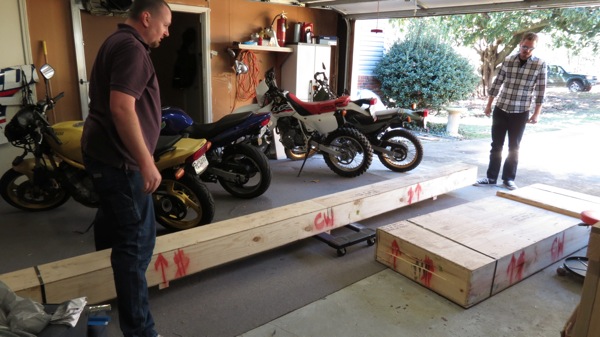 Back home that evening, I cracked open the crates and got to work inventorying.  Josie came out to help once she’d finished up her work day, and I found that having two people for inventory makes things go quite a bit faster.  Over the course of two hours, we checked off everything in the crates except for the Big Bag O’ Hardware; we’re going to leave that for tomorrow night, and take care of some hardware organization at the same time.  I also haven’t put away most of the parts; I did get the ribs stacked on one shelf, but everything else i left kind of out in the open, because I want to try to organize everything effectively instead of just tossing it on the shelves all willy-nilly.  And I’m not quite sure yet how to store the wing skins or the longerons and other extremely long parts… 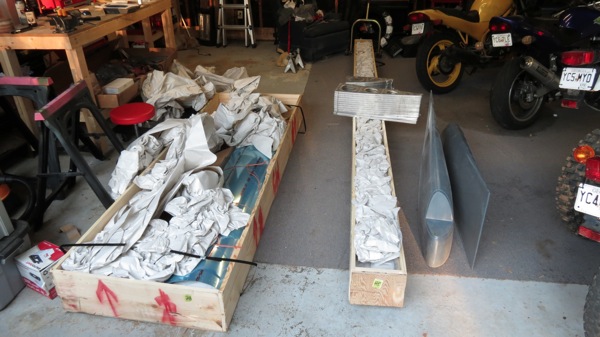 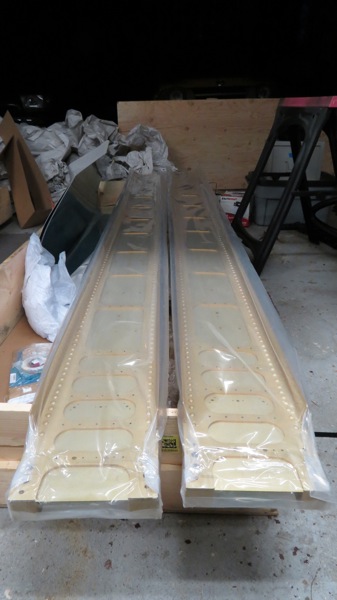 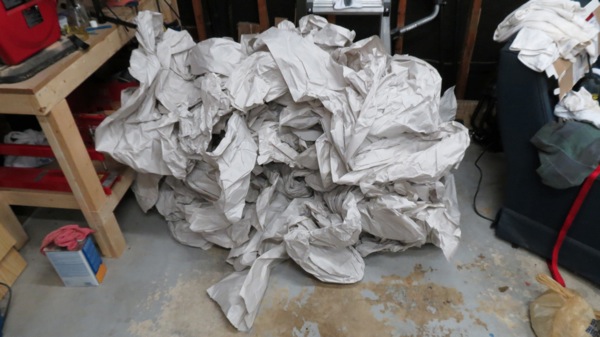