Tonight’s goal was to see about figuring out those outboard saddle bolts and the anti-rotation tabs. I started off with the one that just barely wouldn’t sit on the hole – that is, the easiest one. Just a bit of time on the bench grinder removed enough material for it to clear the adjacent nut, and I was able to get the bolt started. But as I tapped it into place, it stopped about halfway in, and…I saw that there was a nut in the way, from one of the batch of screws around the base of the gear tower. So I had to pull the bolt back out and remove that screw as well – but after that, I finally got the bolt installed.

With that lesson learned, I removed three more screws – one that would interfere with each bolt, and then it was just a matter of modifying the other three tabs. Two of them needed a decent amount of material removed, to the point that I sliced off a portion with a Dremel cutoff wheel before fine-tuning with the grinder. In the end, though, I got them all in, and with only a minimum of drama. I’m glad it went faster than the five hours the other guy said he spent on this.

To commemorate the occasion, I figured out a contortion that allowed me to both shine a flashlight on a pair of bolts and also point my phone in there, to illustrate the tab installation: 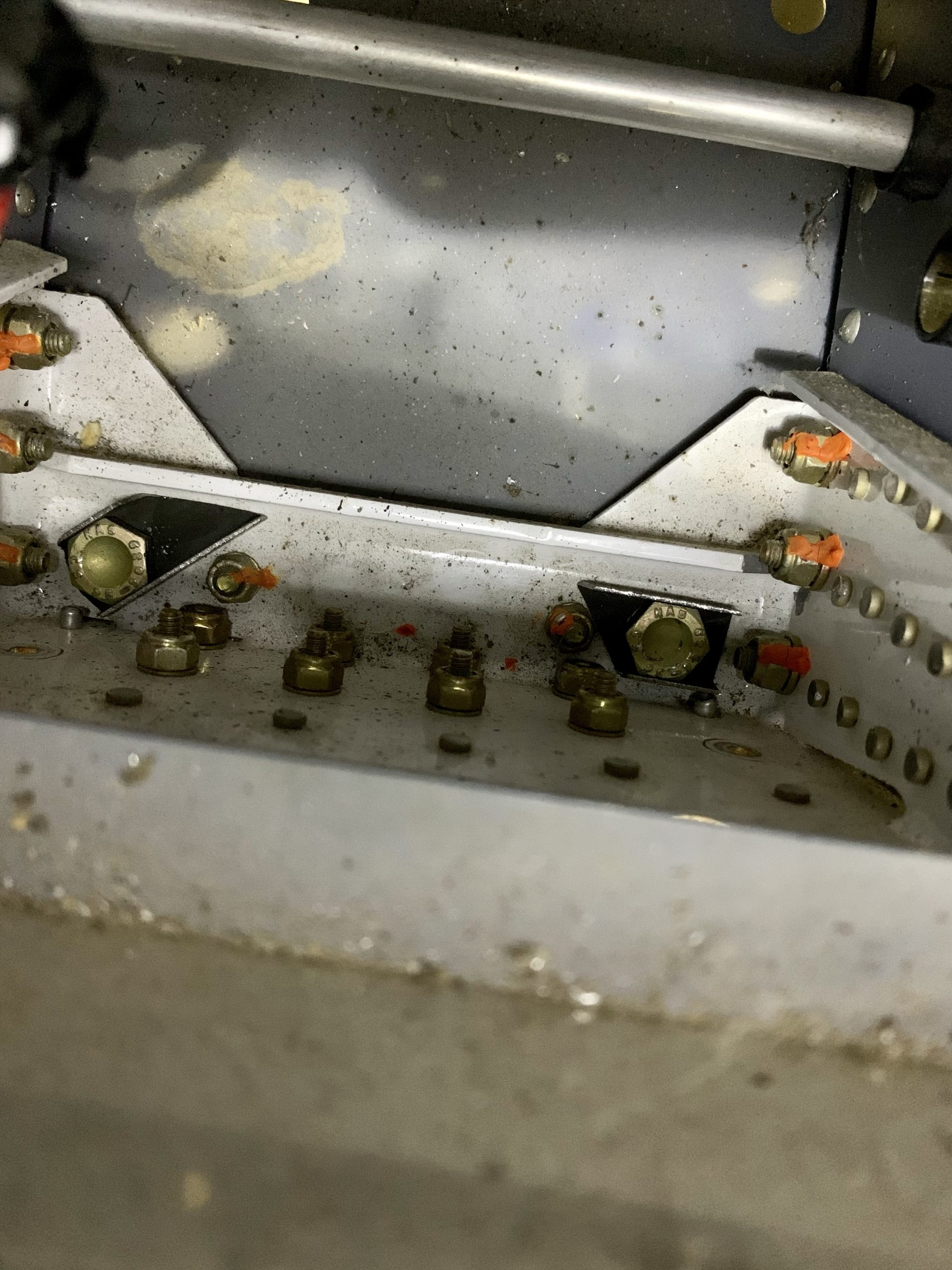 I haven’t yet reinstalled those four screws I took out, just on the off chance that I might need to remove the bolts yet again before this is all said and done. There’s also one more chore to do before actually installing the legs, which I’m glad I thought about last night. Since the legs include the brake passages, NPT-AN fittings need to be installed at the upper and lower ends of the legs. The upper fittings will be 90° elbows, and I don’t think there will be enough room to turn them with the leg in place – so I’d better install the fittings first. Fortunately, I found them on Amazon and they’ll be here tomorrow, so no delays from this.

Speaking of tomorrow, we’ve got other stuff going on, but maybe Friday evening we can get these things hung…