Well, I almost talked myself out of working on the horizontal tips tonight, since it’s dropping into the 40s later, but eventually I decided to do it, and just bring the heat lamp into play if necessary. First up, I actually needed to fine-tune my balsa inserts a bit more. One thing I noticed as I was finishing up last night was that the horizontal tip profile didn’t match the elevators very well – it was a bit fatter not too far from where it joined the stab.

One thing I’ve learned is that these gelcoat pieces can be coaxed into a more permanent shape change by stressing them and leaving them that way for a bit. This is, in fact, how I handled these same pieces not fitting the stab curve very well – I stuck little popsicle-stick spacers in to spread the pieces to fit, and found that after a few days they were staying in that shape.

So last night, before quitting, I put a clamp on each stab tip to squeeze the open end to better match the elevator, and left those overnight. Today when I removed the clamps the tips stayed where they were, and matched the elevator profile much better. But that did change the shape of the open end, so I had to tweak the balsa plugs a bit.

After that was done, I got to work bonding the plugs into place. One thing I learned after closing the vertical stab tip was that it would have been better to lay up the glass cloth reinforcement over the wet flox mixture, rather than doing two separate work sessions. Makes sense – having the still-runny flox mixture under the glass means it’ll make much better contact, rather than trying to shape it around dried flox.

The concern I had with this was that without the plugs bonded in place, I was worried they’d move around as I was working the glass plies into place and wetting them out. That was easily solved by using a spring clamp on the open end of each tip after placing the plugs with the flox around them. The clamp also provided a handy handle while working with the pieces: 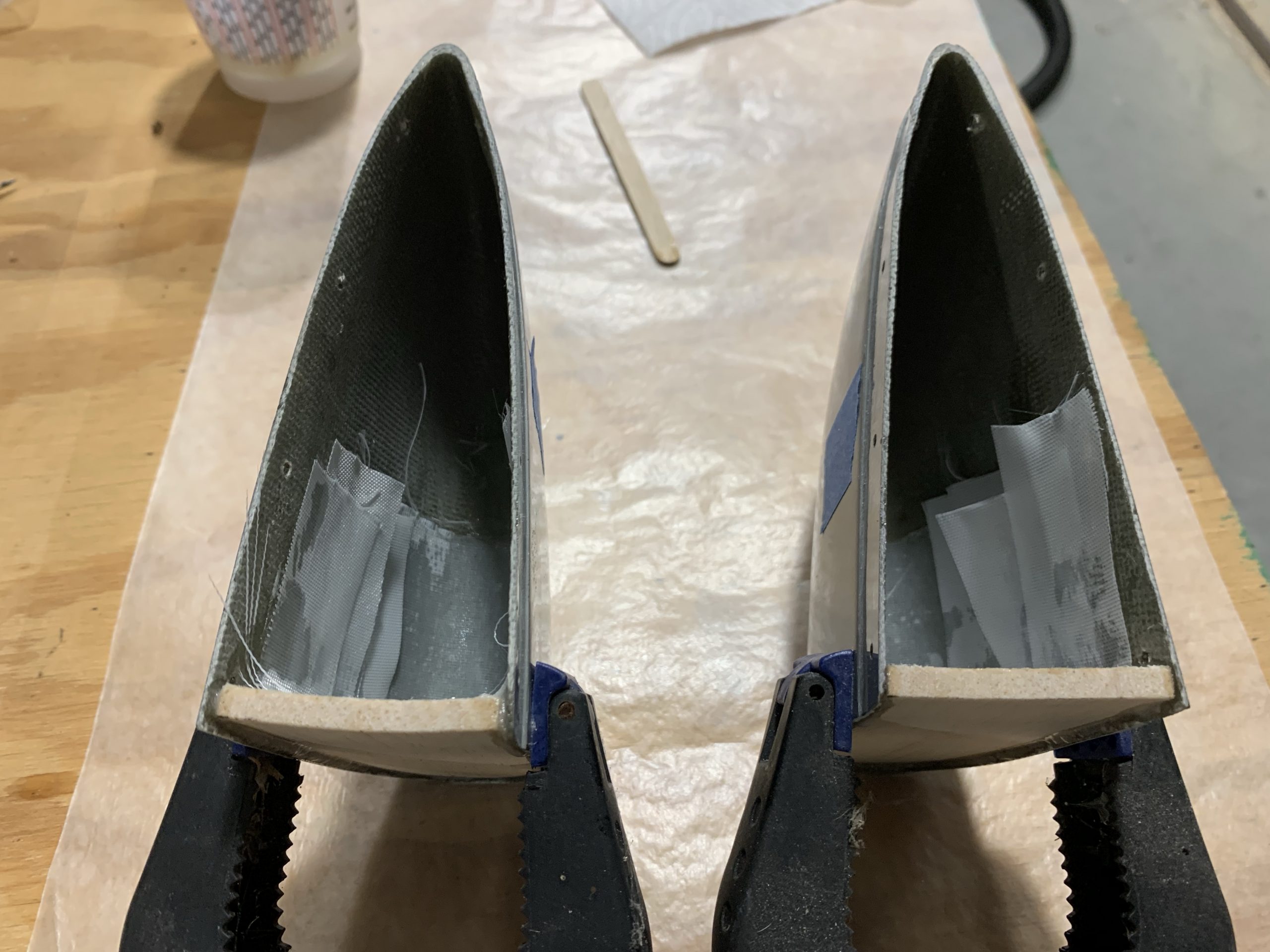 The fun part about working inside these tips is trying to wet the glass out without making too big of a mess. It seemed unavoidable to have an excess of epoxy end up inside, even when I tried hard to use the excess for wetting out. If I’d let the tips cure in the position shown above, that wouldn’t have been too bad, just a bit of extra epoxy weight – but these needed to be clecoed to the elevator while curing, to ensure that the whole assembly cured up nice and square. The last thing I wanted was epoxy running out for the tips and gluing these unfinished tips to the stab, which is why I topped everything with the peel ply. This isn’t really required here but it’ll help keep the excess epoxy from going anywhere it’s not supposed to.

The last step for the tips was to clamp the open ends again just to make sure they held snug against the plugs while curing: 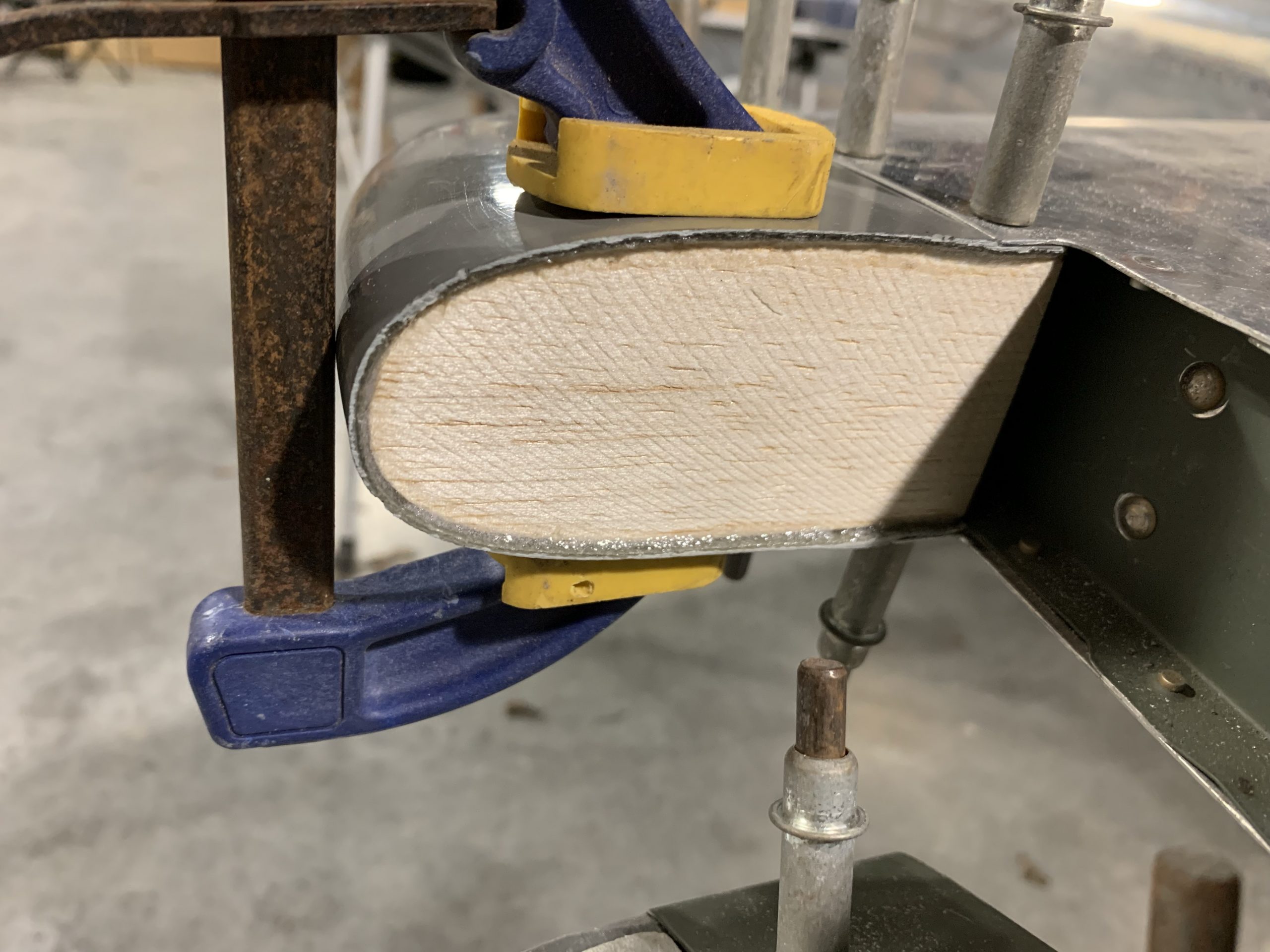 With that done, I moved on to permanently mounting the (finally) finished vertical stab and rudder tips. These needed to be clecoed in, the mount holes drilled up to #30, then everything dimpled or countersunk as appropriate. Once that was done, the tips went back on one last time, and I went to town with the blind rivets. In spite of a weird hangup partway through – the pop rivet tool I was using spontaneously disassembled itself – I still got it done. Good thing I have two pop rivet tools, I guess.

Anyway, it’s been a long road but now I have the vertical closed out. Well mostly..there’s still the rudder bottom cap to finish out and put in place. But that needs far less work than the tips, so hopefully it’ll go a lot quicker… 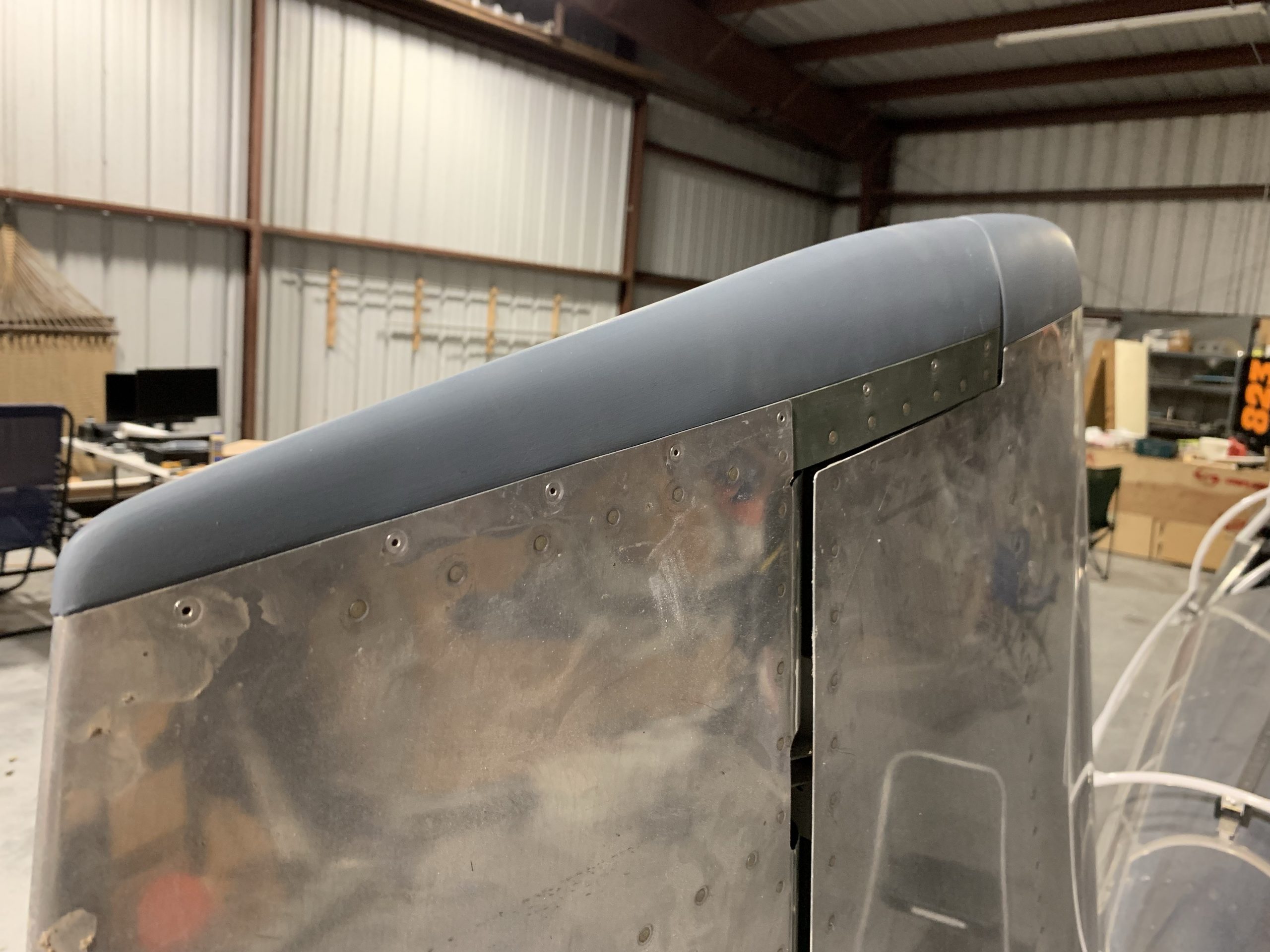