Continuing with the horizontal tips

That title’s not entirely accurate, or at least it’s not the full story, but hey, it captures the broad strokes. I started off giving the vertical tips some attention again, giving them a good sanding to remove the last few imperfections, then shooting some more primer. For once, I didn’t immediately see a new flaw with fresh primer, so I think that odyssey is finally coming to an end. Once the primer has had a day or two to cure, I’ll drill the mount holes to final size, dimple and countersink as needed, and get the blind riveting done.

But the real work tonight was on the horizontal tips. First, I turned my attention to the gap issues I mentioned last night. Rather than simply sand the horizontal tips to match, I decided to take a close look at the elevator counterweights. I used a square to evaluate how well the counterweights matched the profile of the counterweight skins, and there were some irregularities. This probably isn’t too surprising, as the lead weights don’t exactly seem to be precision cast or anything.

Anyway, I ended up doing some more filing on the weights to shape them more to my liking, both getting the profiles to match and rounding the edges a bit more. Once I was satisfied with those, only then did I sand the horizontal tips a bit more to get the gaps nice and even. It’s also worth noting that this sanding still won’t be setting the final gap. As I did with the vertical, once I’ve built up the elevator tips and closed out the stab tips, I’ll wrap sandpaper along with gradually increasing backer material around the front of the elevator, and swing the elevator to get a really nice and even gap, as well as a slight concave profile to the back of the stab tip.

That’s down the road, though, for now I have a nice-looking gap as things sit: 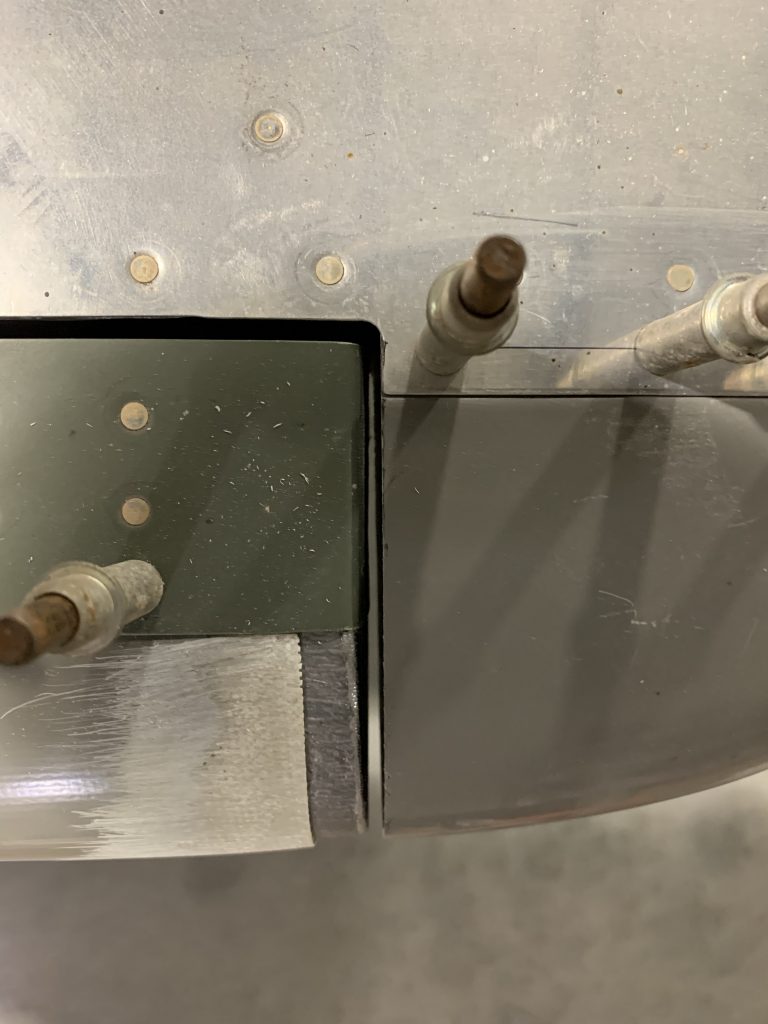 Also visible in this photo are clecos in the elevator tip. I clamped those and drilled the initial mount holes tonight as well. For the most part I’m OK with the gap at the base of the tip, but I think I’m still going to add some micro along the interfaces to make things nice and tight. it also looks like I’ll need to work the elevator skins a bit to get them to mate better with the tips.

It was still too cold to really do any glass work tonight, but I did decide to go ahead and make the balsa inserts that will close out the stab tips. I discovered that, while folks seem to recommend cutting balsa wood with a hobby knife, in fact a metal blade on the bandsaw does a much nicer job. As before, after rough cutting the pieces it just took some trial and error, removing material with 40-grit sandpaper, to get a nice snug fit. Hopefully tomorrow it’ll be nice enough that I can get these closeout pieces bonded into the tips.