OK, the arctic front is behind us and I can no longer use the cold as an excuse not to go work outside. Finally, it was time to take that globby mess I made last time around and see if I could turn into something nice. I’m starting to wonder if this is just a normal part of the process, that everything looks horrific when the micro is applied.

Anyway, just like last time it took quite a bit of time sanding and checking and sanding some more and rechecking, but eventually (ie after about an hour and a half) I had a nice pleasing shape: 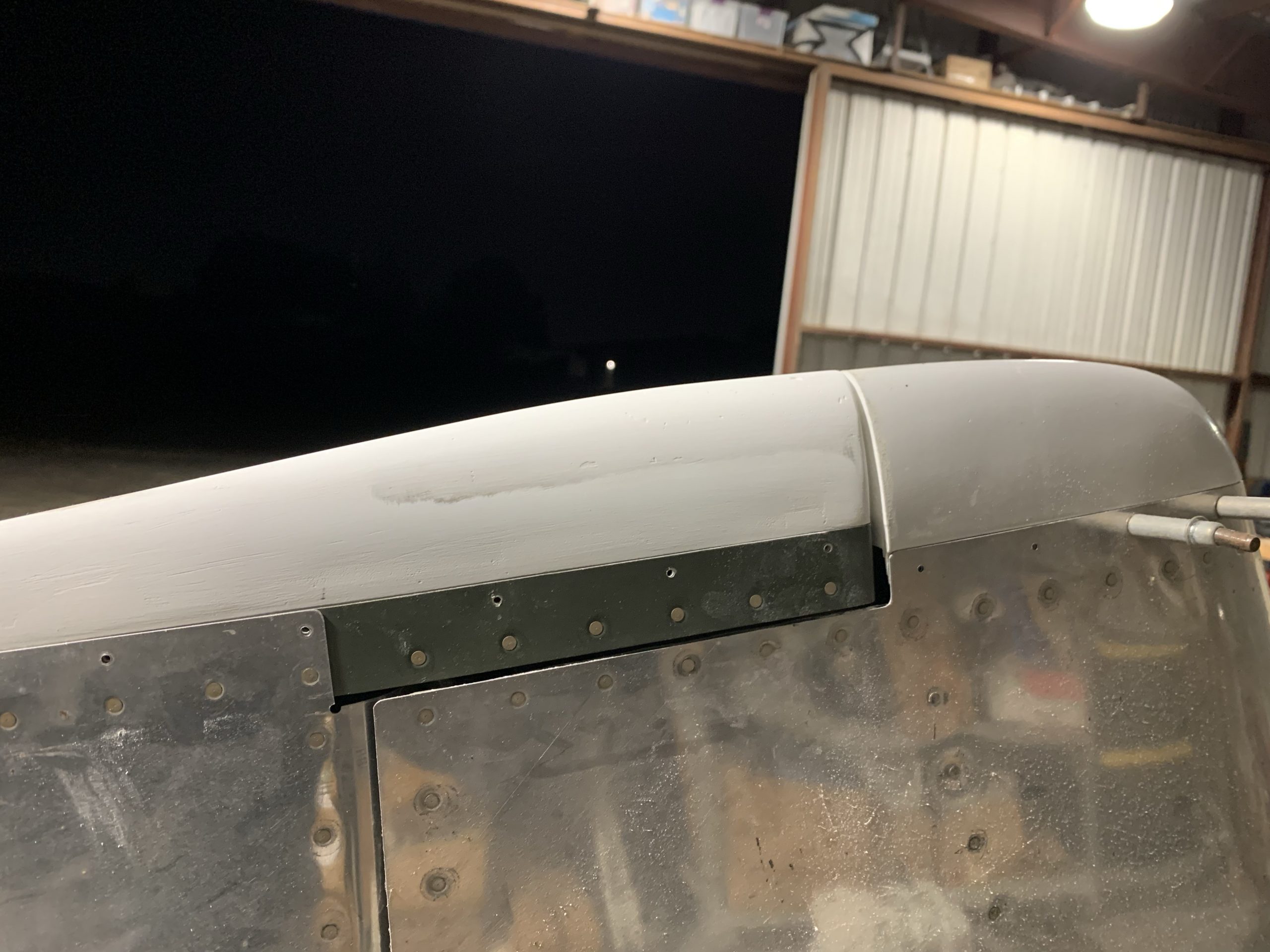 In the course of all that sanding I removed all the major surface voids, but there were still a fair number of smaller air bubbles and pinholes that had been exposed. So for the last part of the night, I mixed up another batch of micro and applied a skim coat over everything to get all those holes filled. While I was at it, I did the same thing to the back of the stab tip, since it had the same issue and I was going to have a ton of extra micro. So this gets to cure overnight and get sanded again tomorrow, then hopefully it’ll be time for filler primer and one last sanding: 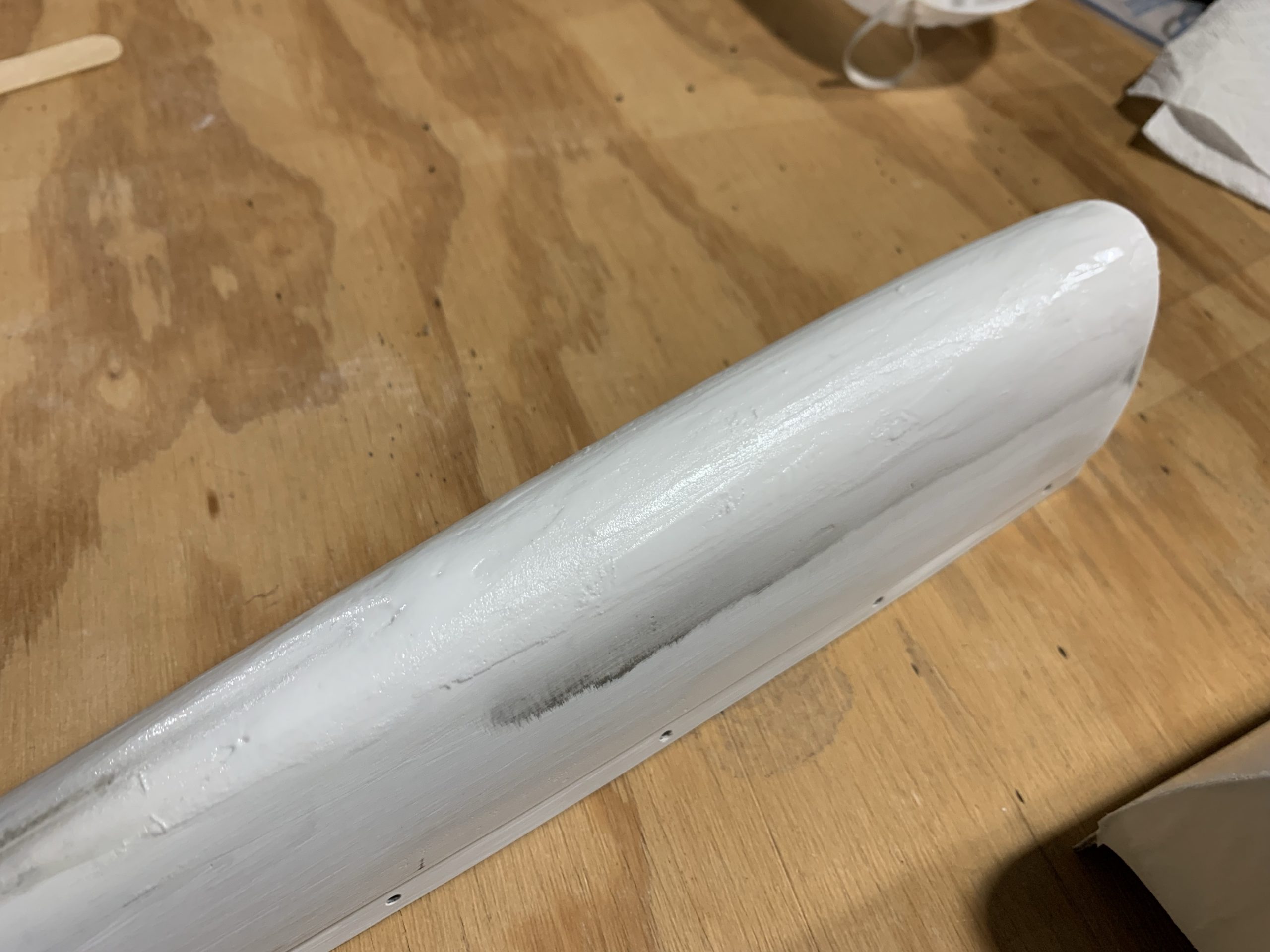