More micro on the rudder tip

Short night. After thinking things over from last time, I did decide to go with temporarily blind riveting the tip in place for the next batch of micro. First I removed the tip and applied clear packing tape to the inside of the rudder flange, wrapping it around to the outside to protect the metal surfaces here. Then I poked through the rivet holes and installed my cheap hardware-store rivets. One bit of fun I had from this was that about half the rivets had their stems break off above the rivet head. I was able to trim those off with my flush cutters, to avoid them poking through another layer of tape I put on top of the rivet heads.

Here it is all taped up and ready to roll: 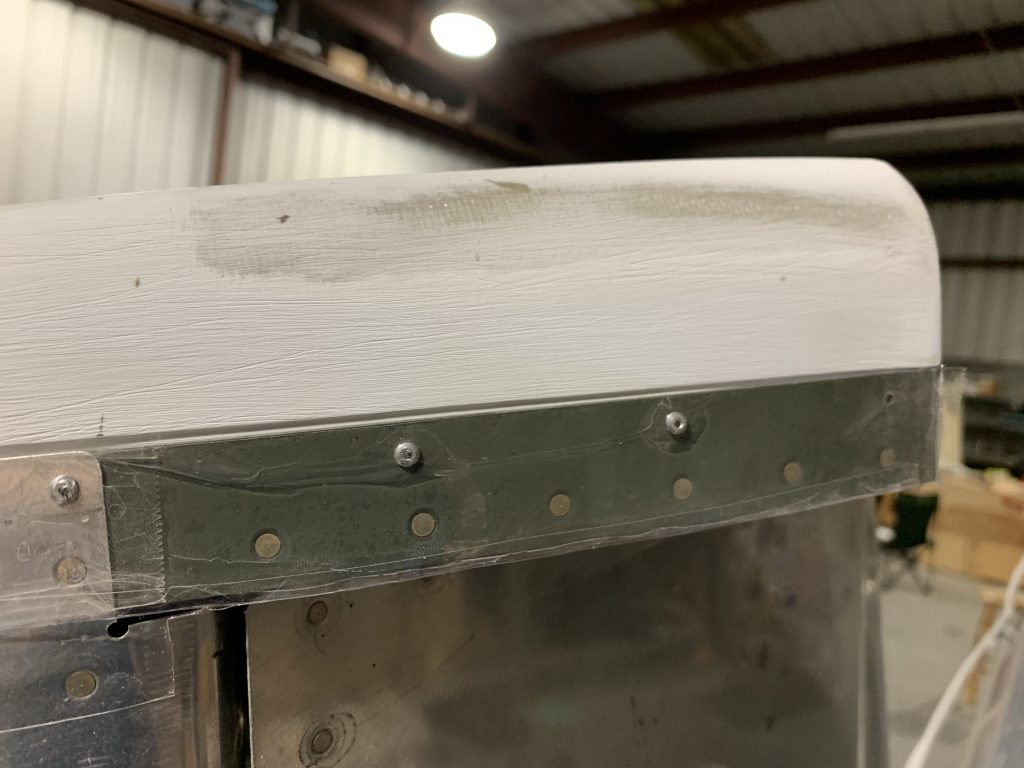 Then I got another batch of micro mixed up. Learning from my last attempt, this time I didn’t try so hard to make the mixture super stiff, in the hopes that it would go on better. Working the mix into the interface gap went pretty well, but trying to put a good layer on top of the tip went about as well as last time. It’s just really hard to spread this stuff out without having it stick to the squeegee and come off the workpiece. I ended up having better results spreading it with a wide popsicle stick, and then I ended up sort of massaging it around with a moistened finger to make things look a little less horrific. But I think I have enough material here to work this down to final shape once it cures, even if it does still look atrocious right now: 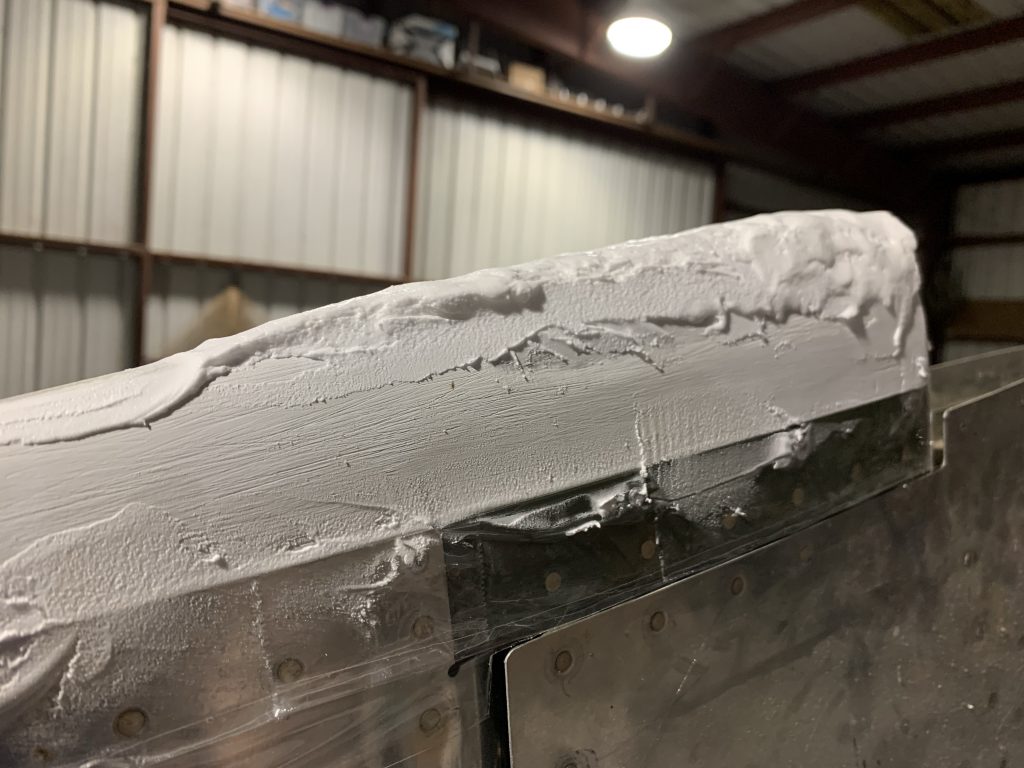 Finally, before calling it a night, I peeled off my top layer of tape, leaving a nice clean line at the edge of the tip. This interface should look good with just a little sanding touch-up: 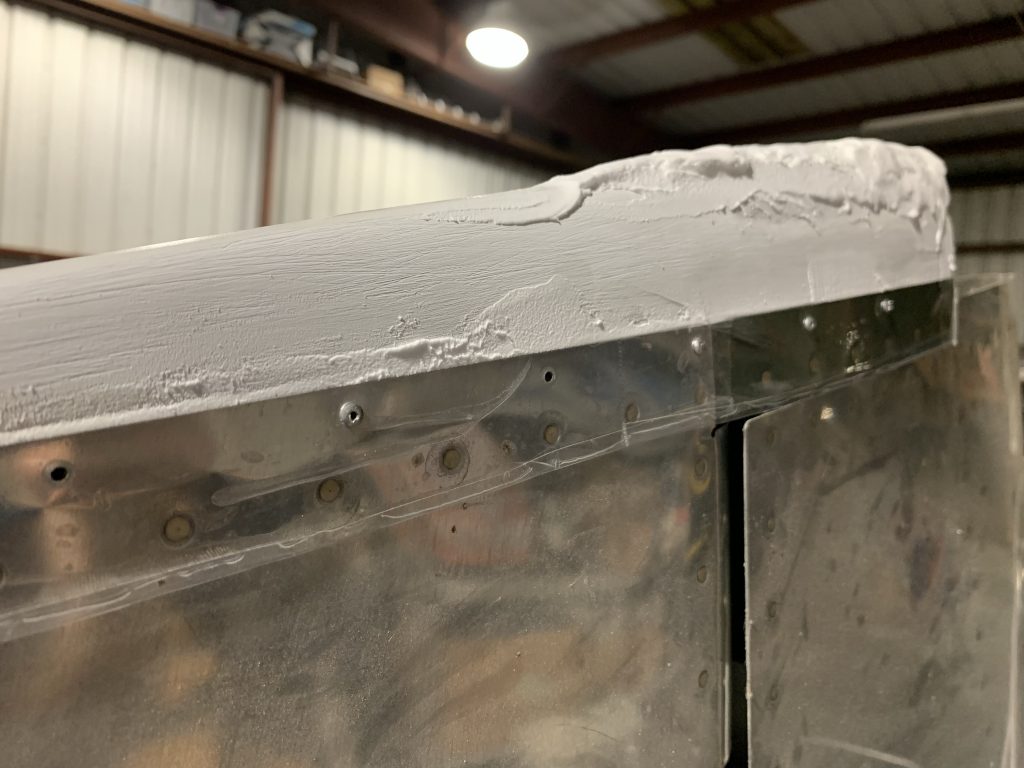 So now I wait until I can sand some more. And maybe next time I’ll try keeping the micro mix even wetter; I think there just still be a middle ground here I’m not finding yet. Though I also kind of feel like trying to spread the stuff on a tight curve like this tip maybe doesn’t help.