More fiberglass for the vertical tips

Well, first there’s good news: despite my concern that I’d buggered things up good yesterday, everything turned out just fine. The vertical stab tip ended up actually kinda nice, with the micro just above the level where I’d sanded the glass previously. I knocked that down a bit with a long board and then tested the fit in place on the stab. It’s got some pinholes that will need filling, but I think I’m going to sand it closer to shape before worrying about those.

My real concern, though, was the rudder bottom – but once I got to sanding on that, things started to look pretty decent. Even the relatively complex shape didn’t give me a lot of trouble in the end, though I had to get creative with sanding tools. At one point, I had some 100-grit paper wrapped around a 1/4” docker extension to properly work some of the concave areas. But in the end, all that goop that had dripped down the sides blended pretty nicely into the surrounding shape: 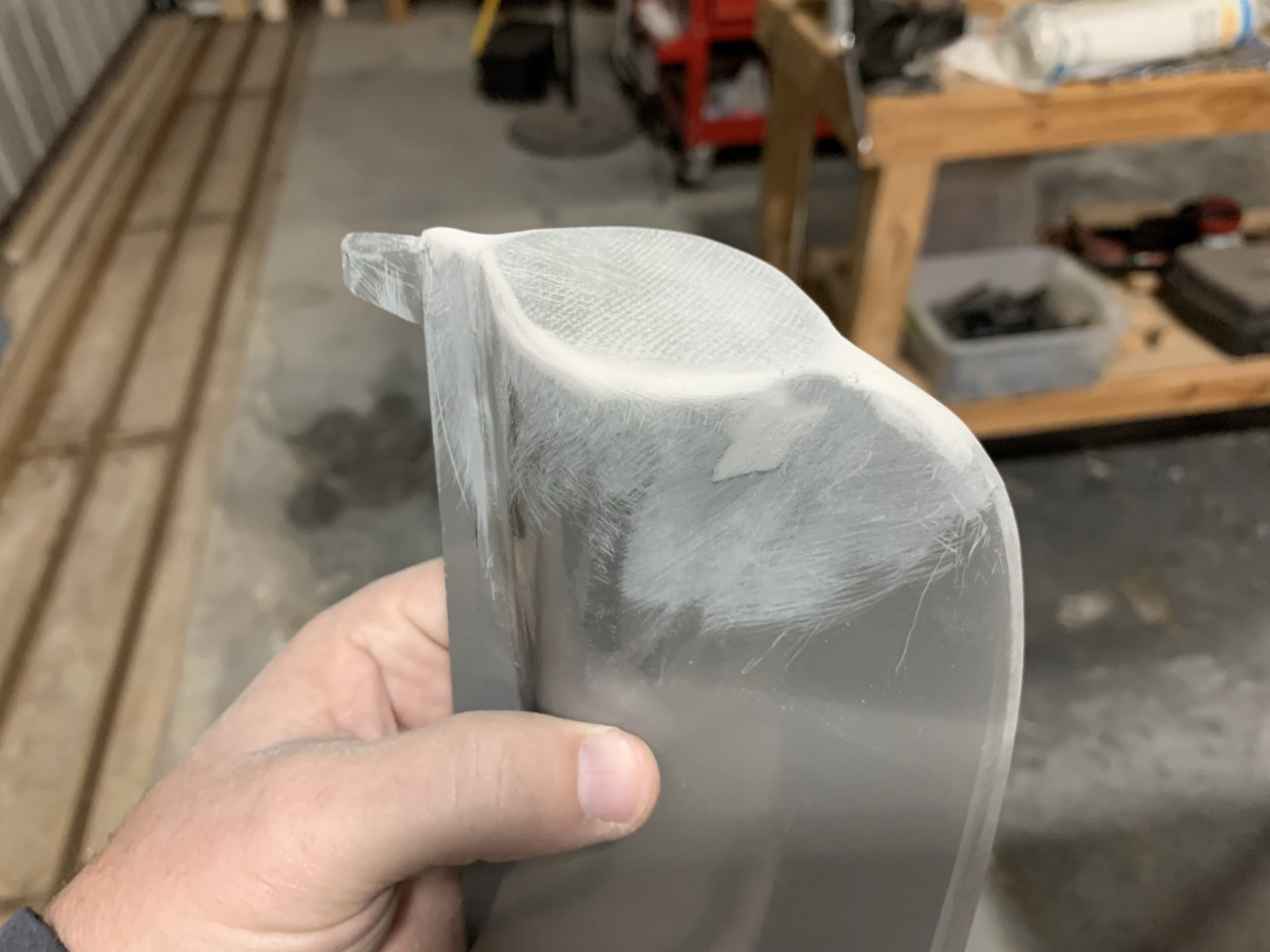 Much like with the stab tip, there are a few pinholes here to take care of, which would just require a little micro. But I didn’t want to mix up a batch of the stuff and only use a tiny amount, so I decided to pick another sizable job – specifically building up the rudder tip to better match up to the stab tip. I marked the general area that needed to be built up, then set to work sanding off the gelcoat in that area to give the micro something to adhere to: 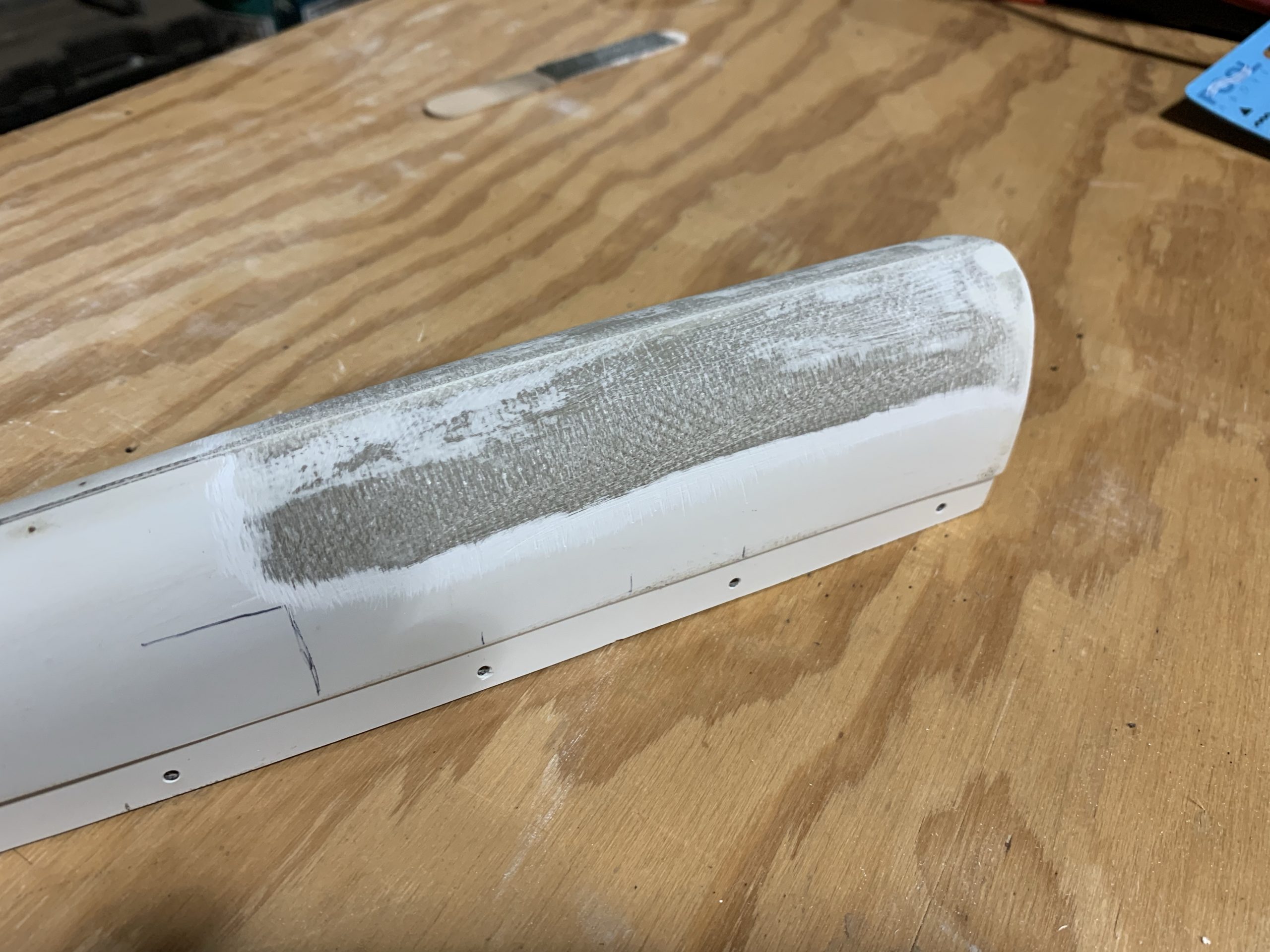 Then I got another batch of the stuff going. Since last night, I did some video watching and got a better sense of what the dry micro should look like, so I added a good bit more balloons to this batch…but I think I might have overdone it a bit. Trying to spread this stuff onto the tip was seemingly impossible, every time I tried to shape it a bit the stuff would form voids, or just decide not to stick to the glass underneath, and the more I worked it the worse things got: 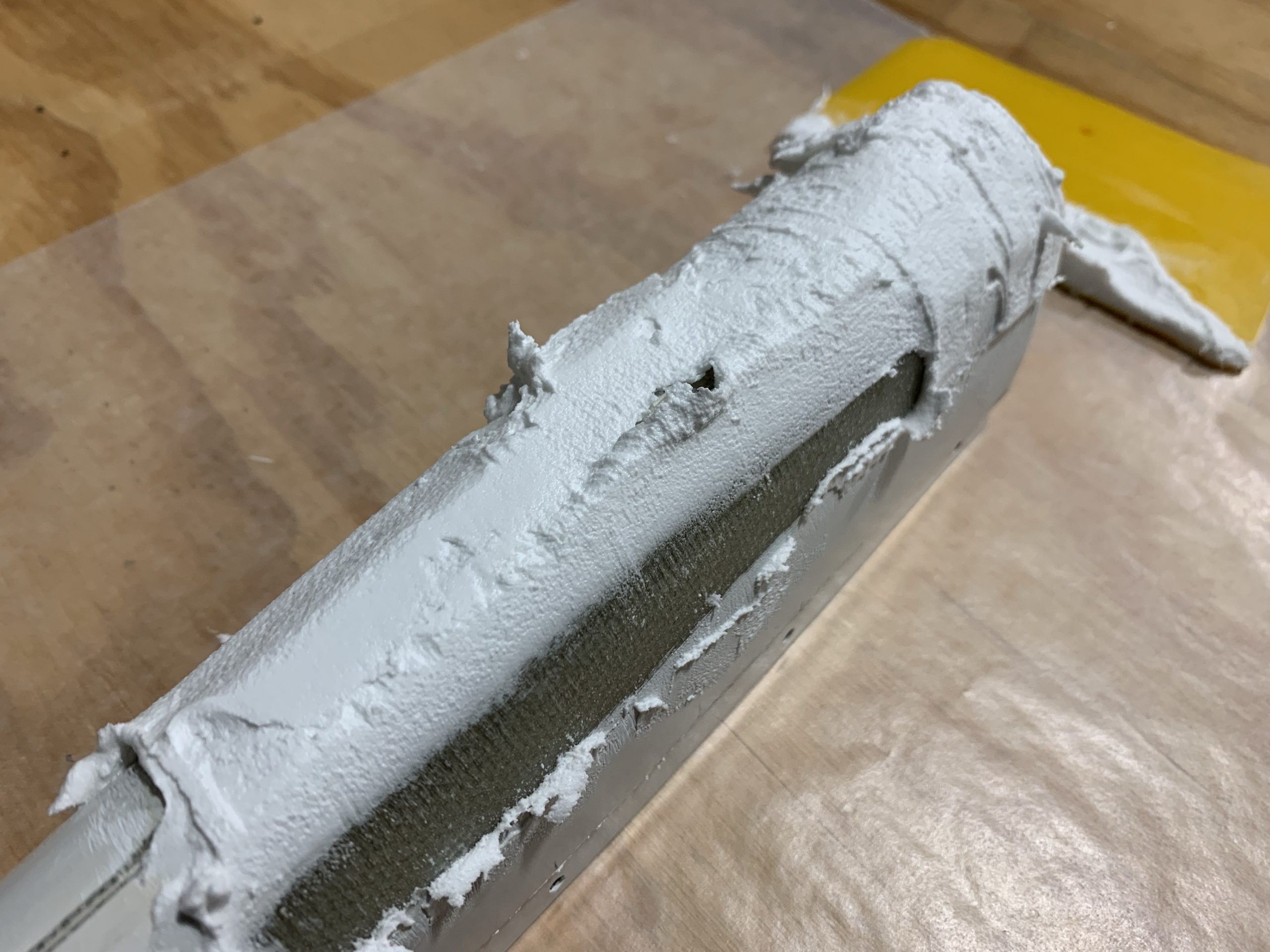 Eventually I just scraped it all off, chucked that batch in the trash, cleaned the part of all residue, and took another go at it. This time I think I made the stuff a little wetter, and while it was a bit easer to work with, it still seems like this stuff is a real pain to work with. After a while I gave up on having anything vaguely resembling a nicely shaped buildup, and instead just went for having enough material in place to shape the thing to near its final state. It looks pretty bad at the moment, but I guess I’ve got to start somewhere: 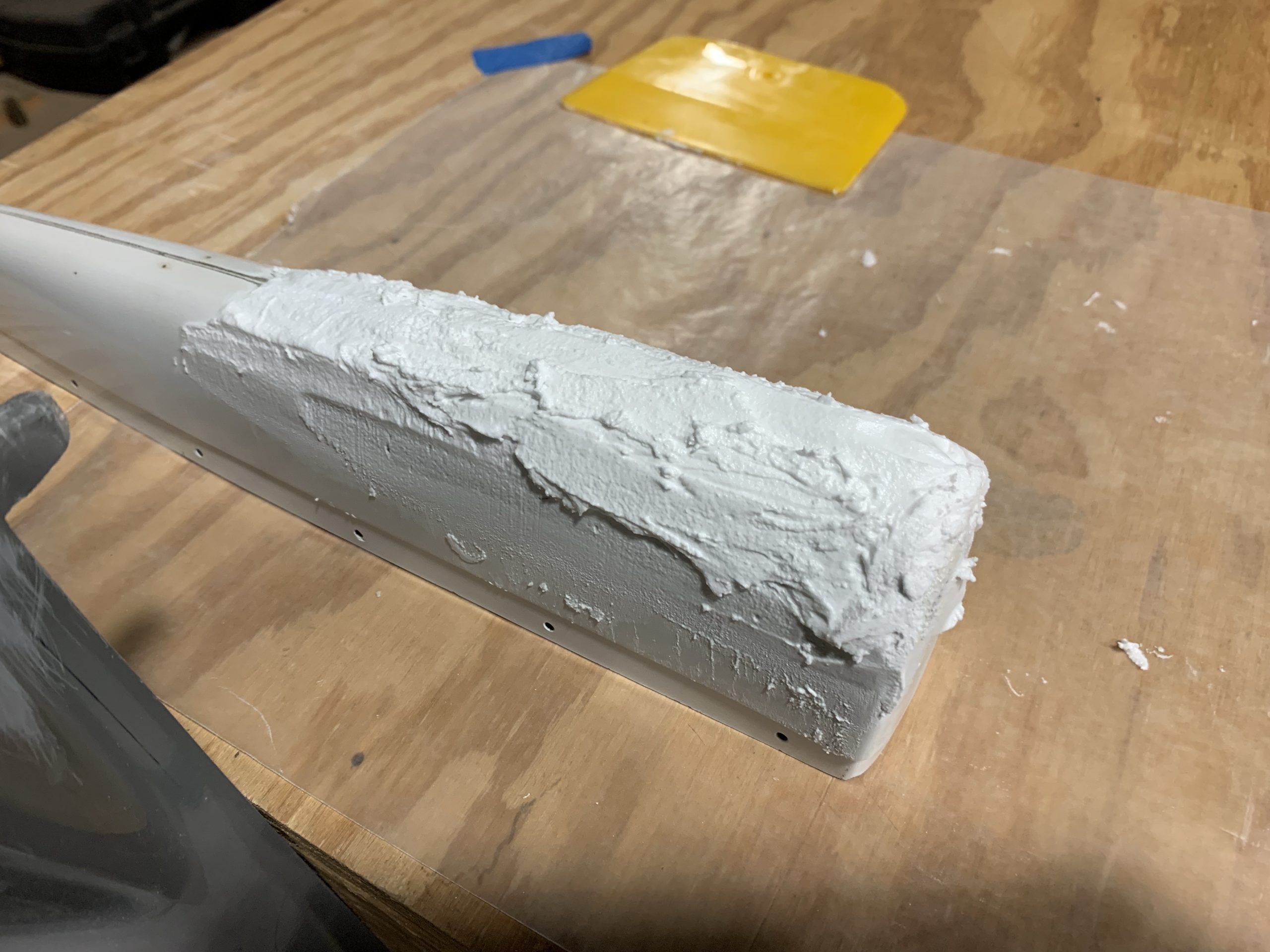 I suspect that when I get to sanding this, I’ll expose some voids that need filling, but to be honest, I’m not even sure this buildup will be enough to get to the final shape. Roughly, I expect to sand this down to something below the final shape, and then lay on another layer of micro on top to get it to where I actually want it. I feel a little more confident in the results since last night wasn’t the debacle I thought it was.

Oh, and I had enough micro left over from that batch to fill the few pinholes in the bottom as well. Once I sand it tomorrow, I expect it’ll be to the point where I can go ahead and make the mount holes for the tail light.