Since my nice hardware came in from Aircraft Spruce yesterday, tonight I figured it was time to get the vertical stab attached. This was a bit more of a trial-and-error operation than I intended, because the lower leading edge of the stab interferes with the aft upper skin. On the first mount attempt, there was definite contact being made: 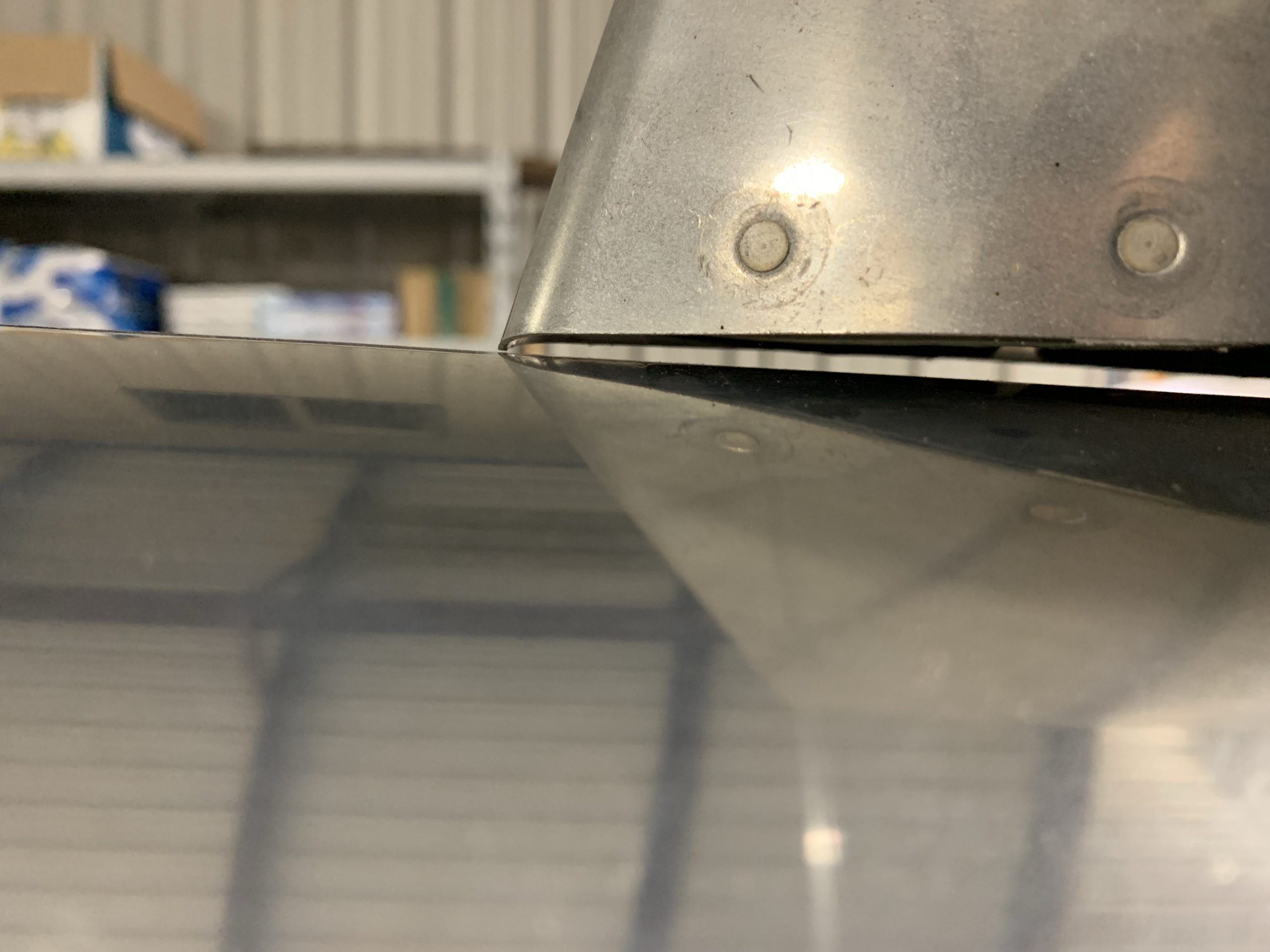 All in all it took me a couple iterations of trimming the stab (I just filed off material instead of doing anything drastic like cutting) before I was happy with the clearance. Then came the fun of getting all the bolts torqued. The three AN4 and two AN3 bolts on the aft spar were pretty easy, but the four AN3 bolts at the front were a different matter. Here again the tight squeeze between the forward spar of the horizontal and the back of the aft upper skin becomes a problem.

The lower two bolts weren’t super awful, but the upper two are so close to the horizontal splice angle that neither a socket nor a box-end wrench will go on. I ended up cutting down a crappy combination wrench to make a stubby 3/8 crescent that I could use to hold the bolt…using my fingertips. Good thing the torque spec for an AN3 is pretty low.

So now the vertical is in place, and I guess I can’t avoid messing with fiberglass now. I ordered a bunch of good sandpaper today, and it looks like it ought to arrive on Monday. In the meantime I can probably start with doing some rough trimming and fitting.