Well, between the late summer heat and multiple things to do around the house today, I didn’t get a ton of time, but it’s still more than I’ve done in a day for a while, which felt pretty nice. I think it helped a bit to be able to tune in the OSH arrival audio on LiveATC while I was working…a bit of a reminder of what I could be doing with this plane in a year’s time if I can keep my work ethic up.

Anyway, first step was continuing with lacing and branching out the fuse block bundle. Last time I’d gotten as far as the end of the essential bus, this time I got the rest of the run all the way around the main bus, with all the individual circuit branches separated as needed. I did run into a couple iffy wire lengths, which resulted in me shuffling some circuit assignments around, but nothing really troublesome at all. I just made sure I was updating my schematics as I made those decisions.

It’s not the great to look t, but here’s the bundle all routed around the main bus. With the branches sticking out every which way it’s still pretty chaotic: 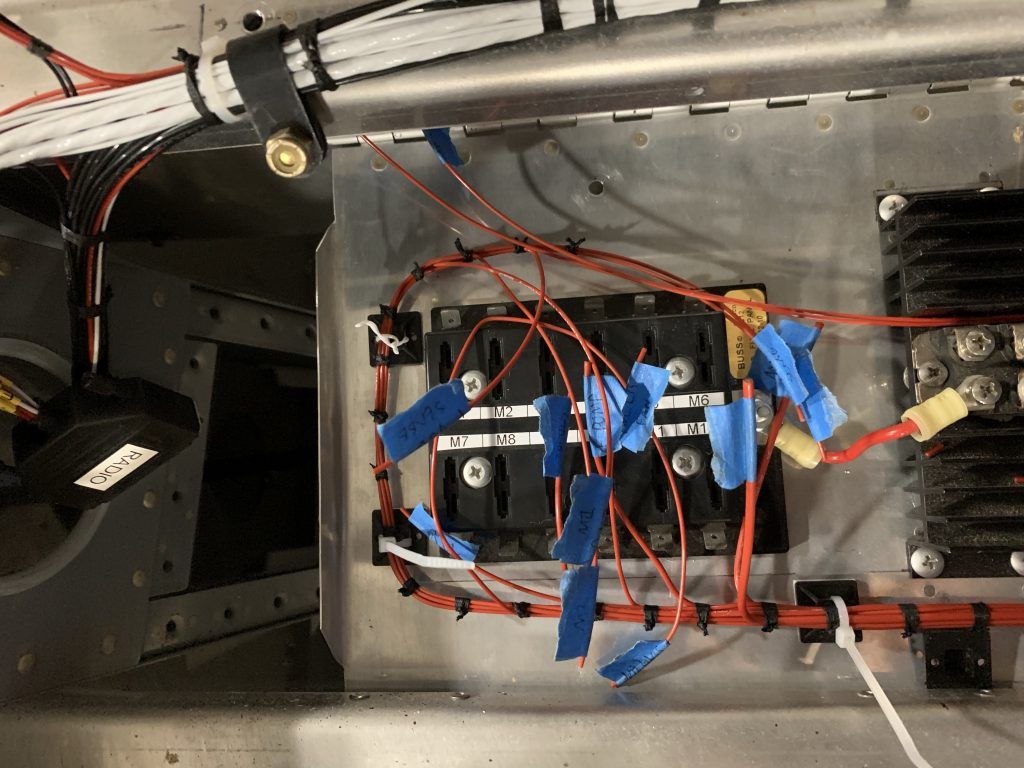 Next was the real fun: starting to terminate the branches. I only got as far as on side of the essential bus, which consisted of four whole circuits, but the results are pretty satisfying: 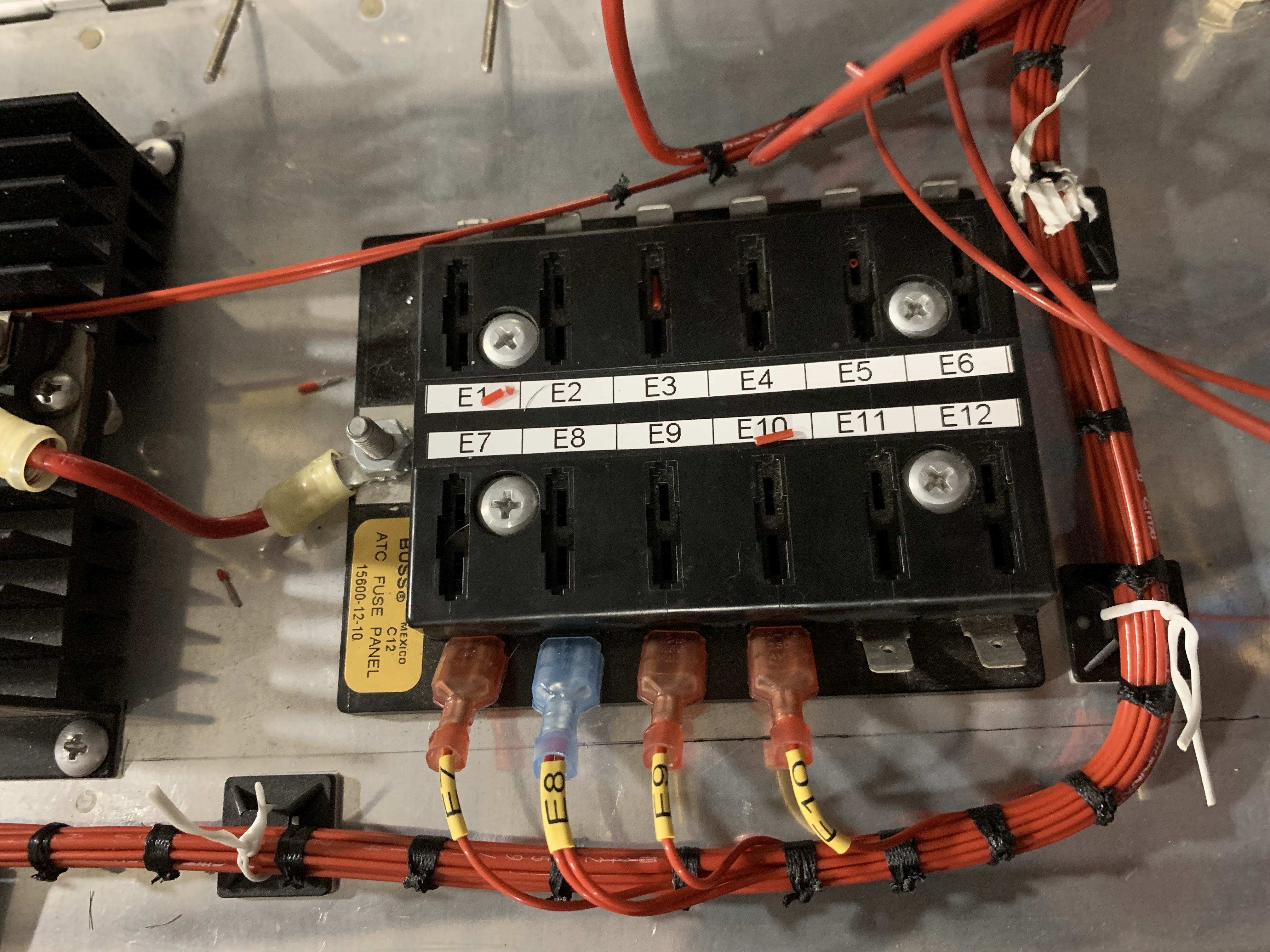 Since the individual wire runs are pretty short, I had to keep the heat shrink labels minimal, which is why they’re only labeled with the block position. The main purpose of the labels here is so that if I ever have to disconnect anything here, I can reliably reconnect the runs to the proper fuses. Actual identification of the circuits will come from a little table I plan on printing out and attaching to the open area of the fuse shelf – it’ll be pretty similar to how cars generally have a diagram and key to identify which fuse is which.

I’m looking forward to getting the rest of these terminations done – just seeing that one side of the block, I think this is going to look really slick when it’s complete. Of course, probably no one but me will ever see it again once the airplane is done, but at least I’ll get to enjoy the satisfaction of good workmanship.

In other news, I got my Mouser order in, which includes the Molex housings I need to complete the switch console plugs. Probably something to look at once I finish with the shelf. After that, I need to worry about getting the ground bus installed and all the terminations done…once that’s complete, I think it’ll be about time to try powering some fo this stuff up, which will be a nerve-wracking exercise…