Did some more work on making the fuse shelf nice tonight. Basically I’m working through lacing up the wire bundles and getting them routed. The first part of this was pretty easy, just lacing up the main trunk as it enters the shelf through the adel clamps I put in place last time. From there I needed to think about splitting the bundle as needed, so I ended up sitting in the fuselage for a bit splitting off the four branches (one for each side of the two fuse blocks) and arranging the entire bundle so that each branch could split off fairly cleanly.

From there, I got as far as pulling out the first branch for the essential bus, then lacing up the rest of the trunk as it passes down and along the other side of the essential bus, with the individual leads branching out of the trunk. Terminating these will come later; I figure I’ll deal with that after I get the routing taken care of.

Starting to look more organized, but still plenty to do: 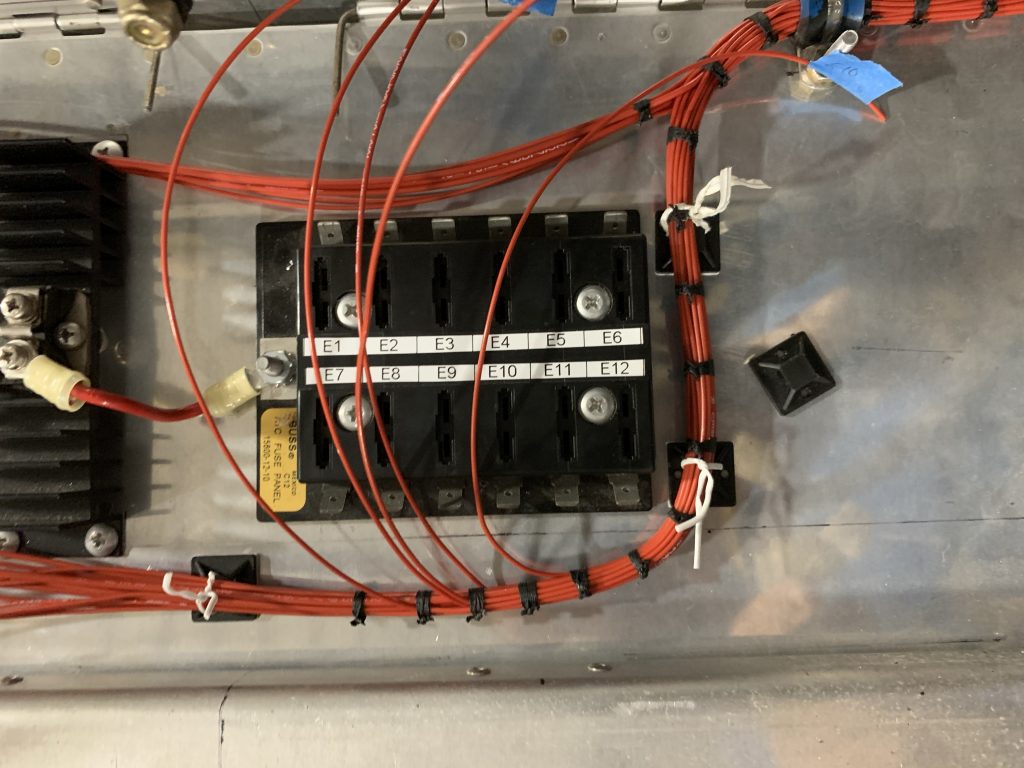 Before I continue lacing over towards the main bus, I need to decide how to handle the dual power leads for the seat heat circuits. In most other spots, I did window splicing down in the harness for split leads like this, but here I brought both power leads all the way to the fuse blocks. Notably, I also did this with the com radio circuit; there’s a lead for the remote radio as well as the actual panel. In that case, it’s easy to handle since they’re small gauge wires; I’ll just combine both wires into the terminal. But that’s probably not doable for the 14AWG seat heat wires, so I think I’m going to need to work a window splice into the harness here. That should be a fun one to work out with the heavy wire…I’ll probably want to do a test run on the workbench before I try it on the real harness…