The main challenge for today was deciding what to work on next. In the end, I decided that after lots of days hunching over the fuselage making things look nice, I wanted something a little simpler and brain-dead to work on…like making some network cables. So I pulled the center panel section out of the fuselage and put it on the table where I could work on it in a nice sitting position, then got to work.

Things got off to a sort of slow start. The first cable I made, I was so intent on making it nice and tidy that…I forgot to account for the length of the backshells, and so that cable became garbage. It was a good learning experience, though, after that I had a pretty solid formula for figuring out the cable lengths.

One thing’s for sure, by the time I was done today I was pretty much pinning these things up in my sleep, without even having to refer to the pinout in the documentation. Of course, I still tested each cable to make sure they were correct before installing them…last thing I need is to get overconfident and fry some expensive electronics.

In the end, I made five cables today; four of them for the center panel, and one other one (more on that another day, when I finish its siblings). All the components here have two network ports, which allows for nice convenient daisy-chaining, so I’ve got cables working sort of across the panel. The intent is for these cables to come out with the center panel for service, which is why they’re routed completely separately from the other harness.

Anyway, that’s enough talking, let’s get a photo in here: 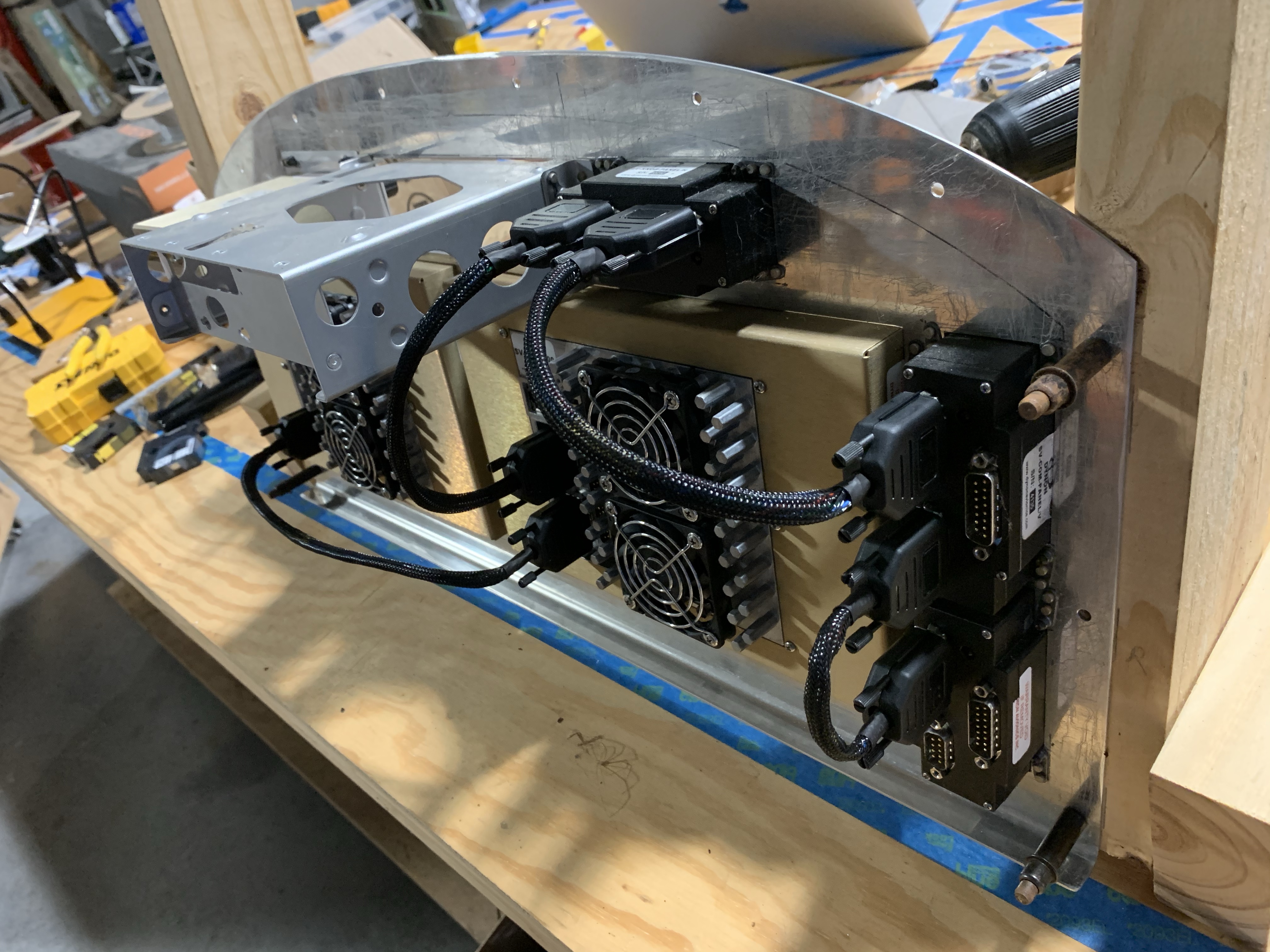 So that just leaves me with two more network cables to make, which will finish off all the network runs, with the exception of the modified one out to the AP roll servo out in the right wing. Very conveniently, I have almost the exact amount of 22ga black wire left that I need to make those last two cables…I was a little concerned I was going to come up short. I’ll still need more to get that roll servo run down, but that’s a ways down the road, so no hurry.

I think the real critical task right now is figuring out how to secure the harness trunk inside the right gear tower. I’d like to get the thing fixed in place in there before I start worrying about the other terminations in the panel area. I need to double check, but I’m pretty sure I need larger adel clamps to get that done, or I probably would have done it already…