Apologies for the title, I couldn’t help myself… Originally we’d planned to do another riveting session tonight, but Josie ended up working late, and we didn’t want to be making lots of loud noises at 10 PM. So instead I proposed that we work on installing the structural screws at the base of each gear tower.

But first there was a bit of a hang-up. All told, there are 17 screw holes per side; 15 of these call for AN515-8R10 screws, while the other two call for shorter -8R8 screws – the reasoning for the short ones seems to be that there are some other nuts inside the tower limiting the space for a protruding screw. Now, all this time I’ve been eyeballing a nice bin of flush screws that I presumed were the -8R10 screws, and figured those four short screws were in another bag that I know contains some assorted flush screws.

Noope – that bin full of screws was actually a pile of -8R8. Um, so where are the longer ones? I thought we’d broken out all the significantly-sized bags of hardware while inventorying, but apparently not in this case. Eventually, after digging through the fuselage inventory sheet, I found the bag they came in…still full of screws, along with the 8-32 lock nuts. The discovery of the nuts is a bit amusing too – I took a look a few days ago at my bin of these guys and realized I didn’t have enough for all these spots, so I ordered some more from Spruce along with some other stuff earlier this week. So yeah, now I’ve got enough 8-32 lock nuts to last a loooong time.

Anyway, we finally got to work. Getting these done was a bit tedious – only a few screws on each side are outside the gear towers where the nuts can be tightened pretty easily. Several required me to just hold the nut while Josie snugged the screw in place, with me just torquing from inside. The rest were inside the gear tower, and even with my nice access-panel modification, they were tough to get to.

So we got all the longer screws installed, and made a passing attempt at the short ones, but after a couple failed attempts to even get the nut started from inside the fuselage, I called for a recess for the evening. I think it might actually work better for these screws if the fuselage is sideways on the rotisserie – at least then gravity can help holds the nuts in place. Or maybe we’ll give it another try tomorrow, we’ll see how it goes.

Still, most of them are done…now to get back to riveting, maybe tomorrow night. 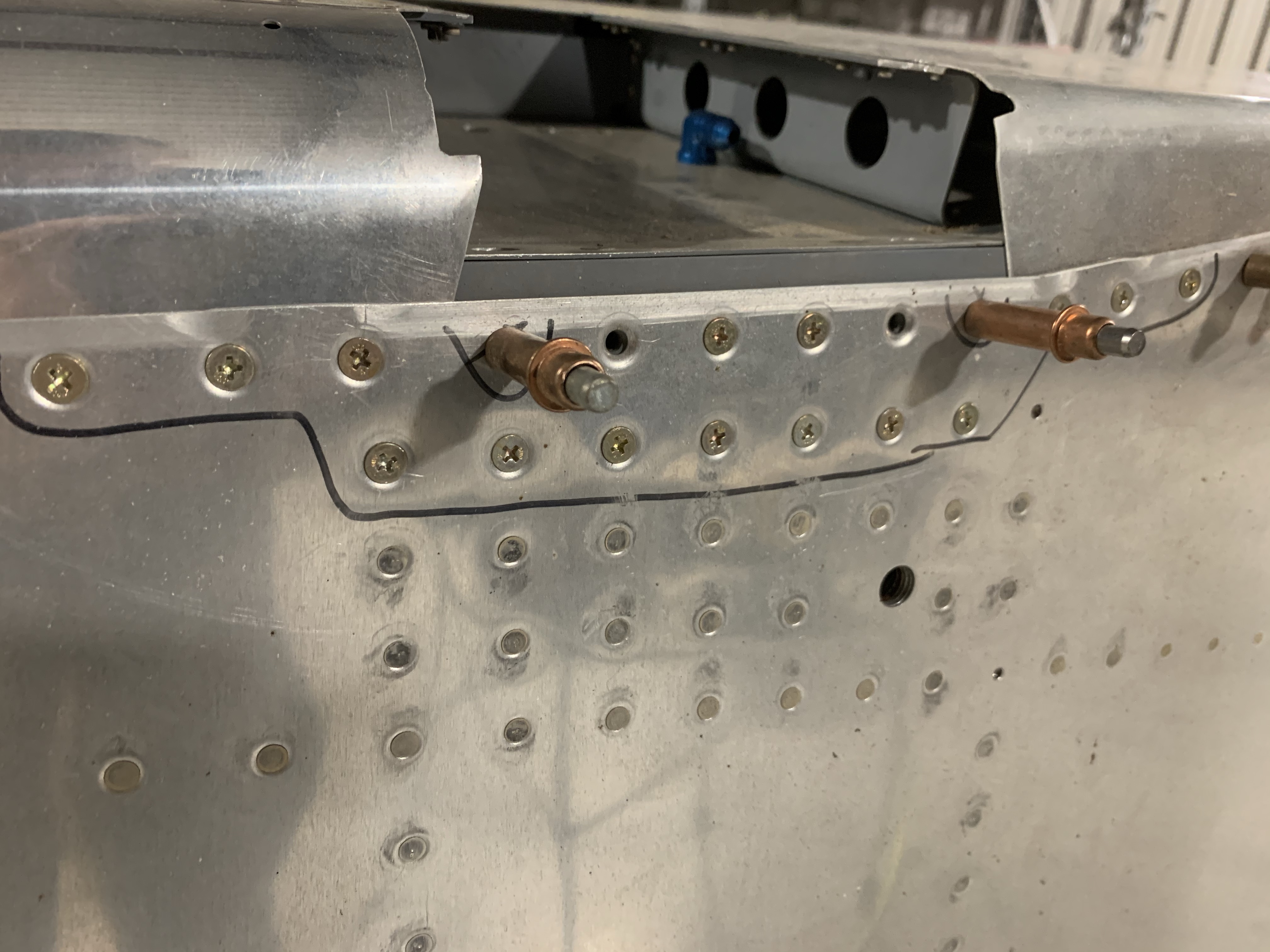