Well I sort of took a lazy approach to today, but did still get out and get some stuff done. With the upper shelf done, that left me with two things to attack: either the baggage bulkhead or the fuse shelf. I ended up going with the former, mainly because it was a lot more straightforward.

I already had all the component locations here laid out and marked a while back, so there wasn’t a lot of decision-making involved. Really the only thing missing here is the CO detector, which should be here this coming week. That’ll only need a couple screws, so no worries there.

I also decided to take a different approach to mounting these components. Instead of going with the nutplates like I did for the upper shelf, here I went with a sort of home-brew stud mount approach. My motivation here was twofold: first, to avoid having a lot of nutplates and screws sticking into the forward baggage compartment, and second, to hopefully make working with these components easier in the future, since I could slide them into their stud mounts and add nuts.

The idea here is to just drill the mount holes, and install screws from the compartment side, with thin jam nuts and star washers to lock everything together. Then the component just slides over the ends of the screws and nuts hold them in place. The end results leaves the baggage compartment side looking nice and clean: 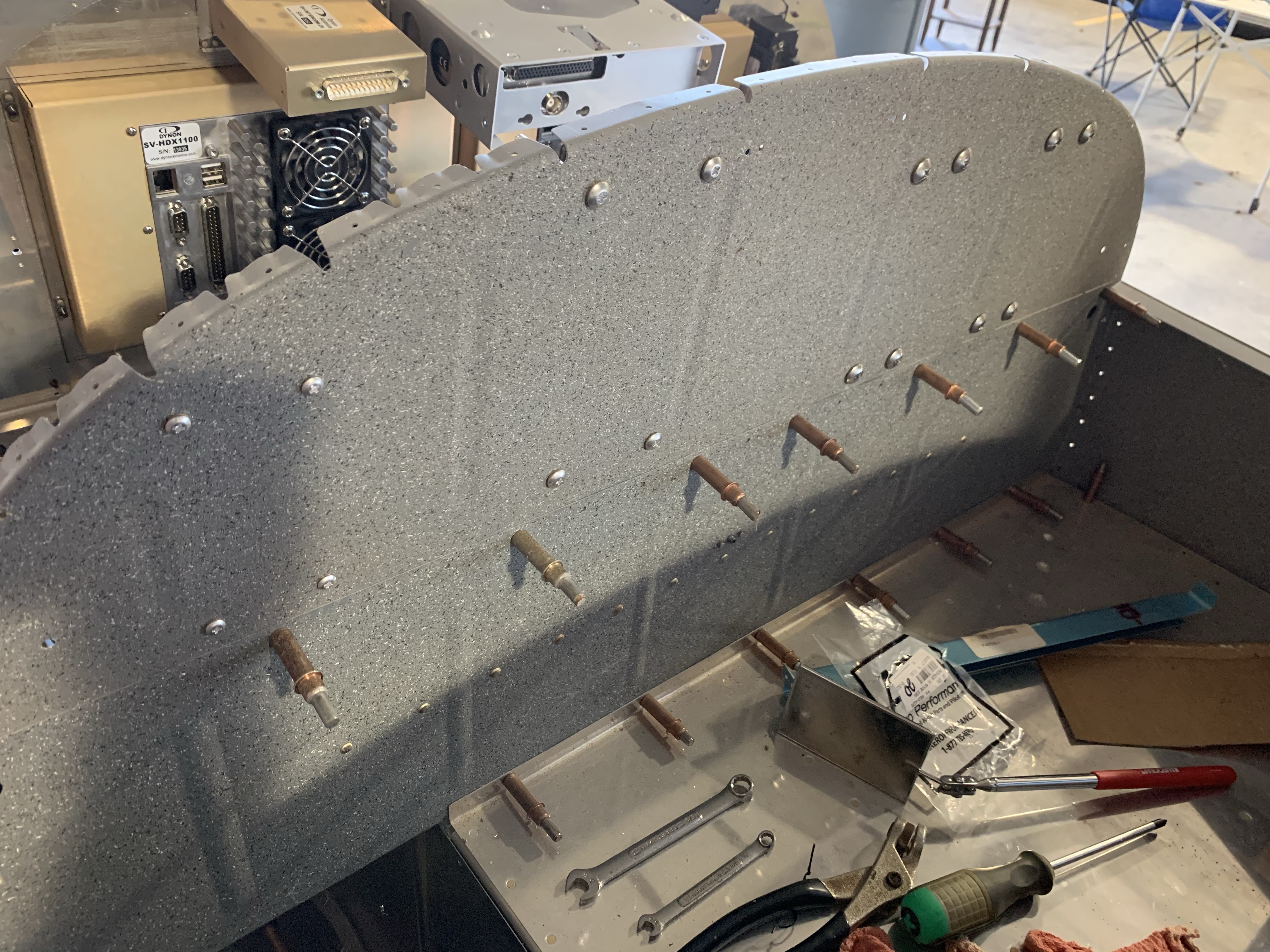 Everything worked out pretty well, but I did have to make one change: I was only able to get 2” long machine screws for the EMS/ARINC stack mount, and those weren’t quite long enough to accommodate things as they were. But I had some margin between the two components, so I just shortened my four spacers a bit to tighten everything up, and now things site nicely: 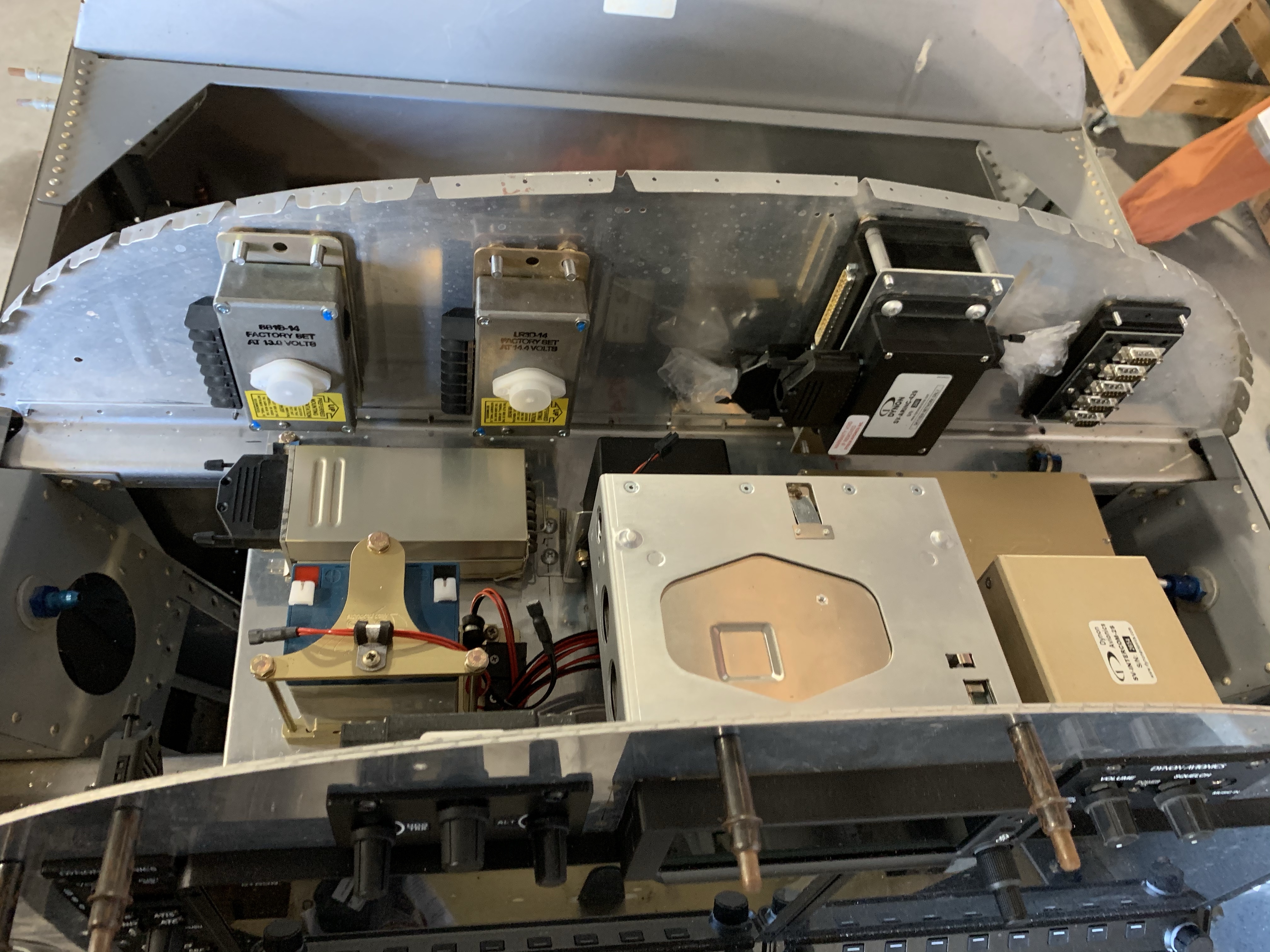 I guess now I’ve got to figure out what to do with the fuse shelf. I ran into an issue with my mount hardware previously – the long #10 screws I got for the fuse blocks have heads too large to fit into the recesses in the blocks. So with my last hardware order, I added some smaller-head screws…except when they came in, I discovered I’d inadvertently ordered #10-24 coarse thread screws, instead of the -32 I needed. So…can’t use those with the nutplates I have.

I’ve kind of thought about doing my stud mount thing here as well, since anything sticking off the bottom of the fuse shelf will be where my knees go. I’m not quite sure how big of a deal this is, so before I decide to go fancy here, I think I’m going to put the fuselage back on the sawhorse so I can climb inside an evaluate how close my knees might get to the shelf. If it’s not super close then I’ll probably just keep it simple and go with nutplates.