Since my Digit-Key order came in this week, and with those two network cables done, today I was able to get back to work on the switch console. It was a bit of a late start though, since there was an EAA fly-in across the runway that I spent most of the day at.

I got the terminals crimped on the remaining wires, got them in place, and commenced to bundling everything together temporarily so I could figure out the Molex plug locations and get all the wires trimmed. I got the terminals crimped on all the wires, and even got the high-current ones finished and pinned into their connector, but before I could do the same for the low-current wires, the mosquitos drove me inside. Between it being dusk and me having the hangar lights on, it was turning into a bloodbath. I guess I need to go spray out there or something.

Anyway, at some point during the work session, Josie came out and I commented along the lines of “see, it’s looking less like a rat’s nest,” to which she replied with a skeptical look. I guess I can see where she’s coming from; it looks better to me, but certainly still far from organized: 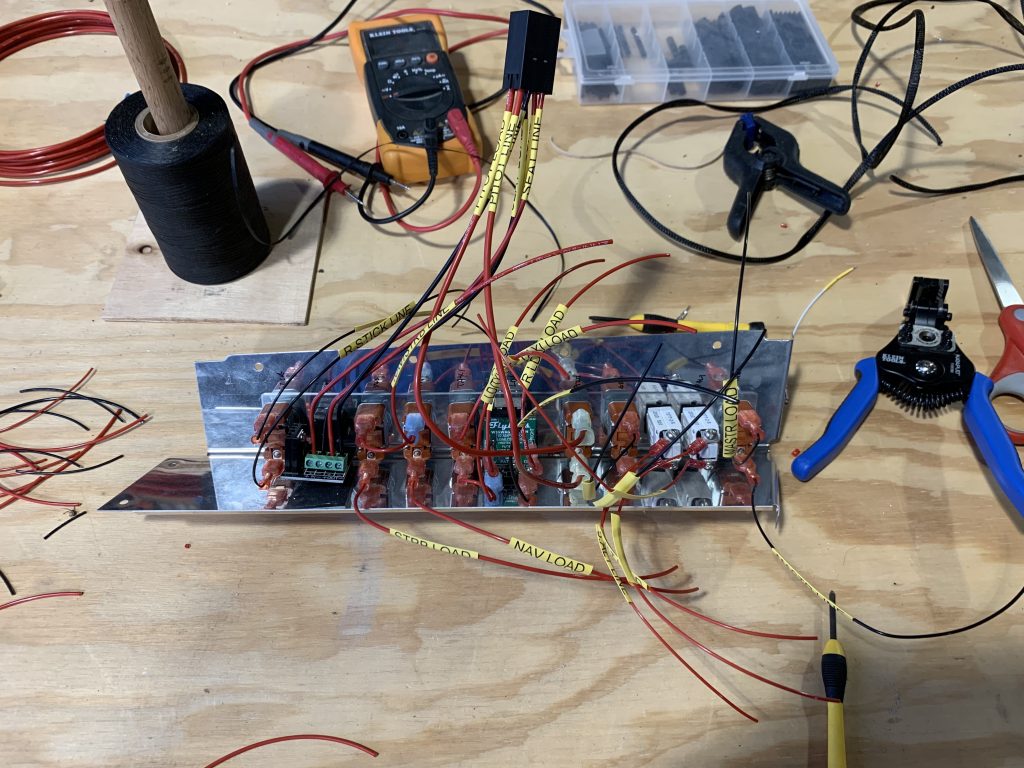 Tomorrow I ought to be able to get everything into the connectors, and then with some cable lacing this ought to morph into something that actually looks organized.