Apologies for the amusing alliteration in the title…but it’s an appropriate summary of my feelings today, and maybe a small lesson in just following the plans, so to speak.

Recall that I went shopping for conduit sometime last week, so I could add a short run from the wingtip to the pitot tube location. Now, this isn’t uncharted territory, since Van’s provided solid instructions for running this ribbed conduit through the wings, and even sells the conduit themselves. But they also only sell 25’ of it at minimum, and I needed maybe ten total, for the wing run plus some runs int hen fuselage. So I ordered what I thought was the right size from Amazon, but it was too large – I’d clearly mixed up the inside vs outside diameter dimension. But now I knew the thickness of the conduit, so I couldn’t go wrong. I ordered the right size, and now surely I’d be in business, right?

Well, I picked the package up from the post office (along with another package…more on that in a bit), and came home ready to finally Do Something®. Except…this time the conduit is too small. And there’s no intermediate size for sale on Amazon. Now, this isn’t an immediate deal-breaker – since I’ll be making my own holes in the wing ribs for that run, I can use whatever size I want. But some tinkering revealed that the 1/2” stuff I got in today is too small for even my short wing conduit run, since it needs to accommodate terminals alongside two pitot lines.

So yeah…here we are, a week or so after the odyssey started, and I have a couple lengths of conduit that I can’t really use, and I’m about to just order the stuff from Van’s anyway. If only I’d done that in the first place…

But hey, let’s talk some more positive stuff. As I mentioned, I had another package – this was from Don Pansier of Delta Pop Aviation, containing the antennas I ordered late last week. It’s fun getting stuff like this, starts to really feel like I’m turning this aluminum hulk into a functional aircraft: 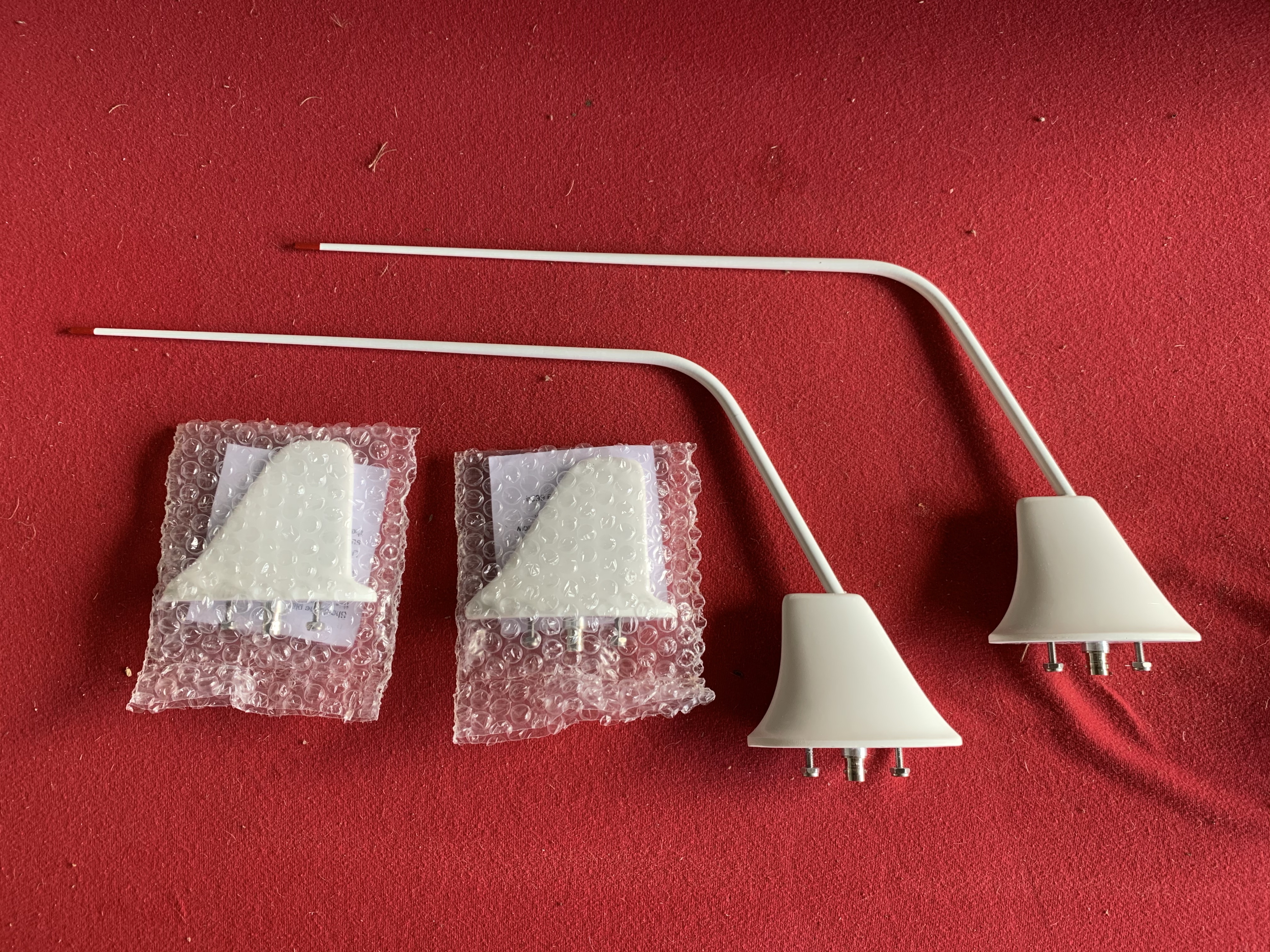 There was one unexpected aspect of this order, though. When I placed the order, I went with two com antennas, one 1090MHz transponder antenna, and one 978MHz/UAT antenna. The former is for, well, the transponder, and the latter is for the ADS-B receiver. So I was a little surprised when I opened the box and saw that both the blade antennas appeared to be identical. This, by the way, is the reason they’re still in their bubble wrap bags in the photo above – I thought maybe I’d gotten shipped the wrong things. I wrote Don a quick email to ask about this, and he responded (at 8 PM) to explain that the antennas were identical, and would perform equally well, and included performance documentation. I’ve heard stories of Don’s great customer service, and he didn’t disappoint.

Finally, after the conduit shenanigans, I did want to get something constructive done tonight, trivial as it might be…so I went with getting the autopilot roll servo mount kit installed. This is pretty simple – you just replace the lower bellcrank pivot bracket with the supplied piece, and add a support arm off the upper pivot bracket. To get that support arm properly positioned, I put the servo I have on hand in place temporarily, and went ahead and assembled the linkage from the servo to the bellcrank just for good measure: 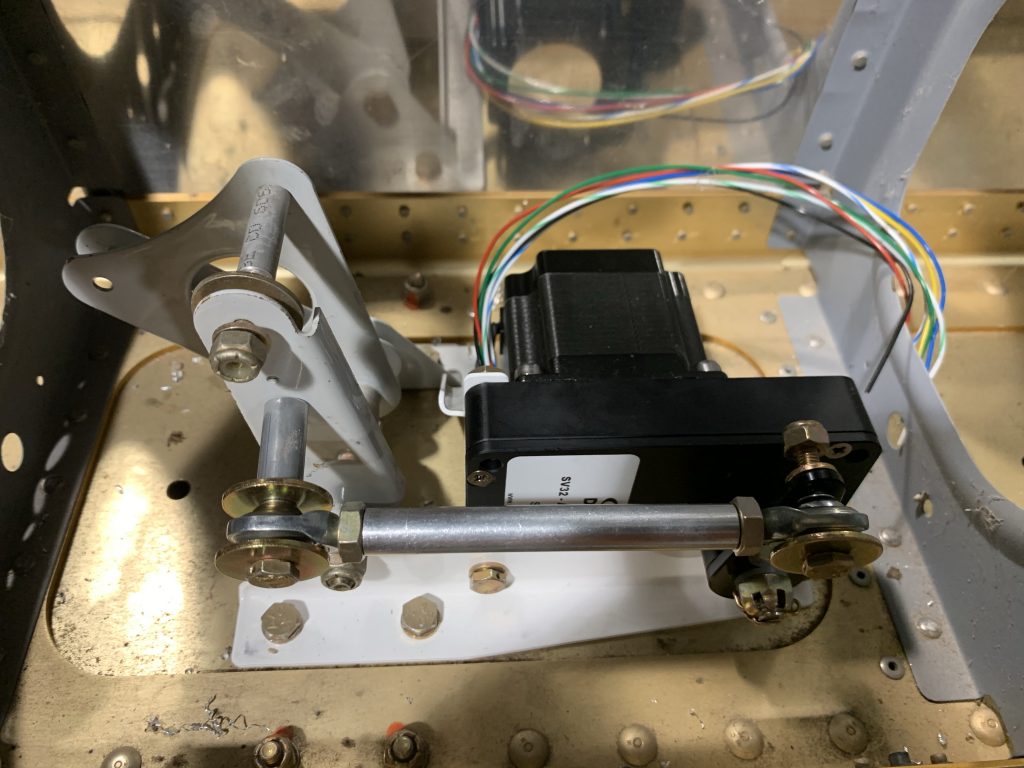 Once again…moving from spare parts too systems. Fun stuff to play with, even briefly. But that’s it for tonight…I think now I need to do some research into antenna positioning, then I can see about getting those mount holes located and drilled. I figure the main thing will be making sure the com antenna locations are moved aft a bit so they can’t interfere with the aileron push tubes, and I’ll want to space the blade antennas a bit off of adjacent structure to allow for good access as well.