Nothing too crazy tonight, just continuing with last night’s proceedings. I’d intended to start out by making a cardboard cutout for the upper shelf and starting with that. kind of like I did last night, but I decided instead to go straight to whiteboard drawing this time around. It has its detractions – most notably, I can’t use lay stuff down on a flat surface and visualize, I’ve gotta draw – but on the other hand, I didn’t have to start by cutting cardboard, and I could potentially adjust the shelf dimensions depending on what I found by trying to place stuff.

Probably the most notable thing I decided to roll with right off the bat was to try moving the CPI2 ECU from the lower shelf to the upper once. As mentioned last night, I wasn’t a huge fan of how crowded the lower shelf was. This may or may not be a decision that sticks – I’m going to make a VAF post when I’m done writing this to ask some questions about the CPI2 system, specifically opinions on how accessible the ECU should be. One of the nice things about this is that Ross Farnham, the owner of SDS, is very active on the forums and helpful. This is, in fact, one of the things that prompted me to go with the CPI2 ignition.

Anyway, the final thing that became evident tonight was that just the two shelves weren’t going to cut it for all the behind-the-panel stuff. This isn’t a huge deal, as I also have the backside of the baggage bulkhead I can use here, and that’s a pretty common place for -8 builders to put stuff. With this decision made, though, I think I have a pretty solid layout for this area – pending, of course, responses to the CPI2 questions, which might throw all this in disarray. But that’s the way things go.

First up is the revised lower shelf. Here, I just replaced the CPI2 ECU with the voltage regulators for the two alternators. I could probably put these a little closer together and gain some room with the fuse blocks, but that’ll be something to experiment with another time. This is, after all, still in a sort of rough-draft phase: 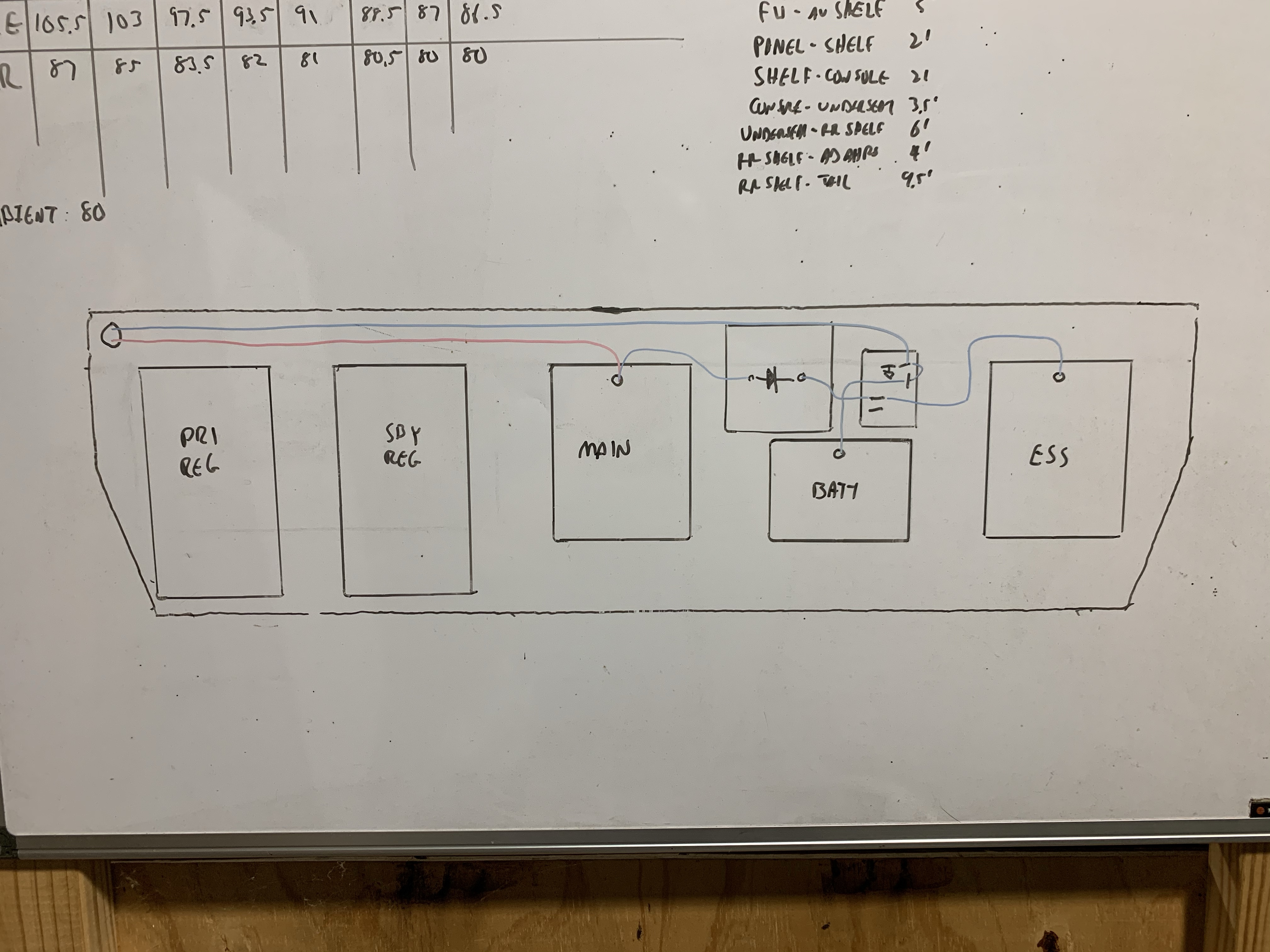 Next up is the upper shelf layout, which ends up being nice and roomy for everything. This shelf could actually be made wider, but I’ve intentionally drawn it so it’s narrow enough to pass through the space taken up by the main panel – if I ever needed to remove the shelf for maintenance or whatever, I could do it. Here I have the EMS unit on the left, the remote com radio center, and the CPI2 ECU and its backup battery on the right. I’ve also got what should be ample room to accommodate all the connectors here, particularly the large ones on the EMS (including a 37-pin D-sub): 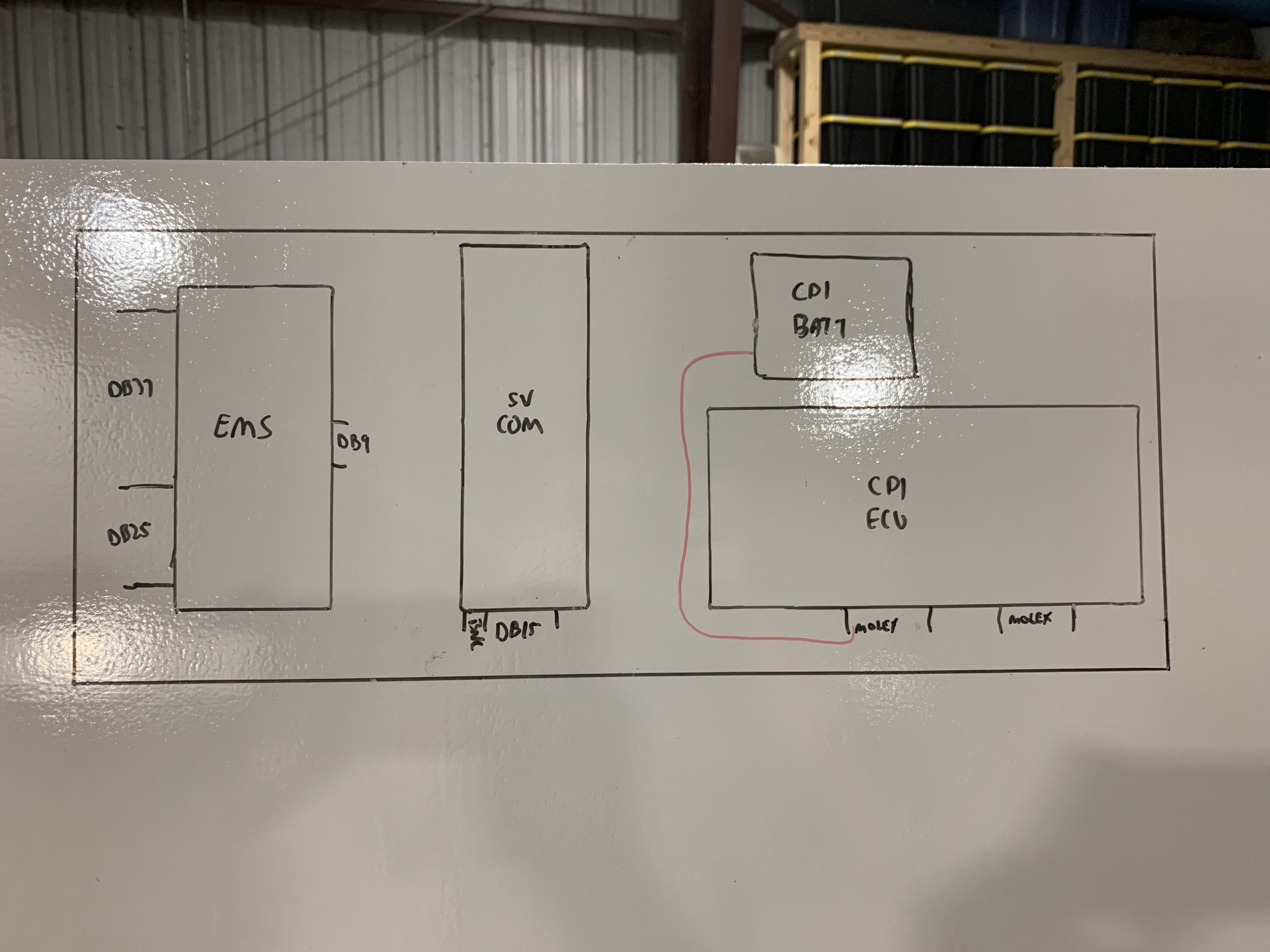 And finally, a really rough look at the stuff on the baggage bulkhead. Here we have the Skyview network hub on the right, with the ARINC-429 interface box beside it. The ARINC-429 box is what will allow the Skyview system to talk to the Garmin GPS-175 certified GPS, and the location here is nice since the back of the GPS-175 tray will be close at hand (basically high and center). On the right side are the two backup batteries for the two Skyview EFIS screens: 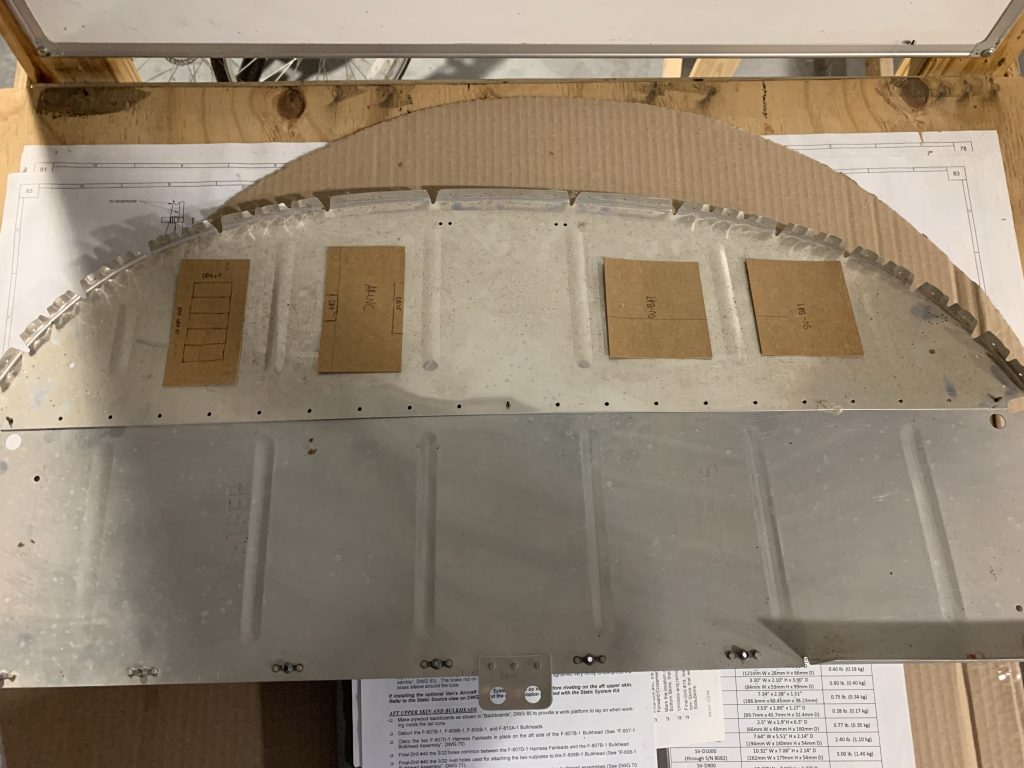 I’m pretty sure that covers all the stuff that needs to live back here. I think at this point I probably need to review my electrical schematics and make sure I really have covered everything, and then…well, I guess it’s maybe time to see about fabricating shelves, These will be mostly simpler than the crazy aft shelf, but there will be the additional complication of the hinges for the lower shelf. Also, it’s possible my trashed wing skin may not be workable for these. Hopefully I’m wrong about that, since ordering sheet from Aircraft Spruce will make for some really expensive shipping…