No, really, that’s all I did today, just work on pushrods.

First up was the large pushrod that will go from the bell crank back to the elevator horns. This one is made from large-diameter, thin-wall tubing. Just trim it to length, clean up the cut area, fit the rod end inserts, then mark and drill the holes. Marking the holes is kinda fun, you just stretch a strip of paper around the tube, fold it three times to make eight sections, then wrap it around the tube again and mark where each crease is – and now you’ve got eight evenly-spaced holes! 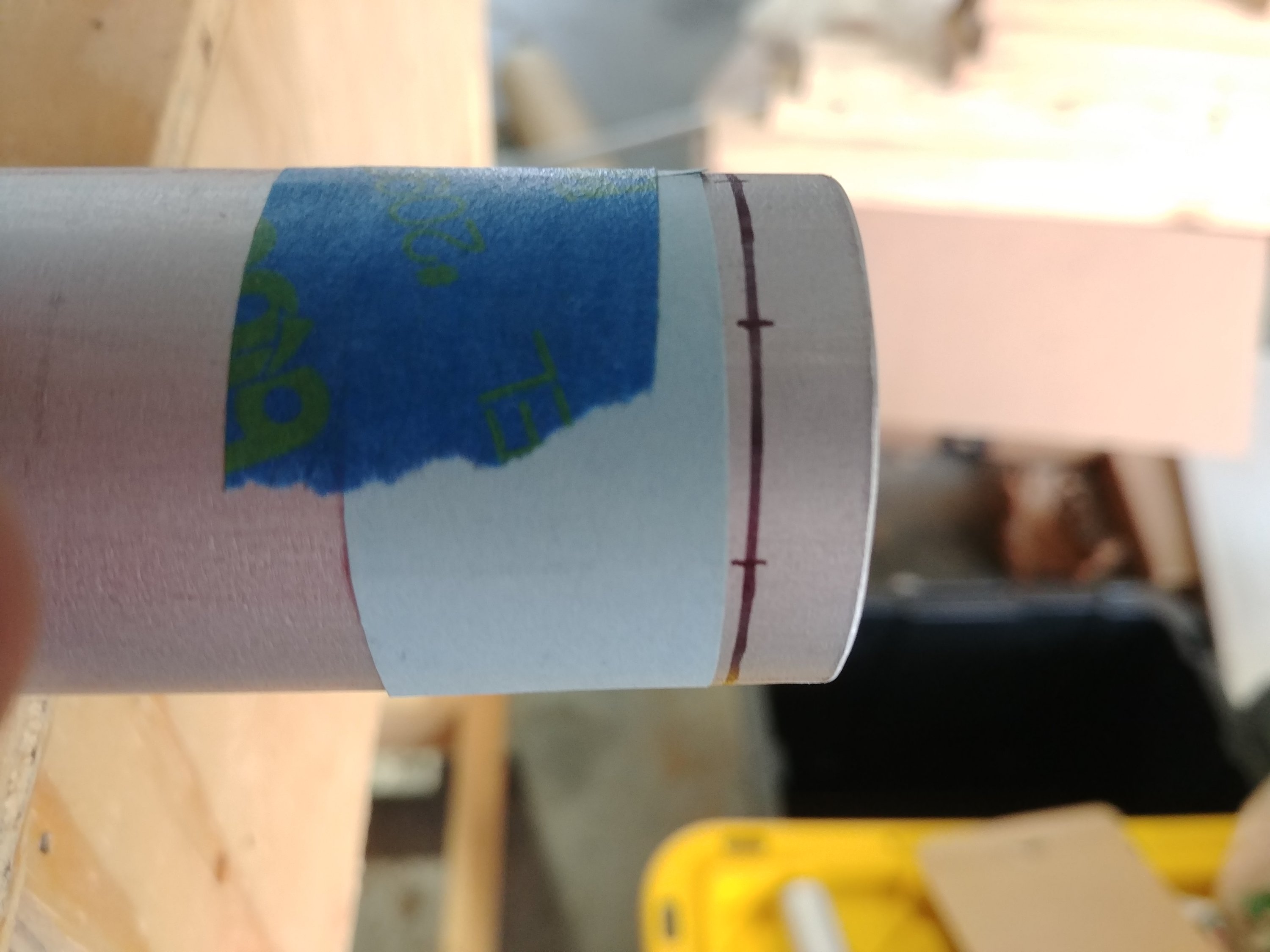 I recruited Josie’s help to get those holes drilled – trying to support the entire rod (which is a good 5’ long) while positioning it precisely at the drill press isn’t really a one-person job. Then there was a lot of priming, followed by some riveting, and this thing is done: 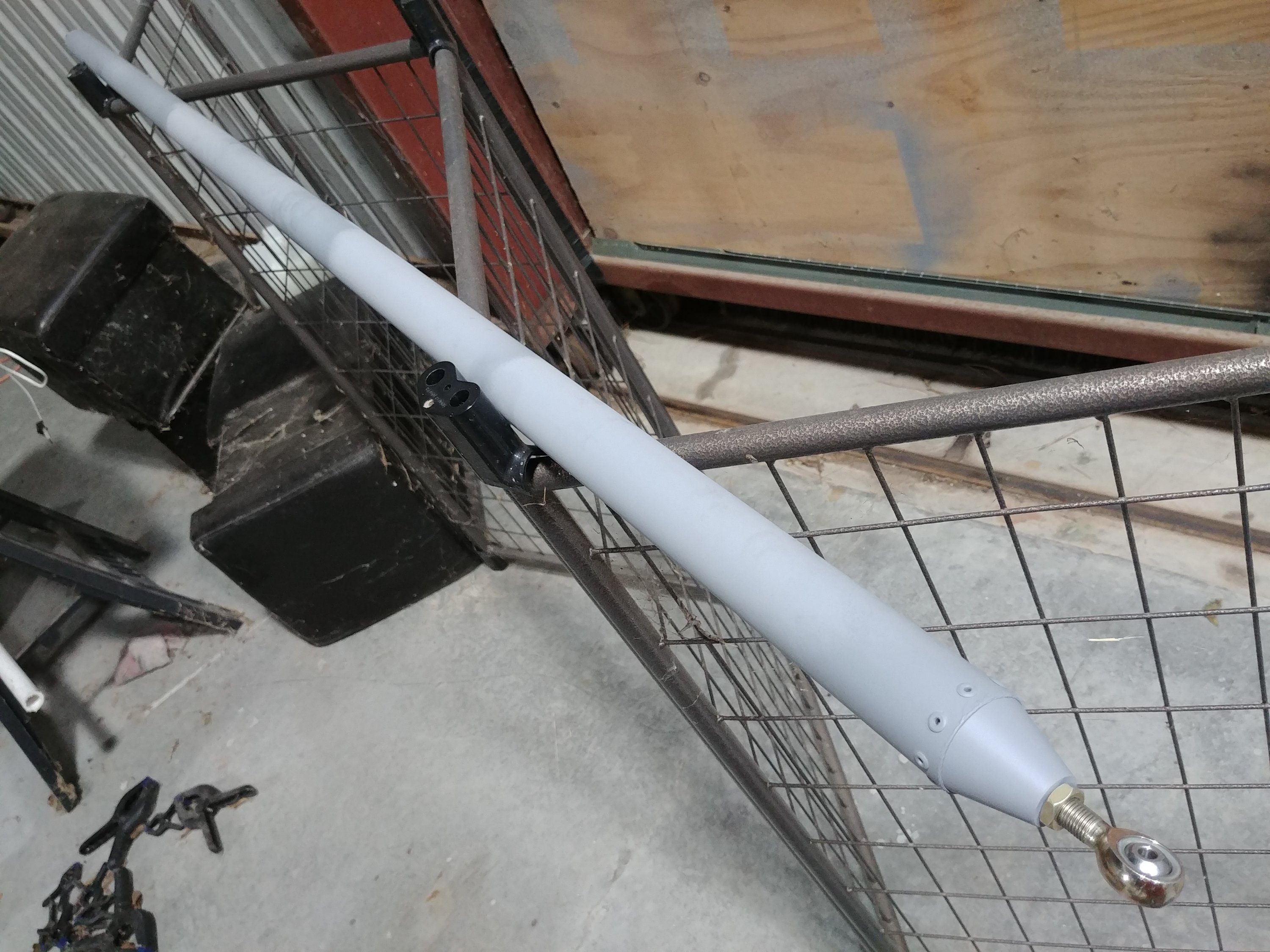 Next up, basically the same process is repeated for the smaller of the two pushrods; this one will connect the bellcrank to the rear stick. This one is smaller-diameter tubing, but with a thicker wall, and the rod end inserts here are male instead of female. Additionally, the inserts here are plated, unlike the previous ones, so they don’t need priming. I got as far as drilling the small one, cleaning it up, and priming the outside tonight. I figure I’ll let that dry overnight and tomorrow I can deal with priming the inside and getting those inserts in place.

In between priming the second pushrod (ie while letting the coat on one end dry so I could then hold that end while priming the other one), I grabbed the third pushrod of the night, which will connect the front and rear control sticks. This one, at least, is prefabricated, with the inserts already in place and the whole thing powdercoated. All I had to do was thread in the proper rod ends. Well, actually first I had to clean the thing, because mud daubers had built nests in both ends of the thing. I ended up having to run a tap through the inserts to get all the crud out.

But hey, now this one is done too: 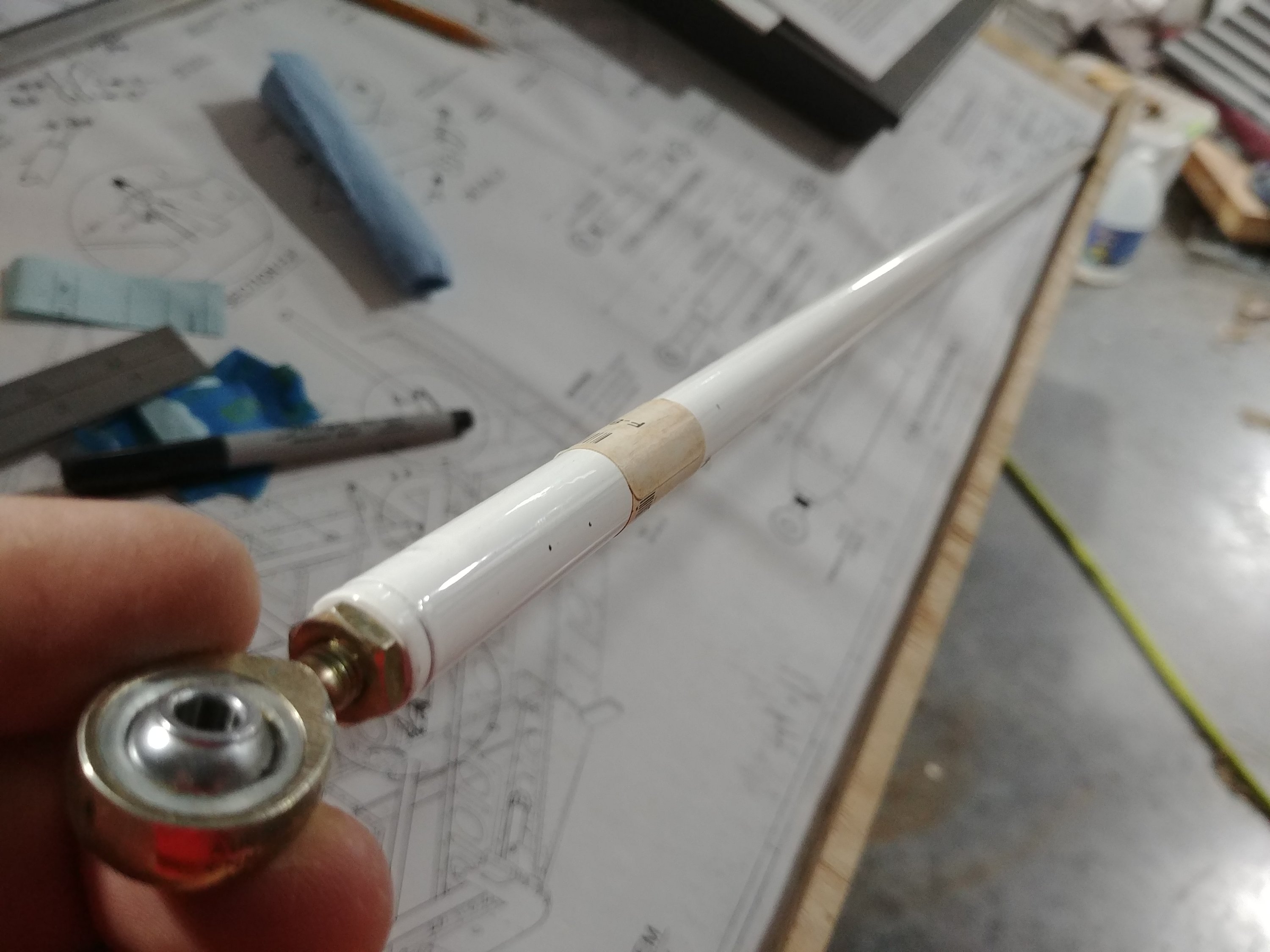 And that’s it for tonight. Maybe tomorrow I can get that second pushrod done, and then move on to prepping the actual control column, which I believe is the next thing on the list. Which will put me a little bit closer to actually rigging the controls and making control surfaces move…