So in between smoking a turkey, eating said turkey, taking the obligatory post-turkey nap, and giving the parents a call, I did find some time to get out and work on the plane.

First up was picking up where I left off on the vertical stab. I laid out the four extra rivet holes, as directed by Van’s to account for the edge distance issues, drilled them in the splice plate, and then used those as a guide to drill through the spacer and spar. Then I deburred the new holes before riveting everything together: 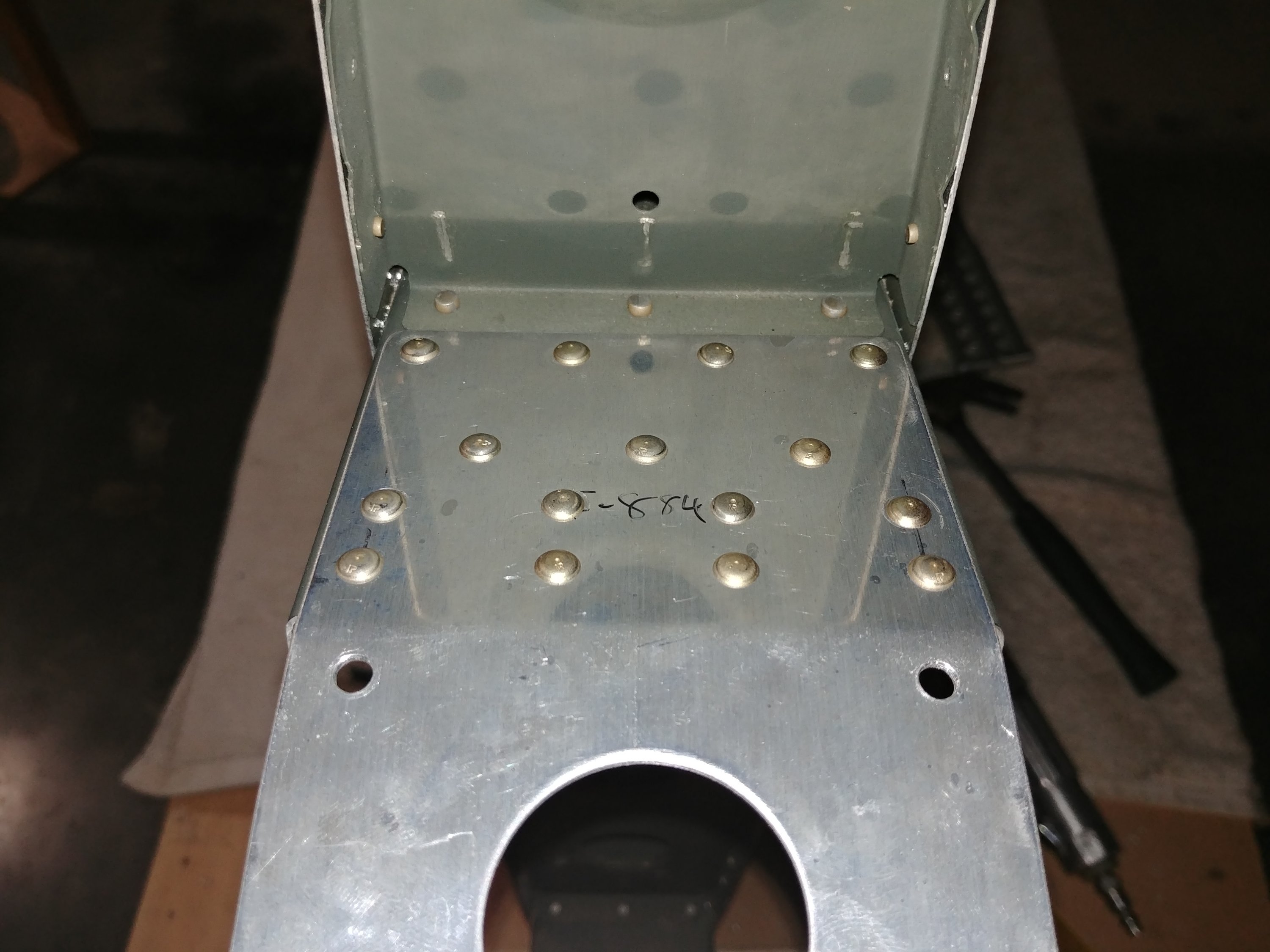 Then it was back over the fuselage, where I bolted the stab in place, semi-permanently this time: 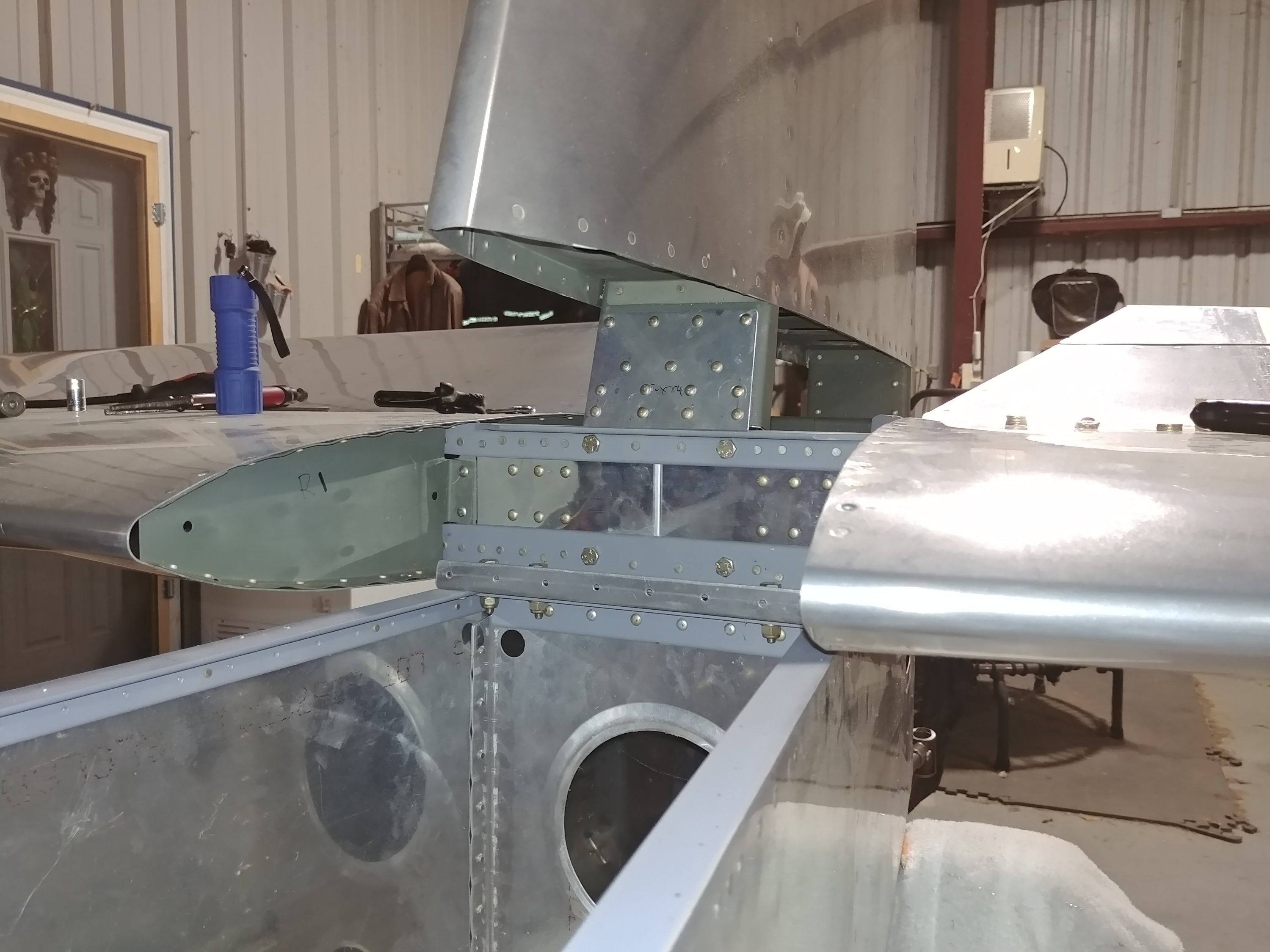 Next up was drilling the elevator control horns for the pushrod attach point. These holes aren’t pre-drilled, as the horn parts frequently have some variance in them; it’s for the same reason that the pivot holes in the horns are drilled in assembly as well (waaaay back in the empennage build phase).

To start with, both elevators are clamped into a neutral position, in line with the stab. The position of the horns is examined, and the one that’s furthest back is chosen as the on to drill the first hole in. The reason for this is that the hole is laid out relative to the forward and bottom edges of the horn, to ensure proper edge distance. Since the second horn will be located further forward, we can be sure that the edge distance there will be OK as well; if we did it the other way, we’d potentially have an edge distance violation on the second horn.

Anyway, in my case the right horn was further back, so I laid out and then drilled the bolt hole there (note that here I’ve moved the left elevator to get its horn out of the way for the photo): 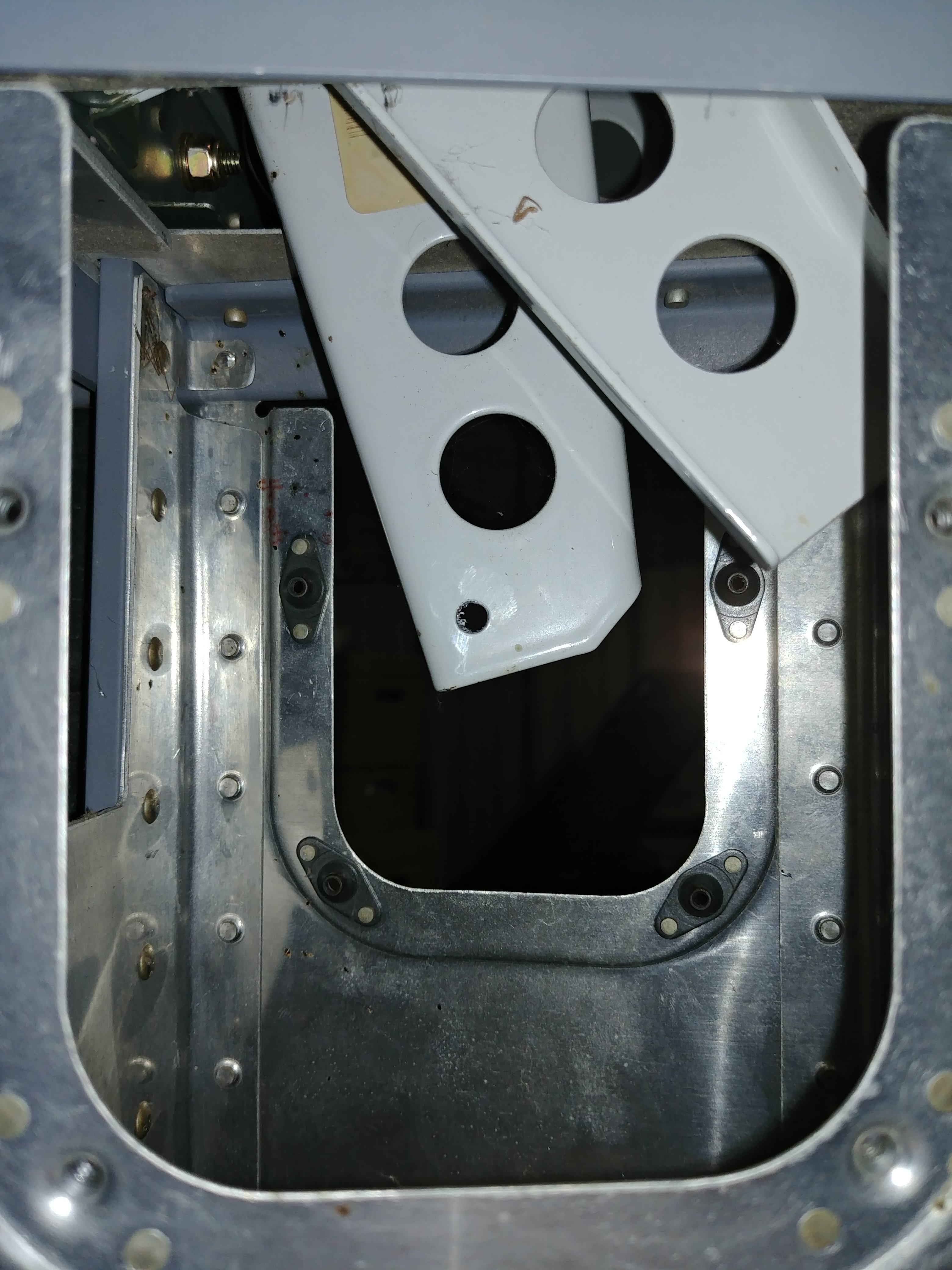 The next challenge is to drill a hole in the other horn in the matching location. The problem here is that there are a couple inches between the two horns, so we need to make sure that we drill straight across. To do this, a drill guide block is made from hardwood. In my case, I reused the piece of poplar that I’d previously used as a drill block for the horizontal stab. I had to trim it a bit to get it the proper width for a snug fit between the horns, and then I drilled a new 3/16” hole using the drill press to make sure it was properly square. Then the block gets clamped between the horns, in alignment with the first hole: 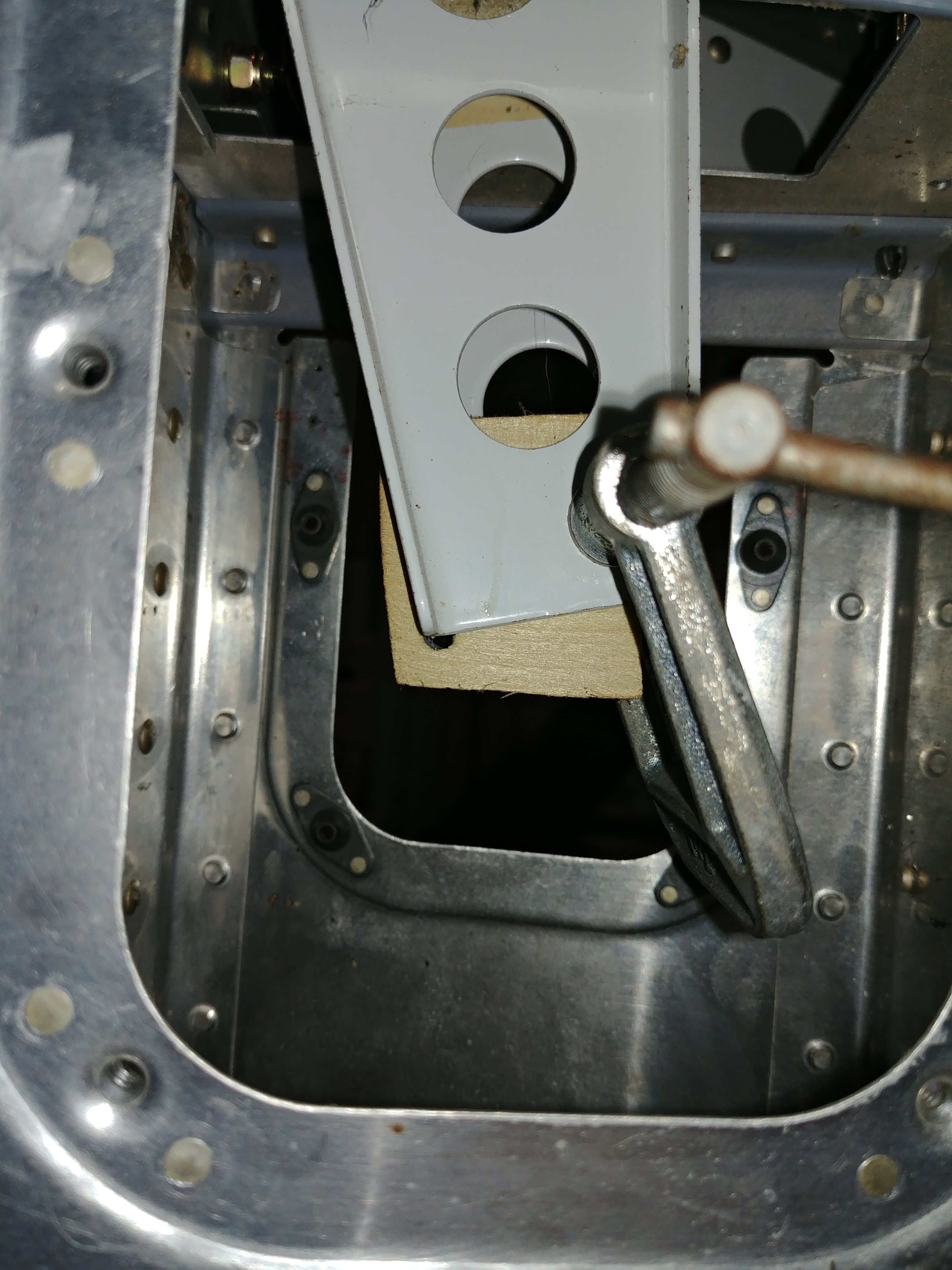 And then the hole gets drilled: 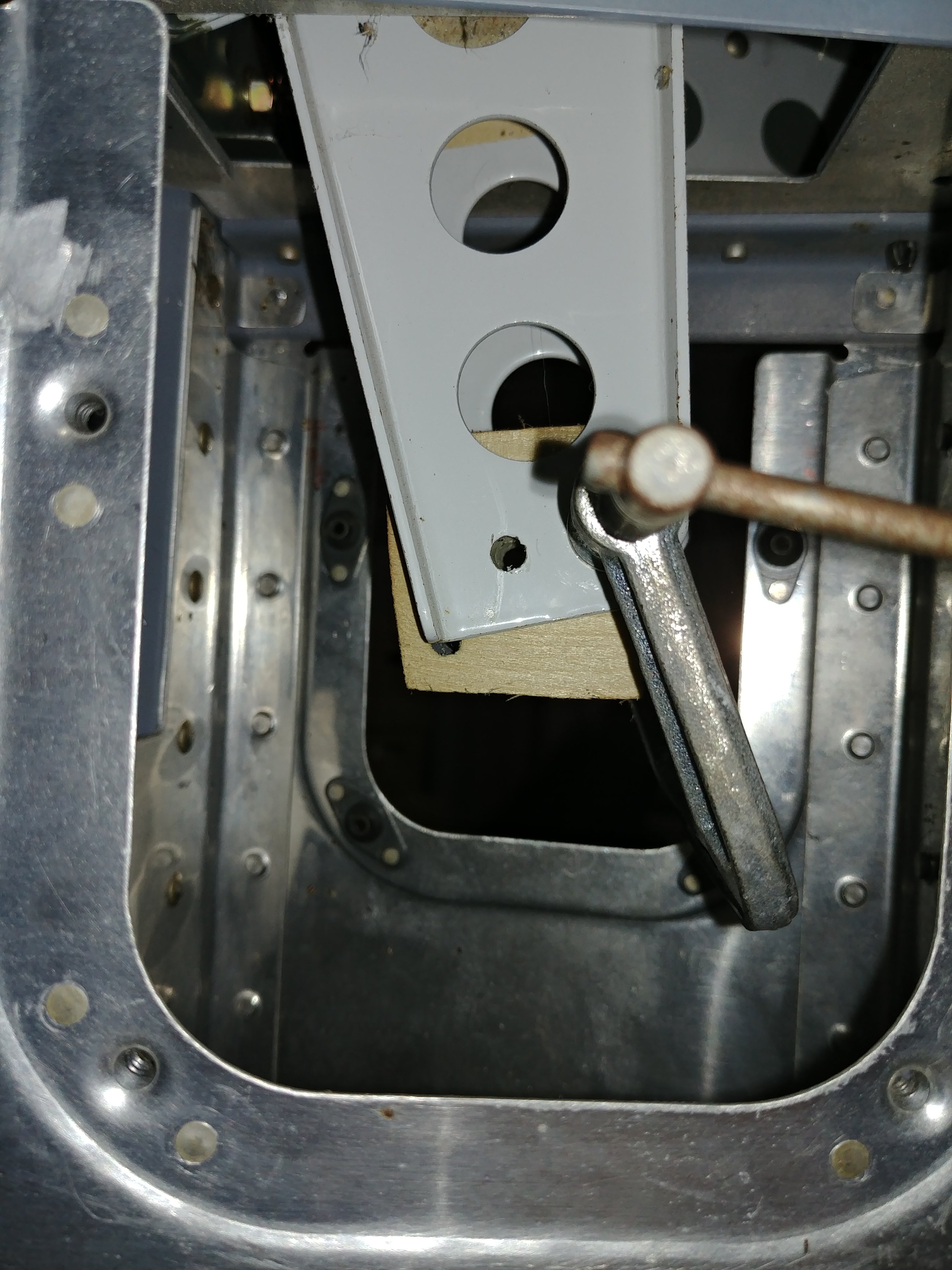 And that’s it – a quick pass with the deburring tool to clean up the holes, and these guys are now ready to accept the pushrod, which I’ll be fabricating next.