Well look, here we are after another break in getting stuff done. My excuse this time revolves around the two weeks we were out of town in early October, which of course 100% explains the six weeks it’s been since I did anything. I suppose being a little hesitant to actually commit to drilling holes figured in, as well. But today was the day to get moving again.

First order of business was to reverify that the fuselage was level and that the stab was clamped on straight and true. After all, it’s been six weeks since I did all this work. I was pleased to see that everything was still 100% kosher. So after triple-checking everything, I brought over the drill and drilled the four attach pilot holes between the attach bars and the rear spar. Whew – they ended up centered nicely on the spar reinforcement bars! 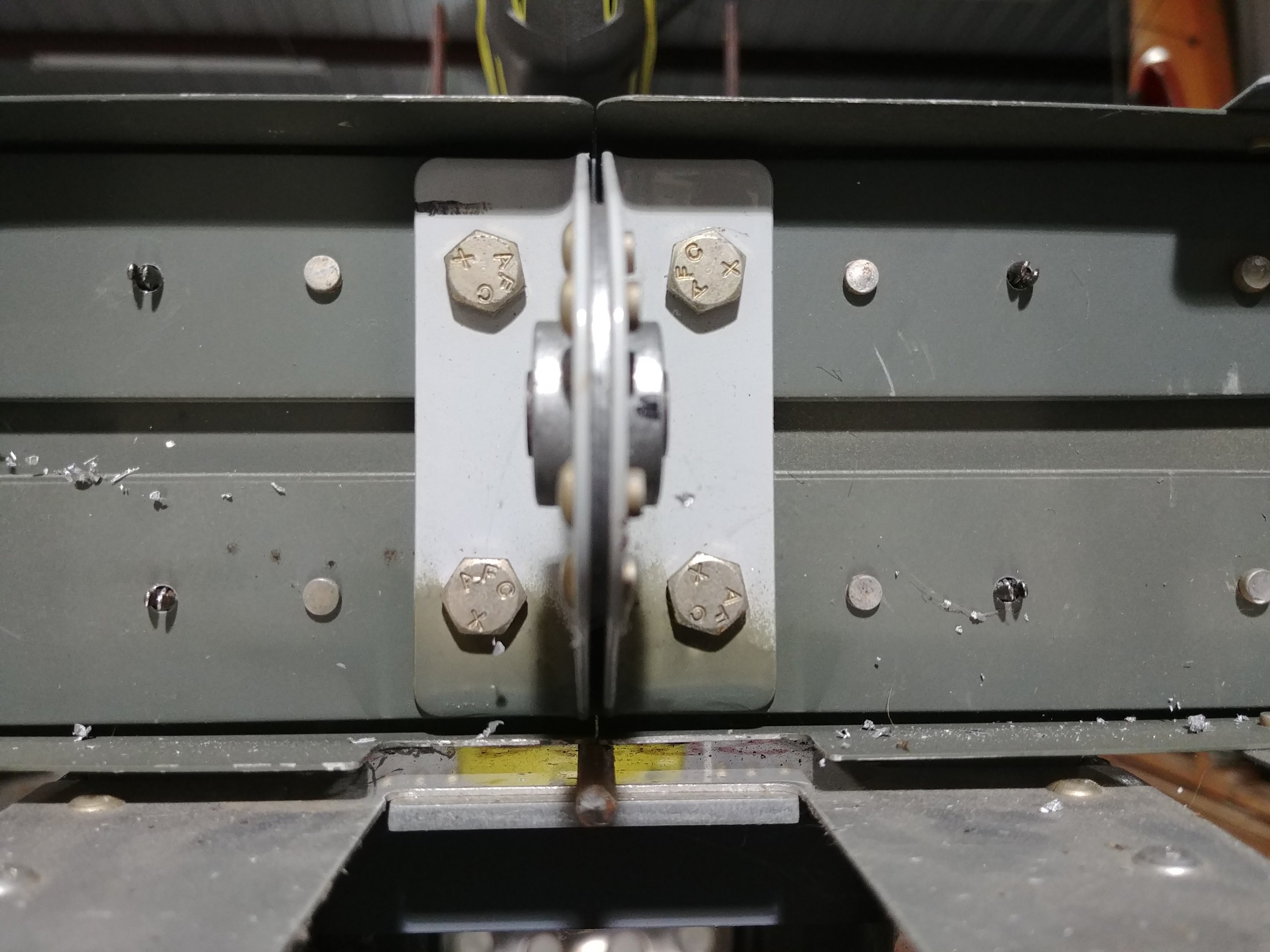 That was the easy part, though. The forward spar attaches with four bolts, which go vertically through a bunch of pieces. From top to bottom:

The good news is that all this stuff is pretty well fixed in place. Everything below the aft deck is riveted together, and the position of the stab itself is dictated by aligning it properly and squaring it to the fuselage. The spacers I’m a little concerned about, even though they’ll be tightly clamped when I drill, I worry they might move around.

The bigger concern here, though, is positioning the bolt holes – especially the outboard ones – such that they don’t compromise edge distance and thus weaken the structure. The plans give you measurements for laying out the holes, but being concerned about positioning, I decided to take some time to wrap my head around the layout and reason things out a bit.

To start with, I removed the stab and proceeded to draw the outlines of the relevant pieces on the aft deck: 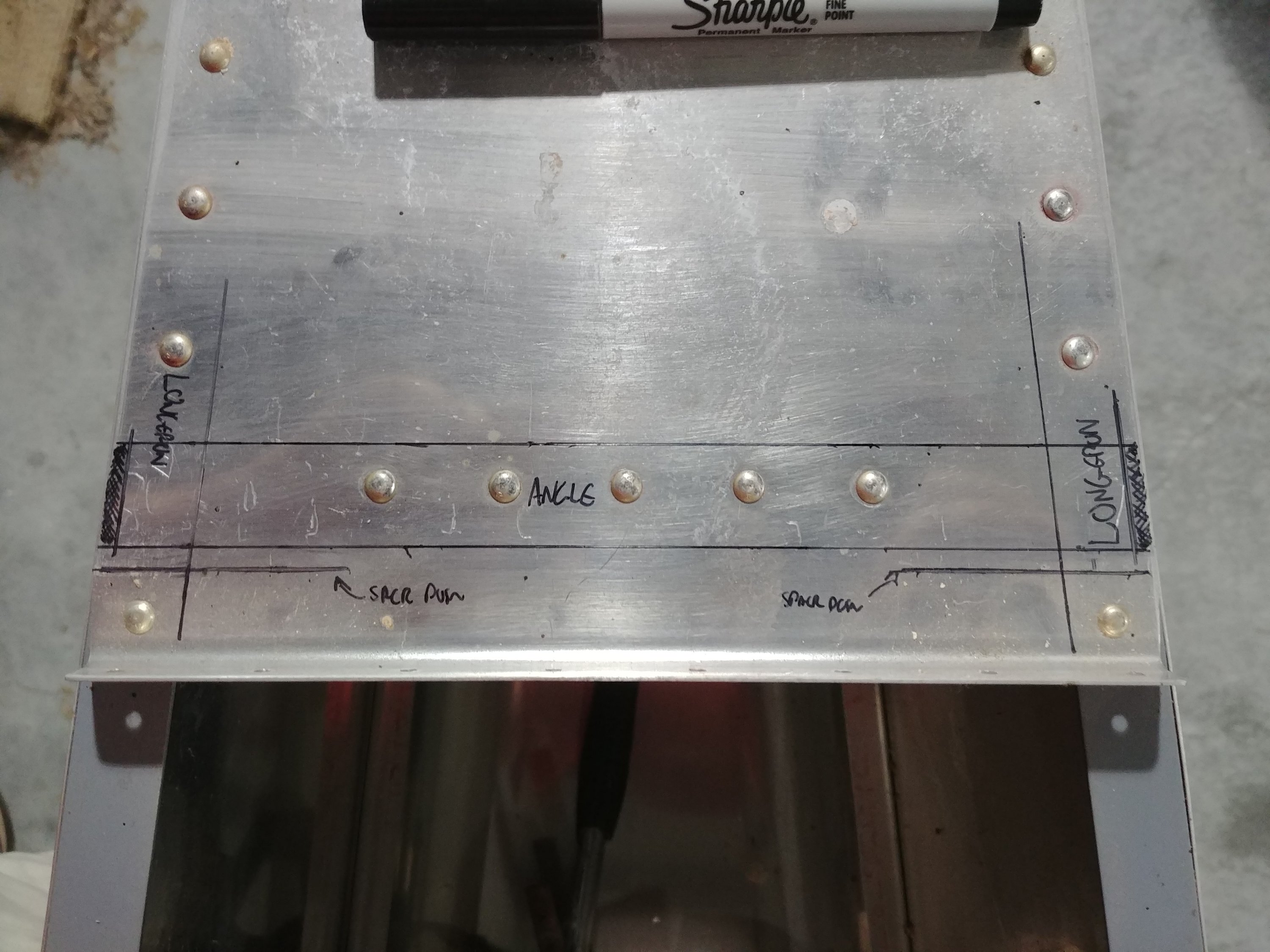 I also took those photos and made some annotated layouts with Photoshop: 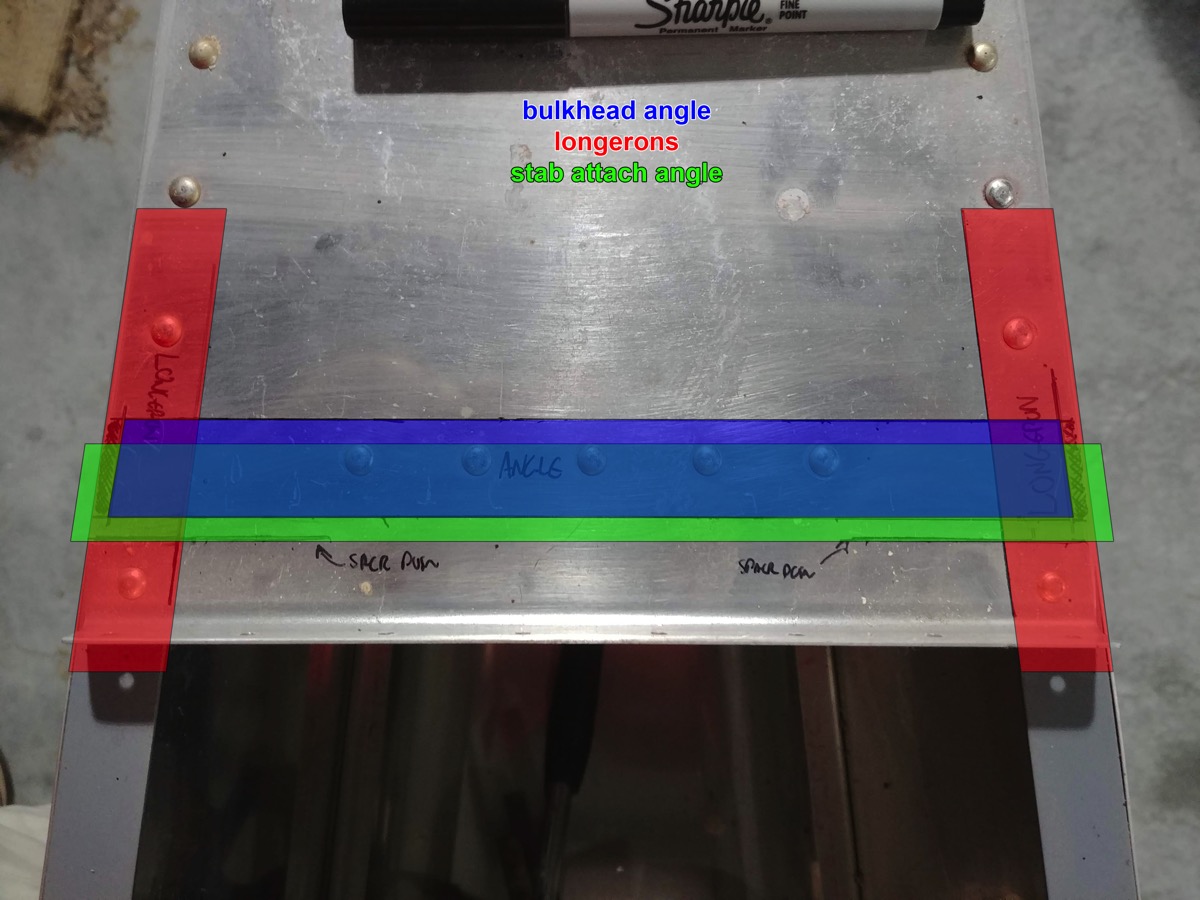 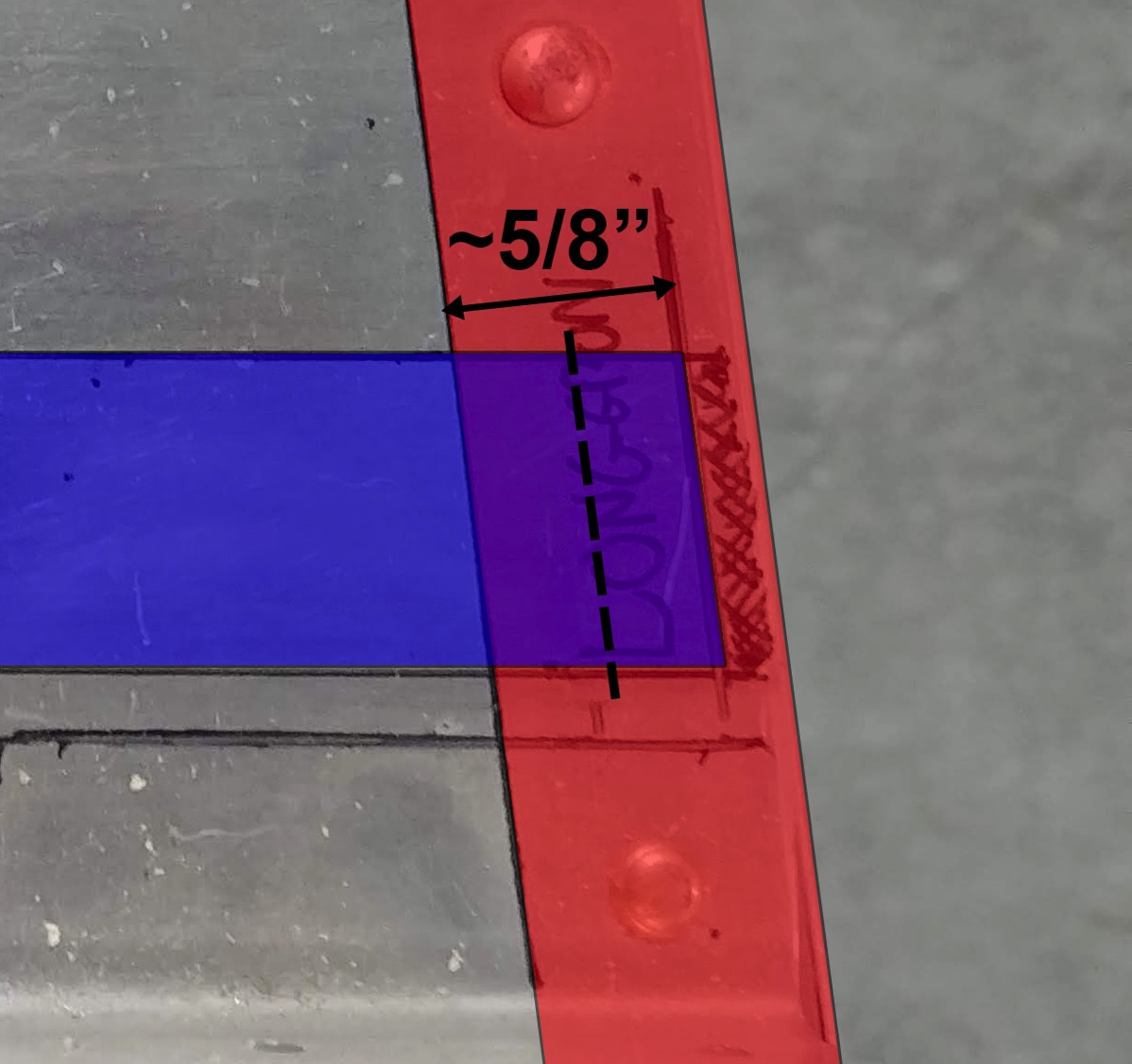 This is where it gets fun. By the book, for a 3/16” bolt hole, I’d want the center of that hole to be 3/8” from the edge of any part. But there’s only 5/8” of overlap between the longerons and the bulkhead angle, so the absolute best edge distance I can hope for here is 5/16”. The good news, based on my research, is that this is not a show-stopper, and in fact it sounds like almost everyone runs into the impossibility of getting “by the book” edge distance here.

Overall, I think I have a solid strategy here to make this as good as it can get, but this seemed like something where I should really let everything stew in my brain overnight before actually doing any drilling. I also posted to VAF just to get a sanity check from the peanut gallery there. It may even be possible that I’m way overthinking this.

So we’ll see how I feel about all this tomorrow, and what sort of feedback I get. I still have to decide how I want to drill the actual holes, even if I can lay them out nicely on the aft deck, I need to transfer those hole positions to the stab angle in order to actually do the drilling…