So this hasn’t been a productive airplane week – in addition to the usual household chores, I’ve been working on getting the car ready for my next track event next weekend. That took up more time than I expected since I had an issue crop up with the power steering. I knew I was in danger of getting back in the habit of not working on the plane, so today I made sure to force myself out of bed when the alarm went off so I could get to work.

Today was just lots of riveting – as of last time I’d shot one row of spar and center main rib rivets. Today I knocked out the other three spar/rib lines, which wraps up all of the riveting that a) requires the rivet gun and b) involves bucking rivets in the tight quarters inside the stab. After I’d finished this riveting, I took some time to wipe down the inside of the skin with acetone – I deposited plenty of sweat inside there today. Best not to leave that in there.

With that done, I finally grabbed the rear spar assembly and clecoed it in place. Now I just have to go around the perimeter and squeeze all of those rivets, which should go more quickly than the interior rivets. Then there are a coupe more structural rivets to tie the spar into the ribs, and I will once again have a horizontal stab.

Here’s the obligatory photo of the stab all clecoed together and ready for final riveting: 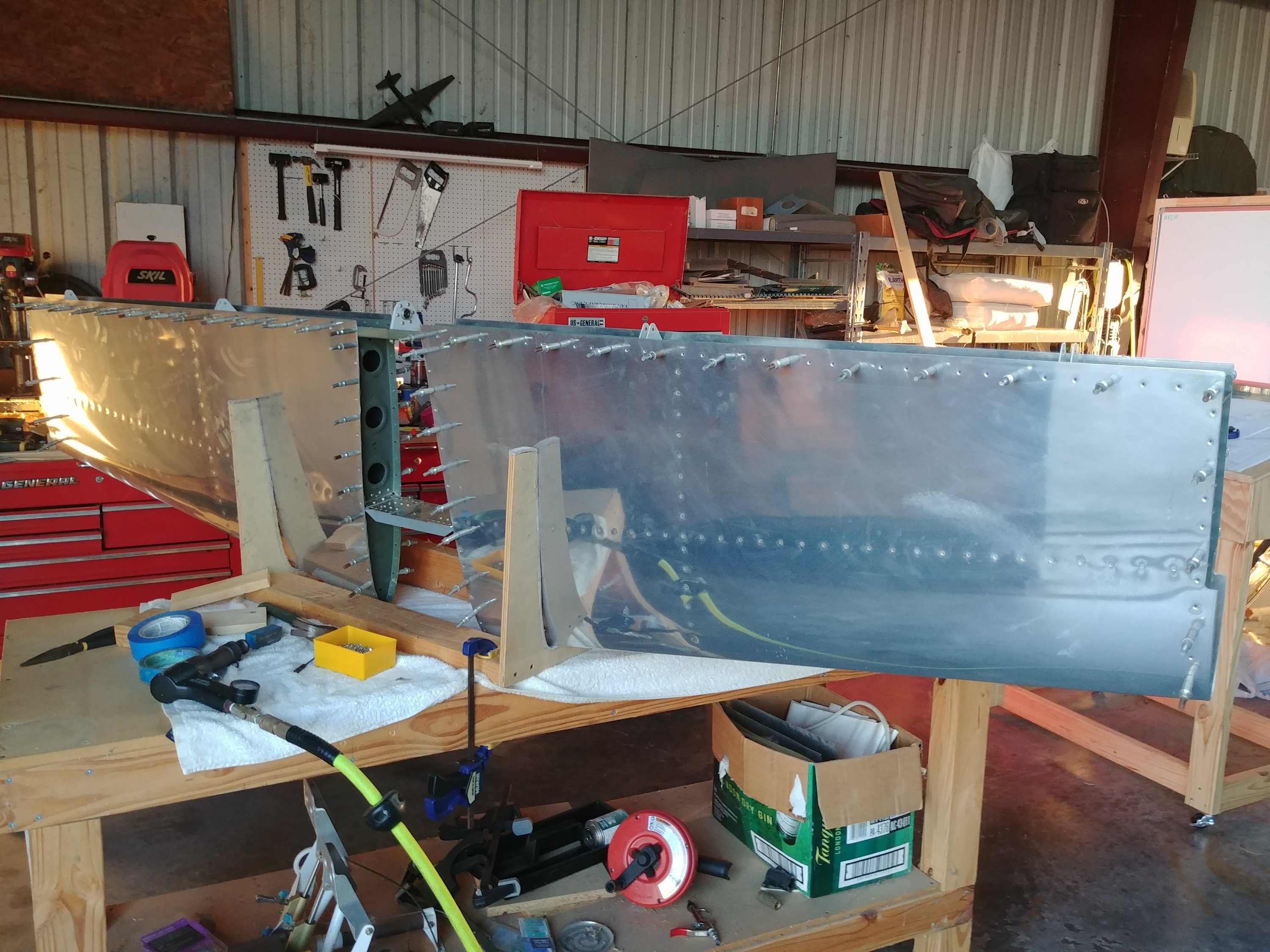 I think the next order of business is going to be finally finishing up the riveting and assembly of the forward fuselage. I’d kind of like to get that done before moving on to fitting the horizontal stab, though I suppose it’s not necessary – the stab won’t be staying on long-term. That matters because my rotisserie setup isn’t going to work with any of the tail feathers in place. Which is why the stab won’t stay on – I’m a long way from being finished working inside the fuselage canoe…