Well, this little detour appears to be drawing to a close. With the prep work I did Thursday evening, the only thing left to do today was to start riveting things together.

First up was assembling the entire front spar – the two channels, the two reinforcement/splice angles, and the doublers.Lots of fun with long rivets here, but I was able to squeeze them all. Then I added the inboard ribs. Look, a skeleton is coming together! 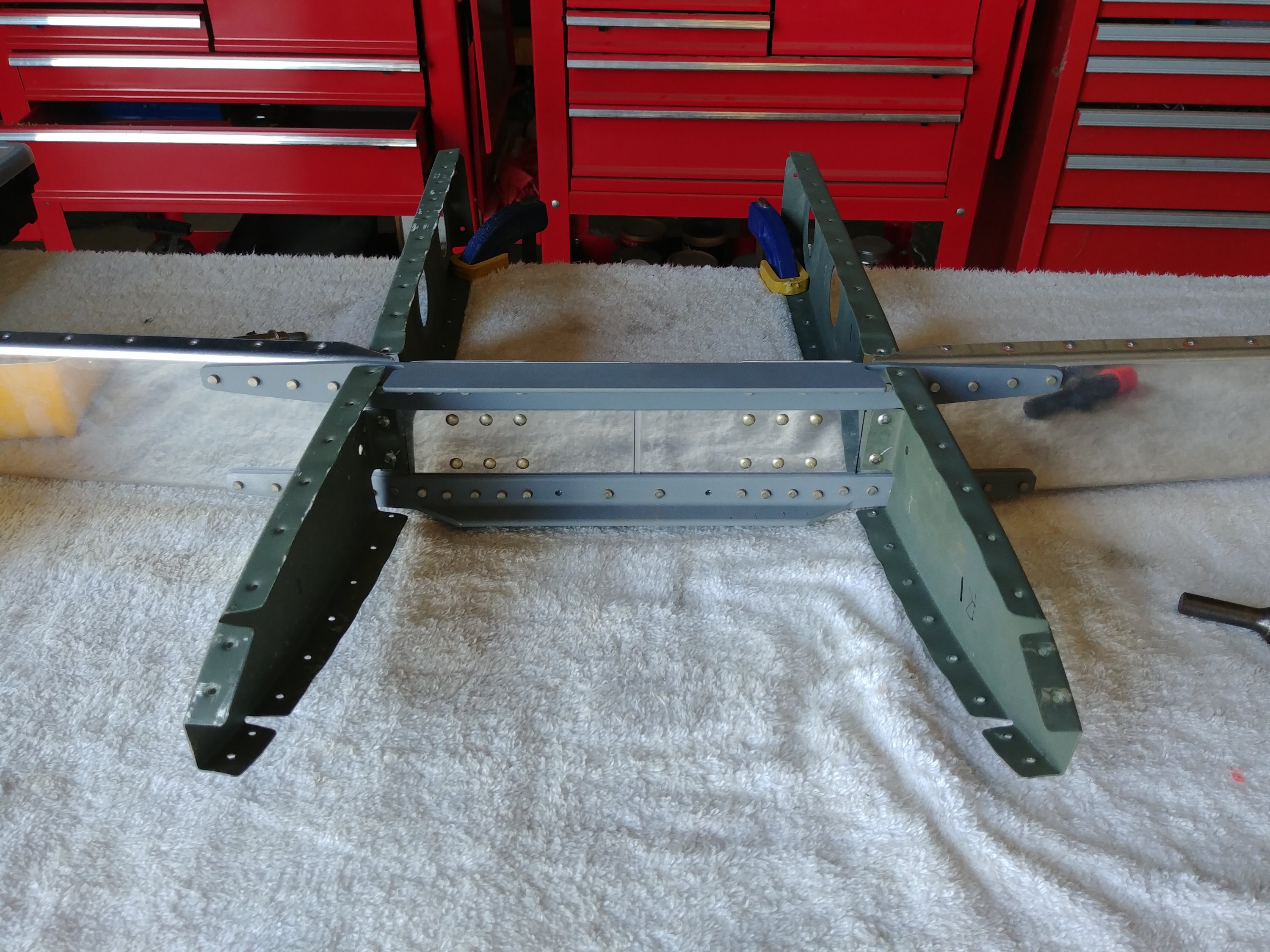 Next it was time to bring the skins over to the workbench. The assembly procedure starts here with riveting the center nose ribs to the skin. This is a bit of a run procedure, for two reasons: first, bucking the rivets has to be done in pretty tight quarters, since the stab isn’t exactly roomy. Even better, the skin has to be pulled around the ribs to conform, so there’s a fair amount of force trying to pull the skins away from the ribs. Even with clecos in every other hole, the skin wants to not sit flush against the rib. However, this was relatively easy to mitigate by riveting with the stab sitting flat on the workbench and pushing down hard with the rivet gun. The downside was that doing this and holding the bucking was a little awkward.

The tungsten bucking bars really came in handy here. I honestly am not sure how I riveted this stuff the first time around when I hadn’t even gotten the tungsten bars yet. Those things are absolutely worth every penny.

Anyway, with the nose ribs riveted, it was then time to introduce the spar and get everything clecoed together. Firs the spar is assembled to the skins, then the remaining ribs are added. Riveting begins with putting the blind rivets that go through the main center ribs, the spar, and into the center nose ribs that were riveted previously. Getting these blind rivets done was way more annoying than I expected; again, it’s tight quarters in there, which makes it tough to get the rivet into the hole, then the puller on the rivet stem, and then figuring out how to exert force in that small area.

But hey, it’s starting to look like I have a stabilizer again! 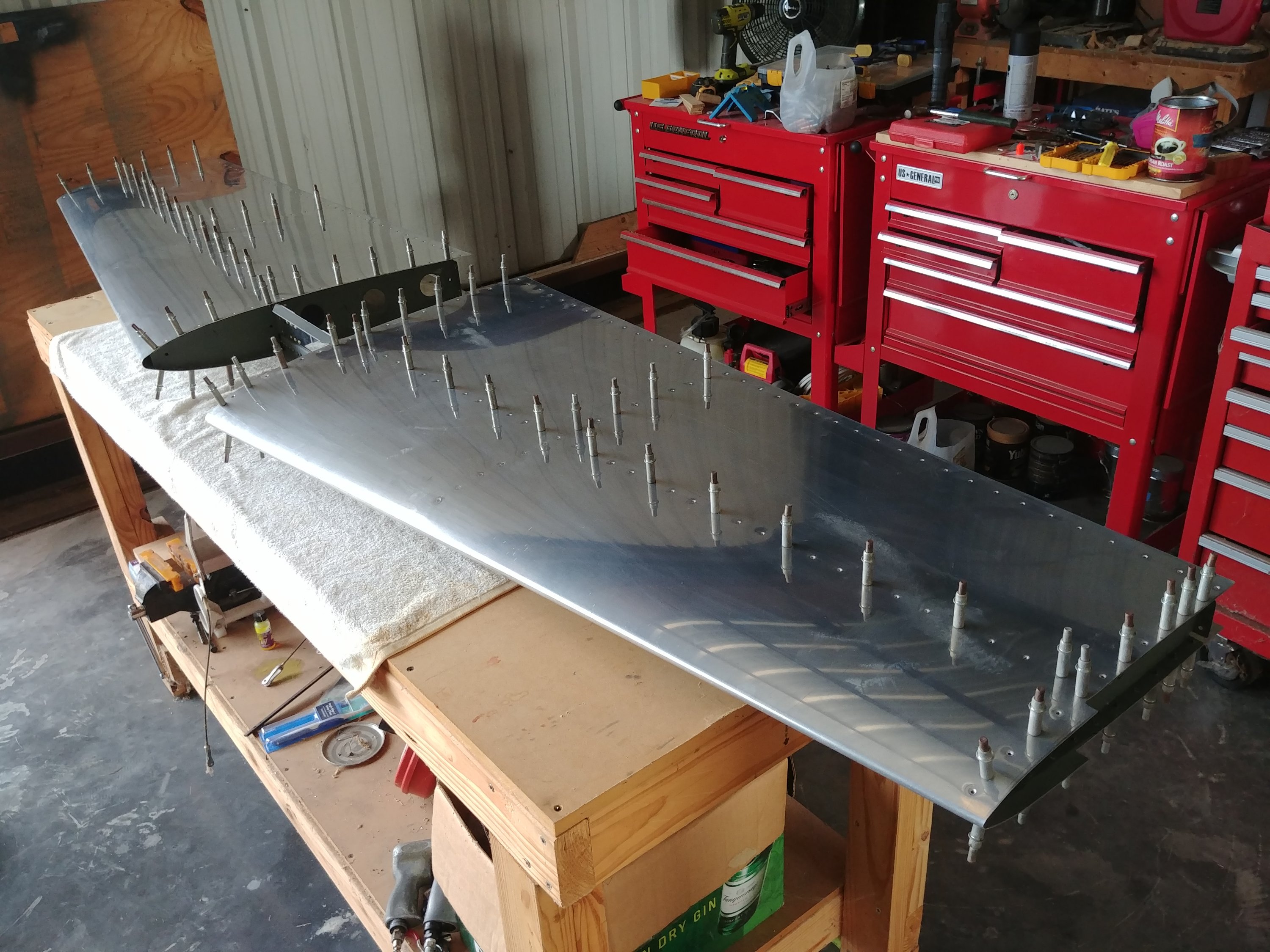 That ended up being the last work I did before switching to dinner-making mode. Assembly is coming along nicely, and tomorrow I can pick up with beginning to shoot a whole lot of skin rivets. It’ll still be tight-quarters work, but should be better than working up in the leading edge. I think there’s a good chance I can close this thing up tomorrow.