Back at it again! Before I got to actual plane work tonight, I had a goodie box from Aircraft Spruce waiting for me at home. There was only one thing (well, four things) in there I really needed – four longer AN3 bolts to properly assemble the throttle. I also bought a bunch of AN3 nylock nuts and washers, just cause it seemed my supply was a little lower than it ought to be. I’ve been trying to keep separate the nuts I use for temporary assemblies, and only use new ones for final assembly, but I think I’ve been going through more than I need to. Technically nylock nuts shouldn’t really be reused at all, since the nylon locking stuff degrades after a while. And lest anyone think this isn’t serious business – the deadly crash at the Reno Air Races a few years back was traced to a nut that had been reused too many times and lost its ability to stay tight.

Anyway, I’ll put that soapbox away…the last thing in the box was the expensive item I added so I could get free shipping. It’s my heated AoA pitot tube from Dynon, and hoo boy is it shiny and fun to look at: 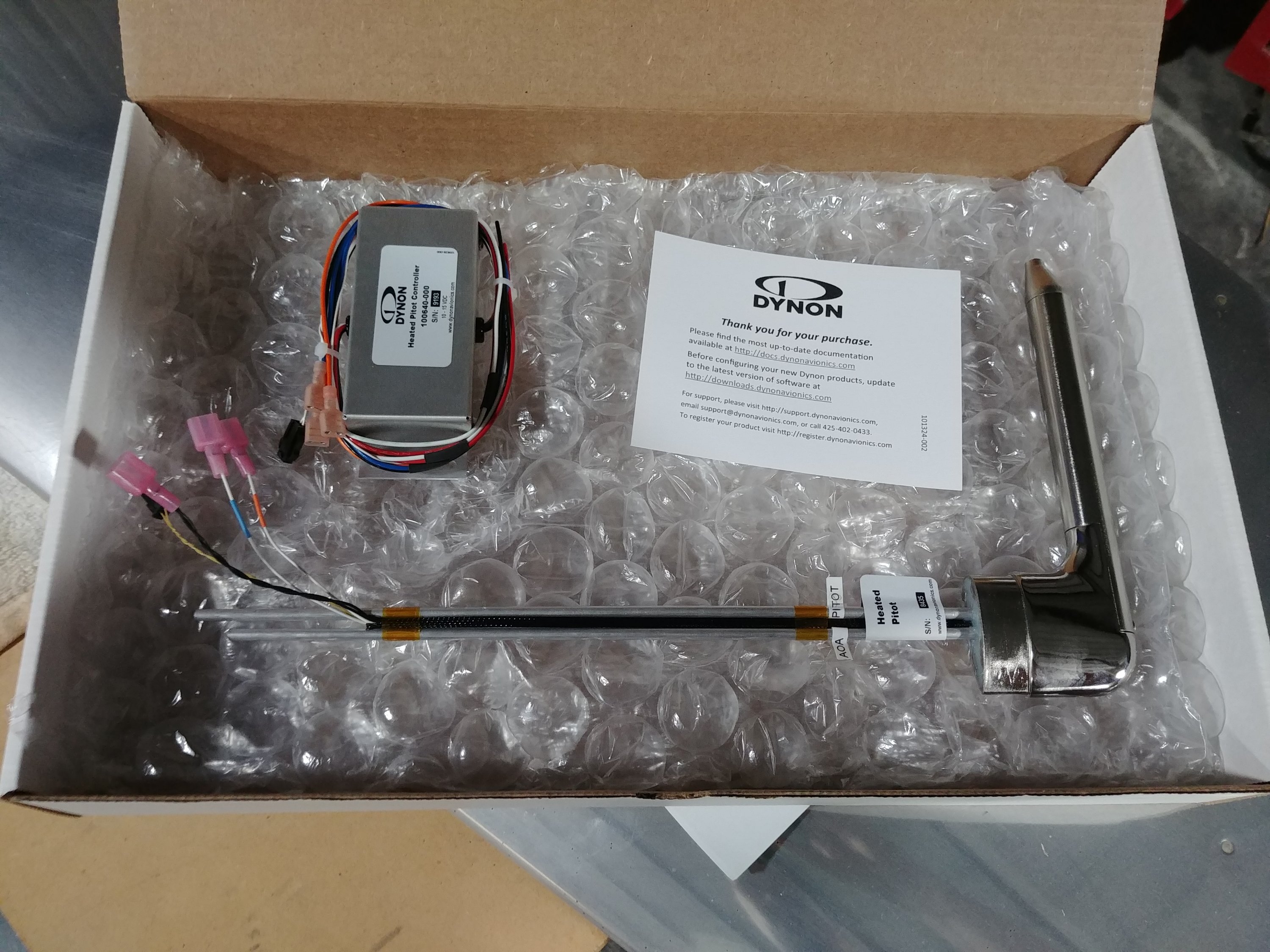 Not going to need that any time soon really, so it’s now sitting on a shelf. Before getting going on the real work for the night, I took those bolts and reassembled the throttle quadrant to its now-painted mount, then added the cover plate just to see what it looked like. I think this turned out pretty well: 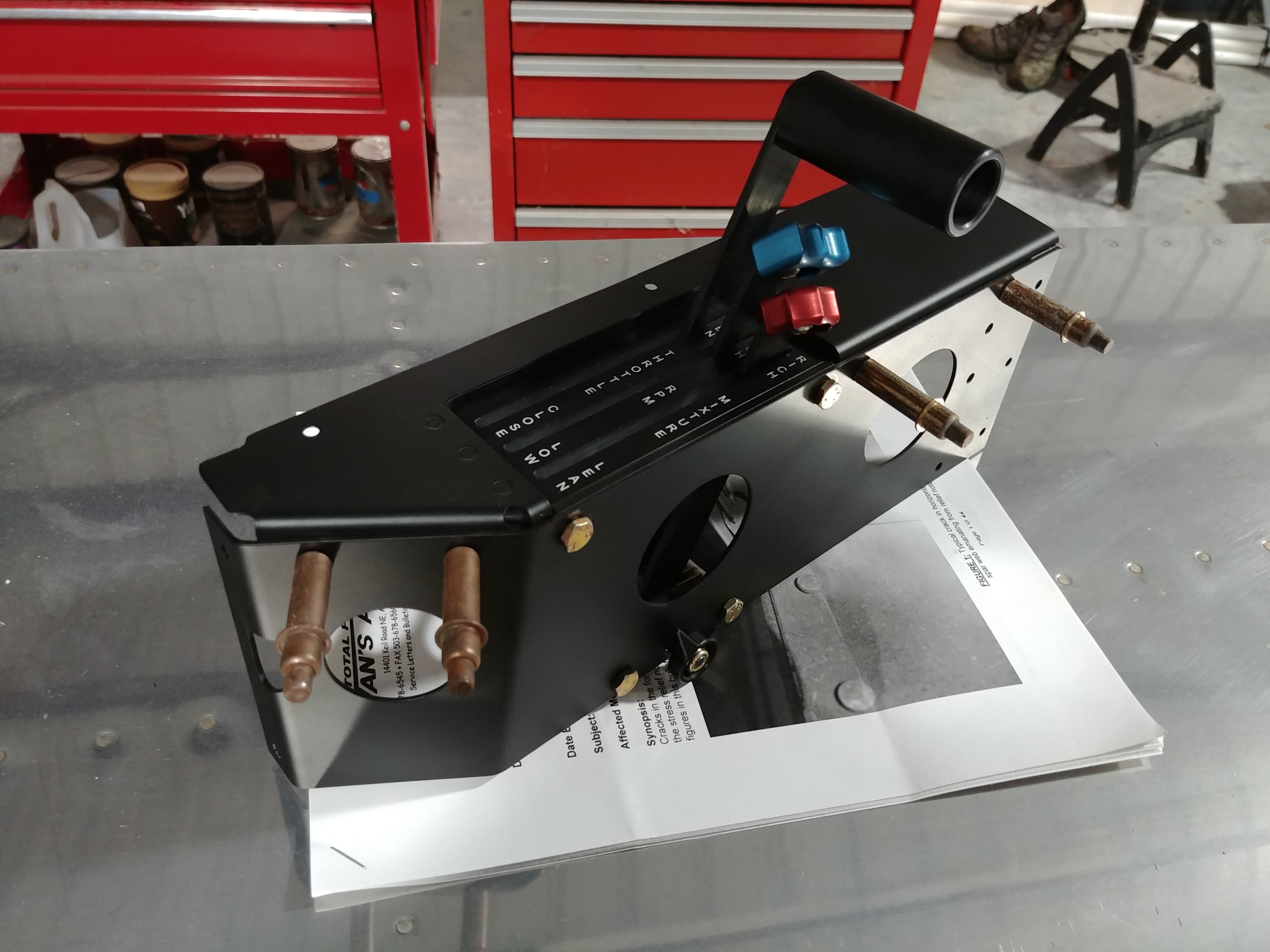 I even laid it in the fuselage to see what it would look like in place. Seems decent to me: 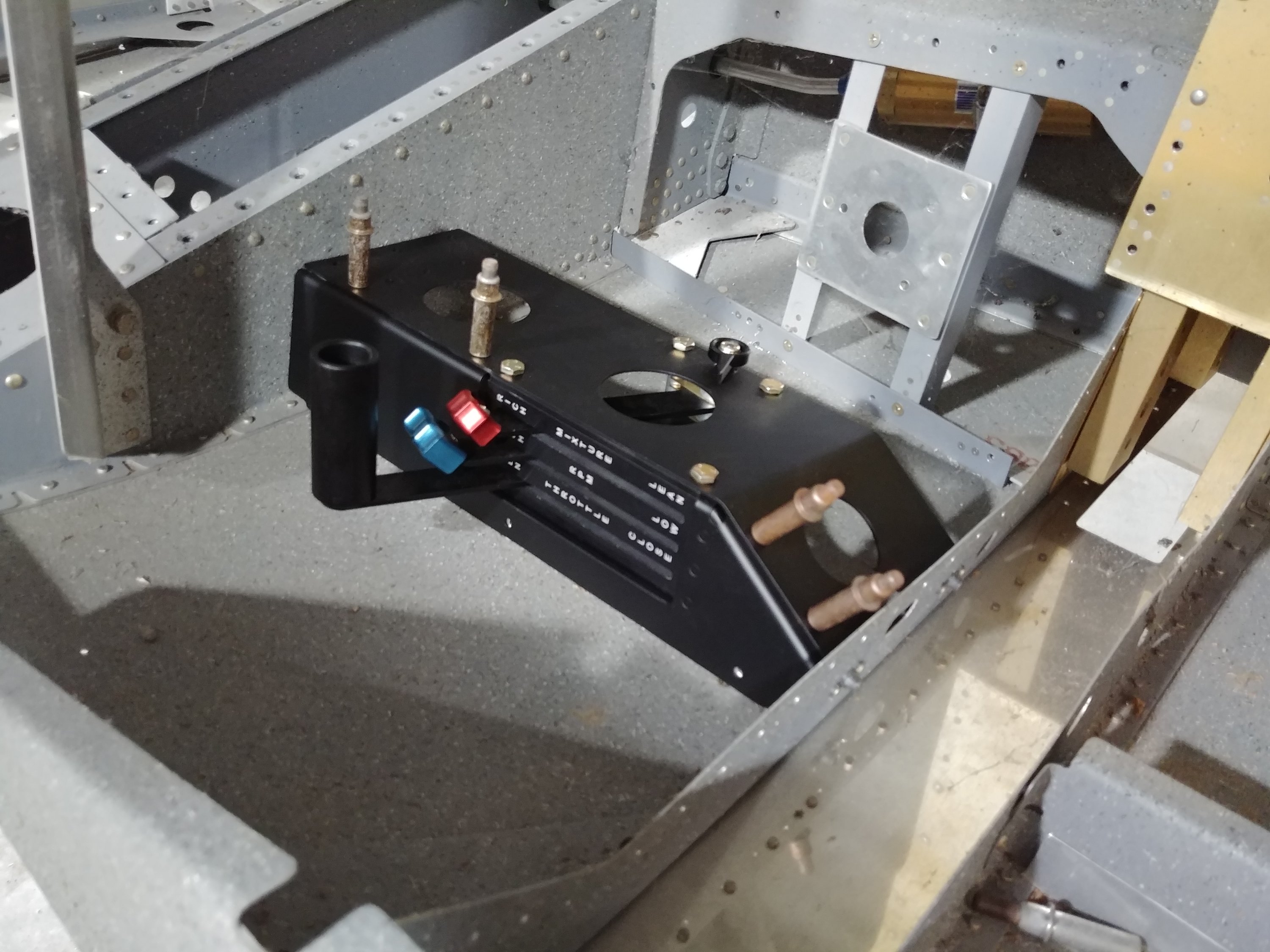 That went on a shelf too – I decided not to actually install it in the fuselage, as specified in the manual. I figure I might as well leave it out until I really need it there.

And then it was on to the real work of the night, getting going on the h-stab service bulletin work. At a high level, the work involves removing the inboard ribs, partially disassembling the forward spar, doing the work to add the reinforcements, and then putting everything back together. Tonight I just worked on drilling out all the rivets between the skin and those four ribs.

There’s been no shortage of rivets I’ve drilled out over the course of this project, but they were always in small numbers, just a few at a time. Here, I was removing them en masse, which opened the door to getting careless. Drilling out rivets is precise work, and it’s a lot harder to keep the precision up when you’re doing it 40 or so times. Nevertheless, I got all the rivets out, and there’s only one hole where I think I may have enlarged it slightly.

The ribs are still in place for now – I also have to drill out the rivets attaching them to the spars. That part is going to be tougher; I won’t have great access to the manufactured heads, so I’ll probably have to use an angle drill for them. And there will still be even harder ones once I get to removing the reinforcement angles from the spar – those project into the stab a bit. That’ll be where I’ll have to be really careful not to damage anything.

But anyway, that was all I got done tonight. Hopefully I can get all this SB work knocked out this weekend, and move on to mounting this thing to the fuselage…