Fitting seat floors and such

Got out to work fairly early again today. First order of business today was removing the plastic from all three seat floor panels and getting the edges demurred all nice. Then there followed a bit of a circus – the next step called for cleaning up a couple of spacers that go between floor panels and support angles. I searched high and low for those things. I reached every nook and cranny where airplane parts might plausibly be, in addition to a few implausible spots.

Finally, in desperation, I went to look in the fuselage to measure how long the pieces ought to be, thinking that would help me find them. And that’s when I realized they were already riveted in place to the appropriate support angles, along with the nutplates that’ll be used for attaching the footwells and other stuff. And then I finally remembered – by the plans, these nut plates are riveted through the angles, spacers, and the floor panels. I elected to not rivet the nut plates through the floors, figuring that if I ever have to pull these panels, it’ll be a lot easier if I don’t have to drill out these solid rivets (all the other attachments for these panels are blind rivets).

Well, that only wasted about half an hour of my time. Anyway…from here, I clecoed both of the aft floor panels in place, followed by the baggage compartment floor and shelf. Then I embarked upon a whole lot of match drilling between these various panels and the ribs beneath them. Some of that was kinda fun, since some of the holes were right up against the fuselage walls. I put the ole angle drill to use here quite a bit. On the other hand, having the fuselage turned sideways on the rotisserie makes this a lot easier – instead of leaning over the side, I just sit on my little stool and work right in front of my face.

With all the match drilling done, I next final-drilled the two prepunched holes for the aft control mount. Those two holes were secured with bolts, and then I drilled the two aft holes (which aren’t prepunched). Then that control mount came right back out, and this was about the point I decided to call it a night. Tomorrow I get to move on to working on the flap actuator weldment.

I’ll close with a photo of the interior with the floors and such clecoed in place: 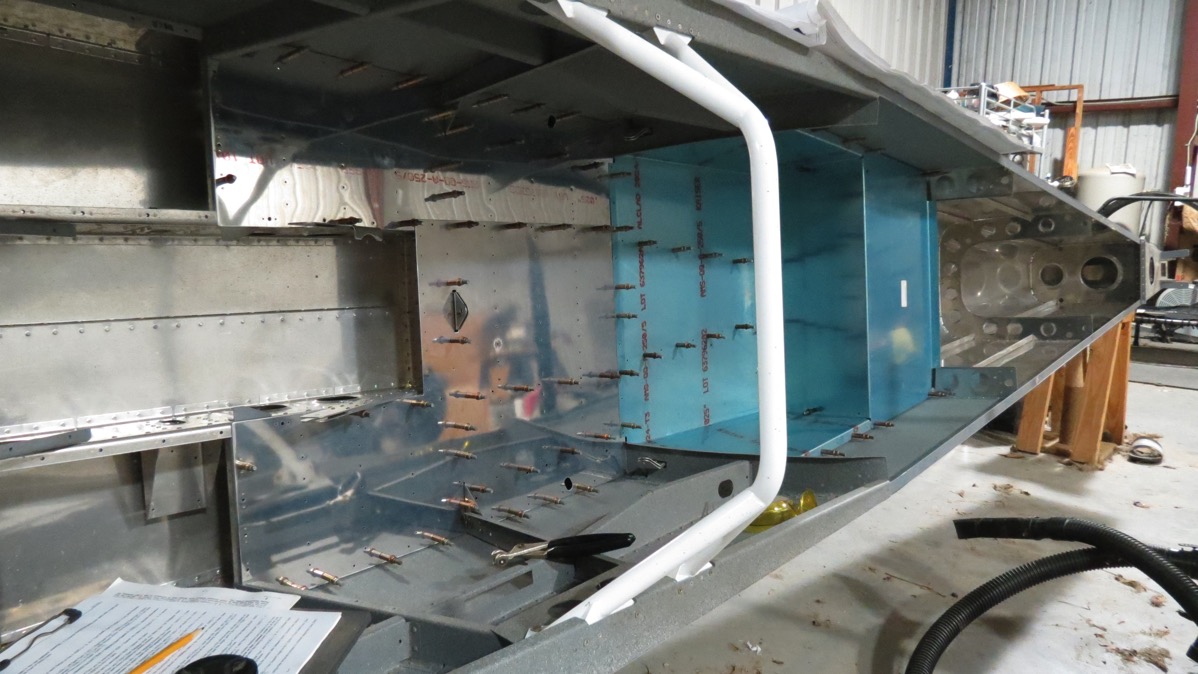 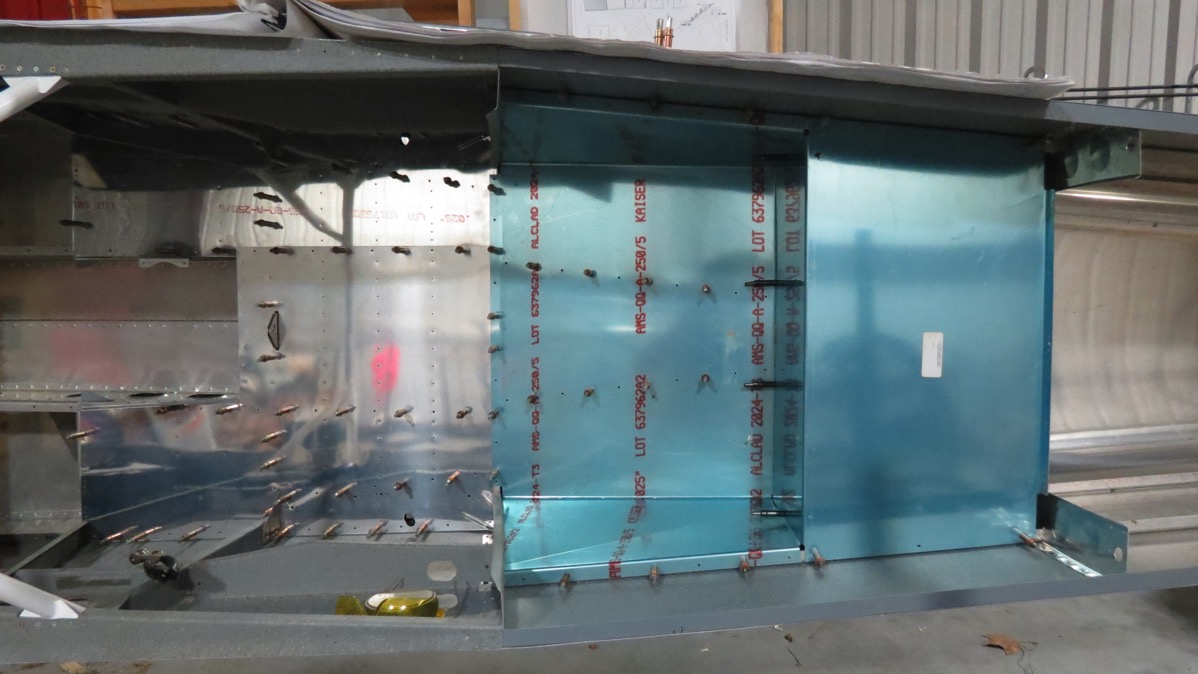