So yeah, not a ton done this weekend. Originally I’d hoped to get some riveting done, but I’m waiting on an order from Aircraft Spruce with a new tube of Fire Barrier sealant, which I’ll need when I rivet more of these skins that attach to the firewall (I had a tube, but the “use-by” date on it is about 18 months ago…). Though that still wouldn’t have stopped me from riveting the main bottom skin – but this weekend we got in one last hurrah from the Houston summer, which made me a little demotivated to work outside. But it finally cooled off late this afternoon and I got to work.

As the title implies, today I just worked on redoing the cooling ramp, as well as the forward gear crossmember that I had to replace. Last time I did all the match drilling for the ramp pieces and deburred the holes, so today I cleaned up the edges on the ramps and stiffener pieces, then got them all dimpled. Next I back riveted the single stiffener to the middle of the ramp, and riveted the other one to the crossmember (it won’t get riveted to the ramp until final assembly later on.

I also had six nut plates to rivet to the forward crossmember, for attaching the gear leg cover plates. This part blame inadvertently frustrating – I checked the plans for the required nut plates: K1000-06. I dutifully went to my hardware tray, grabbed the bag of those…hmm, this feels light. The bag container precisely five nut plates. AAAARGH. Fortunately, after digging through other trays, I found some more of these, in the hardware bags for the Ductworks landing light mounts. So now I’ve added those nut plates to my running shopping list, so I can get them the next time I accrue enough stuff to merit making an order. (or else I’ll forget and be frustrated again sometime down the road when I go to install the landing lights…)

Anyway, with all that done, I did a test fit of the cooling ramp in place under the fuse: 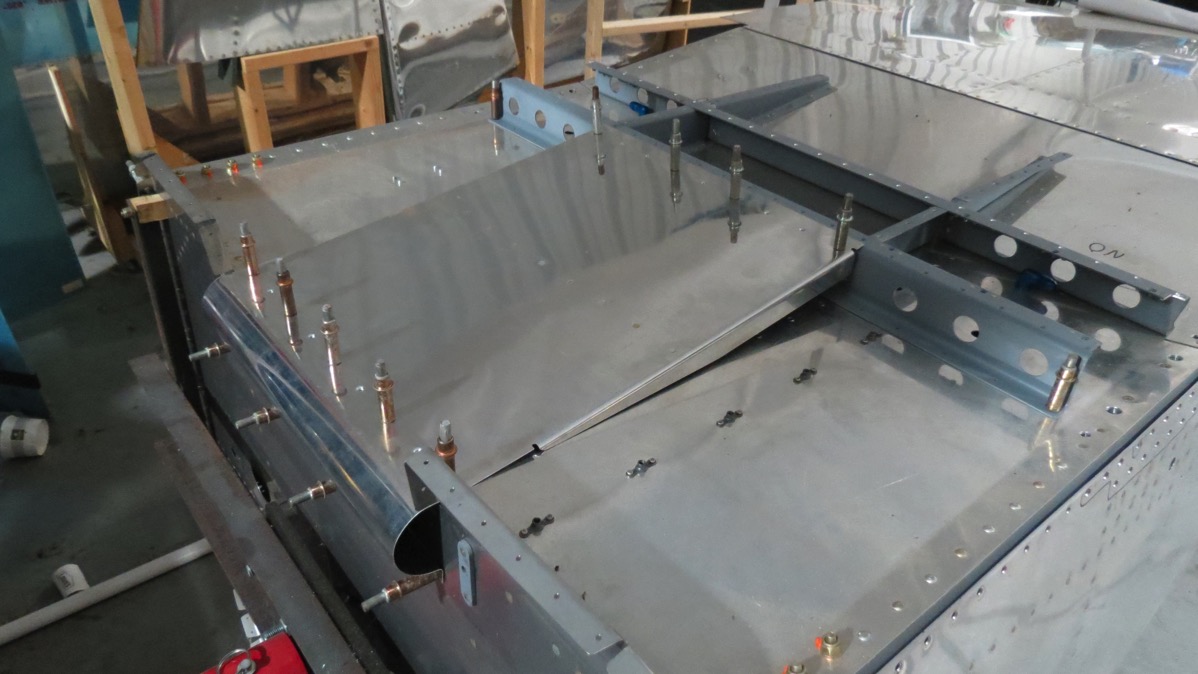 Looks good, but one of the trimmed areas is a little close to the floor for my preference: 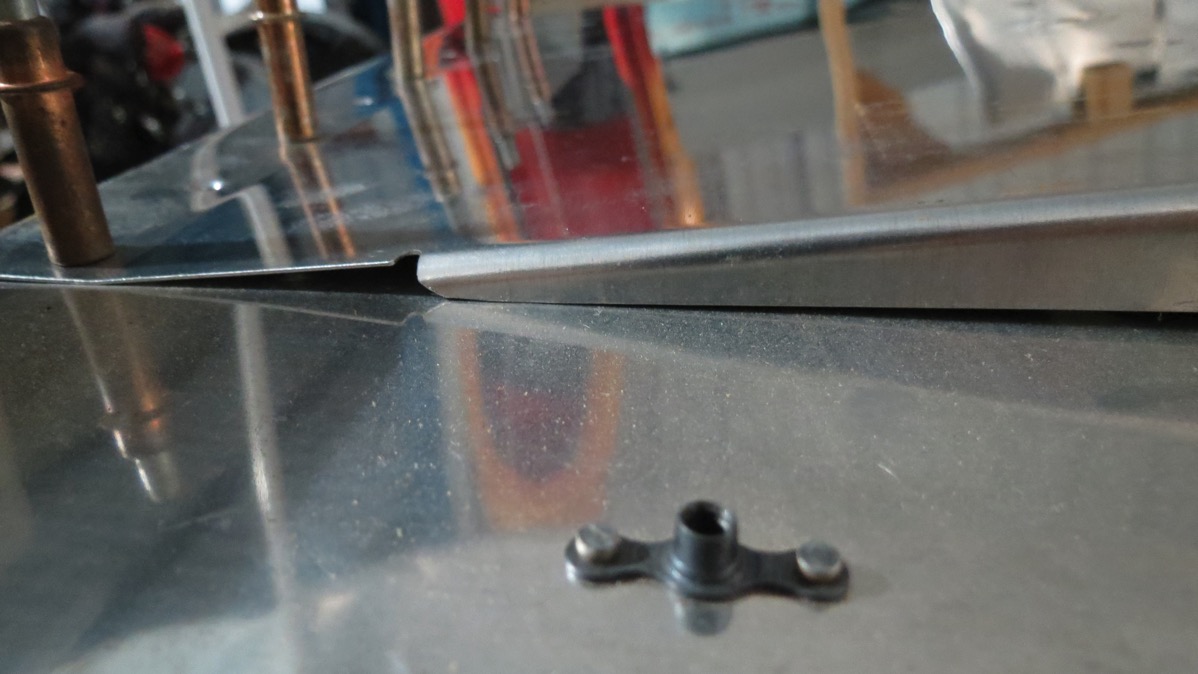 But that was easily remedied with a little vixen file action. Much better: 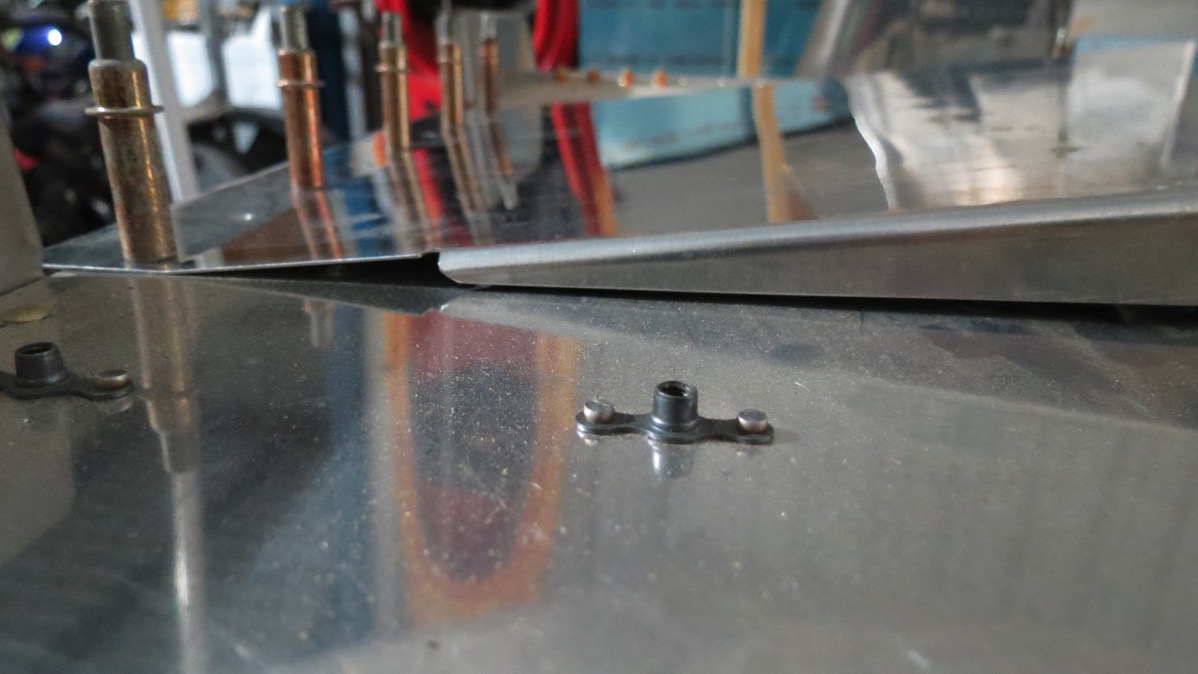 This whole area will have Fire Barrier sealant applied, and I’ll probably put a thick bead of it in the area where that skin edge gets close to the floor as well, just to help preclude any possible rubbing.

Next, just for fun, I clecoed all the other bottom skins in place to take a look at the full setup: 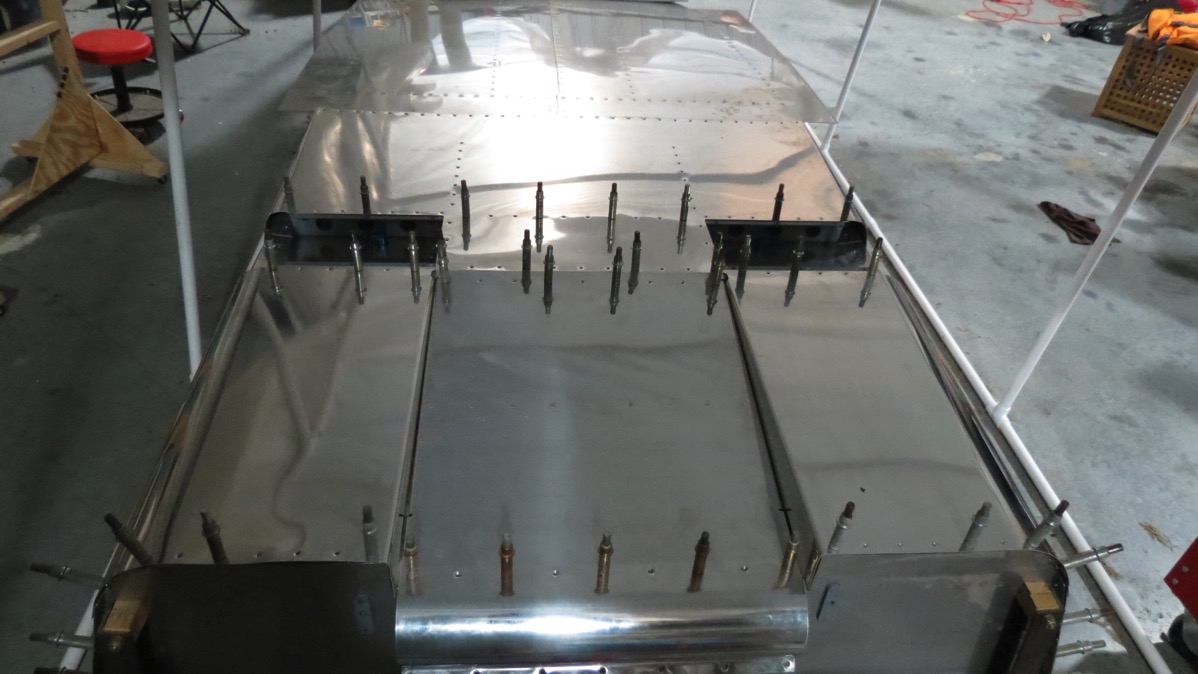 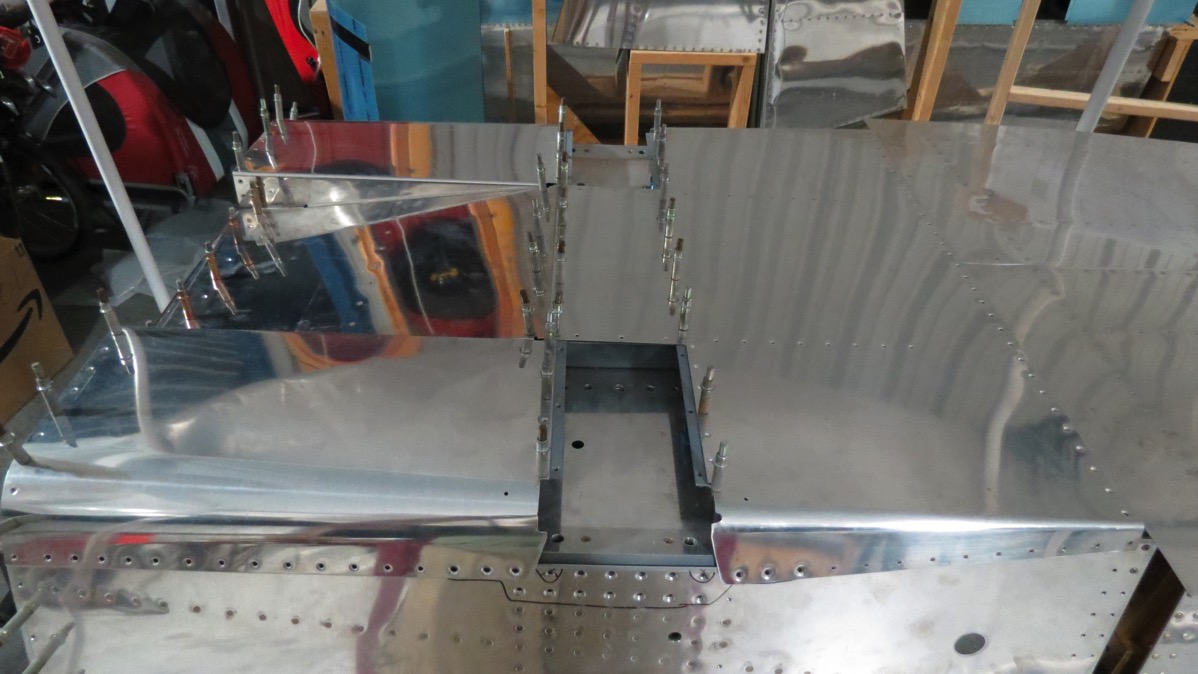 So I guess now the question is: what to work on this week? As before, I’m not sure that riveting late in the evening is going to make me popular. I suppose I could go ahead and roll the fuselage over and start on the interior stuff. And there are also those brake lines that I want to remake at some point. So I guess, come to think of it, it shouldn’t be hard to come up with some stuff to do…