Tonight’s goal was pretty simple: finish the rotisserie. And I did it – slightly more tedious than I expected, but it turned out pretty nice. First on the list was to drill the engine mount holes to 3/16” through the firewall to attach the frame. There are prepunched holes in the firewall for these, but the spacers just behind them have a seam right in the middle of the hole. I wasn’t confident I could drill from the front and keep the bit from wandering. Fortunately, there are also prepunched holes in the weldments inside the cabin, so I drilled from there instead. It was a little more annoying working inside the cabin, but it worked great.

Next up, I cut the two angle iron pieces for the vertical frame pieces, drilled the top and bottom holes in each, and bolted them to the firewall. That was straightforward, but now came the fun part: the horizontal pieces. I wanted to line these up carefully to put the center of rotation in the center of the firewall. Well, not exactly the center per say, but the point equidistant from the “corners” of the firewall. This was to ensure maximum clearance when rotating the fuselage. I’d laid out this center point yesterday, and so today I used that as a reference to position the lower horizontal angle. With that clamped in place, I drilled the holes to attach it to the verticals, then used those holes to lay out the bolt holes to attach the angle to the engine stand mount plate. I used those holes, in turn, as a template to drill the same bolt holes in the upper horizontal. 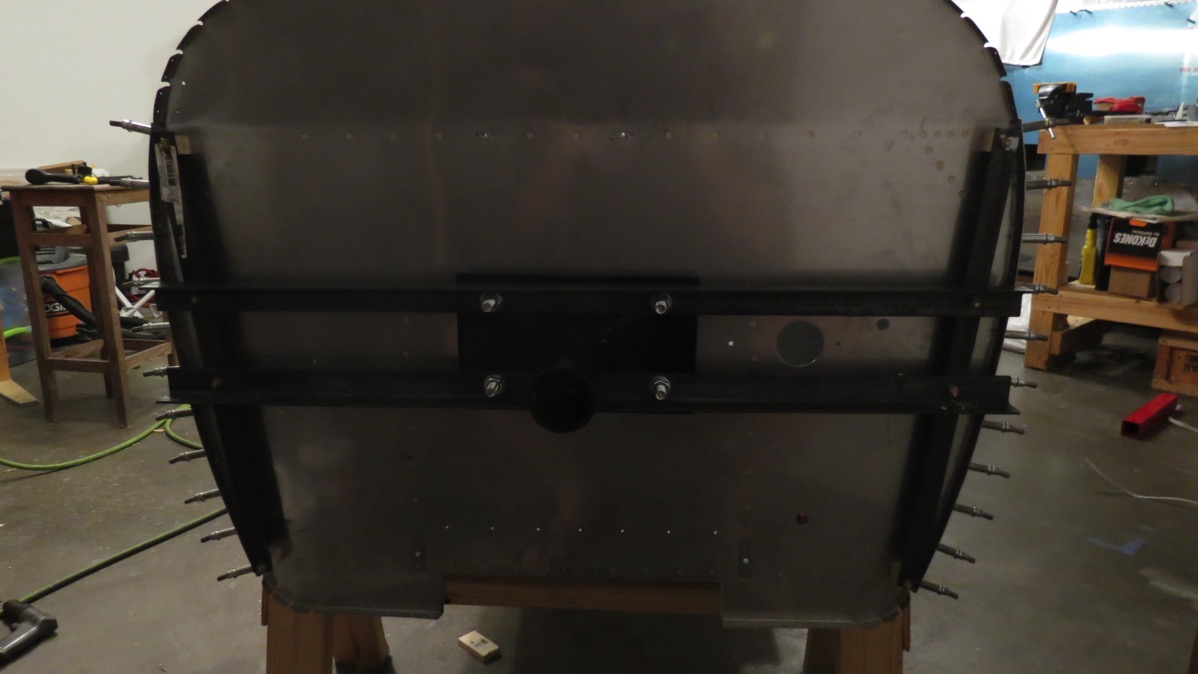 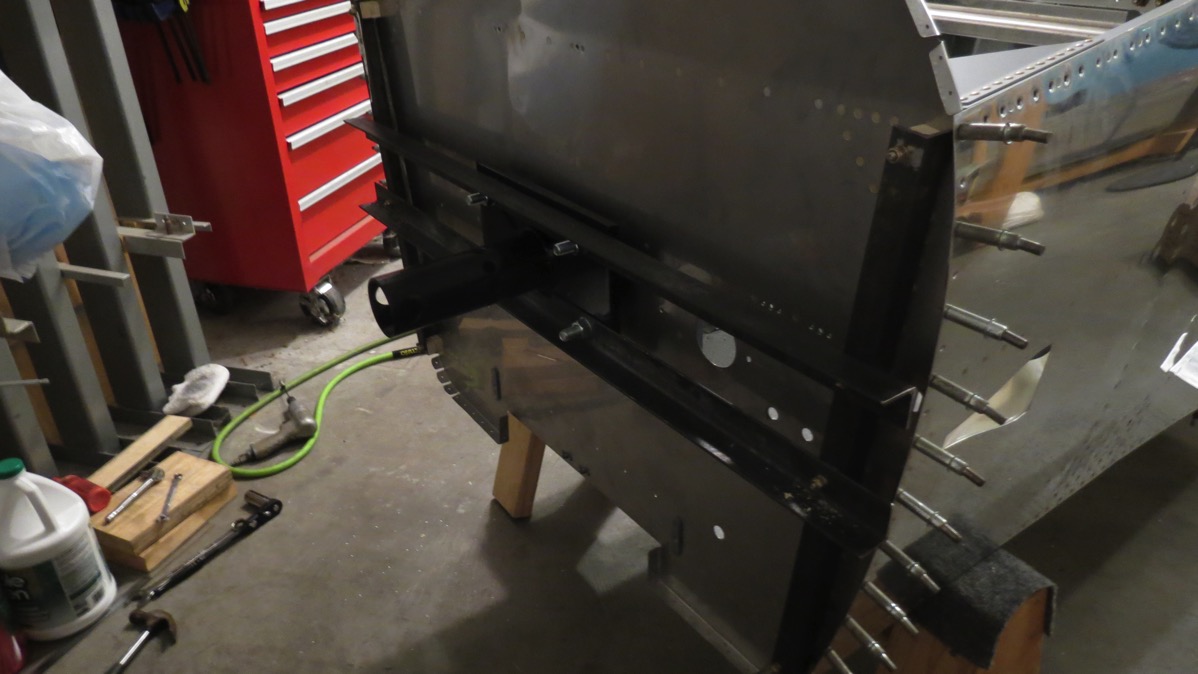 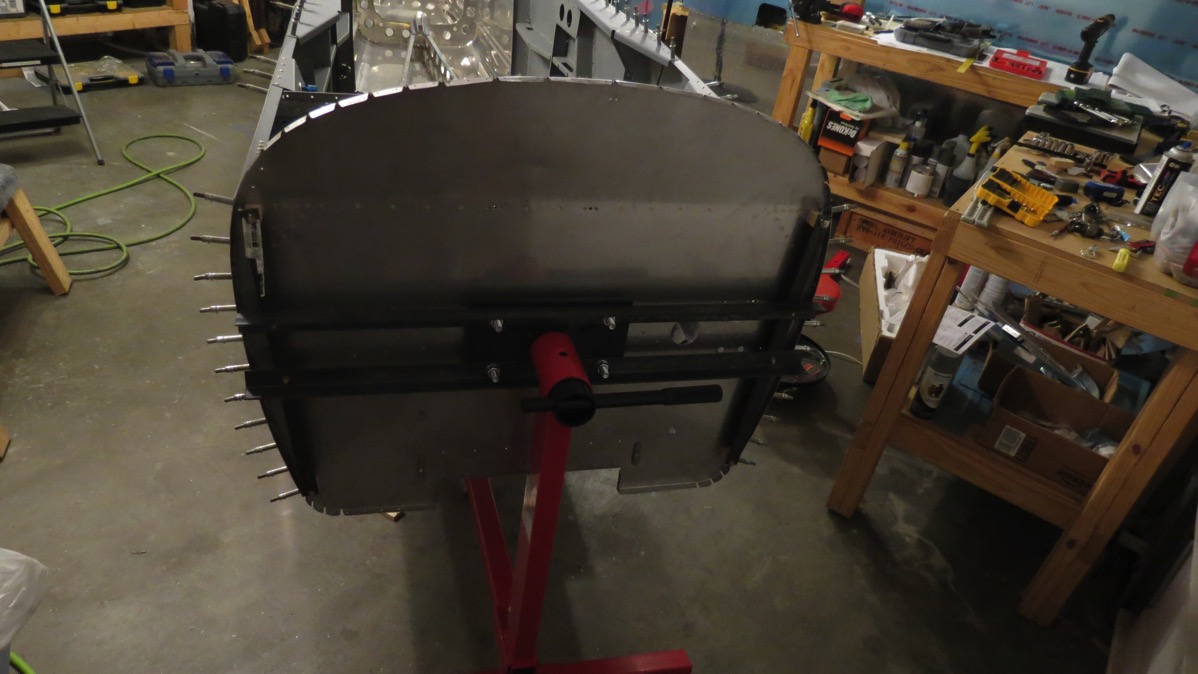 Looks great, but there’s one problem: the angles are a bit too wide, and the mount plate unit can’t slide far enough into the base to allow me to insert eh locking pin when I’ve rolled the fuselage to the desired position: 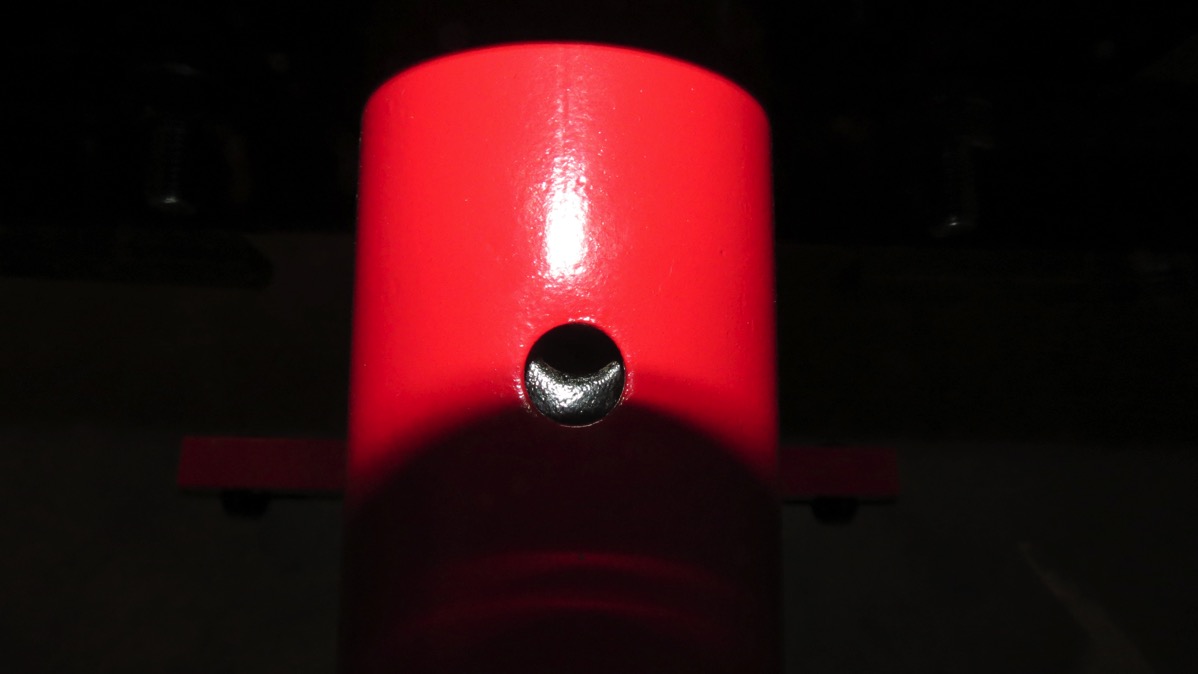 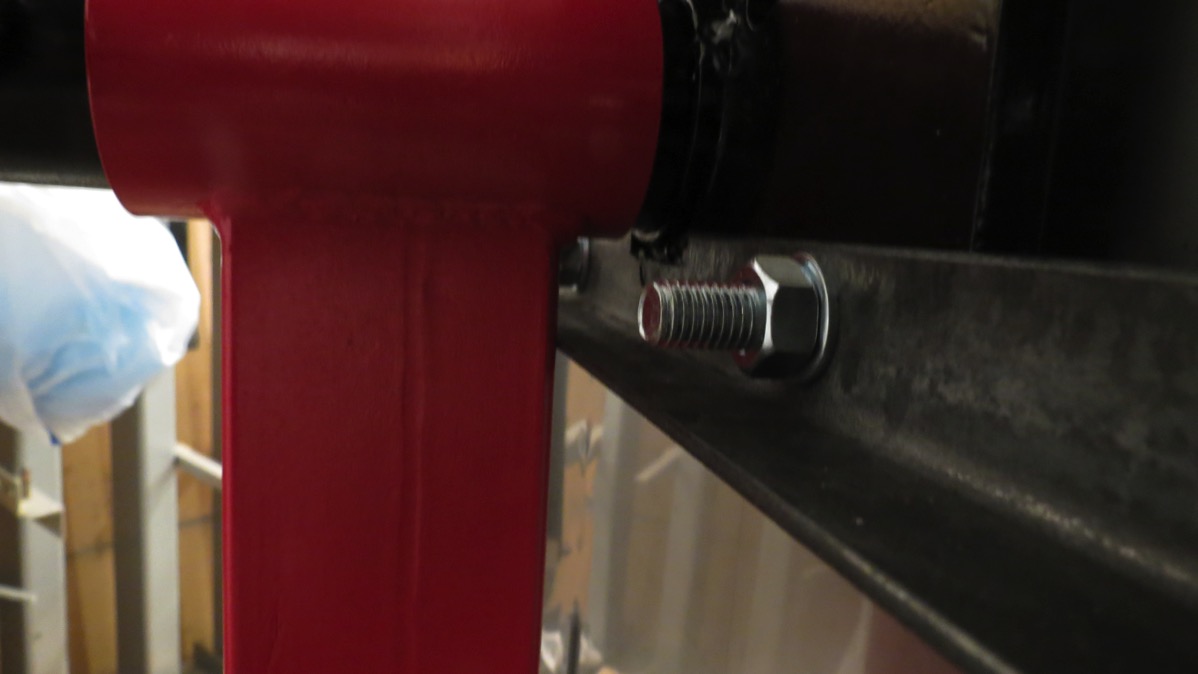 I actually started to quit of the night, thinking I’d need to trim the angles somehow, but then it occurred to me that there was a ridiculously simple solution: just drill a new hole in the base for the pin, allowing the plate to sit a bit further out: 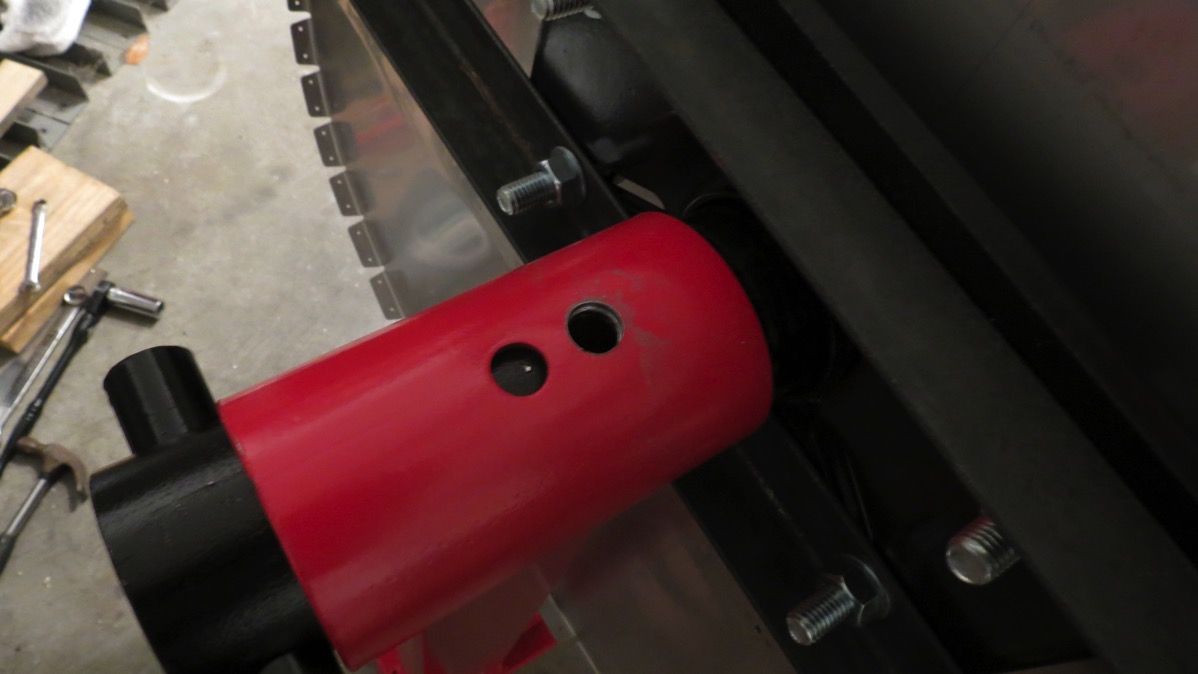 To roll the fuselage, I just move the tail sawhorse so the tailspring is sitting on it and acting as a pivot point. That sawhorse already has a v-shaped cutout, so the tailspring naturally remains in one spot (other builders have mentioned needing to make sure the spring doesn’t roll off the sawhorse). Then I can roll the fuse to any position I need: 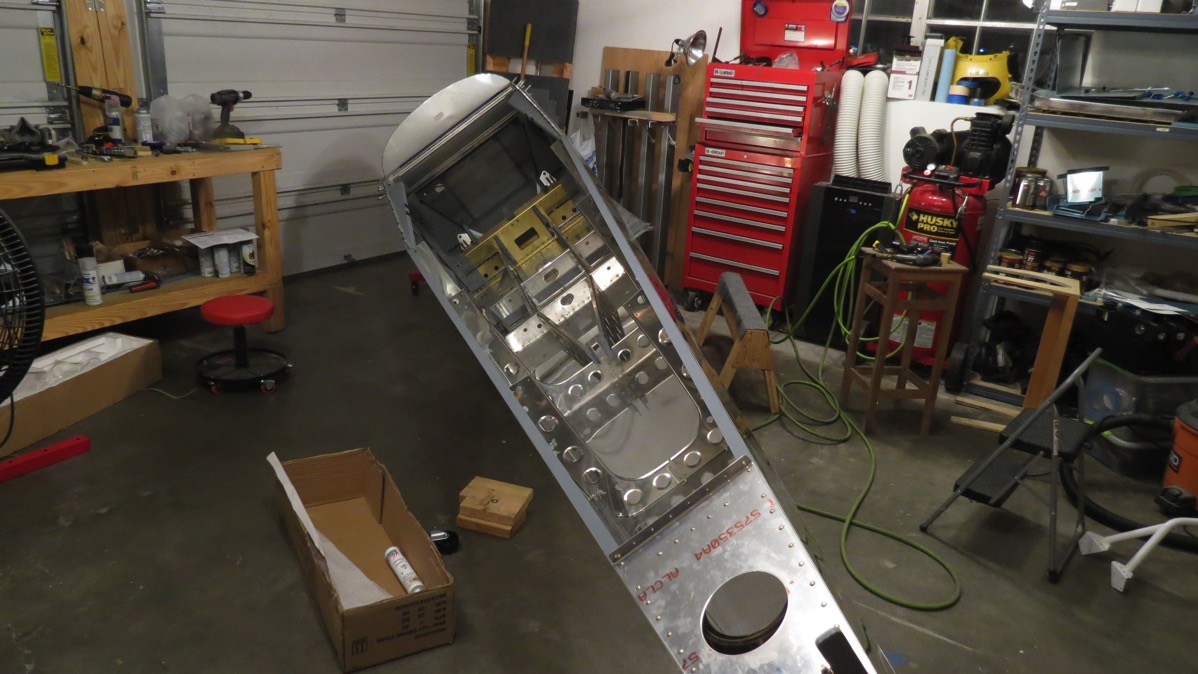 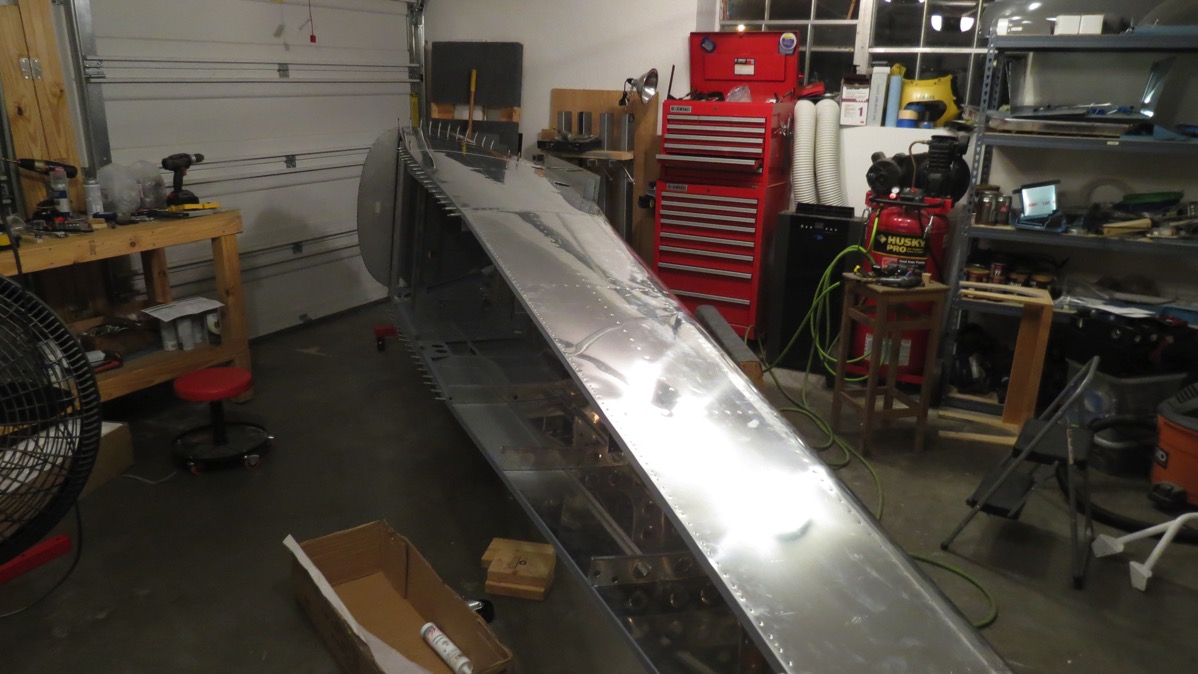 Now I can get back to riveting those cockpit rails!