Finally, with the fuselage back upright, I can start moving forward through the construction manual again. I’d figured I’d get the cockpit rails riveted – or mostly riveted – tonight, but there ended up being more small things to do than I thought.

First up was finally torquing the two lower bolts which attach the seat ramp angles to the center section. These bolts have been loosely installed for some time; they weren’t tightened because they had to be periodically moved to allow for shooting rivets. The rivets through the center section and the mid bottom skins were the last ones of concern here, so the bolts could finally be torqued. Doing this was kind of fun; holding the bolt involves reaching inside the center section, and there’s not much room in there. I ended up with Josie reaching in from the outside to hold the wrench while I leaned over into the cockpit and tightened the nuts.

Next up was installing the rear seat lap belt brackets. These slide through slots in the bulkhead webs, in between the aft lower longeron and another bracket mounted above, and three AN3 bolts hold the assembly together. The fit here is pretty tight, and I had to do some tapping with a hammer to get the brackets in place, and also to get the bolts through the holes. Getting the nuts started and torqured wasn’t much fun either – at one point I was lying on my back on strategically-placed pieces of lumber in the fuselage.

Here’s a shot of one of the brackets in place. Note the bulkhead to the left, leading to the cabin. The nuts are barely visible under the bracket. Note also how the bracket curls upward away from the fuselage skin. This made it fun to hold the bolts while torquing the nuts: 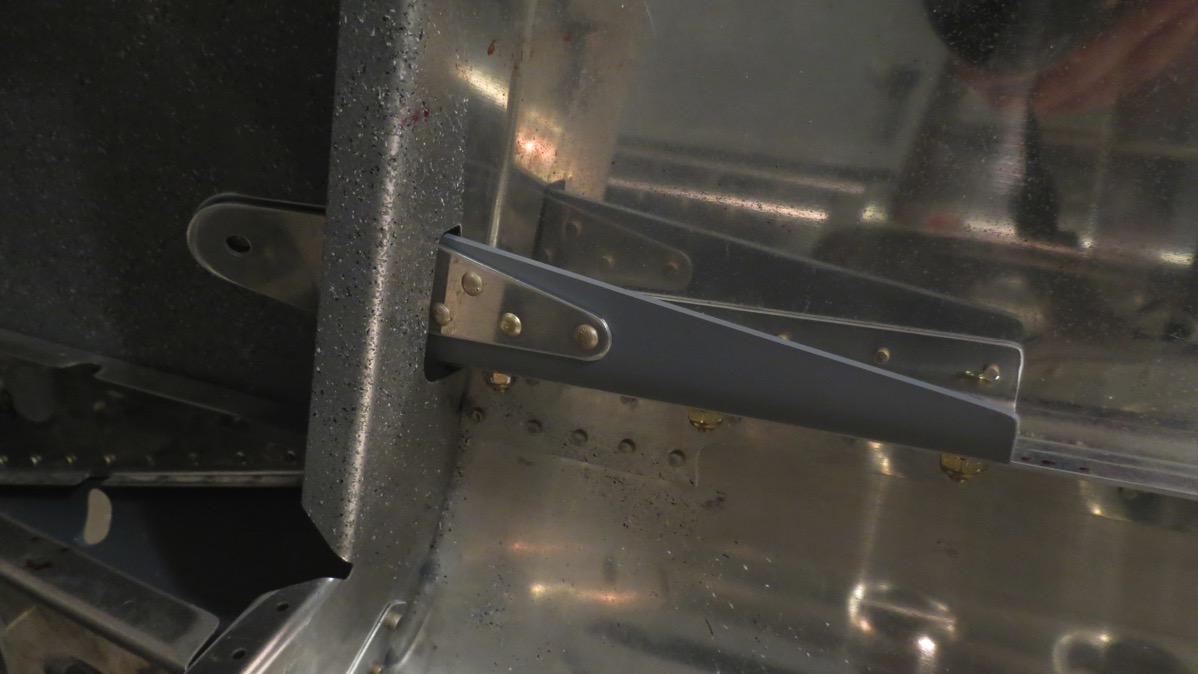 Next up, I riveted the finished floor support angles in place. This required some creativity with riveting, since the angles are close to the mid side skins, and the seat ribs also restrict access with, say, the squeezer. I was able to squeeze four of the rivets, but had to shoot the other two using an offset rivet set – and holding the gun in a weird backhand way, squeezing the trigger with my thumb.

I started unclecoing the center section bulkhead caps, preparatory to clecoing the cockpit rails into place, but I realized that the left cap needed a little work. Way back when I was working out the rear throttle linkage, I cut holes in the bulkhead web for the pushrod to pass through – well, matching notched were needed in the cap flange. I figured it would be easier to cut and tweak these holes now, without the cockpit rails in the way, so I did that: 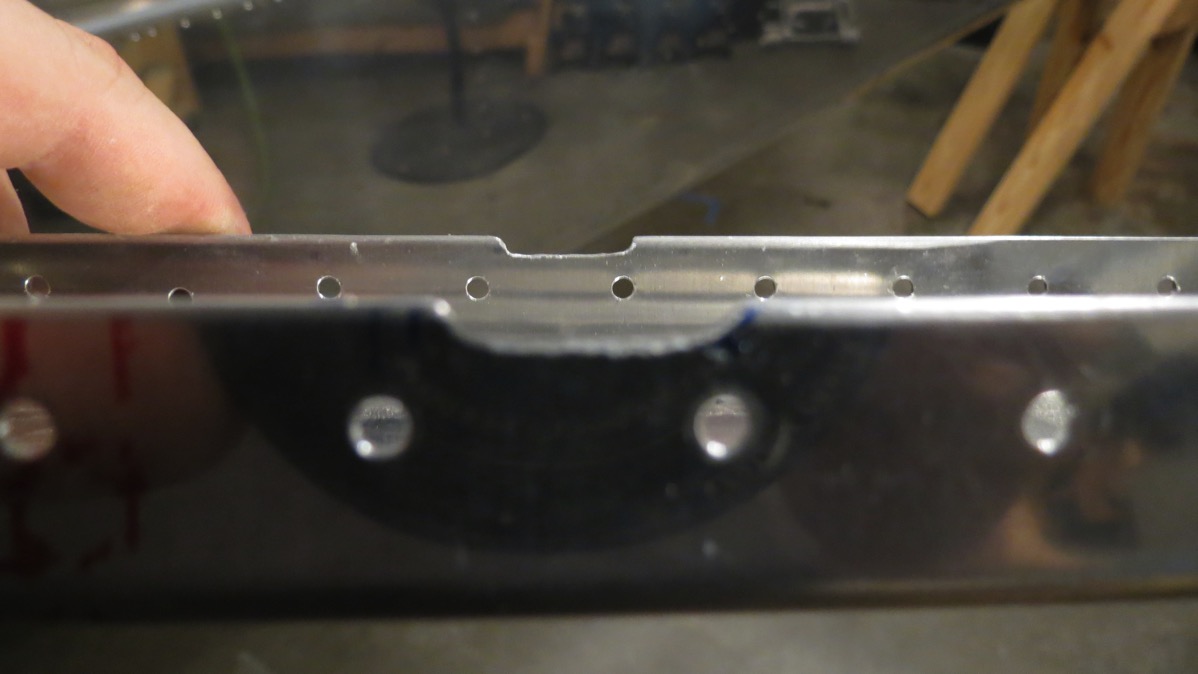 A look at the aft notch with the cap clecoed in place (through a mirror, because there’s no way to get a decent direct shot): 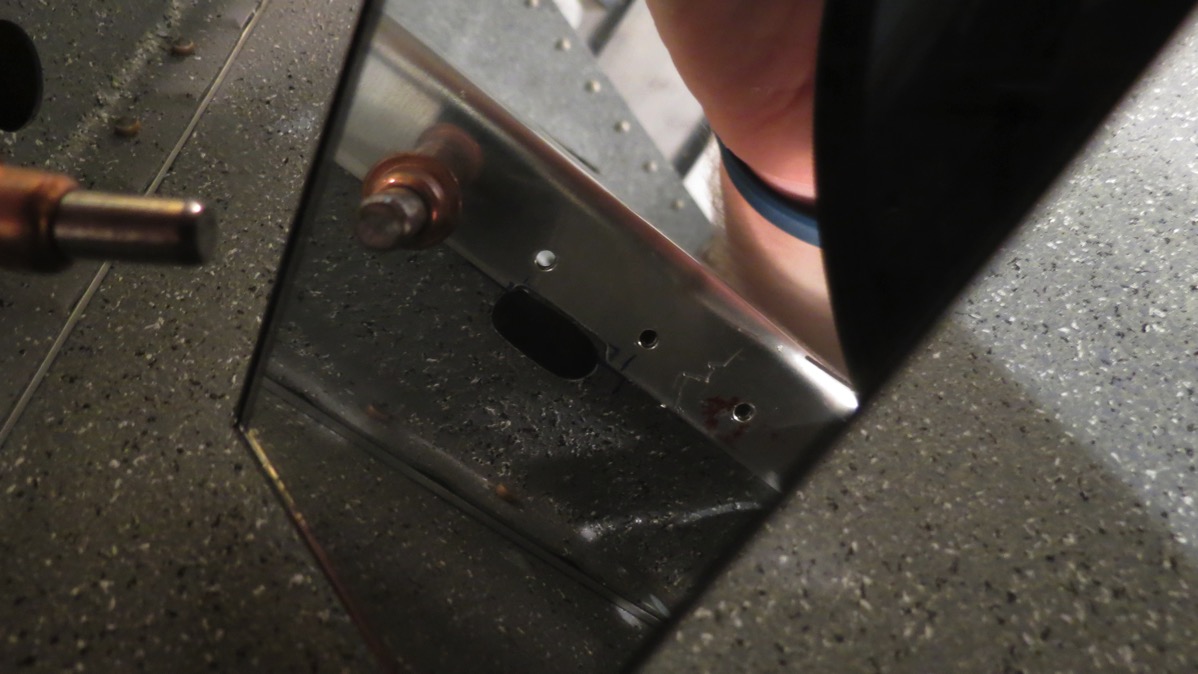 Finally, I could cleco the rails in place. It was getting close to quitting time by this point, but I went ahead and squeezed six rivets on each side for good measure: 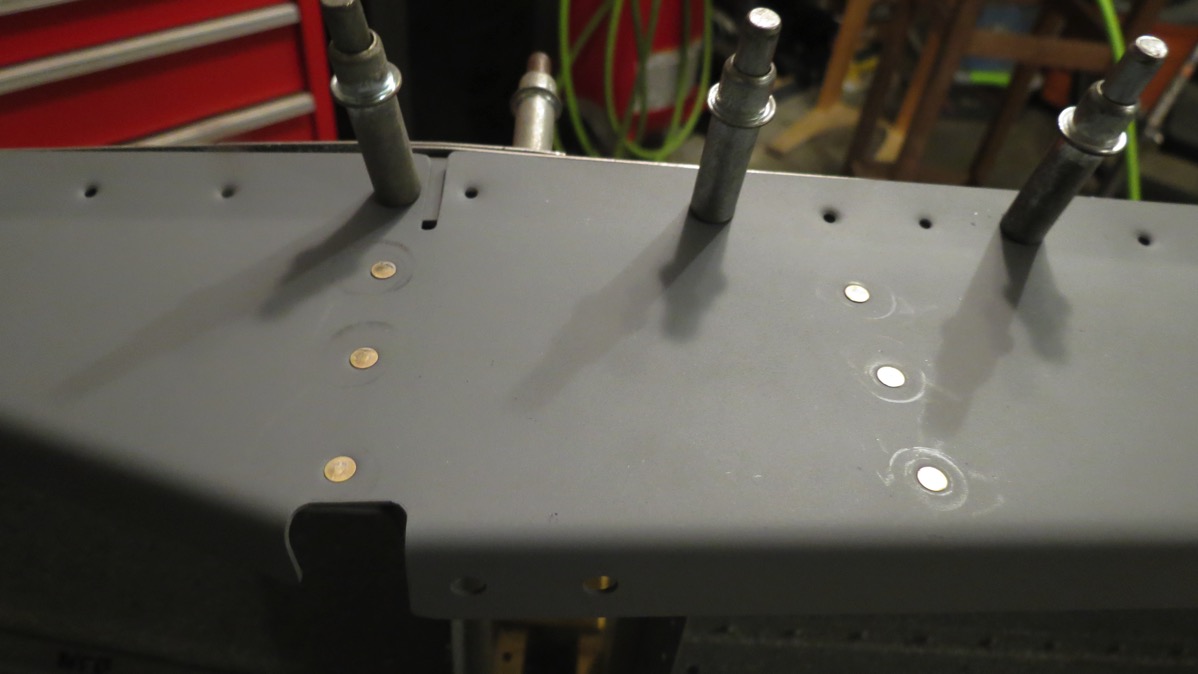 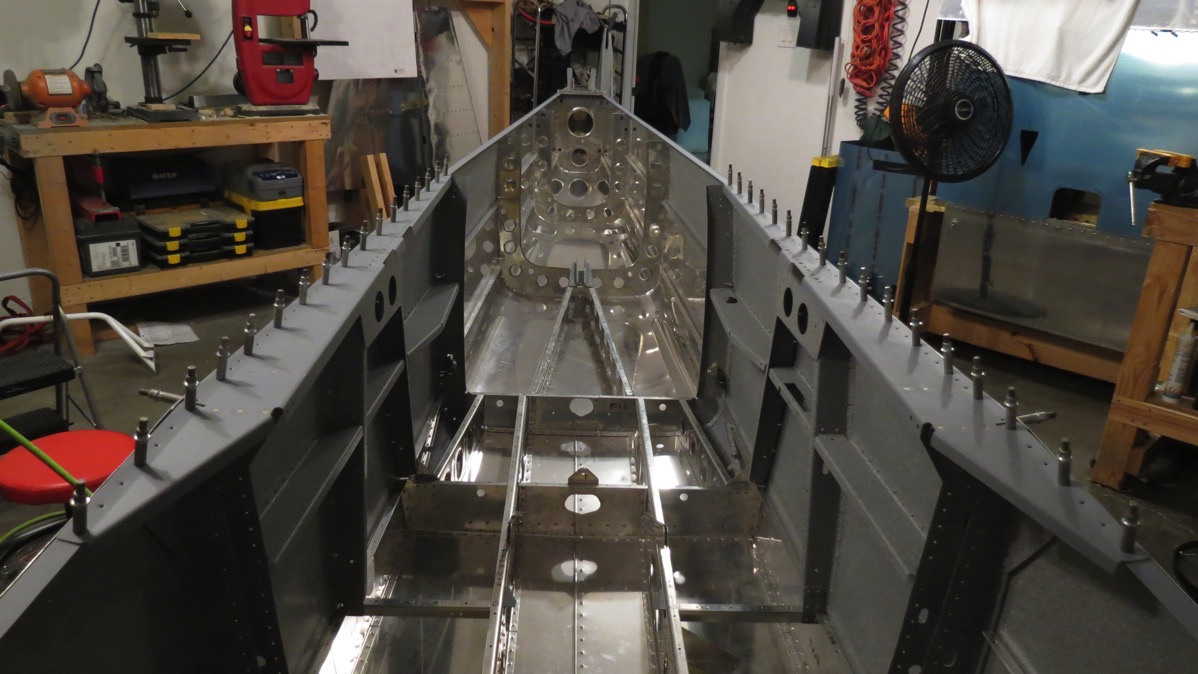 I’m pretty sure I’ll be able to squeeze most of these rivets, and the ones I can’t squeeze should be easy to shoot. The only exceptions, I think, will be the rivets behind the mounting plates for the seat back support. I may need to recruit help for those…hopefully I won’t have to lie on lumber in the fuselage to buck them. Further along in the planes are instructions for cutting plywood into work platforms for the tail – I might go ahead and make those for times like this. I’m also thinking that it might be time to go buy a cheap Harbor Freight engine stand to make a rotisserie out of – a lot of the work tonight would have been a lot easier if I’d been able to turn the fuselage sideways instead of leaning over. Actually, come to think of it, riveting the cockpit rails would also probably be easier with the fuselage sideways…guess I might be making a stop on the way home from work tomorrow.