It’s done! I got a bit ahead of myself last night be declaring all the annoying riveting to be done. It turned out there were still some challenging spots left, most notably the rivets at the lower aft end of the mid side skins, where they curl underneath to the belly. The radius of the curl is pretty small, which forced me to use a narrow bucking bar on several of the rivets, and I also had the outboard aft seat ribs in the way as well. There were a couple rivets here that we had to drill out and re-shoot – this was entirely due to me having trouble keeping the bucking bar in place due to the cramped quarters.

That just left ten rivets on each forward side skin, in the area of the gear towers. These were more fun than some of the others and required some fresh contortions. While the cabin and tail area of the fuselage is open at the top, there are two braces across the cabin at the tops of the gear towers, which I had to work around to buck these rivets. All in all it wasn’t especially challenging, just uncomfortable. I can’t imagine, though, how horrible these rivets would have been had I not done the removable gear tower cover modification. At least I had nice big holes through which to hold the bucking bar.

While I was down there, I decided to try and grab a selfie to illustrate my discomfort. Here I’m leaving against the sawhorse that’s supporting the fuselage. There’s just enough room between it and the brace for me to get my upper body in there: 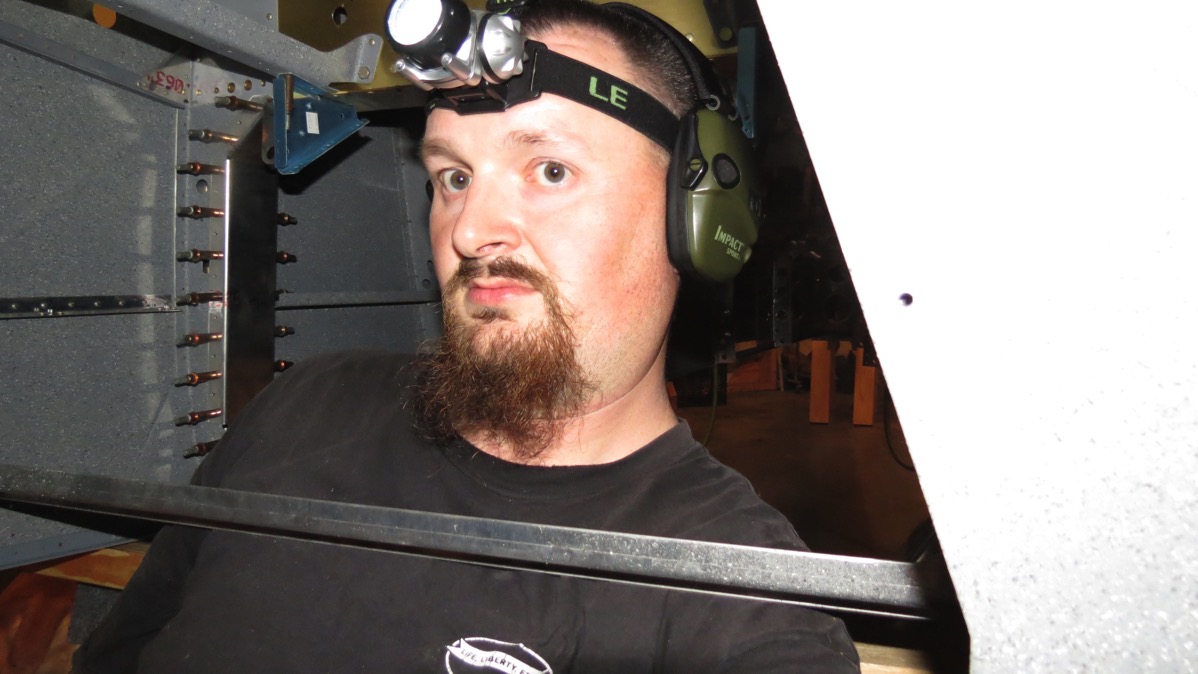 But once these were done, that was it – the end of this riveting odyssey (for the time being, at least). Once I crawled out from under the fuselage and retrieved all my tools that had collected down there, we rolled the fuselage upright again, for the first time in – let’s see – three weeks. Looks much sleeker without a few hundred clecos sticking out: 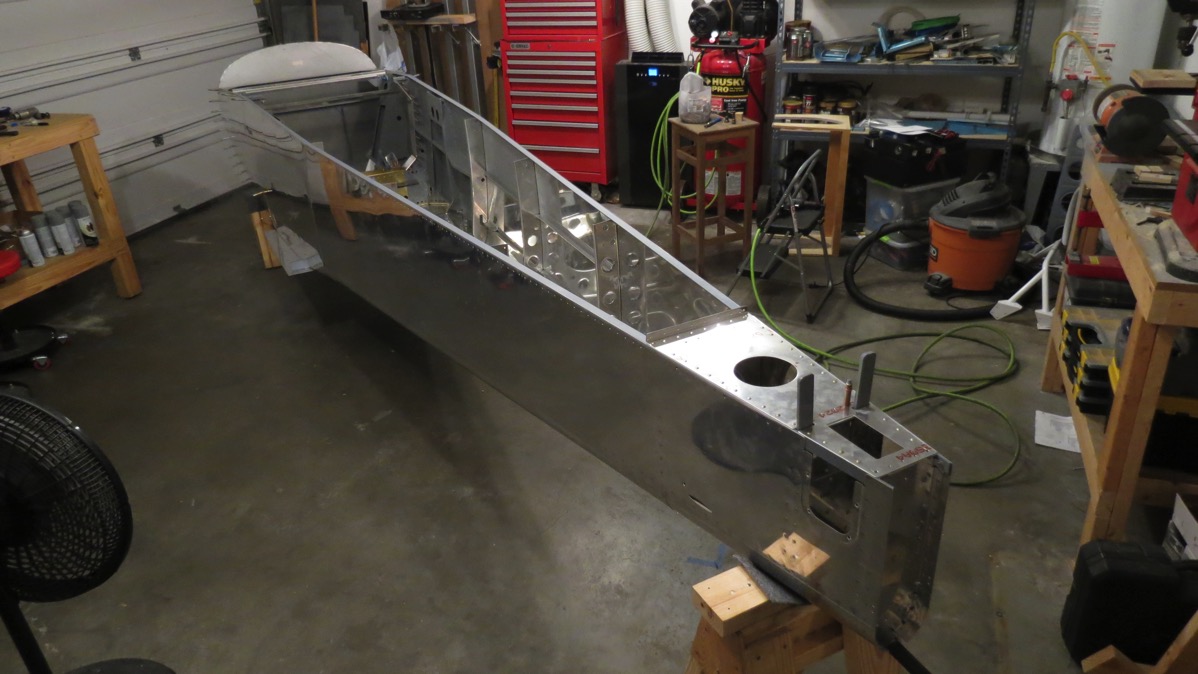 I also took care of some other tasks during the day today when Josie wanted to go inside and rest for a bit (I have to remember that working the rivet gun is probably a little more physically challenging for her). I finished demurring the replacement seat ribs I got the other day, match-drilled them with the spacers that will sit on top of them, and riveted the nutplates in place. Those angles are now ready to rivet in the near future.

Most notably, I riveted the seatback support plates to the mid side skin bulkheads. I had originally planned on doing these after we’d rolled the fuselage upright again, but after looking at them while sitting under the fuselage, I decided they’d be easier to do this way. These plates were challenging to rivet, since I had to hold the bucking bar inside a cramped space between the plate and skin. At one point, I seriously considered ordering some expensive Cherrymax blind rivets to use here, but eventually I managed to get them all shot.

Next steps will be to rivet the cockpit rails in place (should be a solo job, I think), and then permanently attach the seatback support. Then we’ll roll the fuselage over once again, and it’ll be time to fit the landing gear legs!