So today ended up being one of those super-lazy Sundays, and even though we’d been talking about getting riveting done, we didn’t actually get to work until pretty late in the evening. The going was kind of slow as well, part of the issue being getting a decent team rhythm going. Two-person riveting can definitely be a challenge in that regard. We only ended up shooting the rivets on two bulkheads in the tail, and of those, four had to be drilled out. That was almost entirely my fault; I was sitting under the fuselage bucking while Josie did the shooting, and I found it surprisingly difficult to get the bucking bar aligned properly. Maybe it had something to do with weird light from my headlamp, reflecting off all the shiny surfaces, I dunno.

Still, progress is progress. even if it’s not a whole lot.

Josie did have a moment to get a photo of me sitting under the fuselage, and our dog acting as a living tool table: 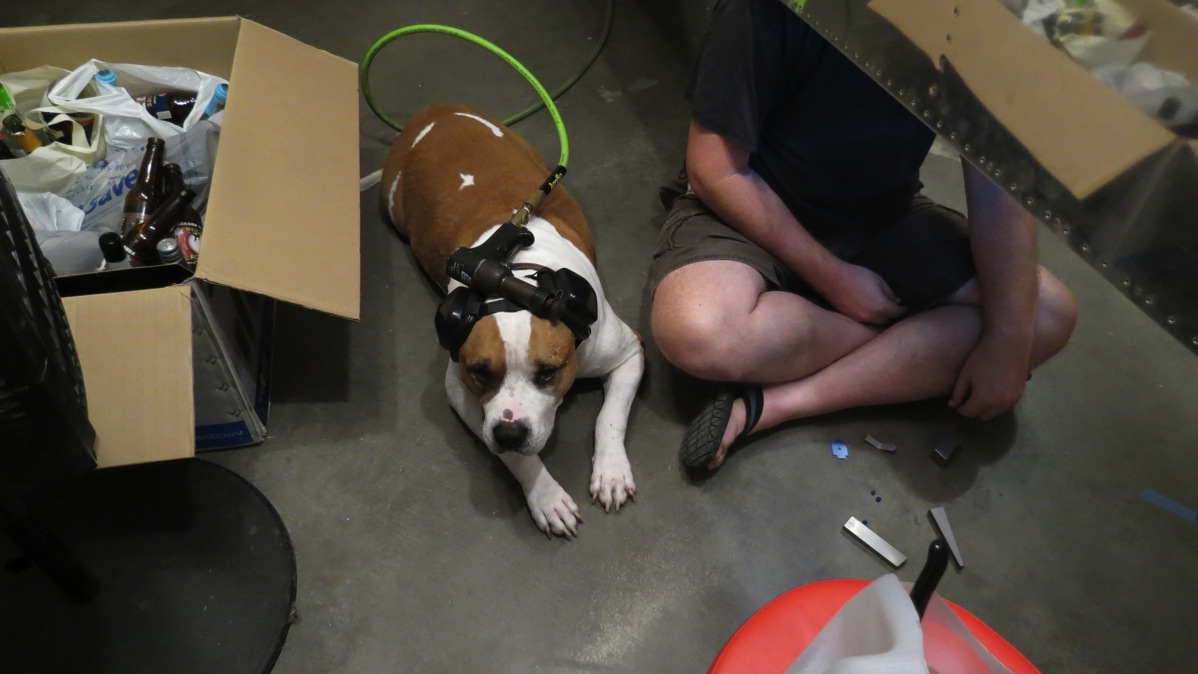