So last time out I was worrying a bit about how to buck the skin rivets alongside the horizontal stab attach bars. That actually wasn’t the first time I’d worried about that, I’d seen that those were going to be a problem a few days ago. But after thinking it over, I ended up working out a fairly creative solution. I have a gasket scraper which was thin enough to fit in the tight spot, but didn’t have a sharp edge like a chisel (which could cause damage if it contacted the wrong thing). I then used carpet tape to attach my mini tungsten bucking bar to the flat of the scraper, and added some duct tape to hold it all together (and also because no ghetto tool is complete without some duct tape). The end result was, in effect, an ad hoc footed bucking bar: 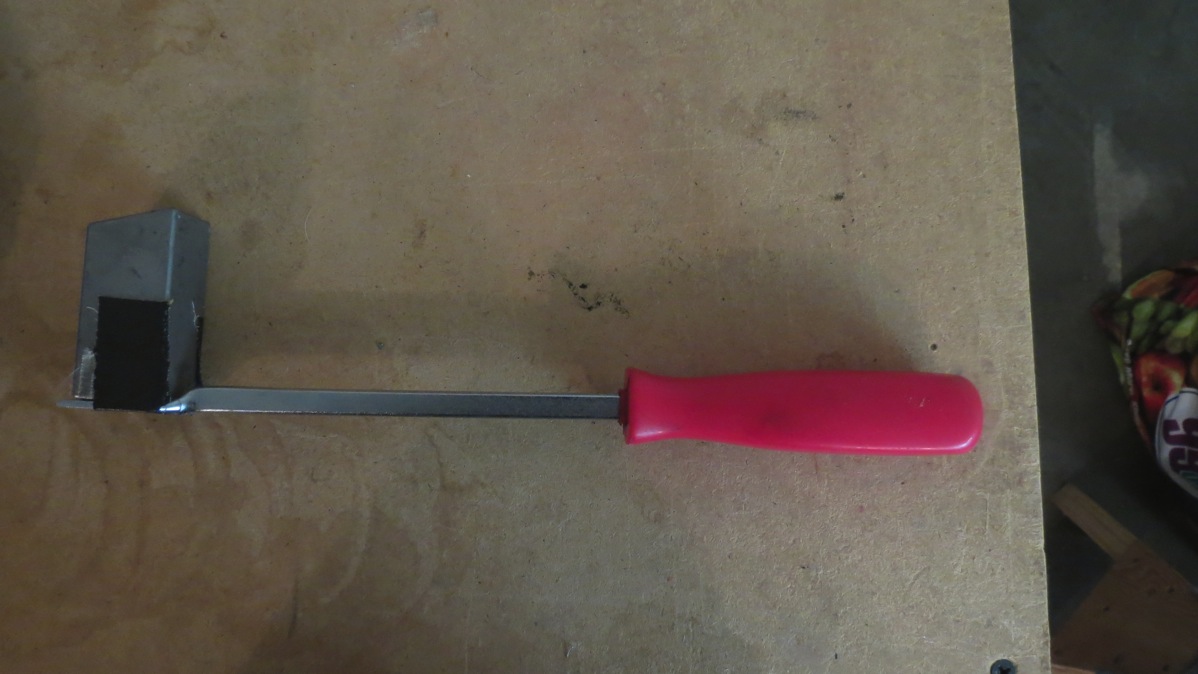 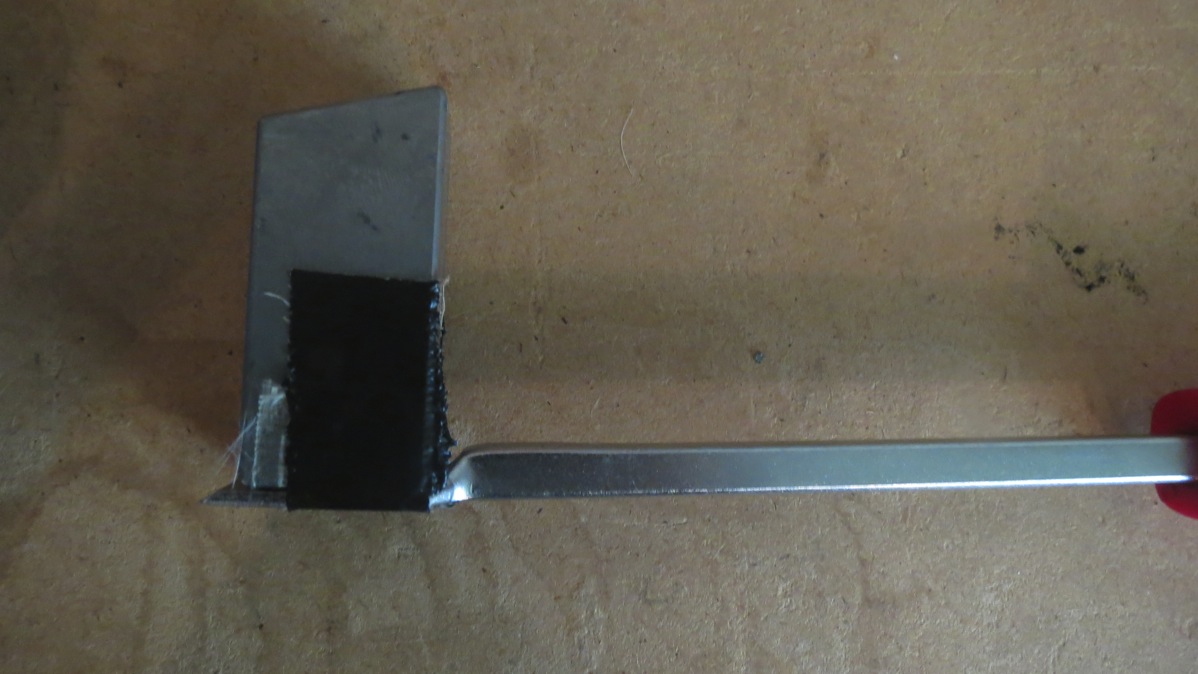 I was a little worried about how it was going to work out, and I considered trying it on a test rivet, but ultimately I just went for it. And it turned out that it was ridiculously easy to use, and worked great. Those eight rivets I’d been worrying about were all done in about 15 minutes.

Next, I set about shooting all the rivets at the junction of the aft side skins and the aft bottom skin. These were pretty straightforward; the main issue was they required lots of bending over (like many of the rivets I’ve been doing lately) and weren’t visible from above. So it was a mildly tedious process of shooting a few rivets, bending way into the fuselage to check the shop heads, and so on. Plus there were just a lot of these rivets to shoot. But I got all of them done today, with the exception of the ones way back by the tail spring mount. Space is tight in there, and I’m going to save those for a time when I’m not tired.

I also riveted the rear lap belt mount points to the aft side skins, and finally shot some rivets through the mid side skins and into the outboard seat ribs. At this point, I’ve done just about all of the rivets that I think I can manage solo. There are the aforementioned rivets in the tail, and I also want to try the rivets at the bottoms of the mid side skins, though I think those may prove to be too annoying to do solo.

I was originally planning on inverting the fuselage as soon as I finished the solo riveting, but after looking ahead in the instructions, fuselage riveting is followed by flipping the fuselage over again, doing a few minor riveting tasks, and then inverting it once again for installation of the bottom forward skin and the main landing gear. That seems kind of repetitive, so my plan is to do the admin stuff and then just invert the thing once both for riveting and the gear and stuff. We’ll see how that works out…

In the meantime, here’s the fuselage sporting far fewer clecos than it’s had for a while: 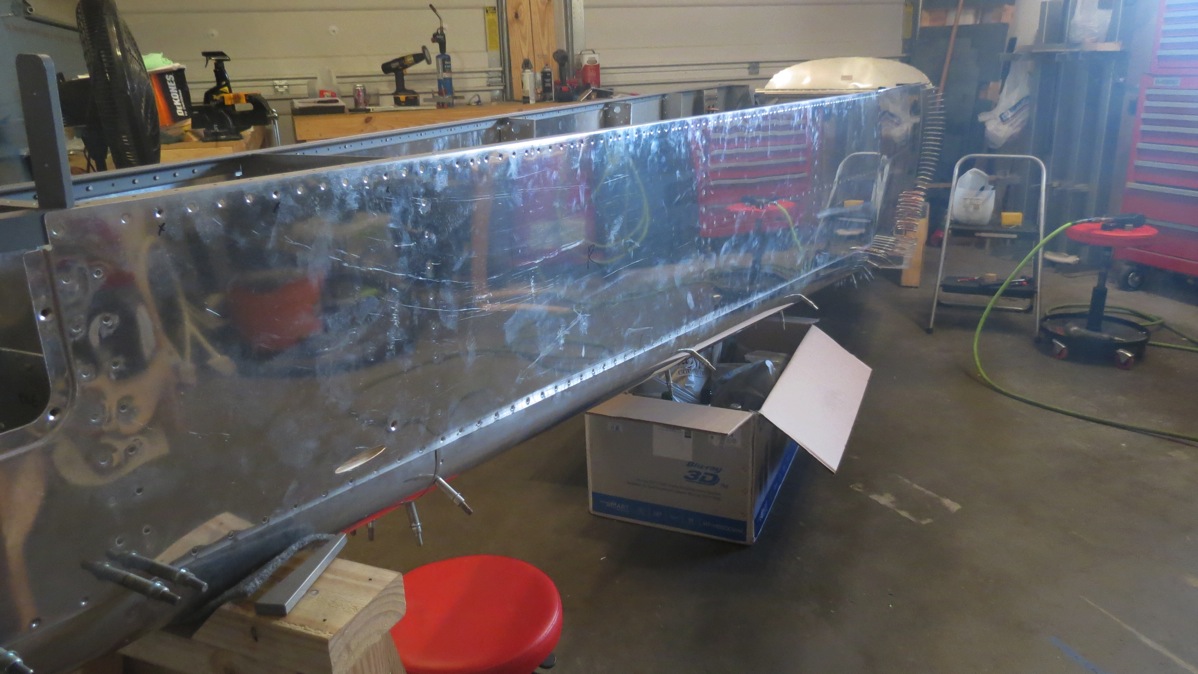 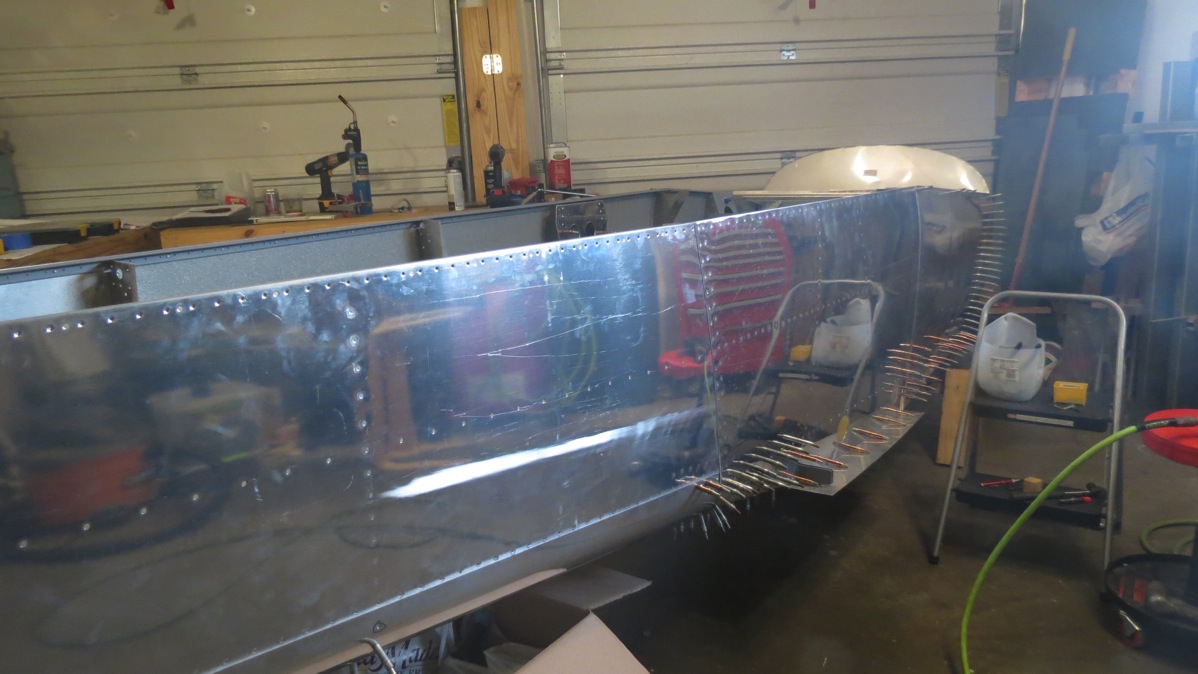