I bailed out of work a little early today, with the intent of trying to get as much of the mid side skin parts primed as possible. As it turned out, there was ample time to get it all done. The big piece of work was priming the inside of the skins themselves, but I also had to deal with the armrests (three pieces per side) and bulkheads (two per side). Nothing to horrible, just a bit tedious. On, and the spray nozzle on the garden hose broke. Fortunately, it did this as I was finishing up the last part I had to clean. Pretty good timing.

It was sunny and warm enough that the cleaned parts dried quickly, and I pretty much immediately jumped into shooting primer on the skins, then the structural pieces. Here are the armrests and bulkheads after priming: 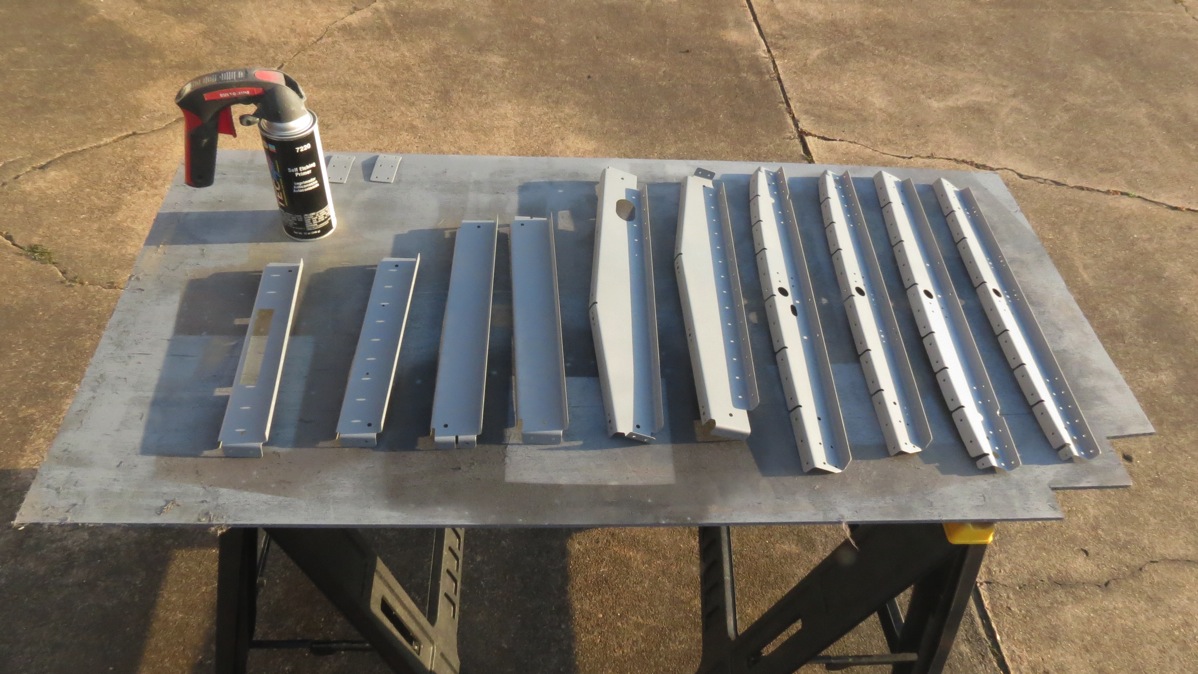 This weekend looks set to be eventful. Looking ahead in the instructions, tomorrow will probably consist of finishing riveting of the outboard seat ribs, then riveting the armrests and bulkheads to the mid side skins. Once that’s done, those assemblies will get painted. In the meantime, it’ll be time to join the upper longerons to the current cabin assembly, at which point I’ll permanently have a 16’ long airplane assembly in the garage. So I guess I’ll have to work out where to put the thing tomorrow or Sunday. There might be some more minor garage reorg involved, we’ll see.

Also, it’s occurring to me that the fuselage is the last major structural piece to be assembled. Obviously, there’s a lot more work to be done here, but I’m at a point where something resembling completion of the airframe is conceivable. After that, there’ll of course be a lot of work installing systems and so forth, but first I have to figure out how to pay for all this stuff…I’m getting close to the time where I need to write big checks, but I don’t really have any big checks available.