So my goal for tonight was to get the upper longerons trimmed and notched at the aft end. This seemed like a fairly simple thing, but it was actually a bit tedious, mainly due to me being reeaaallly careful to not damage or otherwise ruin the longerons.

I’d previously marked the notch locations and the aft trim point, but after examining the plans for the aft trim, I realized the cut was a bit more complex than I’d thought. Instead of simply cutting the angle to a certain length, I have to cut the upper side of the angle back to allow for the vertical stab spar to nest against the aft most bulkhead, while the outboard sides protrude aft a bit further, to the aft end of the aft side skins. At least I think that’s how far back they’re supposed to go; the plans weren’t especially clear here. They show the outboard edges protruding past the bulkhead flanges, so I figure the end of the skin is a logical trim point.

Anyway, I wiped off my previous cut marks and clecoed the aft most bulkhead into place so I could draw new cut lines: 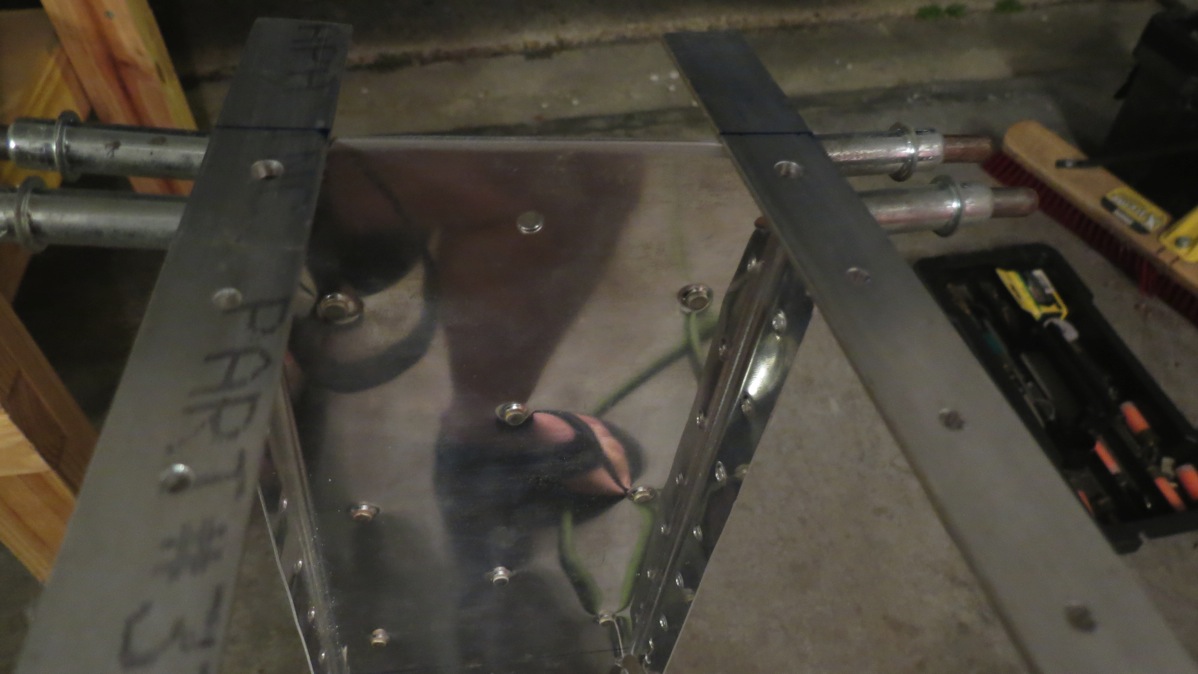 The cut line for the upper side is visible here; I measured the aft side skins to figure out where to mark the outboard cut lines. Next, I marked locations to drill holes for the corners of the cuts, to make nice rounded inside edges. I drilled the holes on the drill press, after recruiting Josie to come out and hole the other end of each longeron (they’re 16’ long, after all). Then I roughed out the cuts using a hacksaw, before finishing with files to smooth everything out.

Here are the longerons with both aft bulkheads clecoed in place, along with the horizontal stab attach bars: 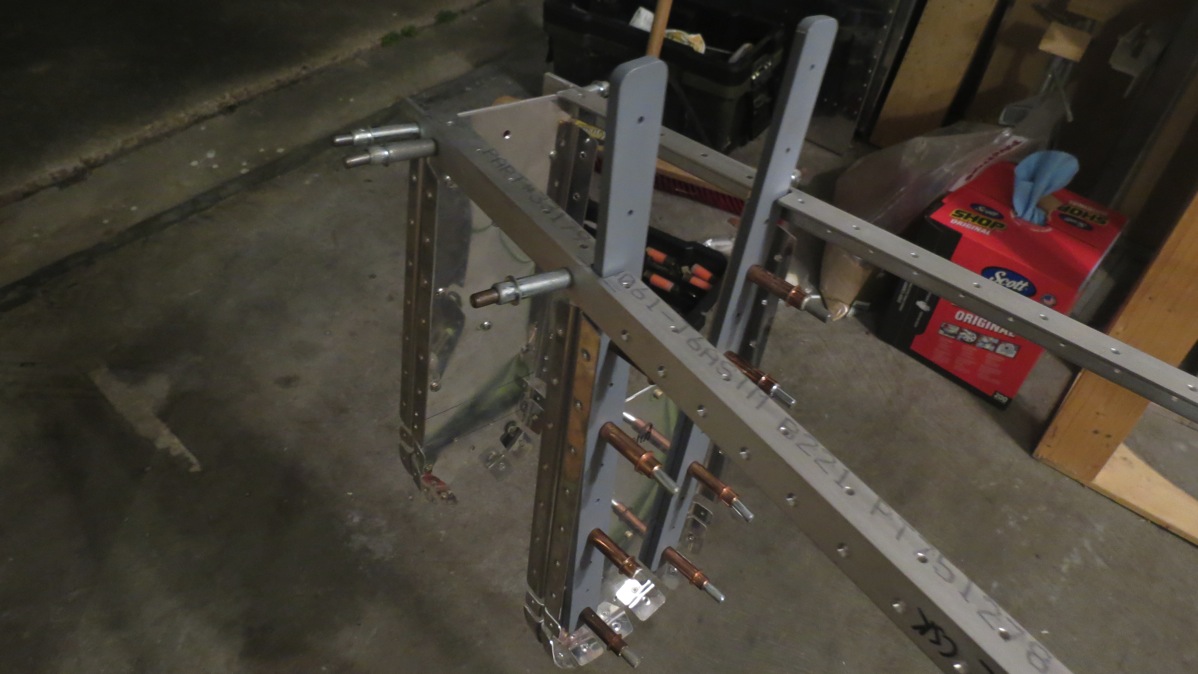 A detail view of one of the notches to accommodate the stab attach bars: 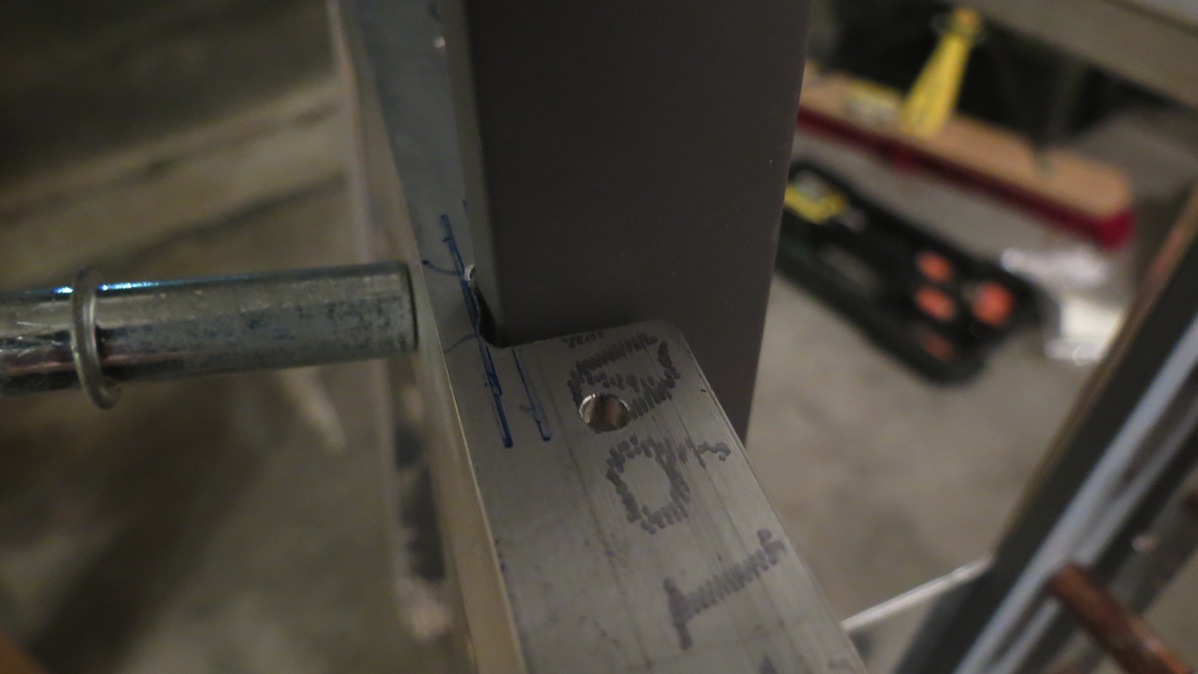 And a detail view of the trimmed aft ends: 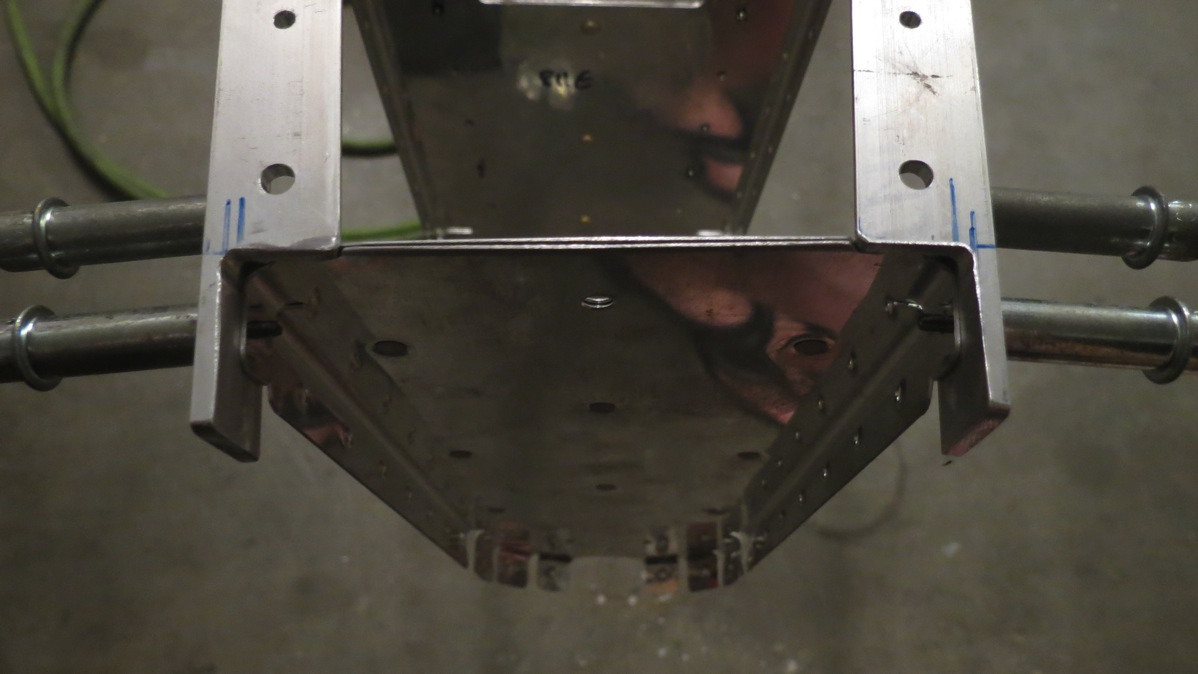 While I was working on this stuff, I found a number of rivet holes in the longerons that either weren’t deburred at all or were just done badly. So after finishing up the trimming and notching, I inspected both longerons and touched up holes as necessary. This should put me in good shape to get some priming done this weekend – and the weather looks great to boot.