Actually, countersinking is done for the time being. Tonight I took care of all the rivet holes in the side webs of both upper longerons. Not especially challenging, just tedious. After that was done, I decided to do some more hole deburring before calling it a night. Among the parts I deburred were the tailcone bulkheads. I was a little disappointed to find a few spots with elongated rivet holes. The first one I found wasn’t really bad, and can probably just be fixed with a NAS 1097 oversize rivet, but the second spot is much worse: 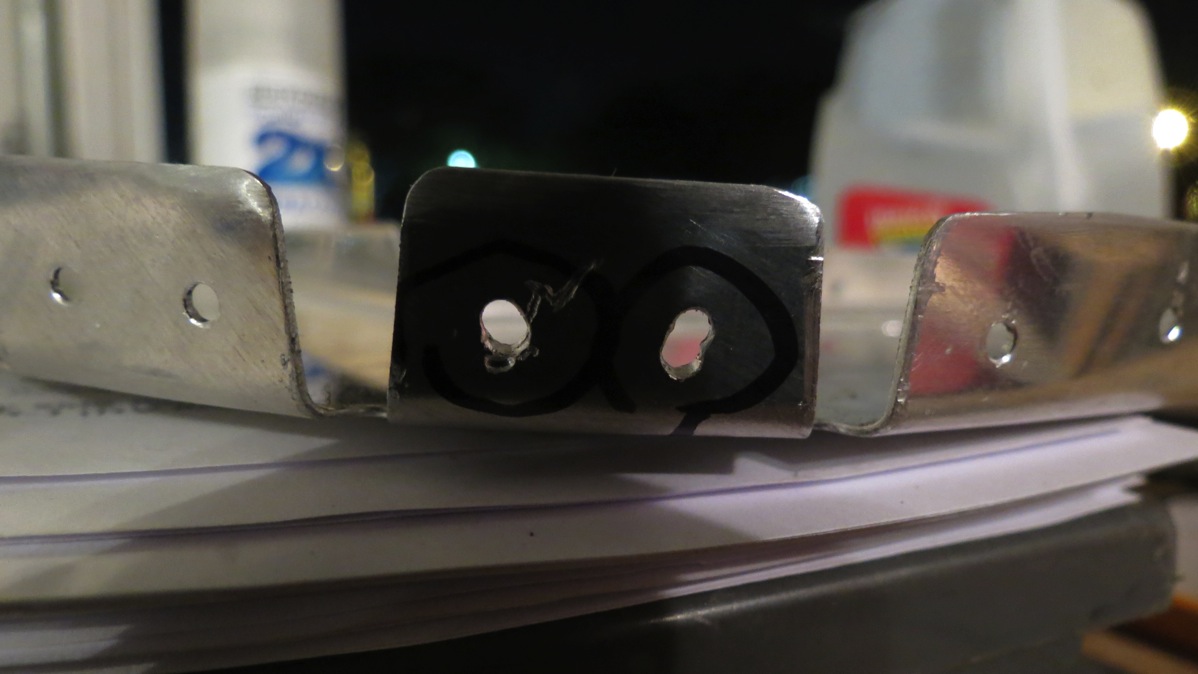 That’s at one of the rounded bottom corners of the forward most bulkhead. I assume that all the difficulty I had getting everything lined up properly here contributed to this issue. I can’t remember for sure, but I may have been more conservative with clecos than I should have been. Fortunately, fixing this spot should be easy – I momentarily considered replacing the entire bulkhead, but that’s overkill. Instead, I should be able to just cut off this flange and rivet a replacement to the bulkhead web. It’ll be under the fuselage floor anyway, out of sight. Still kind of disappointing, though.