So I didn’t get a whole lot done today. We spent most of the day doing a bit of kayaking around Lake Houston. I still coaxed myself into doing some work in the garage afterwards, mainly because my stuff from Spruce came in and I was kind of excited to move forward with the throttle stuff.

After inspecting all the stuff and verifying that the rod ends were the same width that I used for laying out the holes for the linkage, I decided that I was happy with the layout. So it was time to take the big step and start making holes. I started out with #20 pilot holes, then broke out the Unibit and enlarged each hole to 5/16”, which I figured would be a good baseline size for the 1/4” tube. Next, I clecoed the forward quadrant back in place so I could verify that the positioning looked good. Whoops, turns out there was one thing I didn’t think about: the forward quadrant mount.

That blue at the end of the far hole is the quadrant mount: 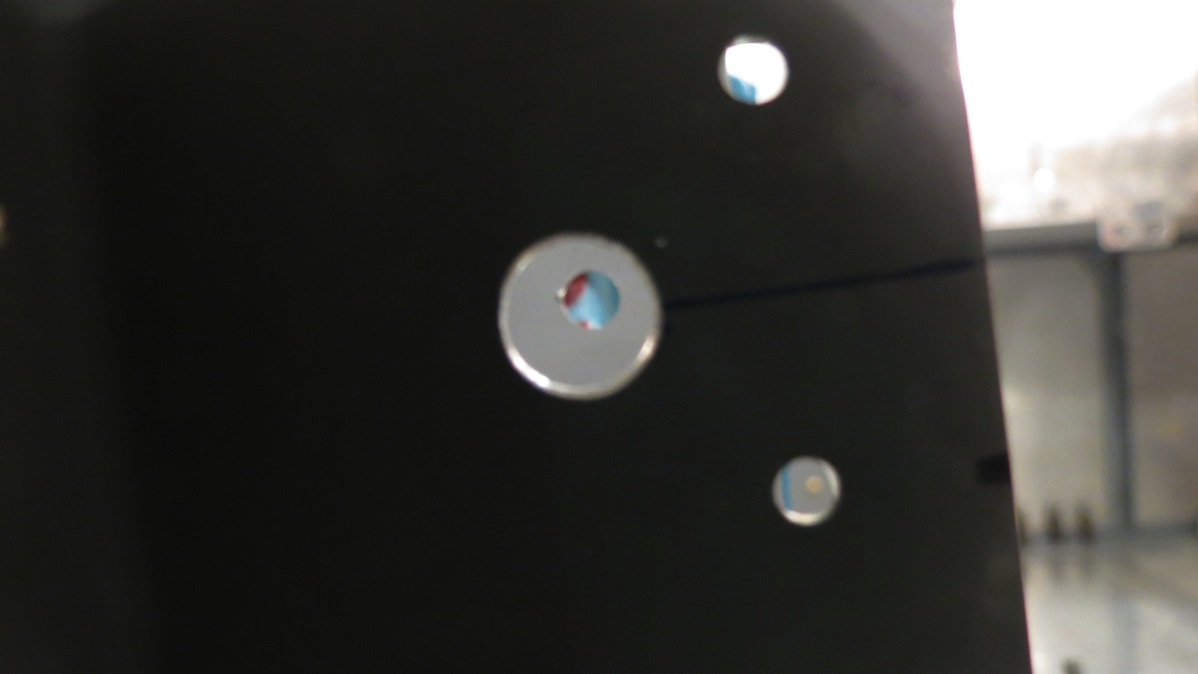 Even better, the positioning is such that the hole lies right on a bend on that quadrant mount: 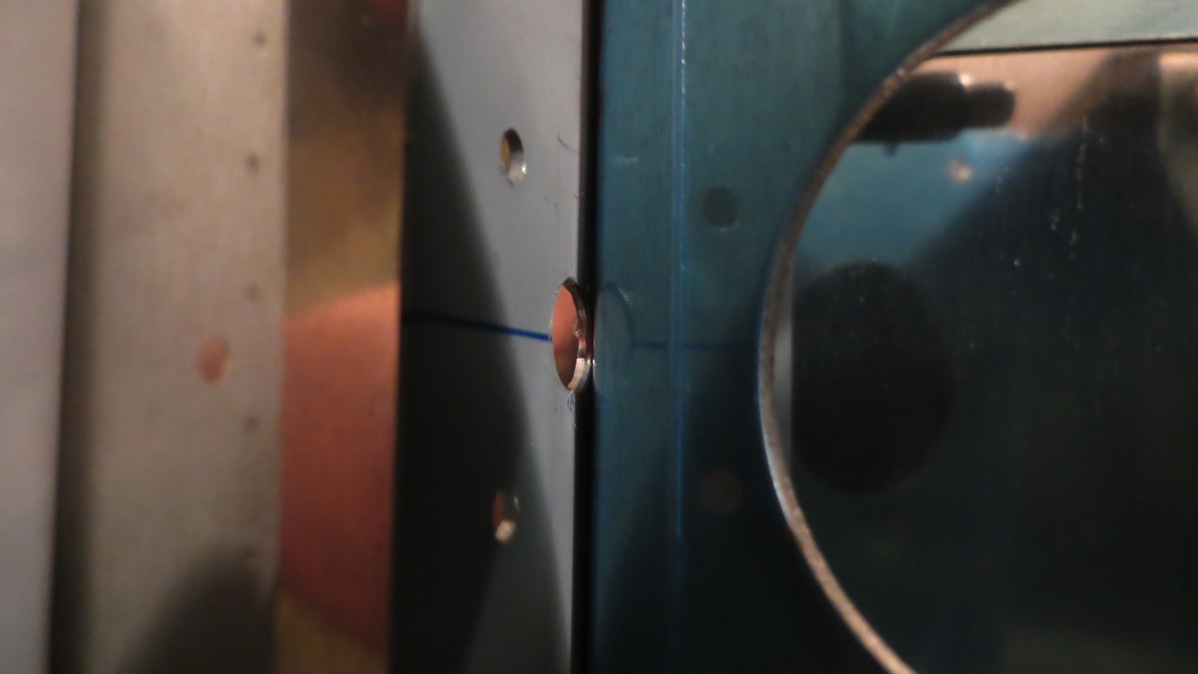 The good thing is that the mount is quite beefy and there are no potential edge distance issues, so I didn’t have to be extremely precise when making this hole. I decided to start by making a 9/16” hole, drilling square to the angled portion of the mount (that is, the part that doesn’t lie against the center section bulkhead). I figured this would give me a hole that was roughly oval in profile when viewed from directly behind – and it did.

After thinking over a few ways to enlarge and finish the passthrough holes in the bulkheads, I decided to just lay out the required vertical size of the holes and go ahead and enlarge them with a Dremel cutting bit. Originally I’d had thoughts of carefully enlarging the holes so they were just large enough, but that would require a ton of trial and error. Furthermore, I could enlarge to the expected vertical size without getting anywhere near edge distance issues, so I figured there was no need for the tedious trial-and-error.

Here’s a (horribly blurry) photo of the enlarged holes in the center section bulkhead: 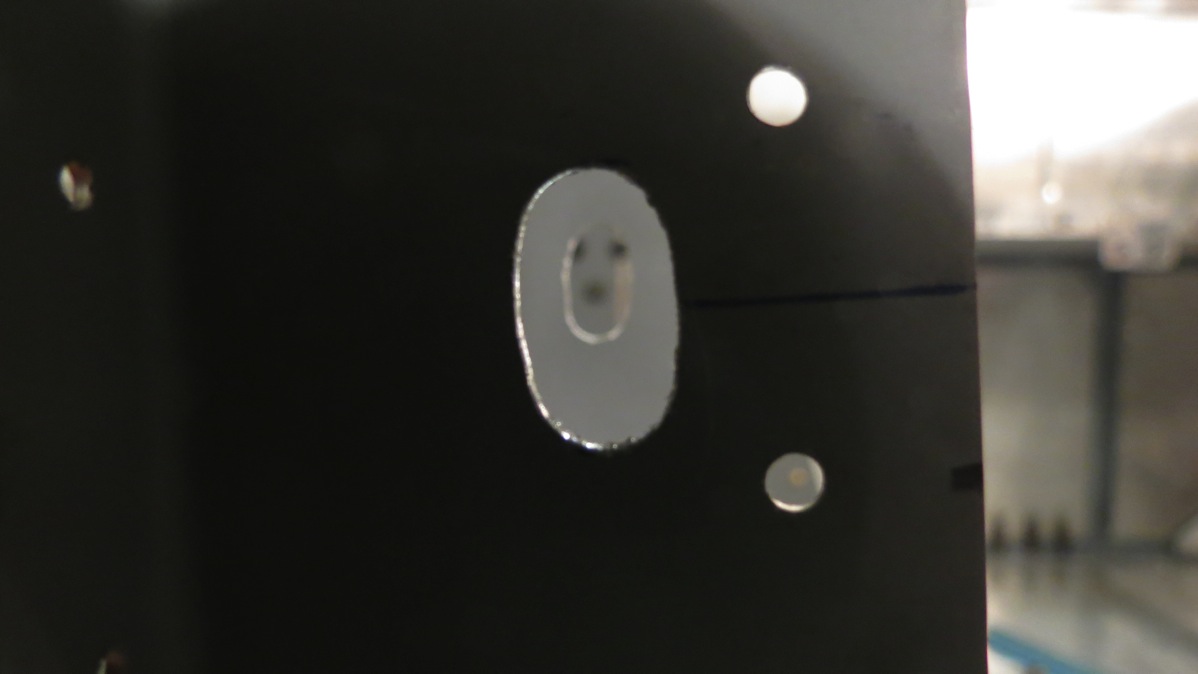 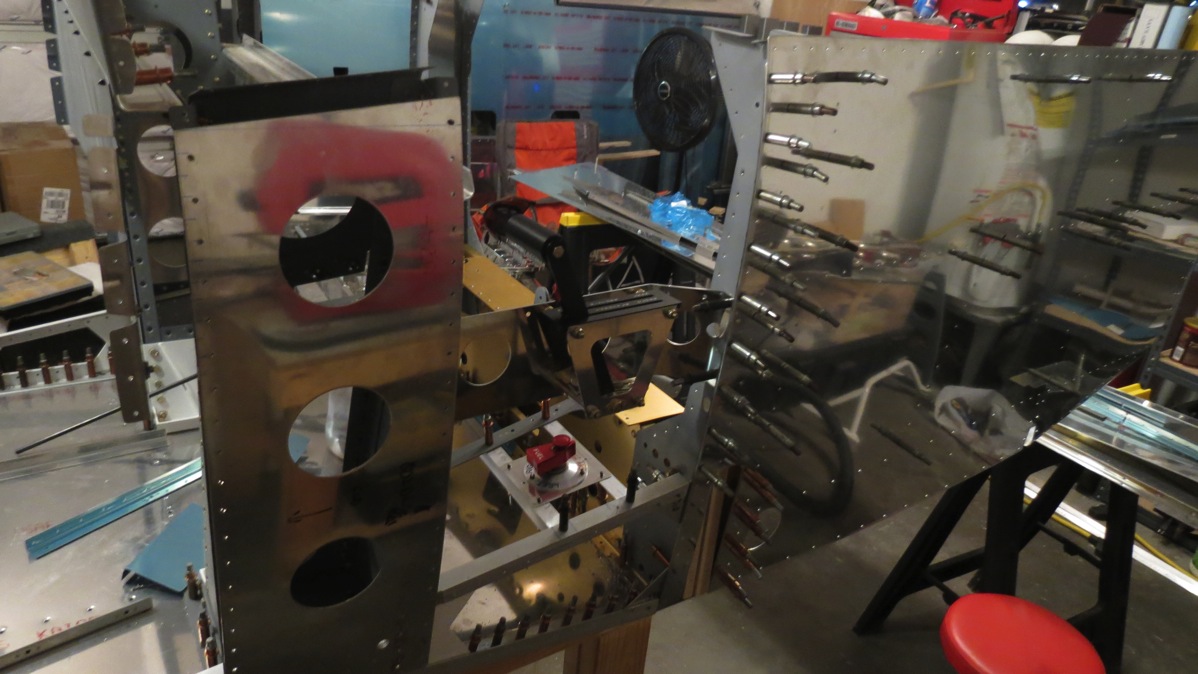 I finished the night by laying the linkage tubing out, cutting it to length (being conservative, since as always, removing material is much easier than adding it back), and drilling and tapping the ends for the rod end bearings. Tomorrow I should be able to work out final positioning of the forward quadrant, and drill the new linkage holes in both levers. Once positioning is finalized, I can fabricate the new top cover plate for the forward throttle. That should be fun, as it’s a bit more complex of a piece than the rear throttle mount plate that I spent so much time on the first time around…