Well, didn’t get a lot done today. I got a bit of a late start, and after a couple hours work I broke for dinner, and about the time the power went out for what ended up being four hours or so. That kind of put a damper on the possibility of working into the evening…

Anyway, drilling the rails was kind of interesting. The instructions call for positioning them so they’re flush with the mid side skins, but with the rails clecoed to the tops of the center section bulkheads, there was 1/8” or more between them and the mid side skins. I was able to push on the longerons and bit and move them in close, which leads me to believe that the reinforcing plates between the skins and bulkheads aren’t quite sitting fully flush with the bulkheads. So I ran a ratchet strap around the fuselage and was able to use that to pull the longerons into proper alignment. I also used the strap to pull in the longerons at the gear towers, and drilled the five holes at the top of each tower to the longerons.

Funny part was, as soon as our dog saw me sitting in there, he climbed up the stool to investigate, apparently trying to get in with me. Sorry Dude, it’ll be a few years before you can ride in here: 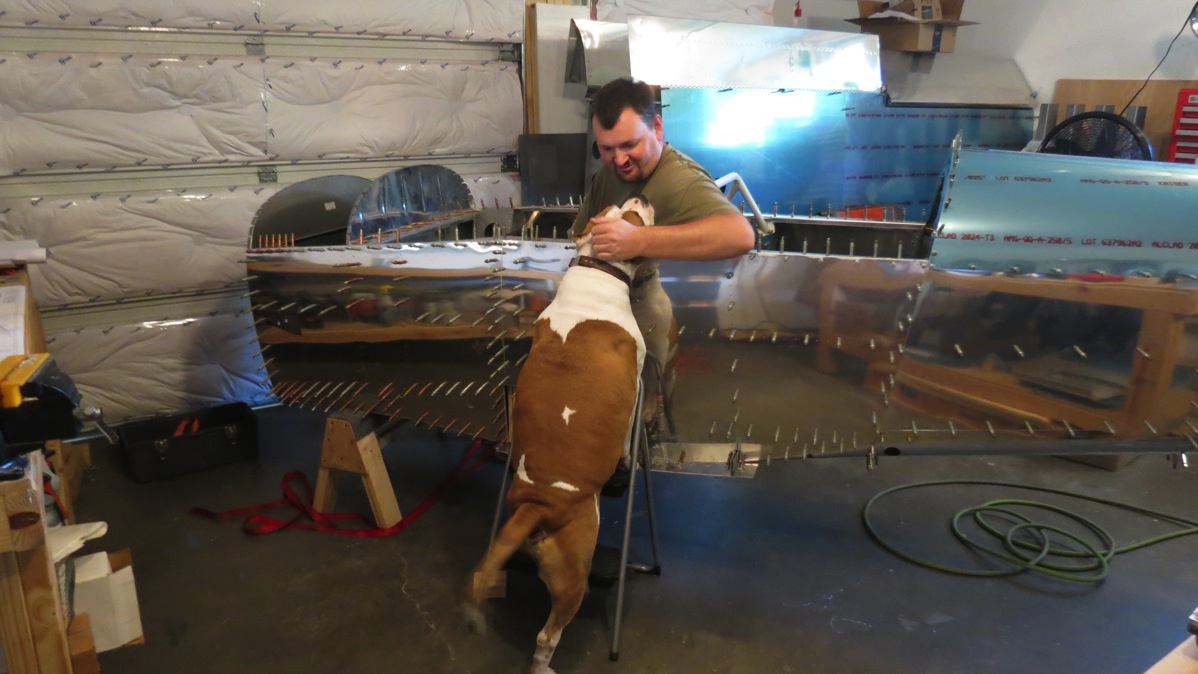 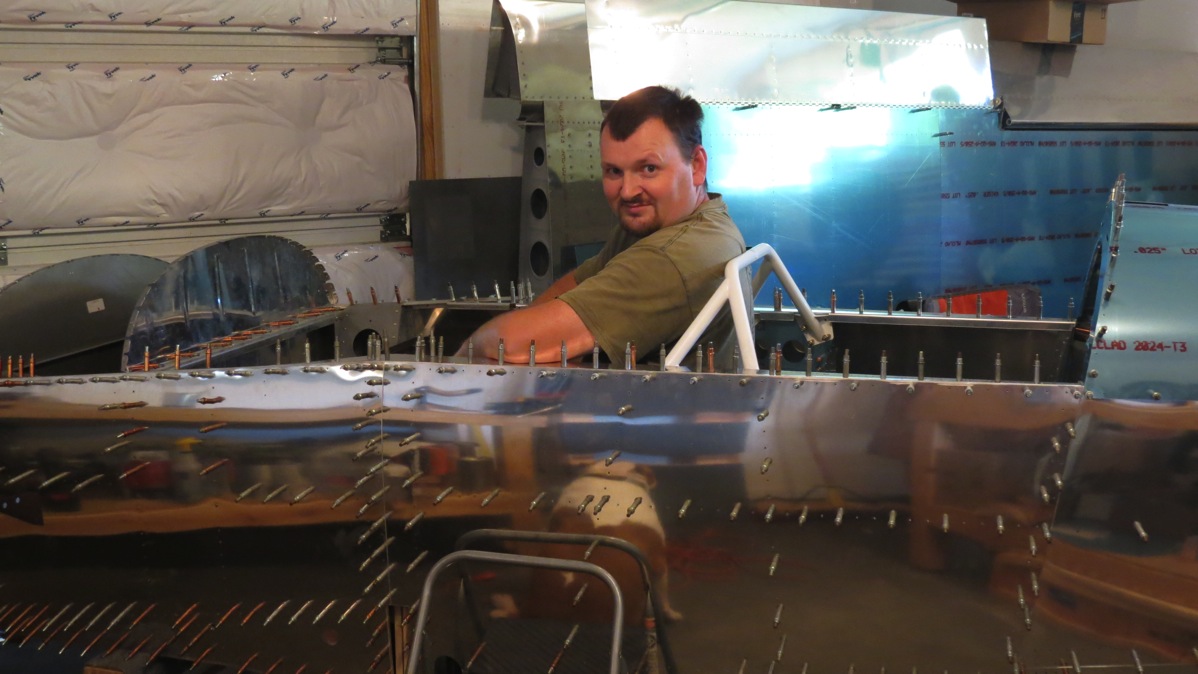