Well, this was mostly a day spent stress testing my air drills and compressor. Prior to that, though, I made a Home Depot run for some lumber, with which I made a couple of sawhorses. Now that I’ve finished drilling the tailcone, we’ll need to move the fuselage to these so it sits low enough for me to easily lean inside and do some drilling from in there. The sawhorses are specially-made for this job; one of them is 3’ wide but only a foot tall, and will sit under the forward end of the fuse, while the other is 2’ tall but only a foot wide, and it will support the tail. These should result in the fuselage being roughly level while it’s on the horses. I’m going to add some angle-cut blocks on the tail horse to help hold the tail securely, so that will allow me to adjust the level attitude if I wish – though there’s no particular call to have it be level right now.

Anyway, these are the saw horses: 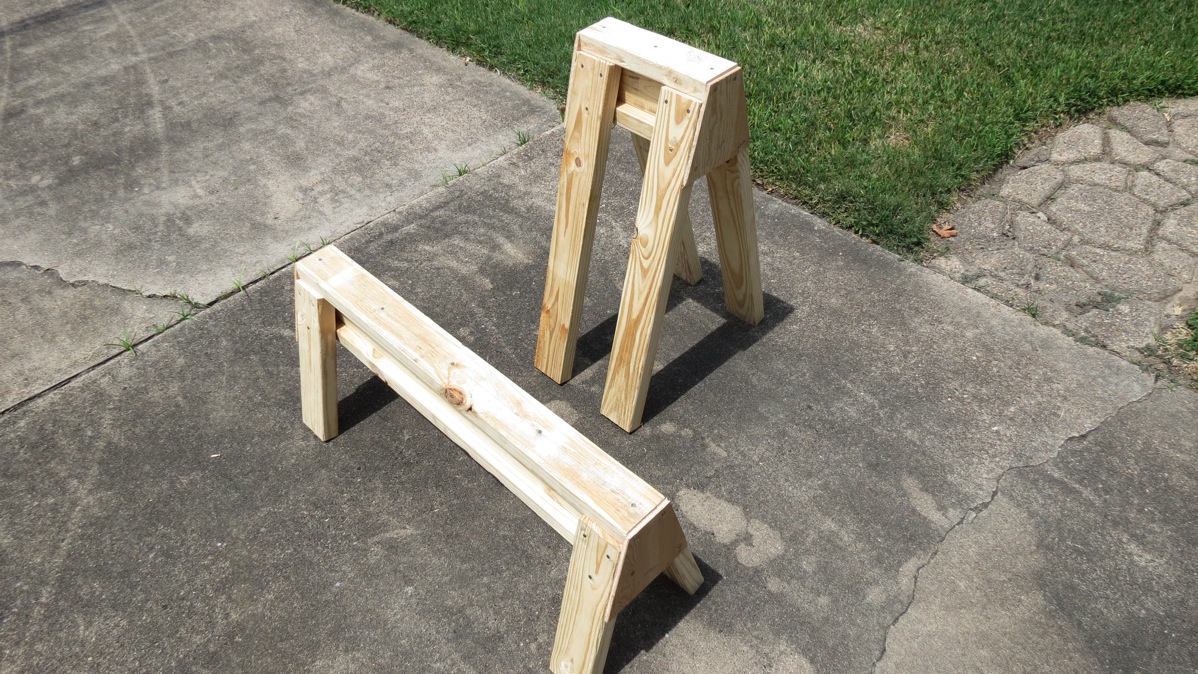 And now back to the fuselage. With all the drilling done on the forward side skins, next the mid side skins get drilled. First the upper longerons are drilled in assembly, then all the other holes get match drilled. Next up are the aft bottom skins; these are lots of fun since I basically have to lie on the floor while drilling. And then the real fun begins, drilling the aft side skins to the longerons. This isn’t particularly challenging, there are just a l-o-t of holes. Once I got my drilling rhythm down, I think the compressor was usually running for 10+ minutes at a time. It actually got to a point where moisture was blowing through/out of the drill; I guess the air in the tank was so saturated that the water was condensing as the air expanded in the hose. I guess I’ll be wanting to go ahead and drain that tank again soon…

Here’s one of the longerons clamped to the aft side skin prior to drilling: 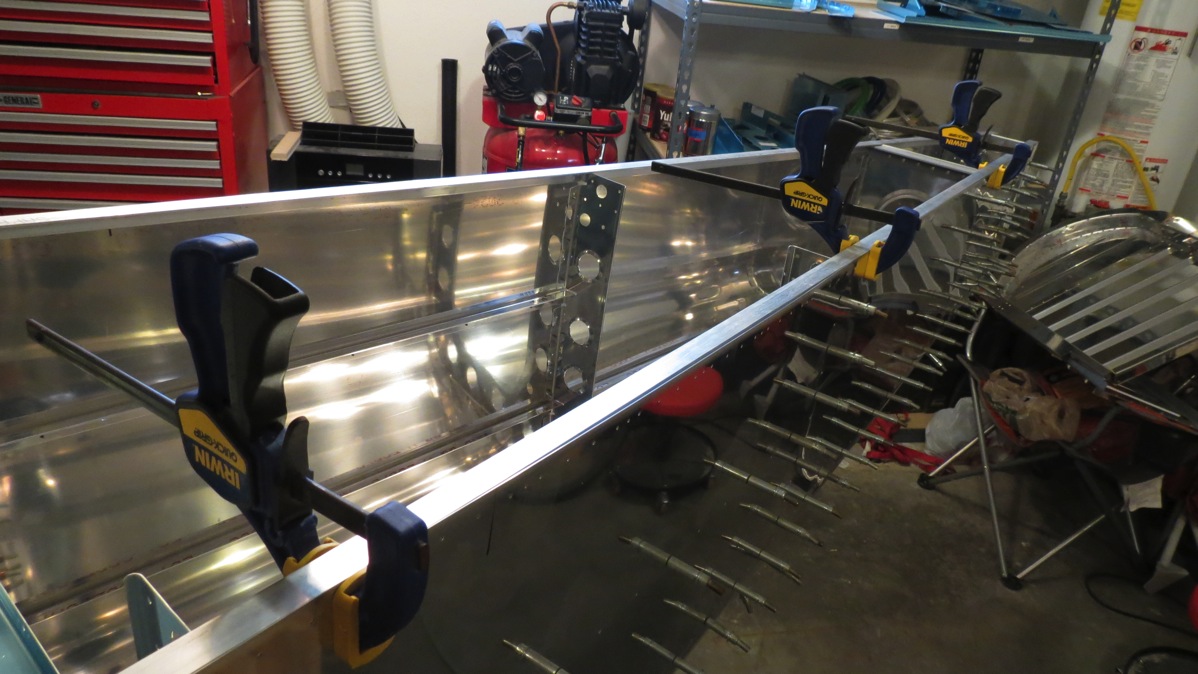 And a forest of clecos on the other aft side skin: 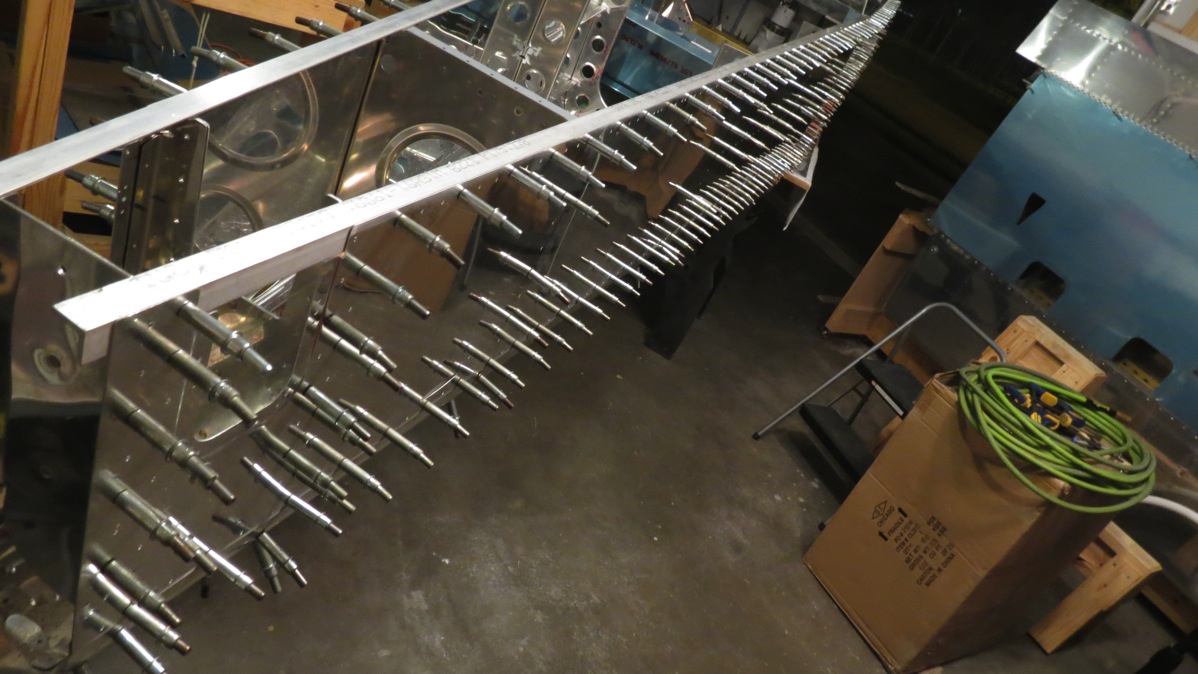 Speaking of clecos, these are all the silver ones I have left over after all this work, with the exception of a can of pretty junky ones on a shelf somewhere. Hopefully I don’t have to use those, I don’t want them fraternizing with my nice shiny clecos: 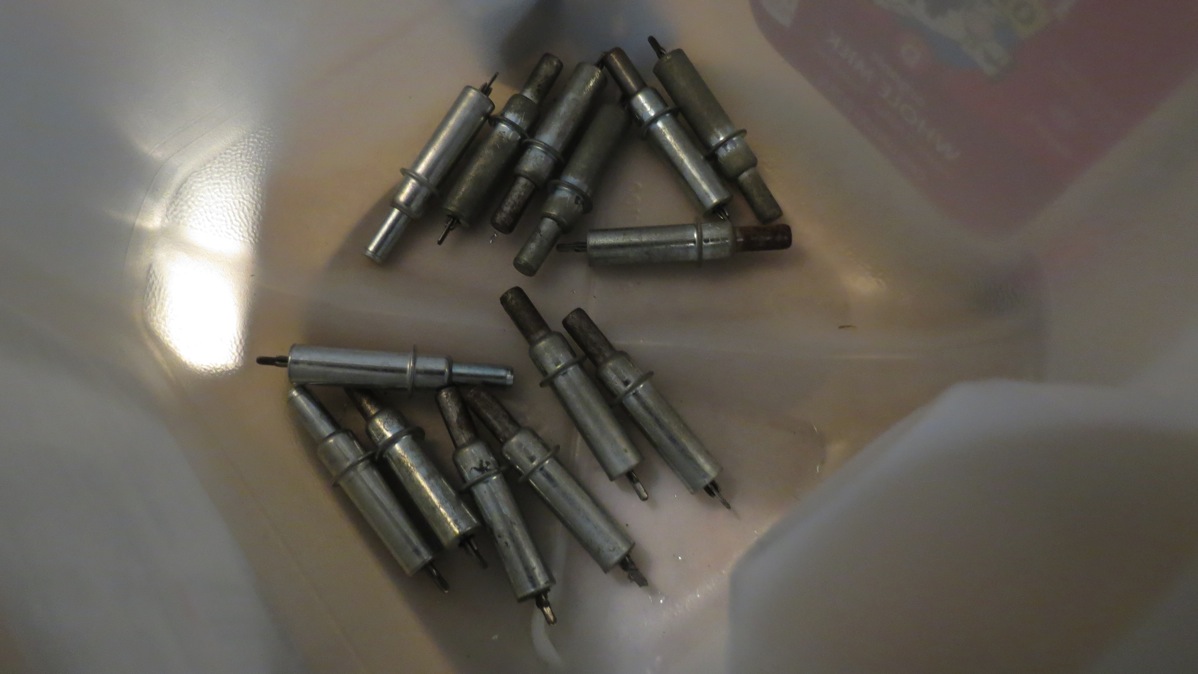 I think tomorrow we’re going to go to an AOPA safety seminar in the evening, so I suppose Tuesday we’ll move the fuselage assembly out of the garage, get the floor swept (all that drilling made a ridiculous mess), and then get the fuselage set up on the saw horses. Pretty soon the aft top skin will go on, along with the cockpit roll bars, and at that point I think I’m going to have to throw a pillow or something in there and sit in this thing for the first time.