Whew…that was a good day’s work for sure. Started off this morning by cleaning and priming all the associated center section parts. That was a little bit tough…when I started cleaning the parts, it was bright and sunny. Halfway through, a random rain shower arrived. Fortunately, it didn’t last long, and soon I was able to finish cleaning the parts. Then another rain shower arrived. It was pretty obvious that leaving the parts outside to dry was unlikely to be successful, so I brought them in the garage. So drying took longer than usual, and then I had to shoot primer inside the garage with the door open, as the sporadic rain kept on coming. Finally I was able to close the door and get the air conditioner going.

After a break for lunch, the garage was cooler and I started riveting. The forward bulkhead assembly is simple, consisting of just three pieces. Didn’t take long at all: 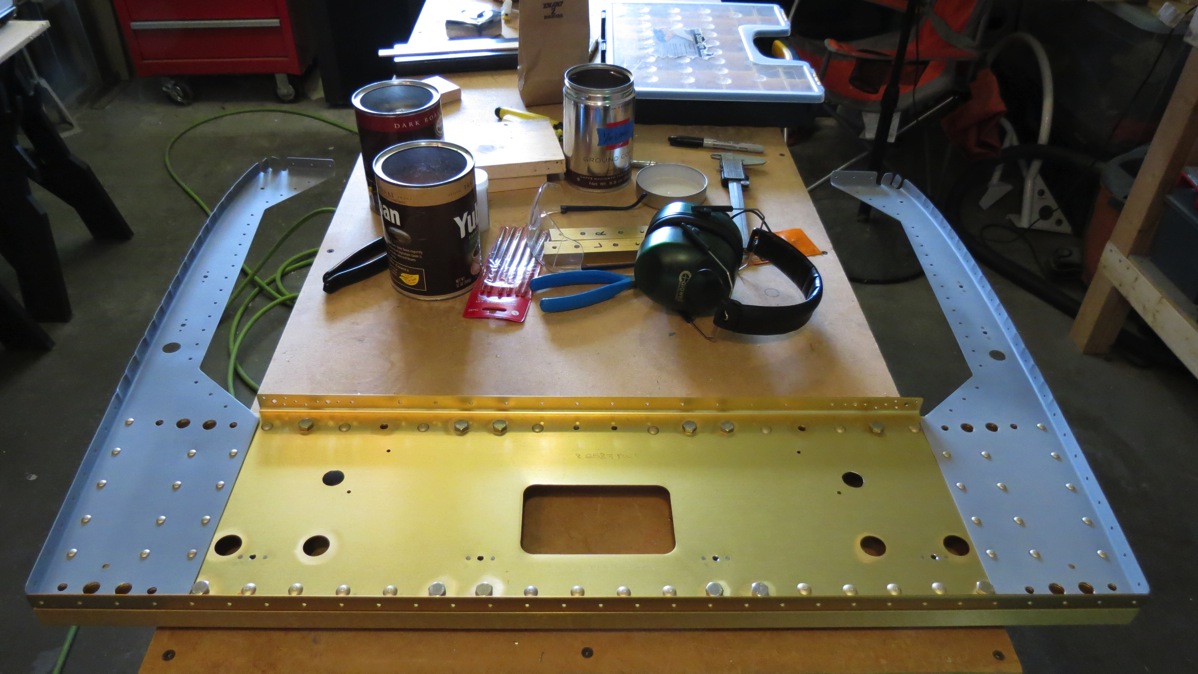 The rear bulkhead was more fun. For one thing, there are more components; here we also have the seat ramps and floor support angles, and then there’s my doubler repair just to make it more fun. It took quite a bit longer to get this together, working out all the different requires rivet lengths and such.

Here’s the completed doubler repair; it rivets partially in assembly with the floor support angle. Forward side: 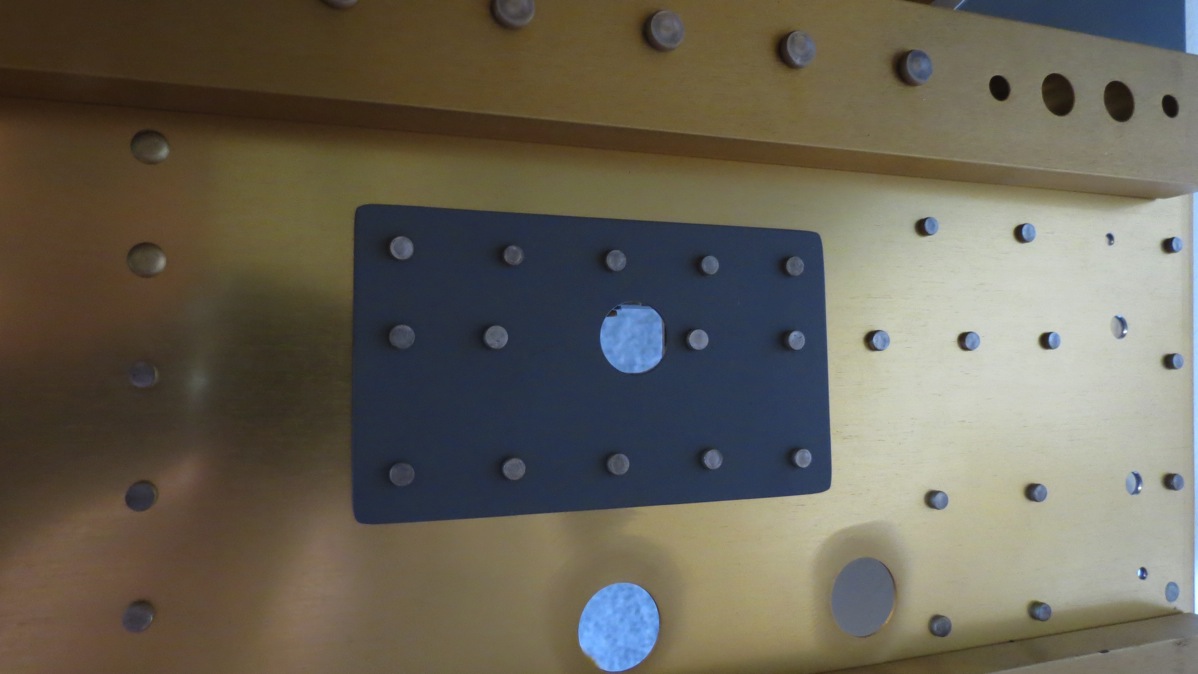 And the aft side: 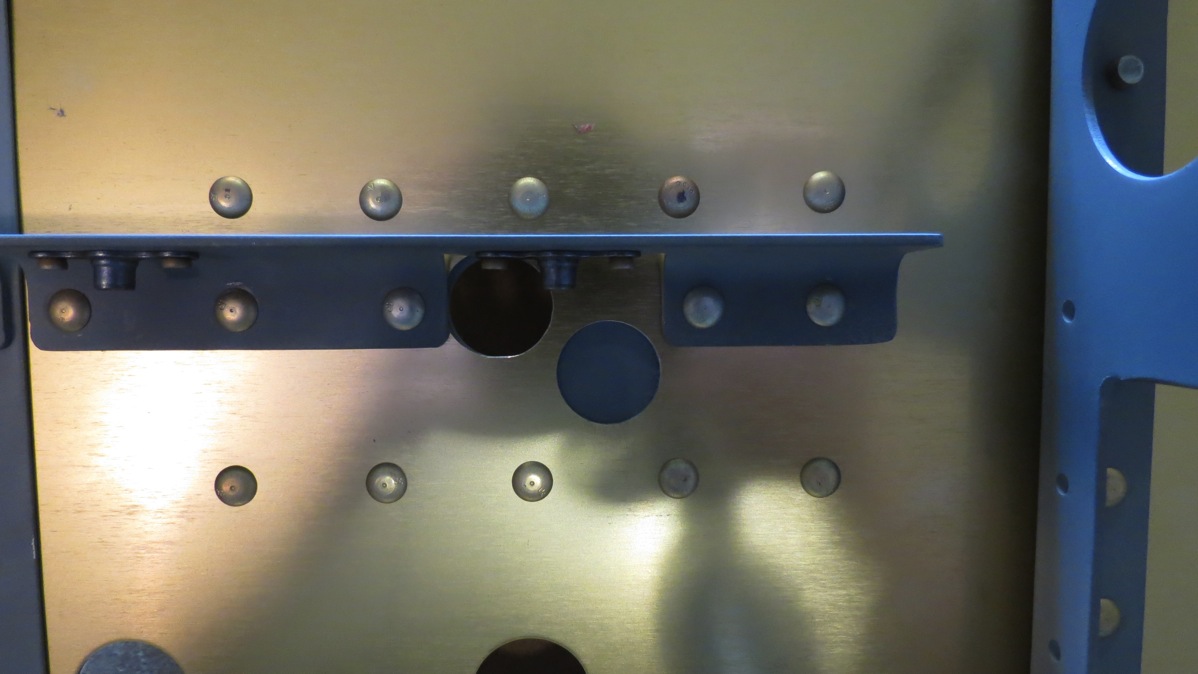 And the completed aft bulkhead assembly: 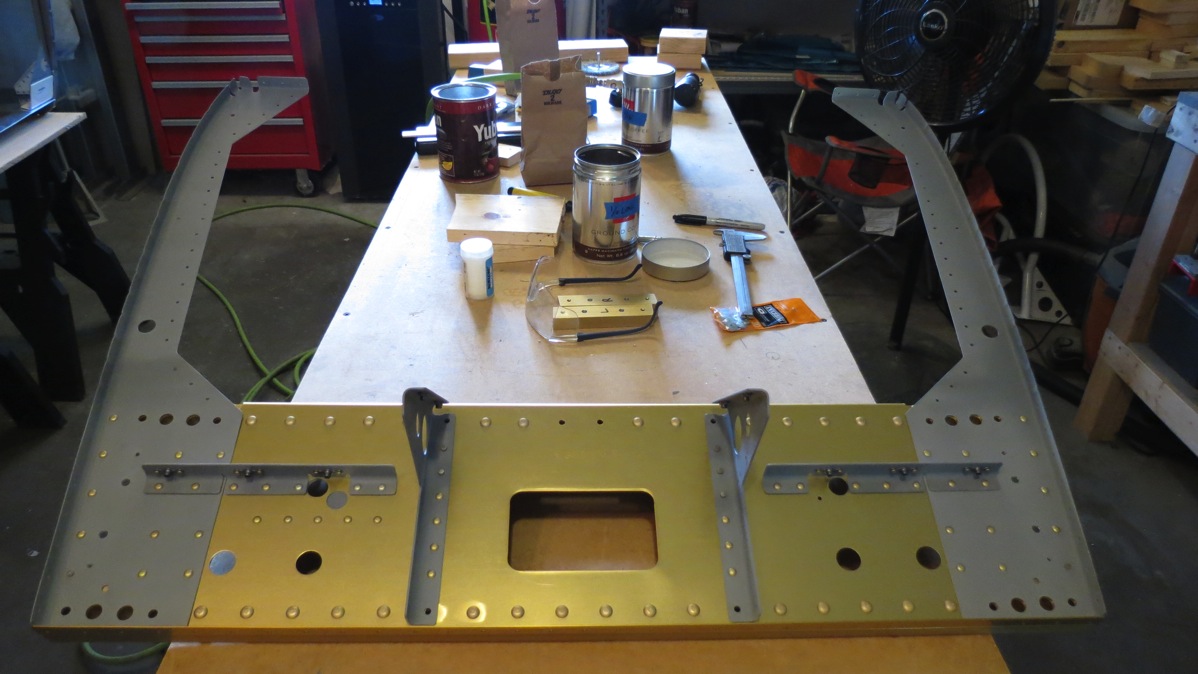 Next up, I needed to fabricate spacers to simulate the wing spars. These are used to ensure proper spacing between the center section bulkheads during assembly. To be honest, I’m not sure these are needed for the prepunched kit. Some VAF research indicated that others felt that the spacers were a holdover from the non-prepunched kits. That same research also indicated that no one had actually tried building without the spacers. I guess no one wants to go to fit the wings after 1500 hours of work and find out they don’t fit. That’s pretty much the camp I found myself in.

I fabricated the spacers mainly out of some poplar pieces from Home Depot, with space in between to add washers and shims to get the thickness just right. Here’s one half of a spacer assembly with the shims in place: 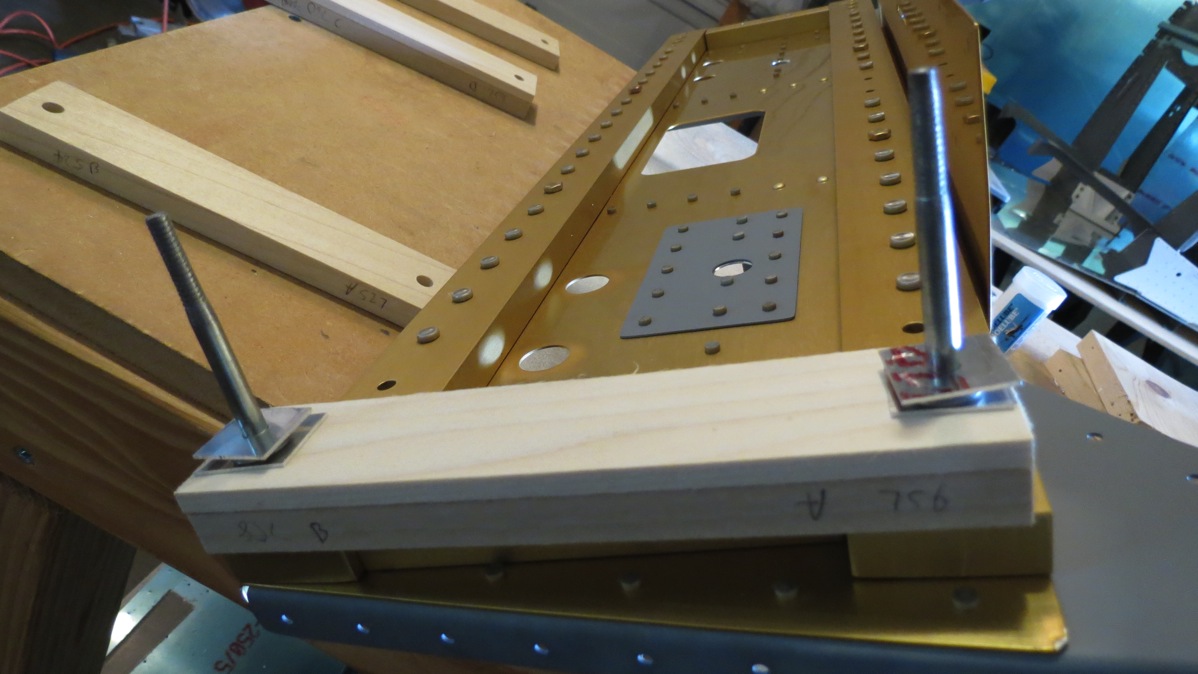 And with the second spacer half in place: 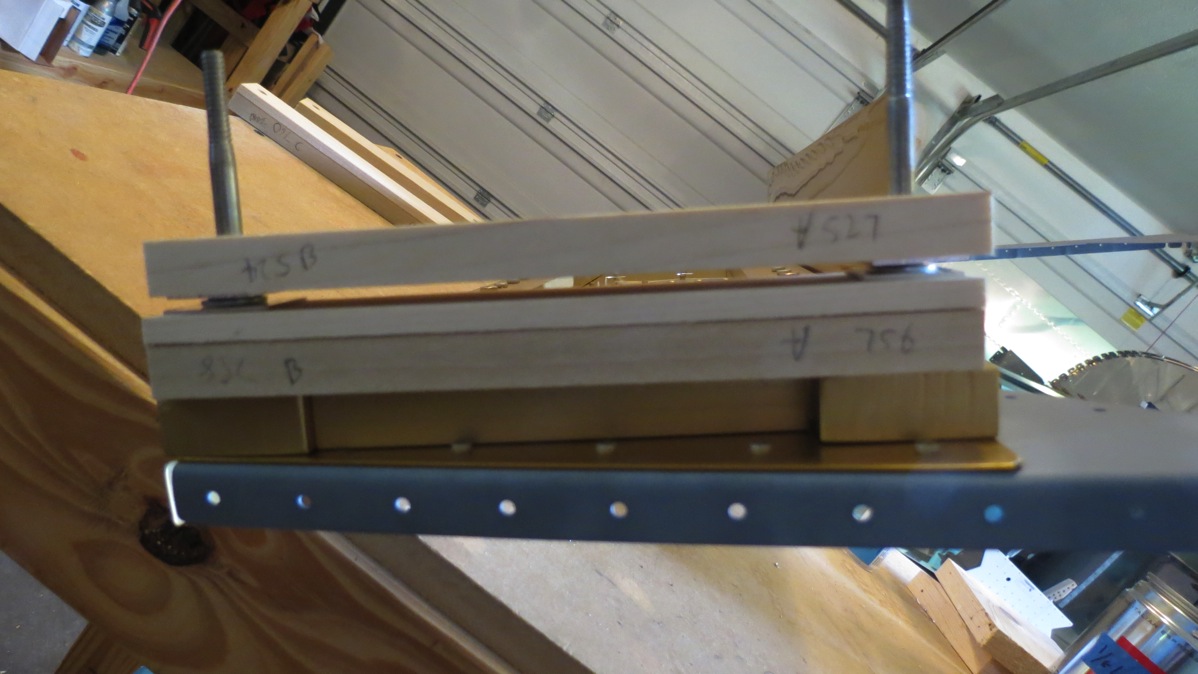 And now the two bulkheads get assembled around the spacers. I initially used hardware store bolts with the threads ground off as locating pins (shown above), then replaced each pin with the proper NAS close-tolerance bolt once everything was together. Then I match drilled the common holes between the top flanges of the two bulkhead halves, pulled the halves apart to deburr and countersink the holes, then put it all back together yet again. As commanded by the instructions, this time I also bolted the seat belt lug, spacers, and control mount in place. This came back to haunt me once I started riveting the two halves together, because those bolts are in the way of squeezing the two inboard most rivets: 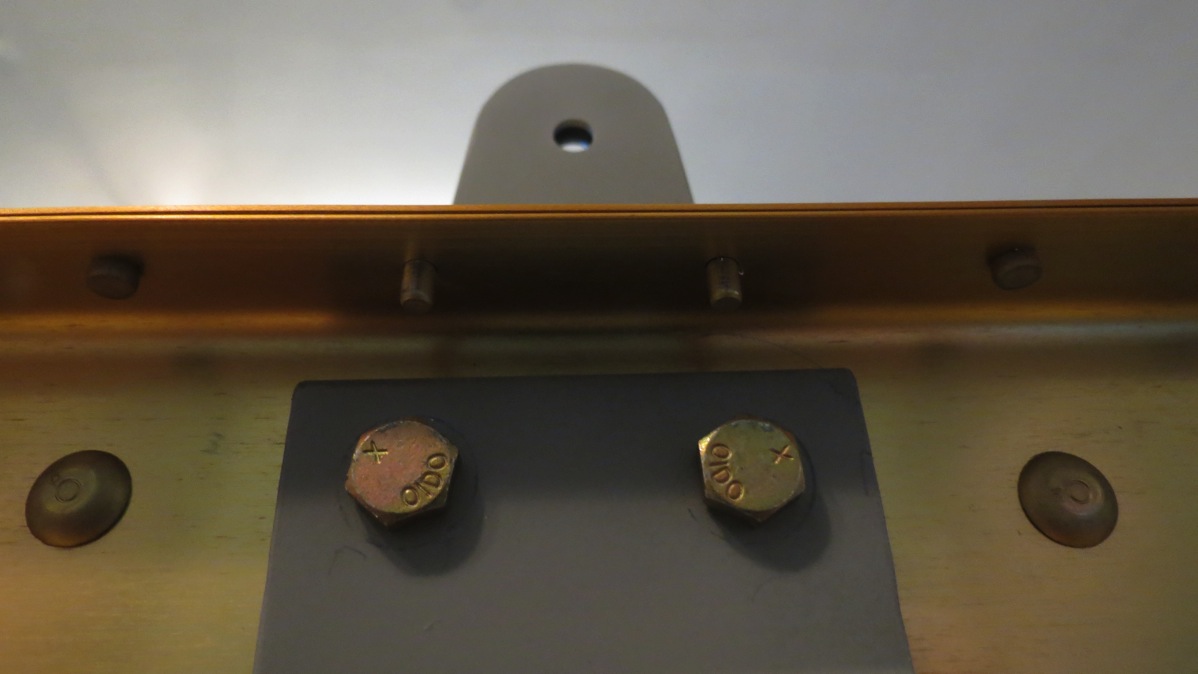 So I got to remove those bolts (which I had just torqued about ten minutes prior), squeeze the rivets, and then put them back. Not too bad, but mildly annoying.

Anyway, that completes the center section assembly! On the bench: 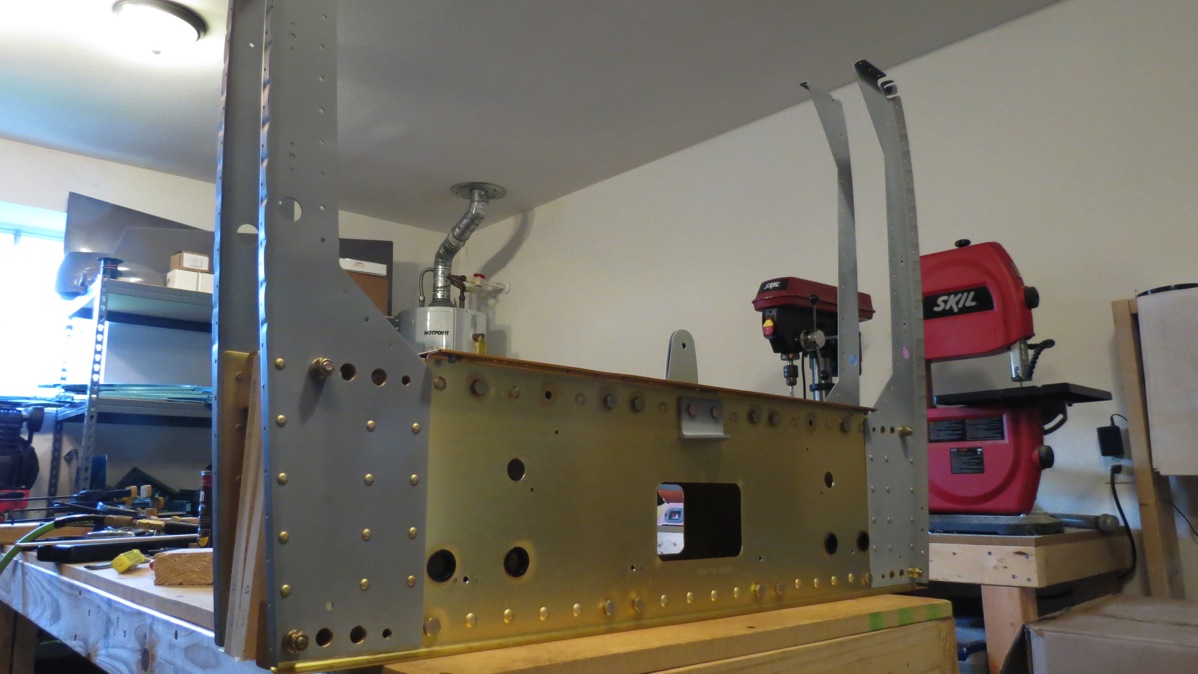 Clecoed to the forward floor assembly for safekeeping: 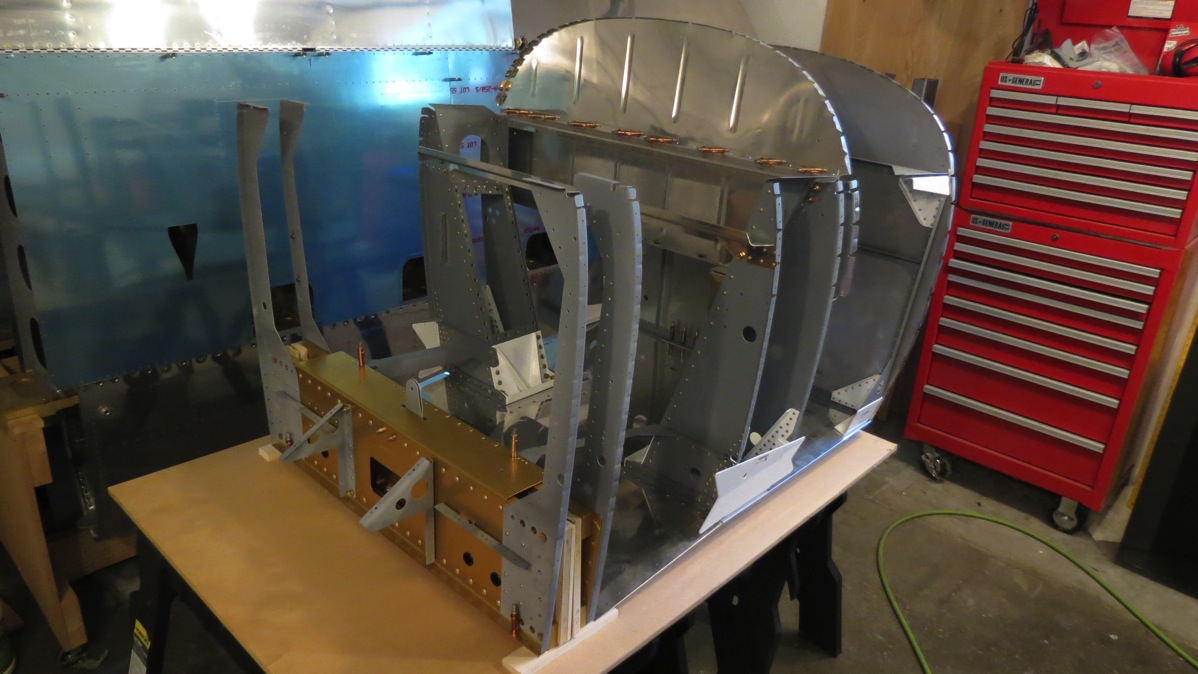 And now it’s back to work on the seat rib assembly. Tomorrow, that is. For now, I’m tired and hungry.