I’d kind of hoped to get all the nutplate holes drilled tonight on the gear towers, but that didn’t really work out. It was kind of tedious to get stuff lined up on the doublers – just try holding a nutplate that’s attached to nothing while tightening a screw to hold everything in place. There are jigs available to make it easier to do this stuff, but they’re like $50 apiece, and so far I’ve always managed to convince myself that they’re not worth it. Tonight was the first time I really found it tedious to deal with this task.

Anyway, here’s one of the doublers with the nutplates in place: 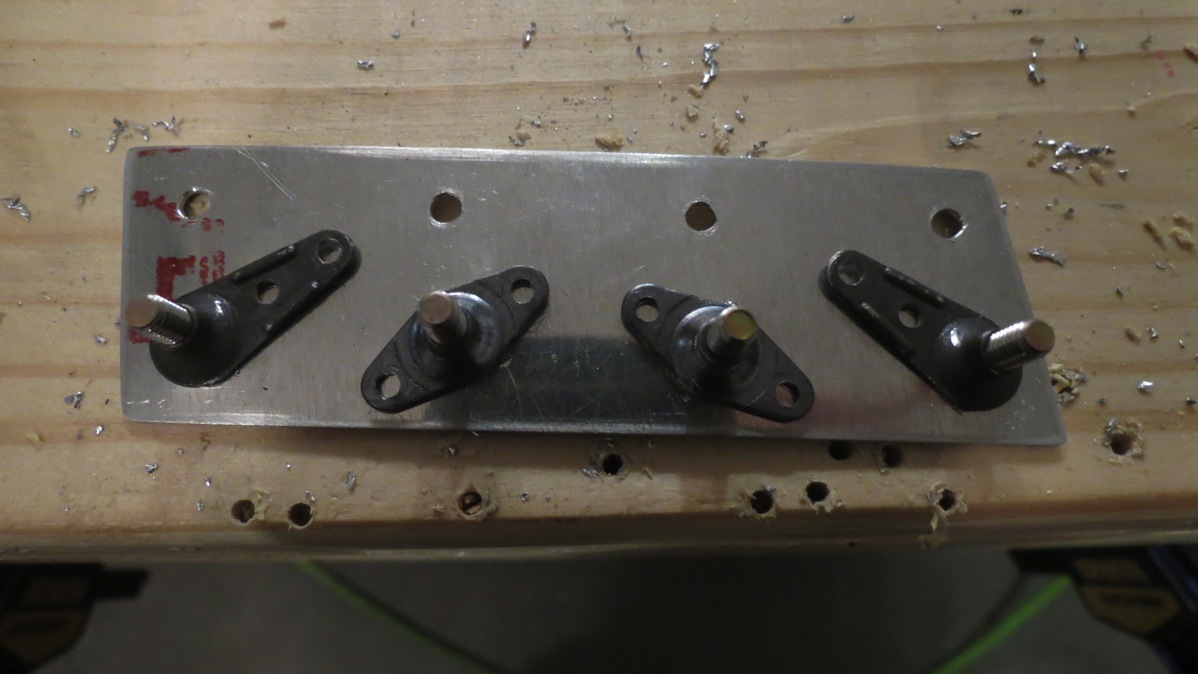 I spent so much time on the doublers that I only made it through one of the four angles before deciding to call it a night. Fortunately, the angle went a lot faster, and I can probably knock out the rest of these in short order another night: 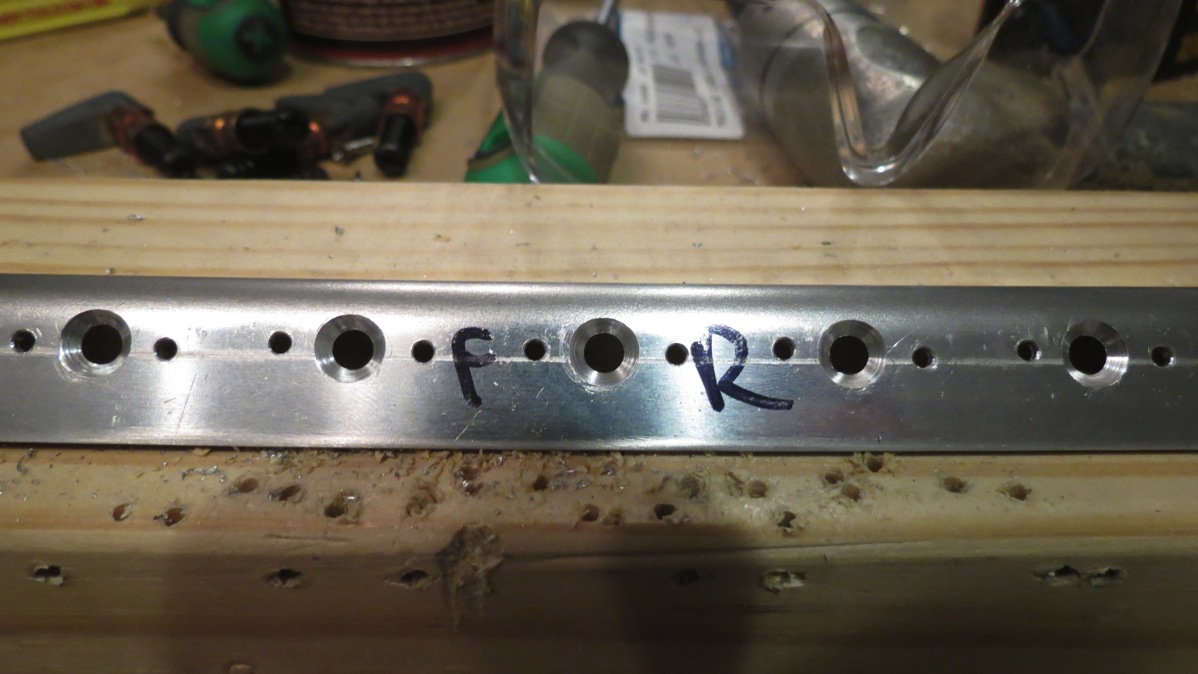