As mentioned last night, today’s weather was gorgeous, so my main objective was to get the parts for the forward floor and cooling ramp primed. But that took hardly any time at all, so I spent most of the day working on the right gear tower. I’m modifying my towers, as many other builders have, by making part of the tower face removable. There’s quite a bit of work that has to be done inside these towers, from riveting stuff together in the near term to routing fuel lines and torquing gear bolts in the long term. Normally, all of that work would have to be done working through the lightening holes – not a fun prospect.

The basic idea for this mod is the cut the tower face into three sections, making the center section into the removable cover. The existing rivet holes are drilled up to #19 for #8 flush screws, and doublers are fabricated to allow for nutplates at the top and bottom of the cover. 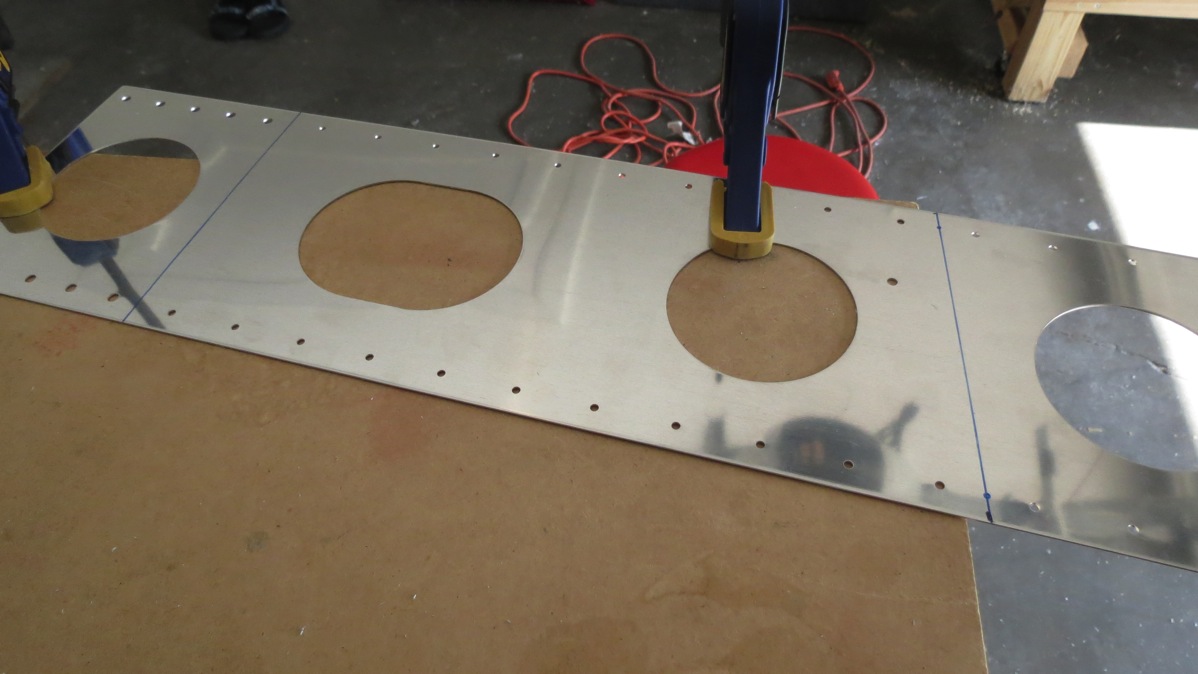 Here, I’ve marked the cut lines on the right tower face. My initial plan was to make the cuts using a special thin cutoff wheel in my Dremel, so as to minimize removed material, which would leave a gap between the pieces later on. But that didn’t work out to well; the wheel kept binding in the cut, and about the third time this happened, the flexible shaft I as using snapped. Can’t really make these cuts without that shaft, so this was a problem. But after making a test cut in scrap with the bandsaw and comparing, the amount of kerf was essentially identical between the cutoff wheel and the bandsaw. So I just did the rest of the cutting with the bandsaw. 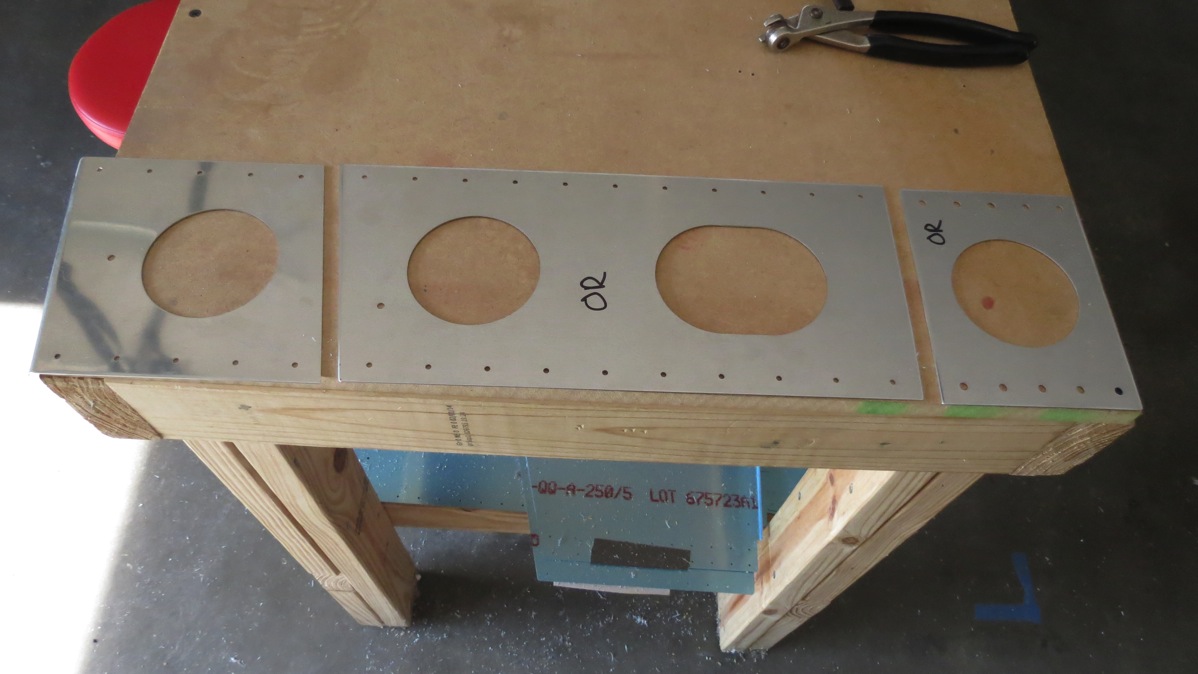 Cut are now finished. To the left is the top of the gear tower. The center piece will be the removable plate, and the right piece will be concealed behind the inner gear weldment. 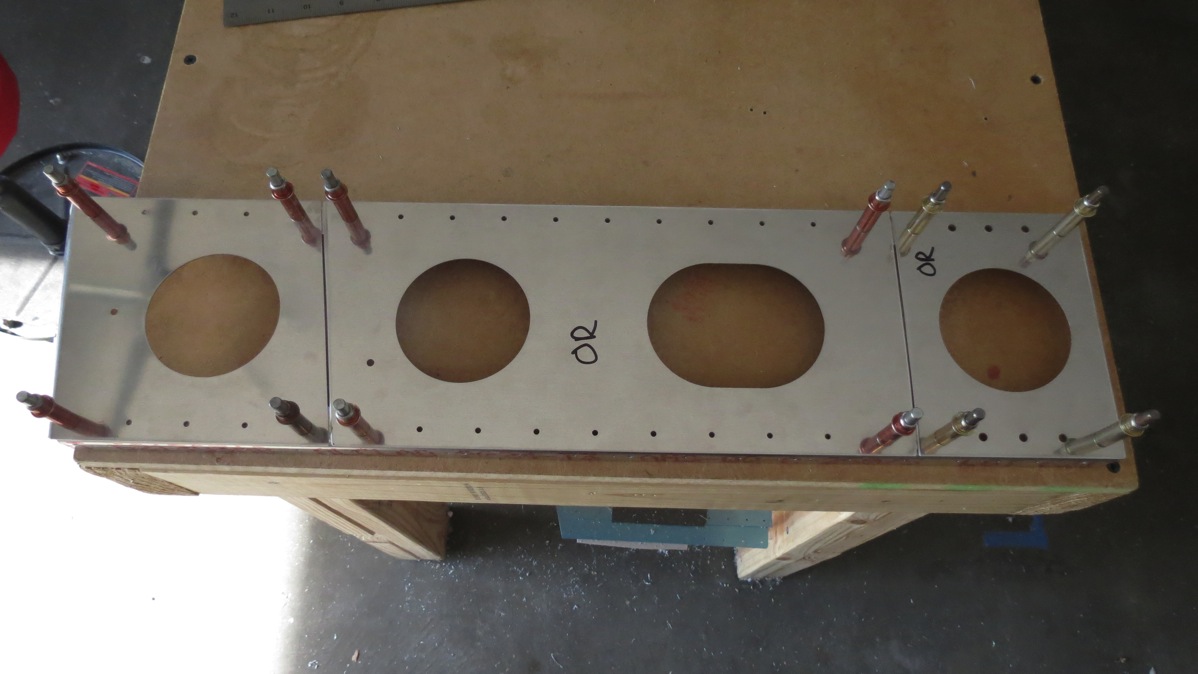 All three pieces clecoed to the corner angles so I can fab and fit the doublers. 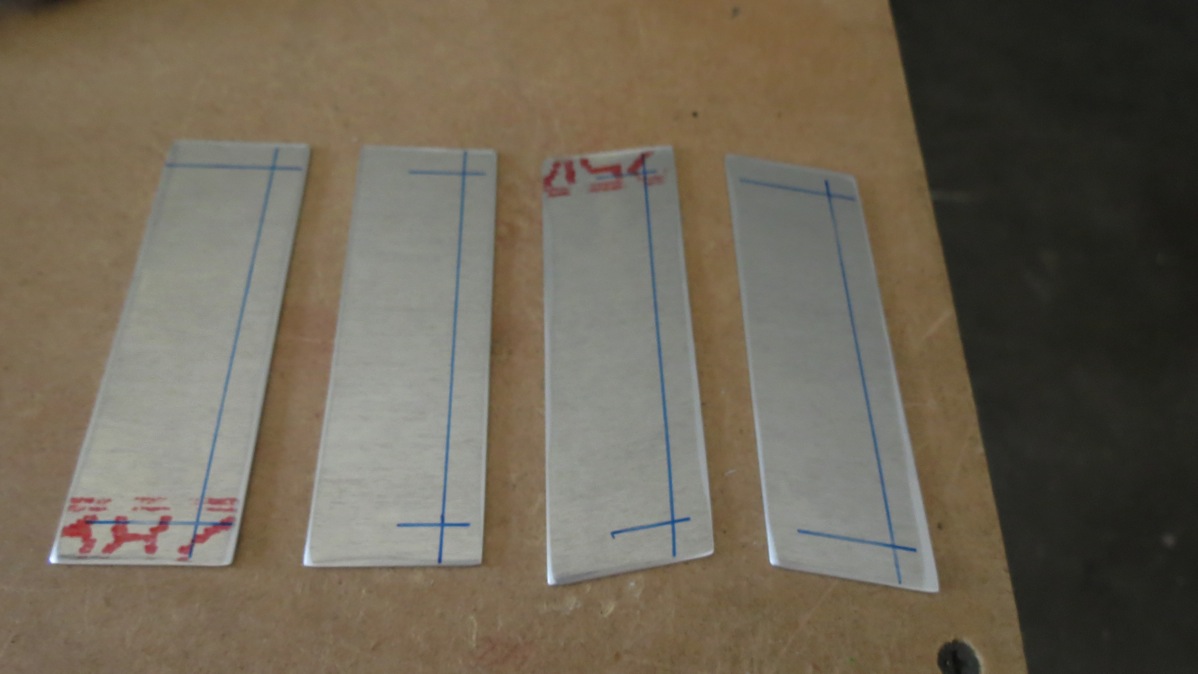 Doublers fabbed from .040 alclad and marked for initial rivet holes. 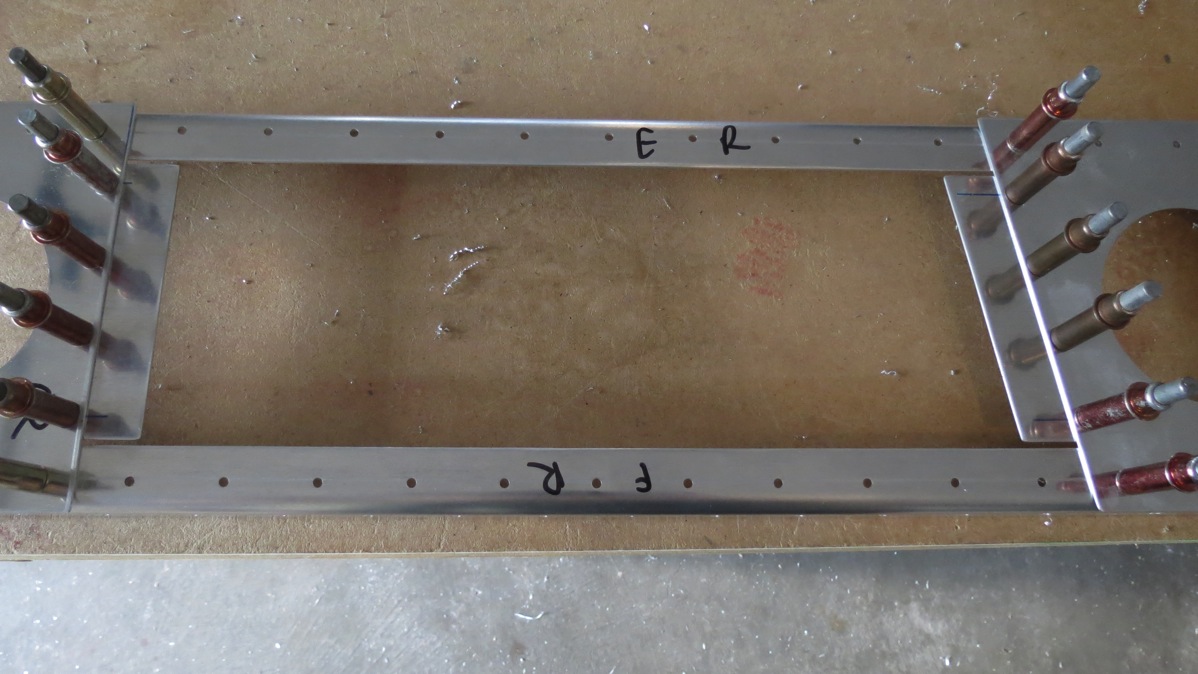 Rivet holes done and match-drilled to the tower face sections, time to fit the cover plate.

After clecoing the cover plate on, I clecoed the entire tower structure together and match drilled all of the holes, then drilled the cover plate holes out to #19 for the screws. I meant to take a photo of the assembly, but I forgot until I’d already torn everything apart and started deburring, so all I have is a picture of a pile of parts: 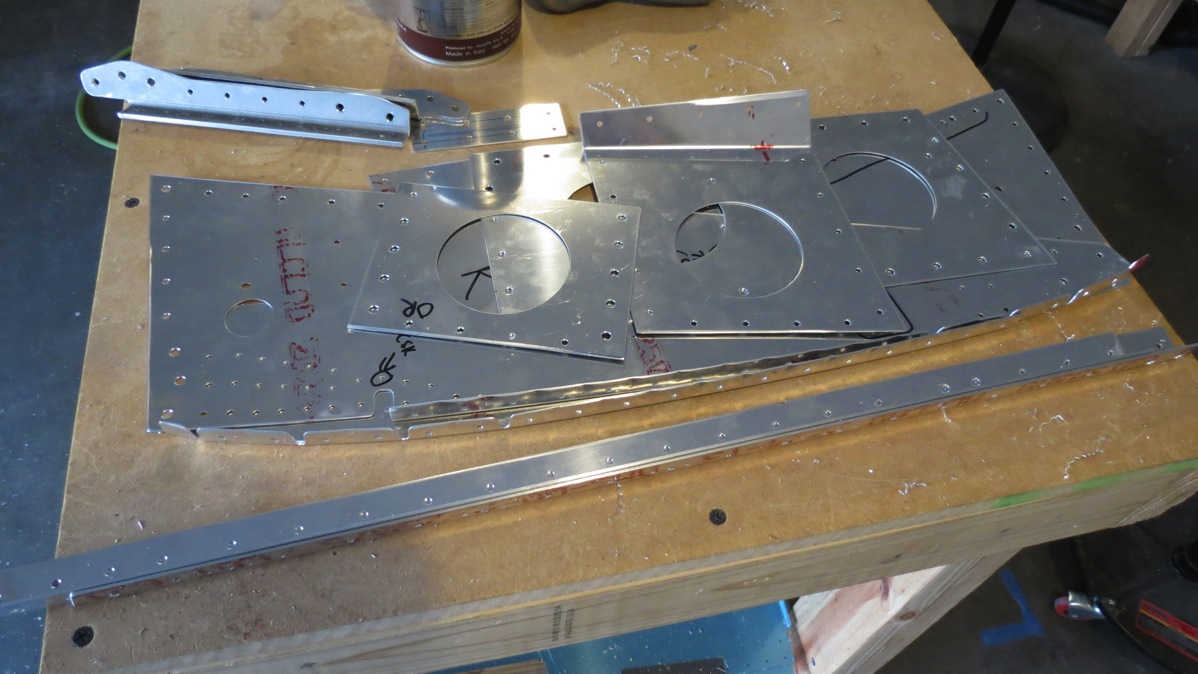 I still need to dimple/countersink a bunch of stuff, in addition to drilling all the nutplates for the cover attachment. And then I have to repeat all of this for the left tower.