Got in my stuff from Spruce today, including the length of P4 hinge I needed to replace the inboard wing-side hinge halves. The replacement was slightly more complicated than one might expect, mainly because as delivered, the P4 hinge is actually a bit too wide to use as-is. The portion of the flap brace that nests with the skin is pretty short, which limited the space for the hinge to sit on. So I actually ended up trimming the new hinge at a slight angle to account for the flap also being at a slight angle to the wing. 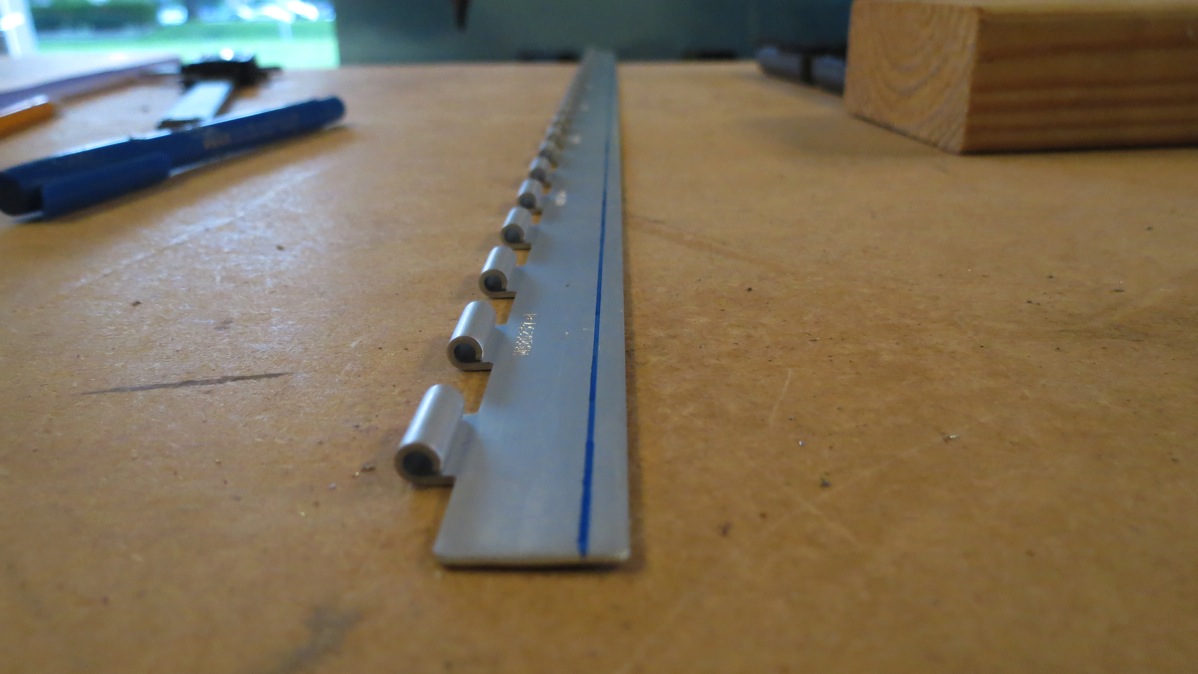 Doing the actual drilling was pretty simple, though, much better than the initial drilling. Since I was only replacing the inboard half of the hinge, I could leave the outboard half in place and let that keep the flap aligned. I didn’t even take the wings out of the cradle for this, just removed the bad hinge half, attached the new half with the hinge pin, clamped the inboard end in place, and did my drilling. Then I pulled the new hinge half, double-checked edge distances, deburred, and reinstalled.

Now I can really and truly focus on the fuselage!